What History Tells Us of Thailand MotoGP - bookf1.com
Please wait...

WHAT HISTORY TELLS US OF THAILAND MOTOGP

The Thai Grand Prix is one of the newest additions to the world’s leading motorcycling race community. With a Grand Prix now taking place at the Buriram International Circuit Motorsport Live takes a look at the (brief) history of this event, and what to expect ahead of this year’s race.

Top-level motorcycle racing has visited all four corners of the world and has grown in popularity through the Asian peninsula, assisted to the proliferation of the use of two-wheeled machinery in everyday life. MotoGP currently visits Japan and Malaysia, has in the past explored China, and is keen to tap into new markets in the region, with plans afoot to add a Grand Prix in Indonesia. 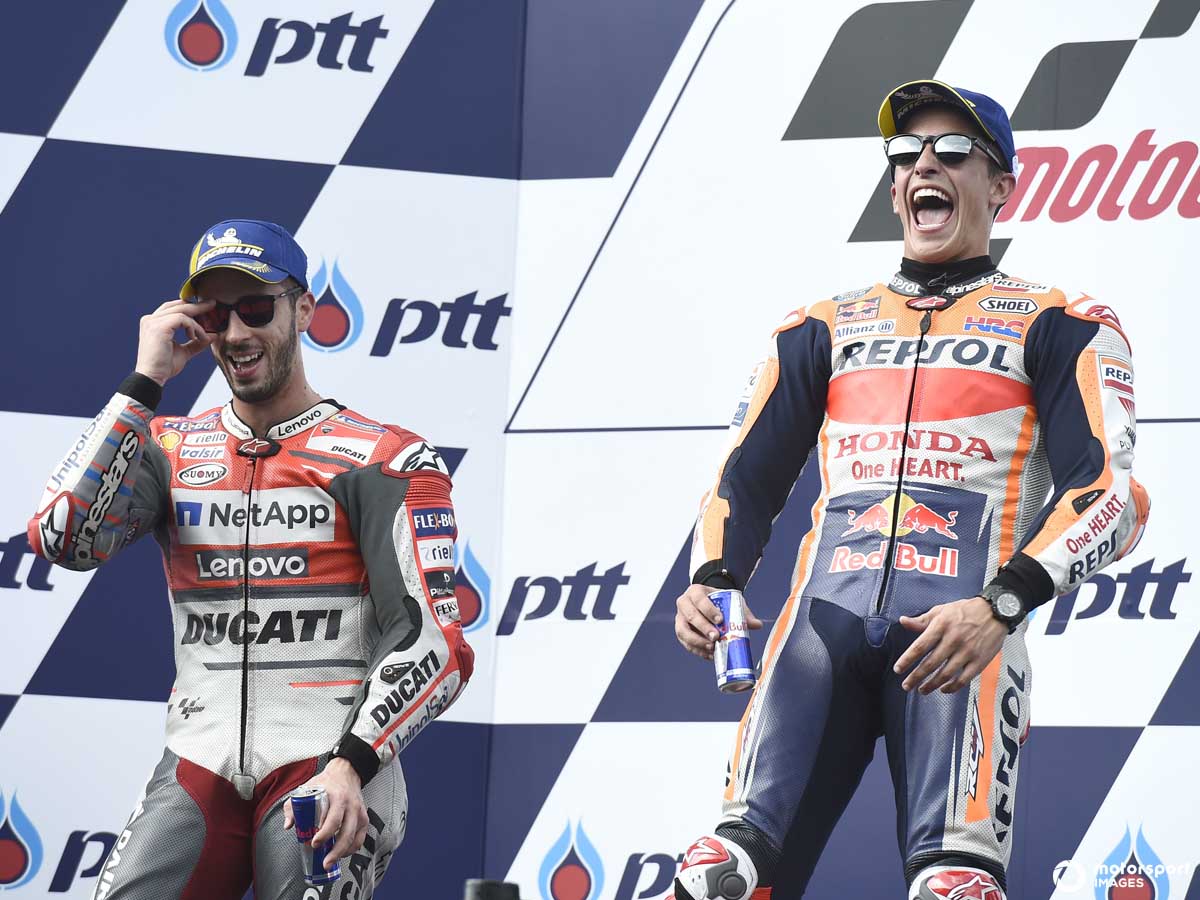 In 2018 Thailand joined the schedule at the 4.554km Chang International Circuit, better known by the Buriram moniker in which the venue is located, to the East of the country's vibrant capital city Bangkok. Its construction gave Thailand its first Grade 1/Grade A venue - homologated by both the FIA and FIM - permitting leading championships to race at the circuit.

First opened in 2014, it was the World Superbike Championship which brought leading motorcycle racing to the circuit and the country and in 2017 WSBK and MotoGP's joint-promoter Dorna Sports signed a long-term agreement that would bring MotoGP and its support categories to the 12-turn anti-clockwise circuit. A three-day test was held pre-season, involving all MotoGP teams and riders, allowing them to fettle their updated machinery while also gaining an understanding of the circuit's nuances. 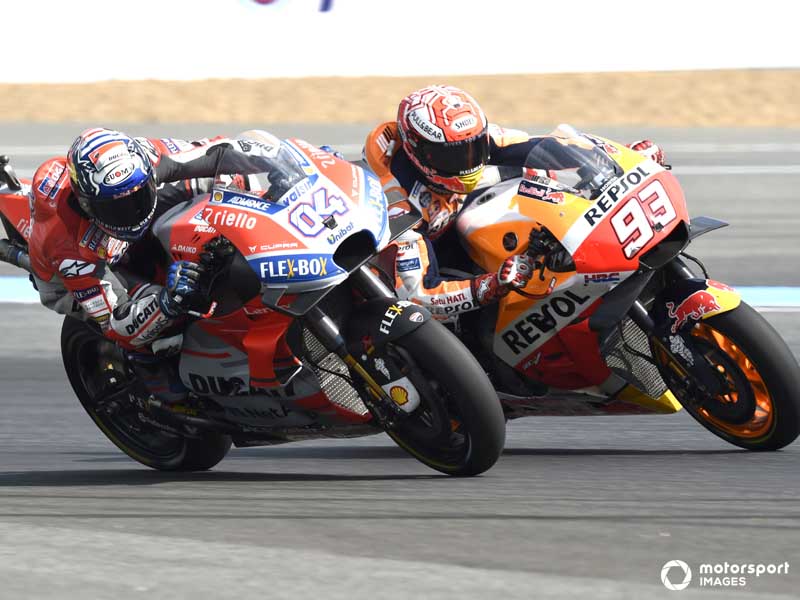 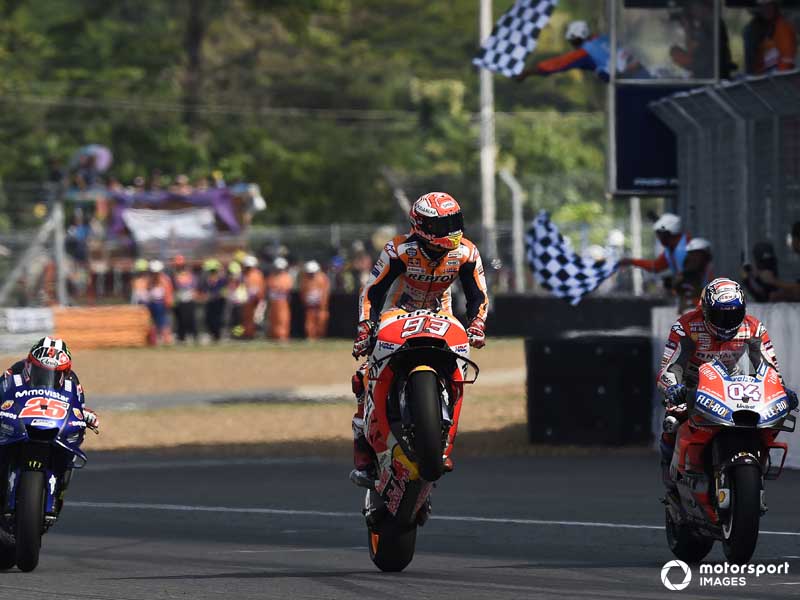 Last year's event, in typically hot and humid weather, delivered an all-time classic. Having been warmed up by the support events in Moto3 and Moto2, the MotoGP boys put on a show in front of a sell-out crowd. The long expansive straights and variety of corner durations and tightness exposed the strengths and weaknesses of the various front-running machinery, bringing pace-setters Honda, Ducati and Yamaha together.

To the delight of the partisan crowd nine-time World Champion Valentino Rossi worked his way into the lead on his blue-and-yellow Yamaha YZR-M1 as he chased victory at the 28th different circuit at which he has raced since making his premier class debut in 2000. Could Rossi hold on? The answer came a few laps later, when Ducati's Andrea Dovizioso and Honda's Marc Marquez breezed past the Italian, setting up their own personal 330km/h contest for the win. A rivalry that had played out before in Austria and Japan was put on display in front of the fans as the Ducati and Honda rider swapped positions for several corners, with Rossi's Yamaha team-mate Maverick Vinales also joining the party.

A titanic final-lap tussle was eventually settled in favour of Marquez as the reigning World Champion sliced past Dovizioso before warding off the Ducati rider's advances through the final 90-degree right-hander, ensuring he greeted the chequered flag first to become the inaugural winner of the Thailand Grand Prix. Such was the popularity of the event that it was voted the best Grand Prix of the season by the MotoGP paddock and the Grand Prix Commission - and it fended off some tough competition for that accolade. 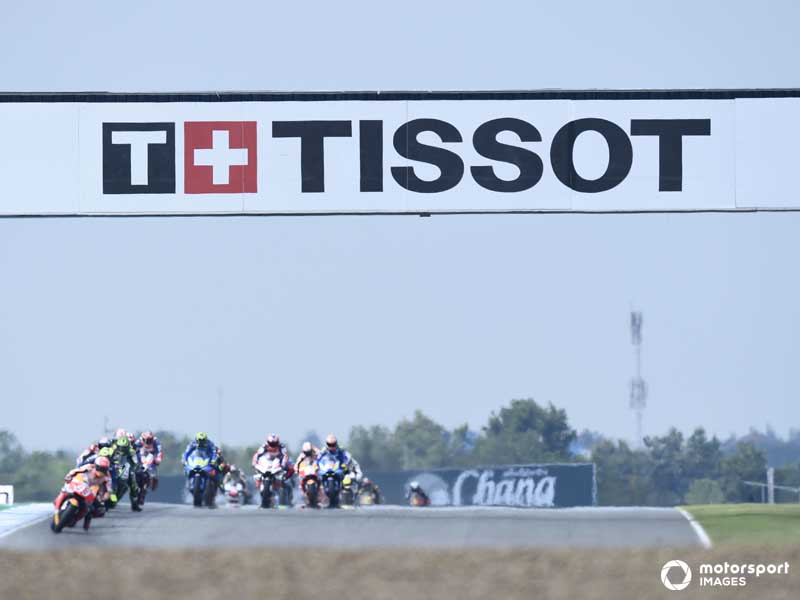 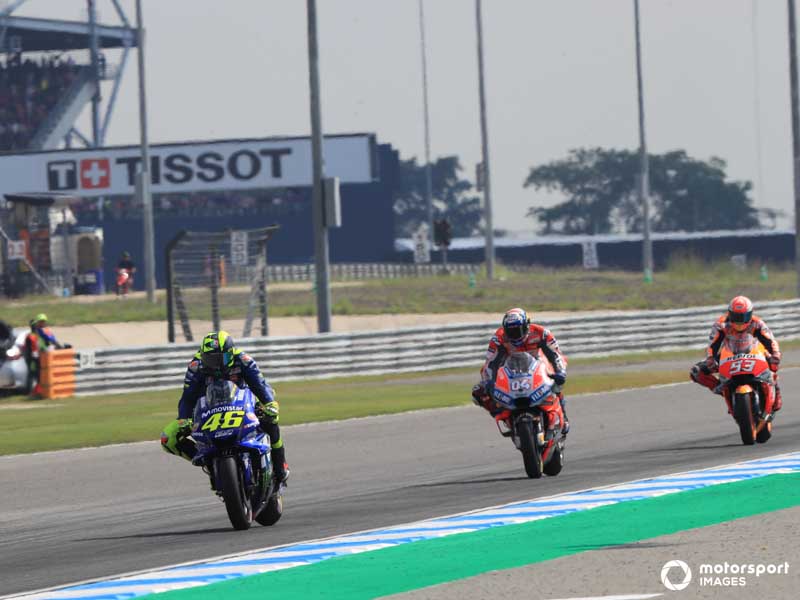 Marquez heads to Buriram this year as the defending race winner and the reigning World Champion. With a healthy point advantage this season can Marquez seal the title in Thailand? If he does so there's every reason to expect he will have to prevail against a litany of rivals. The mixture of corners means there's something for all of the major manufacturers to regard as a benefit, meaning Honda, Ducati, Yamaha and the much-improved Suzuki should all factor into the equation.

Marquez typically drags his Honda RC213V to the edge of adhesion in his pursuit for glory, while Dovizioso - and new team-mate and race winner Danilo Petrucci -equipped with a much-improved machine from Ducati, will increase the chance of squabbling for places at the front between all three. That will undoubtedly allow Yamaha and Suzuki to enter the fray too, making it a true four-horse manufacturer race, and the ultimate victor hard to call.

If you want to witness another enthralling battle then there are several prime vantage points, most prominently the main grandstand, but the circuit - which is spread across 470 acres and can accommodate over 50,000 spectators - also has dedicated grandstands for supporters of both Rossi and Marquez. Check out all 2019 Thailand MotoGP ticket options and packages available at Motorsport Live.