WHAT HISTORY TELLS US OF SAN MARINO MOTOGP

The San Marino Grand Prix may be a misnomer but it is one of the most popular events on the MotoGP calendar. Motorsport Live takes a look at the two-wheeled extravaganza on the Rimini coast.

The tiny microstate encompassed within the gorgeous Italian hills has never hosted a motorsport event but thanks to Italy already having a race, the San Marino Grand Prix has been a fixture in both Formula 1 and MotoGP, with the two-wheeled variety still in existence to this day. Imola, Mugello and Misano have all hosted the San Marino Grand Prix, with the venues all having their share of Italian Grand Prix duties as well! 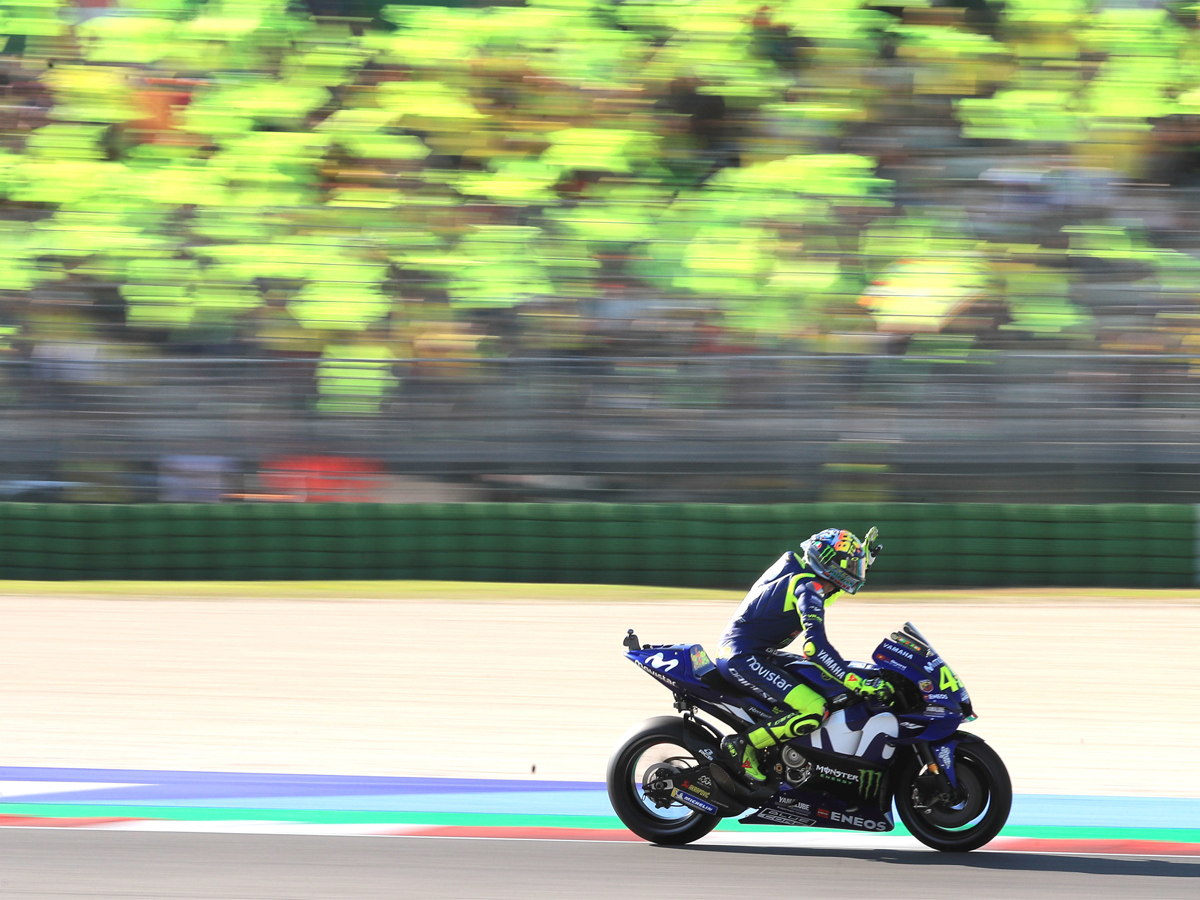 Marco Lucchinelli claimed the inaugural race win in 1981 at Imola, Freddie Spencer triumphed at Mugello in 1982, while Misano's first crack at the San Marino Grand Prix was won in 1985 by Eddie Lawson. San Marino dropped off the roster after 1993's round at Mugello and when it returned full-time in 2007 it did so at Misano, which has since been renamed in honour of Marco Simoncelli, the fallen Italian racer whose potential went tragically unfulfilled.

Compared to the venue which was occasionally present in the 1980s Misano had undergone a substantial refurbishment, including a reversal of the track direction, and the necessary safety modifications to some corners. 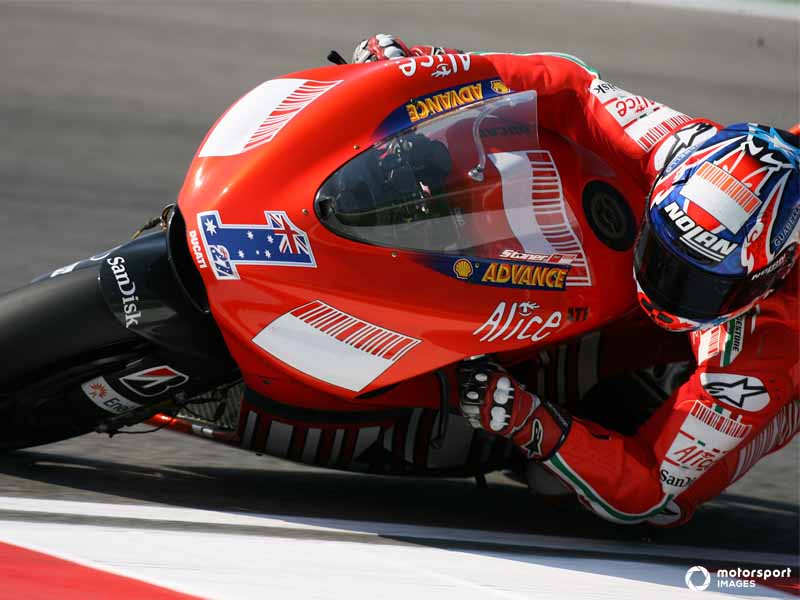 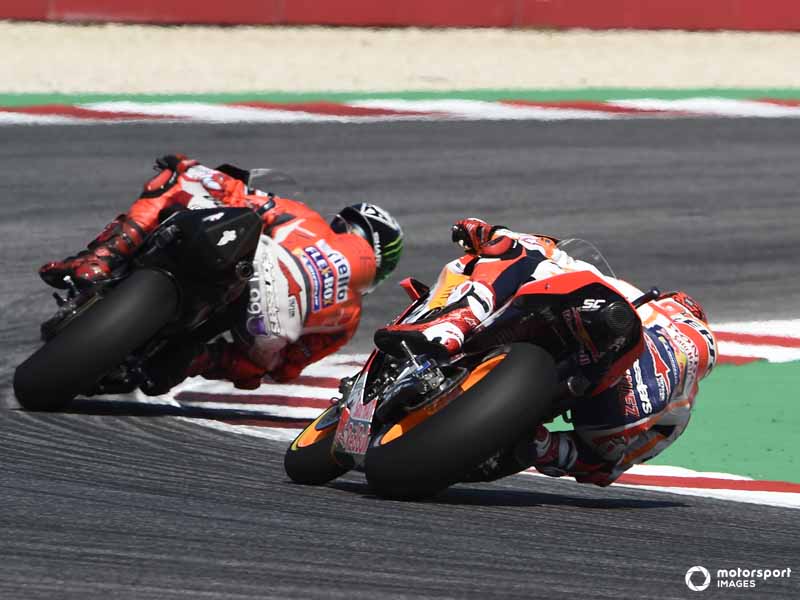 Italy is home to famous brands Ducati and Aprilia, but the event is inextricably linked to one rider, now in his third decade of competition in motorcycle racing: Valentino Rossi. The 40-year-old, 'The Doctor', was born and raised in nearby Tavullia, with the small town devoted to the legendary nine-times World Champion, who still lives in the area and trains at his ranch. Tavullia is rammed with fans during the San Marino Grand Prix weekend - as is Misano.

The spectators pack the venue and turn it The Doctor's iconic shade of fluorescent yellow, donning clothes, flying #46 flags and lighting flares to signal their devotion. Rossi has repaid their faith on three occasions, most recently in 2014, and with the Yamaha rider win-less since June 2017 it would be an opportune time for him to return to the top step of the premier class podium.

Misano has historically been a track that has played to the strengths of Yamaha and Honda, with the Japanese marques enjoying phases atop the podium. Yamaha won six times in seven years courtesy of Rossi and fellow three-time victor Jorge Lorenzo before Honda took three wins on the bounce via Marc Marquez and Dani Pedrosa. However last year it was finally Ducati's turn to triumph as its 11-year barren spell at its second home event came to a conclusion. Andrea Dovizioso delivered the goods aboard its much-improved Desmosedici and he'll surely be eyeing a repeat in 2019 if he is to try and stop runaway championship leader Marc Marquez from extending his sizeable points advantage. 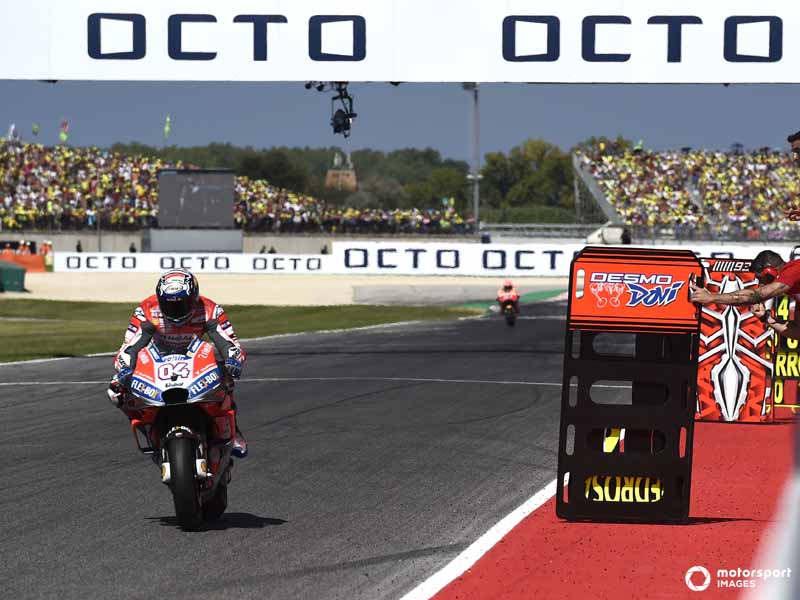 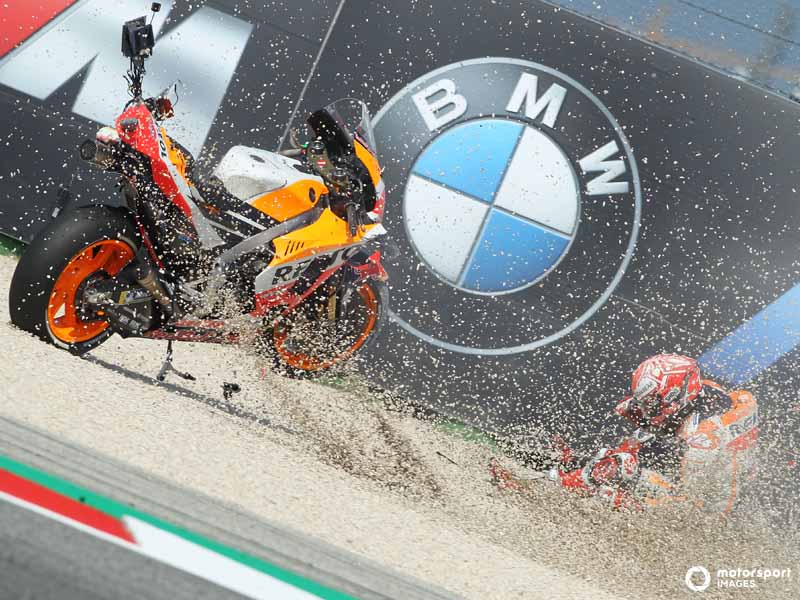 Both are likely to face a stiff challenge from the likes of Danilo Petrucci, Alex Rins and Maverick Vinales. Petrucci took an emotional maiden MotoGP victory on home soil at Mugello earlier this year, while Rins returned Suzuki to the top step of the podium and has been a regular front-runner throughout the 2019 campaign. Yamaha has been off-the-pace this year as it chases more straight-line speed but it has still emerged victorious in the hands of Maverick Vinales, while rookie sensation Fabio Quartararo has claimed a trio of pole positions and a hat-trick of podiums, and he'll surely be one to watch at Misano. And what of Lorenzo? The Repsol Honda rider has been plagued by injury and setbacks for the past 12 months and has had to sit out a desperate number of races, but now back in action he'll surely want to put in a good performance at the venue where he claimed pole position, his fourth in five years, in 2018. The #99 is not yet done.

And beyond the gates of the Misano Circuit you'll find the historic coastal town of Rimini just a stone's throw away, with the splendid Adriatic Sea still basking in the late summer sun in mid-September, while the region itself offers a range of local delicacies at reasonable prices. Pizza, pasta, wine: perfecto.

If you're into racing then head for MotoGP, and if you want to spend a weekend immersed among a passionate fanbase then Misano is high on the list for any sports fan. With tickets still available you could be there with Motorsport Live in 2019. For all 2019 San Marino MotoGP ticket options, please check out Motorsport Live.