What History Tells Us about Valencia MotoGP - bookf1.com
Please wait...

WHAT HISTORY TELLS US ABOUT VALENCIA MOTOGP

MotoGP has been competing at Valencia’s Ricardo Tormo Circuit for two decades and it has taken up a spot as the season finale for all three divisions within the World Championship. Motorsport Live takes a look back at the history of the event, and what to expect from 2019.

The amphitheatre-like Ricardo Tormo Circuit opened its doors at the end of the last century and the circuit layout has been packed into a tiny area, meaning the entire track is visible from nearly every vantage point, providing spectacular views for the 150,000-capacity crowd. They're often treated to a frenetic race at the circuit, often likened to a go-kart track given its array of short and medium-speed corners and lack of full-throttle sections, and invariably features not just a Grand Prix to settle, but a world title to decide. 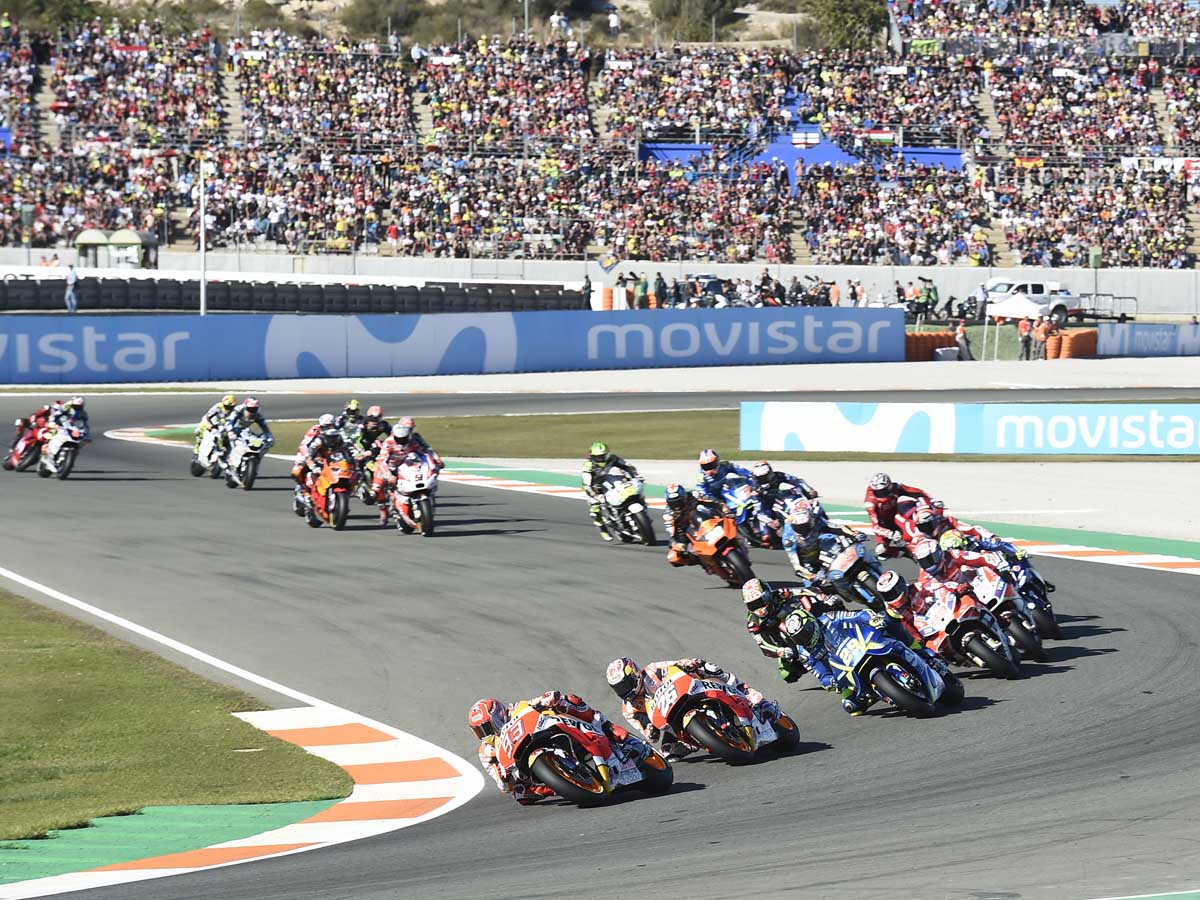 One rider has made the Valencian Grand Prix his own through his distinguished career in the championship; Dani Pedrosa never won a MotoGP world title but at the Valencian Grand Prix he stopped atop the podium on seven occasions, including four times in the premier class with his 2017 triumph, also marking the final time he was the first rider to greet the chequered flag.

His replacement at Repsol Honda, Jorge Lorenzo, is in the midst of a difficult run of form but he can be heartened by his statistics at the twiddly venue; Lorenzo also has four MotoGP victories on home turf with his 2015 triumph sealing his third and most recent title in the premier division. Last year, though, it was the turn of then-Ducati team-mate Andrea Dovizioso to round out the campaign atop the podium. He was unable to deny reigning World Champion Marc Marquez the title but his win ended a 10-year Valencia win drought for Ducati, and also marked the first time since 2011 that the Spanish flag was not fluttering on the top step of the podium at the event in the premier class.

As for winning machine Marquez, Valencia has not been the strongest of venues for the 26-year-old. His sole victory in the premier class came in 2014 while his only other triumph at Valencia came in Moto2 in 2012 - albeit one of the most dramatic surging from the back of the grid to take first place!

Even the great Valentino Rossi has never gelled with the circuit; his most recent of two premier class wins came way back in 2004, with Yamaha triumphant on five occasions at the venue compared to pacesetter Honda's nine wins. 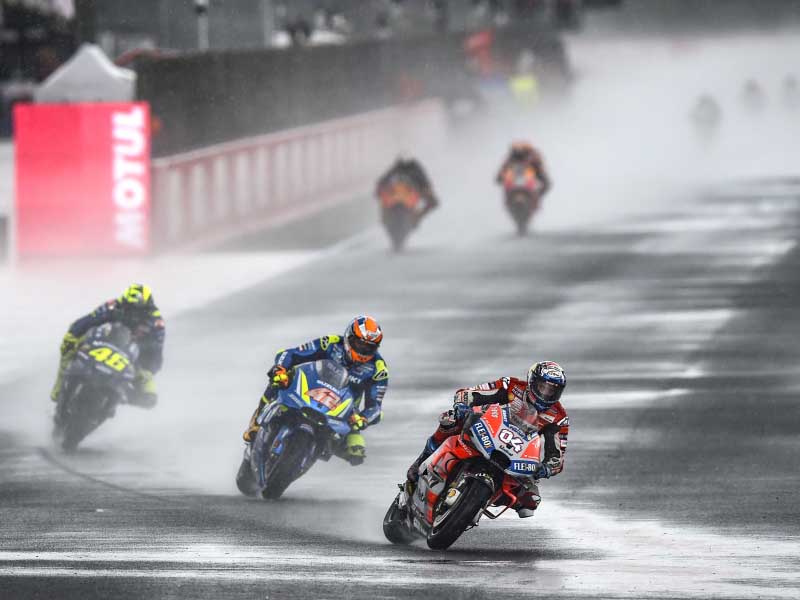 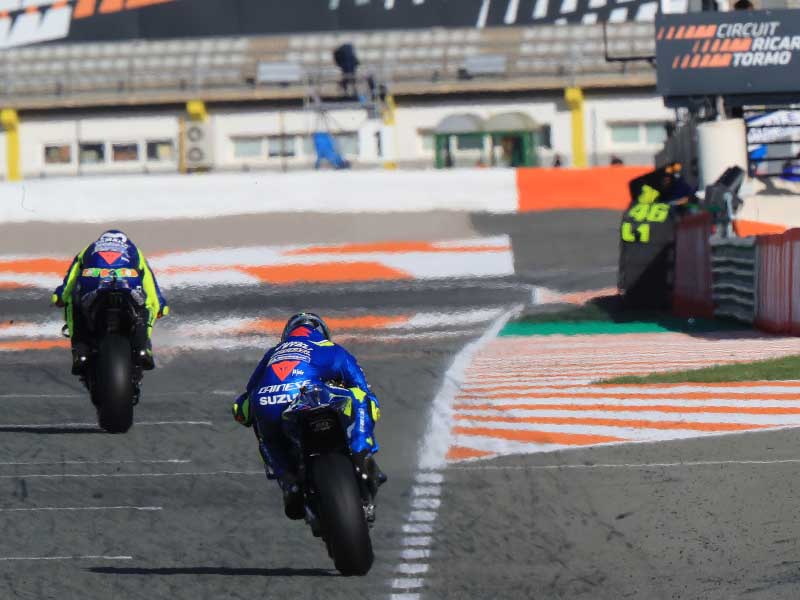 It can be a difficult track for riders to find the right set-up; with the event taking place in late November the weather can be tricky to predict - and that's if it stays dry. Cool morning conditions can lead teams and riders down the wrong path, meaning that warmer afternoon weather alters the feel and handling of the premier class machines. The lack of full-throttle sections ostensibly plays into the hands of the ever-improving Suzuki squad, which finished runner-up at the 2018 event and still regards straight-line speed as its weakness, but the closely-contested nature of the current campaign means any one of Honda, Ducati or Yamaha will head to the finale confident of fighting for overall honours.

Grid position is vital at a circuit where overtaking is difficult due to the nature of the corners and the absence of major slipstreaming points, meaning riders and teams must also find a delicate balance between the search for one-lap speed and the desire for maximum race pace. 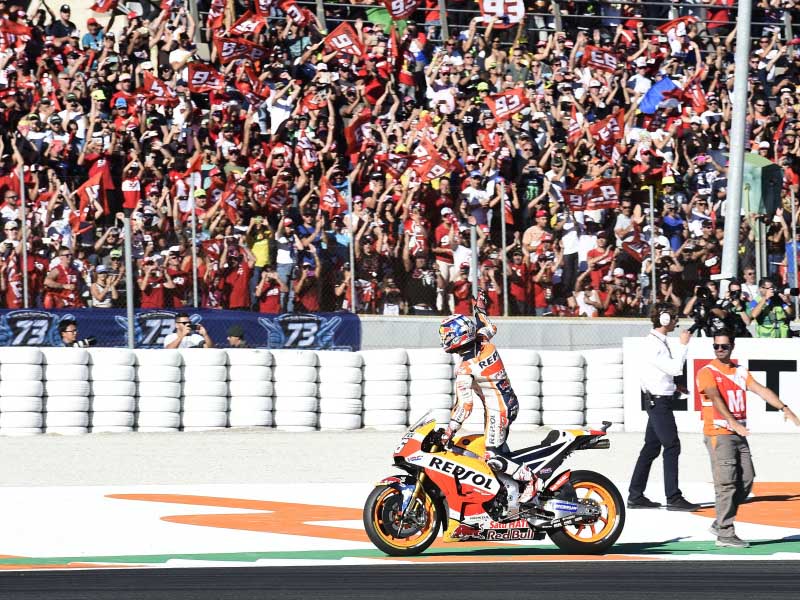 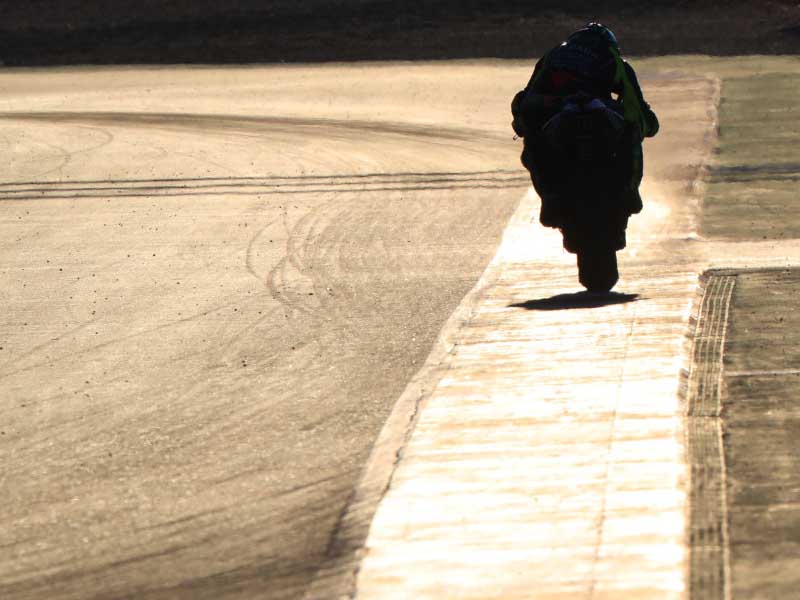 Marquez holds a substantial advantage in this year's championship but there's still every reason to expect the title to go down to the wire for a third time in five years, to determine who will add the latest piece of silverware to the world championship trophy. There are also the junior categories to consider, with the Moto2 and Moto3 championships often being decided with a last-race shootout and a signal of who will be contenders in the future. The 2013 Moto3 title between Maverick Vinales and Alex Rins was only decided at the final corner of an enthralling season, and both are now plying their trade as MotoGP race winners and front-runners.

You won't want to miss out - check out Motorsport Live for a range of ticket options and hospitality packages for the Valencia MotoGP at the Ricardo Tormo Circuit this November, where the class of 2019 will decide its champion.