What History tells us about the Singapore GP - bookf1.com
Please wait...

WHAT HISTORY TELLS US ABOUT THE SINGAPORE GP

Motorsport Live takes a look at the history behind the Singapore Grand Prix which was launched in its modern form back in 2008.

In the 1960s and early 1970s motor-racing took place around the streets of outer Singapore, run to Formula Libre regulations, giving the city state its first real taste of four-wheeled competition. 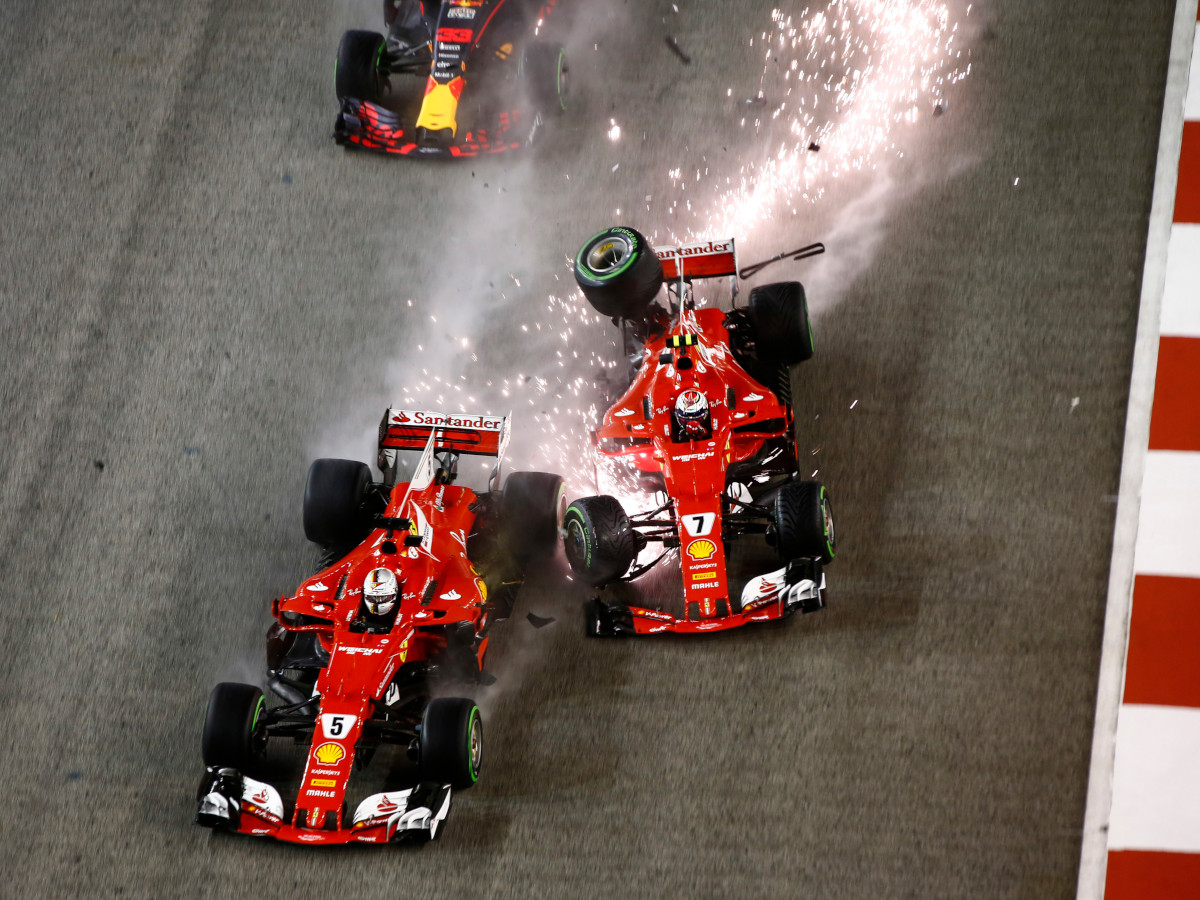 As Formula 1 expanded through Asia in the 2000s Singapore was an obvious location and by 2008 a gruelling 23-turn street circuit, with world class facilities, had been constructed, giving a backdrop of some of the city’s most famous landmarks. Adding in the night factor meant drivers had to switch to a different and previously untried timetable, remaining on European time, and also enhanced the spectacle as the cars sparked and glittered beneath the floodlights.

That first race remains one of the most controversial in history as it became the location for the ‘Crashgate’ scandal, in which a Renault team under pressure to secure its future in Formula 1 instructed Nelson Piquet Jr. to deliberately hit the wall and bring out a Safety Car. The race’s neutralisation played perfectly into the hands of team-mate Fernando Alonso, who went on to score the unlikeliest of victories. There were mutterings about the incident, but the truth only unravelled 10 months later when Piquet Jr. was sacked by Renault. 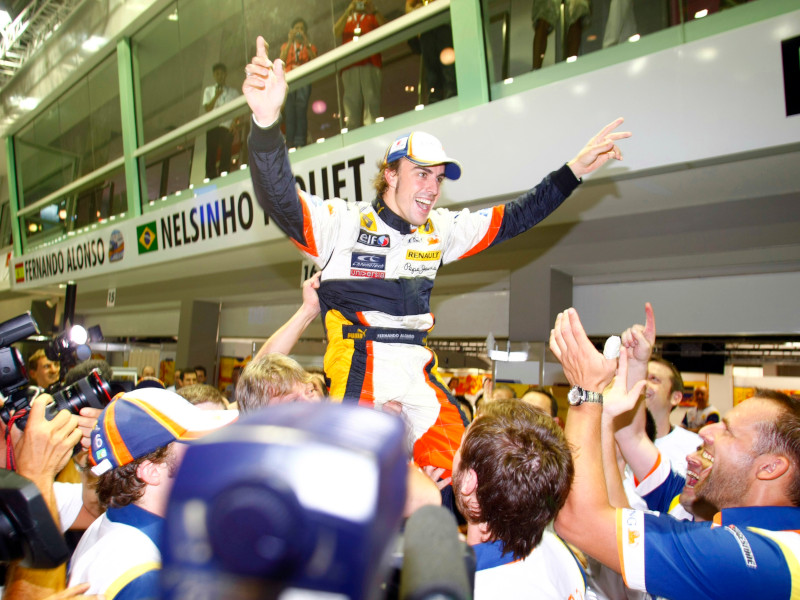 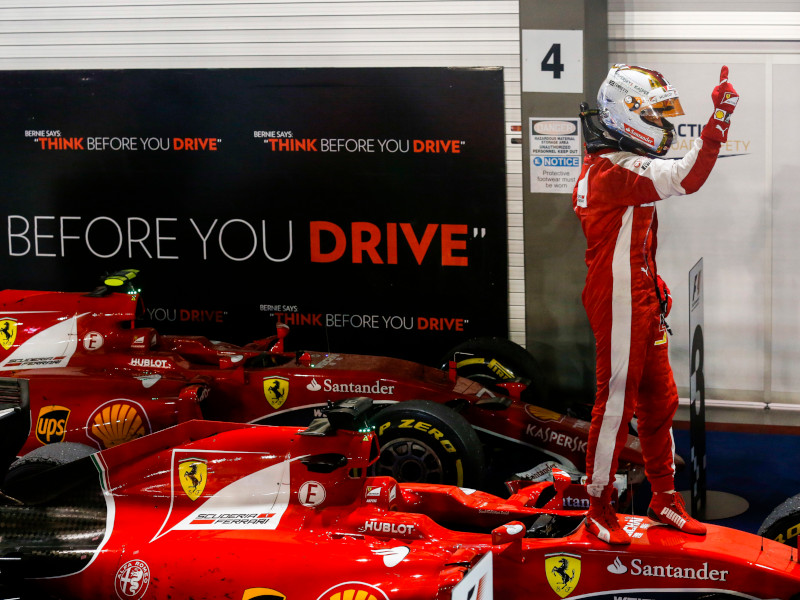 Alonso holds the honour of the first victor of Formula 1’s Singapore Grand Prix and he doubled up in 2010 after switching to Ferrari, holding off Red Bull’s Sebastian Vettel in a thrilling race-long duel that was decided by just two-tenths of a second after 61 laps of scrapping.

Alonso took two wins from three but he has since been usurped by Vettel and Lewis Hamilton, who have been the standout figures around Singapore’s challenging street layout through the 2010s.

Vettel was triumphant for three successive years in 2011-13 and added another win to his tally with an emphatic display during his first year in red in 2015. Hamilton, meanwhile, dominated for McLaren in 2009 and has since hoisted aloft the victor’s trophy for Mercedes in 2014, 2017 and 2018, on route to the World Championship title on each occasion. In fact, only World Champions have ever won Formula 1’s Singapore Grand Prix in its 11-year history, with 2016 king Nico Rosberg interrupting the Vettel/Hamilton hegemony, the German’s drive on that day being critical to his ultimate title glory.

Hamilton’s 2017 victory came courtesy of one of the most extraordinary start incidents in memory as Ferrari pair Vettel and Kimi Raikkonen clashed with Red Bull’s Max Verstappen in surprise wet conditions, forcing all three out, with Hamilton surging from an uncompetitive fifth to take the unlikeliest of wins. It proved crucial in the outcome of the title fight as Hamilton romped clear while Vettel’s Singapore blow cost him a hatful of points he could never recoup. 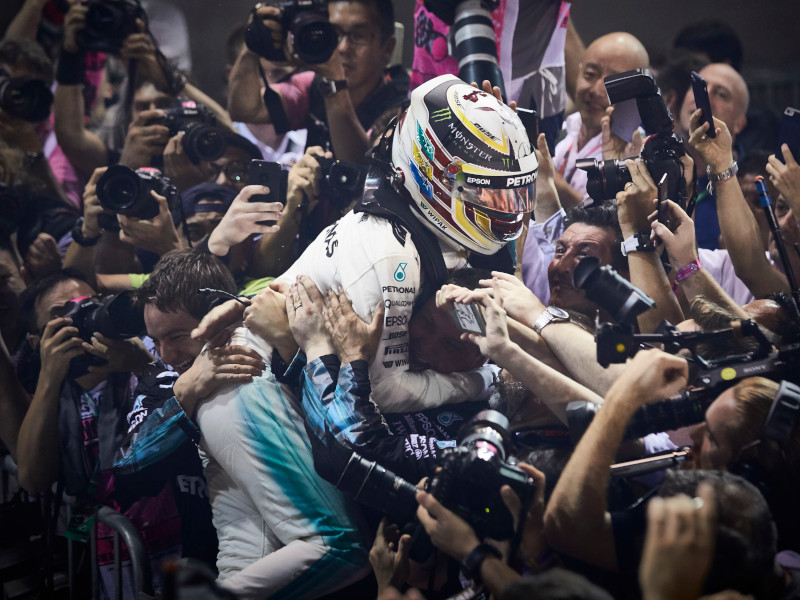 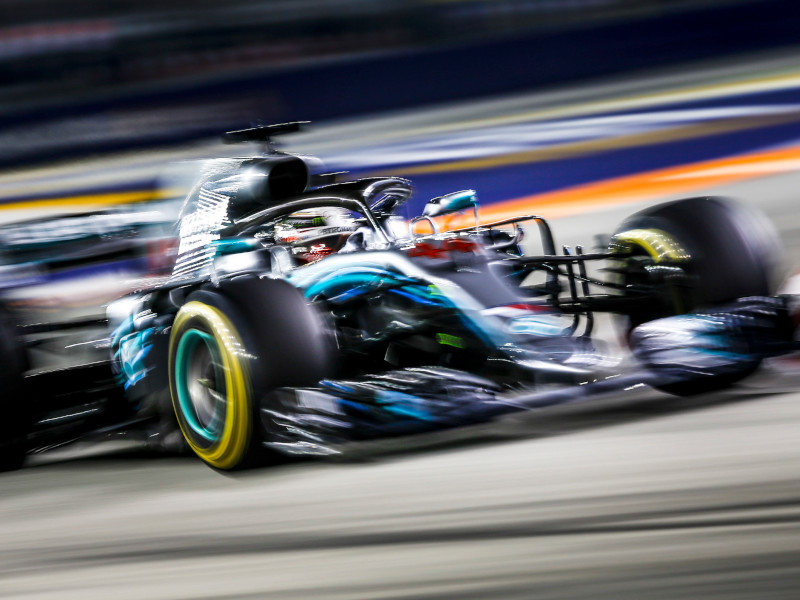 Last season it was effectively decided in qualifying as Hamilton stunned the paddock with a sensational lap, one that was so special, Mercedes boss Toto Wolff described it as “one of the best he had ever seen in the history of the sport”. Hamilton went on to control the 61-lap race while title rival Vettel was left only third; as in 2017, 2018’s Singapore Grand Prix proved to be a decisive moment in the championship scrap.

The close proximity of the walls around the 23-turn circuit means danger is never far away while the difficulty in passing means a handful of places can be regarded as action zones. Turn 1, and the start, is an obvious location for close battles, while the best overtaking opportunities of the lap come at the end of Raffles Avenue and Esplanade Drive – though drivers still have to be committed to avoid spearing into the run-off, or into a rival!

What next for Singapore? As only World Champions have ever triumphed it is good news for both Hamilton and Vettel’s 2019 prospects, with the strength of the W10 through low- and medium-speed corners surely meaning Mercedes will be firm favourites when Formula 1 rocks into the upmarket nation this September.