What History tells us about the Brazilian GP - bookf1.com
Please wait...

WHAT HISTORY TELLS US ABOUT THE BRAZILIAN GP

The Brazilian Grand Prix has been a mainstay of the Formula 1 calendar for almost 50 years, with iconic cities Rio de Janeiro and Sao Paulo both playing host to the event. Motorsport Live looks at the history of the celebrated Grand Prix.

The Brazilian Grand Prix was first held in 1972 and a year later it became part of Formula 1’s World Championship, with the physically demanding seven-kilometre anti-clockwise Interlagos circuit playing host to the season-opener.

It meant drivers were launched into a taxing Grand Prix after the winter break, with the hot summer days testing man and machine to their limits. Emerson Fittipaldi and Carlos Pace, whose tragic death led to the official renaming of the Interlagos circuit, triumphed in the early 1970s, but as the decade wore on advancements in safety and facilities meant the venue was becoming out-of-date, and in 1981 it moved permanently to the flat but fast Jacarapagua circuit in Rio de Janeiro, which featured several challenging corners. Only Nelson Piquet and Alain Prost won at the circuit through a seven-year period, with the Frenchman earning the nickname the King of Rio for his mighty streak at the track. 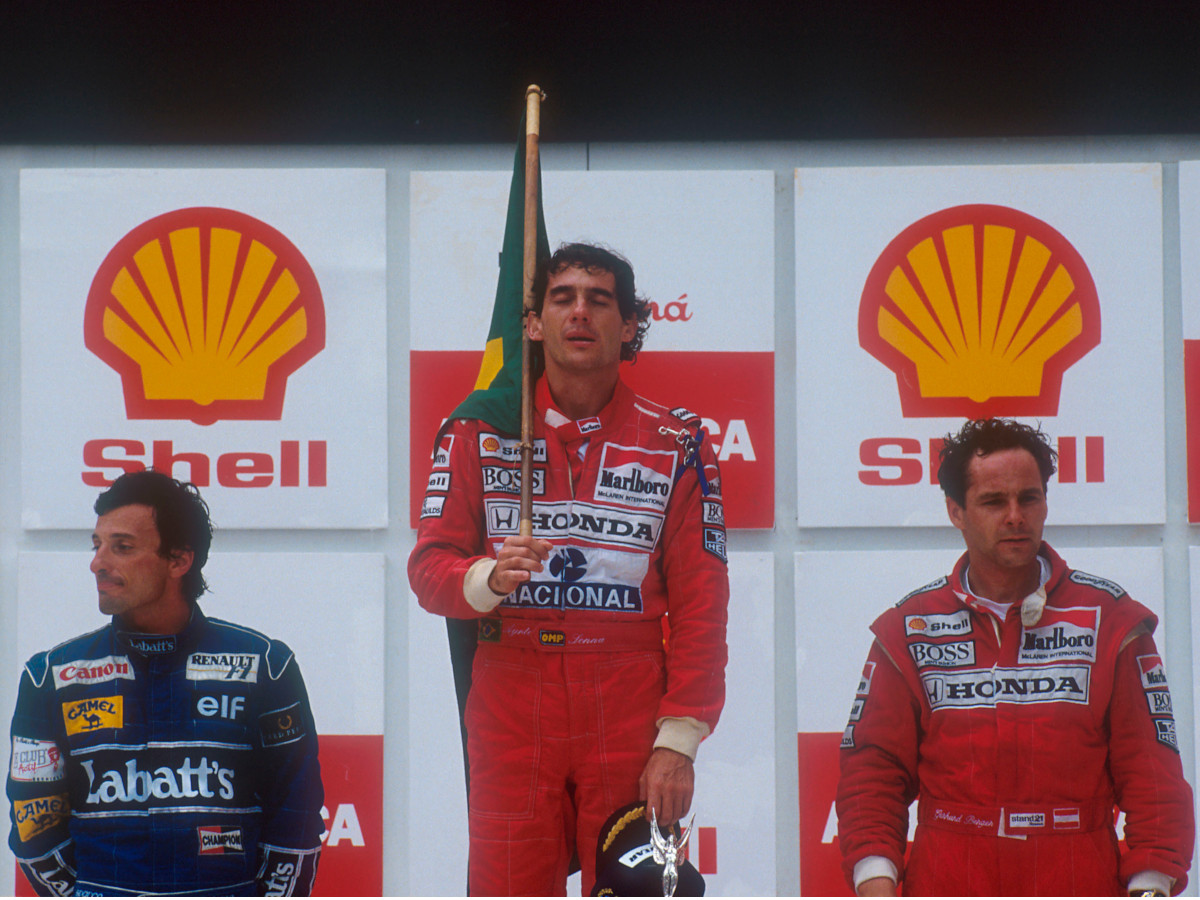 Through the late 1980s Brazil had a new hero in the form of Ayrton Senna, however for the first three years of his lengthy McLaren spell, a win remained elusive. In 1988 a pre-race gearbox issue left him requiring the spare car and officials deemed that such a late switch was not legal and he was thrown out of proceedings, wrecking his charge through the field on his McLaren debut.

A year later, upon Jacarepagua’s farewell, a slow start from a dominant pole position left him susceptible into Turn 1 and a clash with Gerhard Berger and Riccardo Patrese wrecked his front wing, leaving him two laps down. Formula 1 returned to a truncated Interlagos circuit in 1990 but still a win remained elusive, with leader Senna clashing with the lapped Satoru Nakajima. Finally, in 1991, Senna triumphed, and it came in remarkable fashion, as he clung on to the lead despite a failing gearbox leaving the McLaren man physically destroyed. 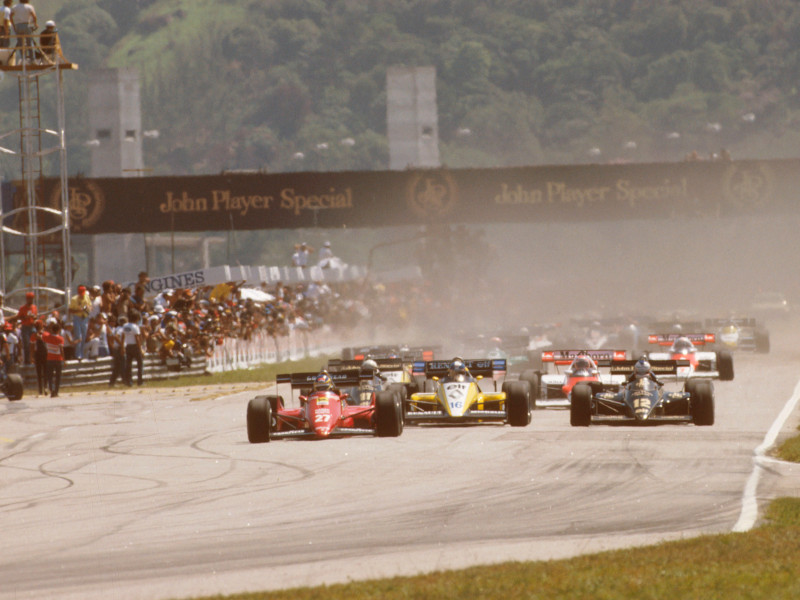 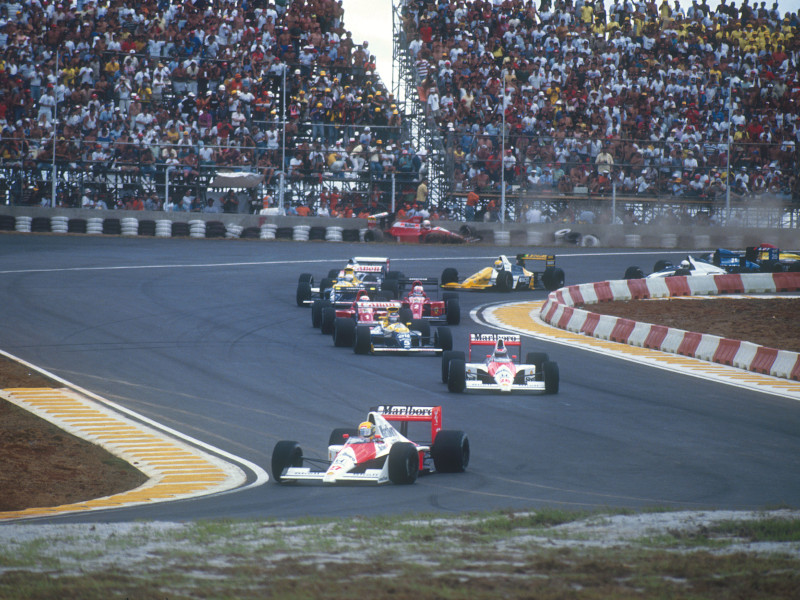 Senna’s verbal reaction on the team radio during the slow-down lap, as he achieved the goal of winning on home soil, remain one of the most iconic in Formula 1, before he went on to the podium, exhaustedly waving the Auriverde. Another win would follow in 1993, with Senna at the height of his popularity, creating a surge in spectator numbers at the Sao Paulo event.

Senna’s untimely death paved the way for a new generation of racers and Interlagos, as an early-season event, led to some trend-setting.

The turn of the Millennium heralded a different result. In 2001 rookie sensation Juan Pablo Montoya dominated until a clash with the lapped Jos Verstappen, with David Coulthard going on to win, while the memorable 2003 event featured crashes galore, as torrents of rain cascaded across Interlagos. Several drivers suffered huge accidents, most notably Fernando Alonso, whose huge shunt through the final sector caused the race to be red-flagged, and left Jordan’s Giancarlo Fisichella as an unlikely winner – though confusion over the regulations meant he only rightly received his trophy two weeks later!

Alonso was in the headlines again once Interlagos moved to a late-season date from 2004, kick-starting a sequence of World Champions being crowed at the venue. 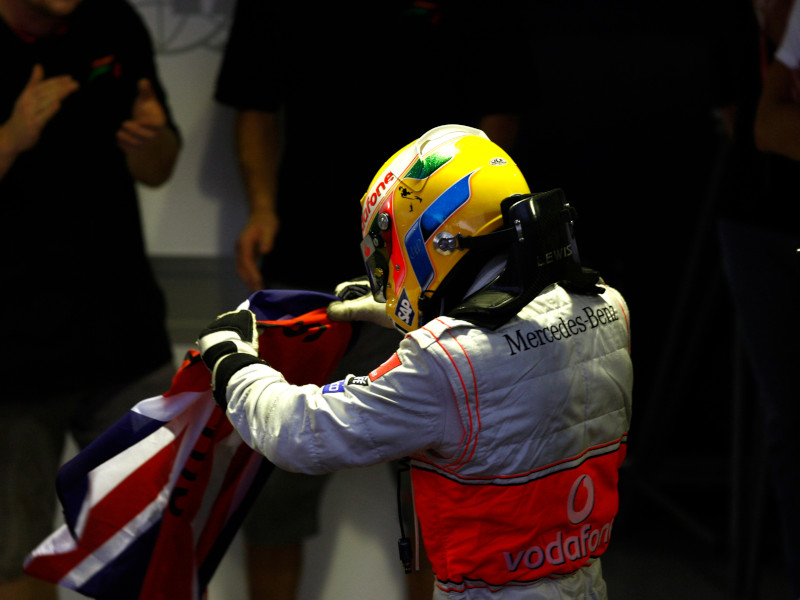 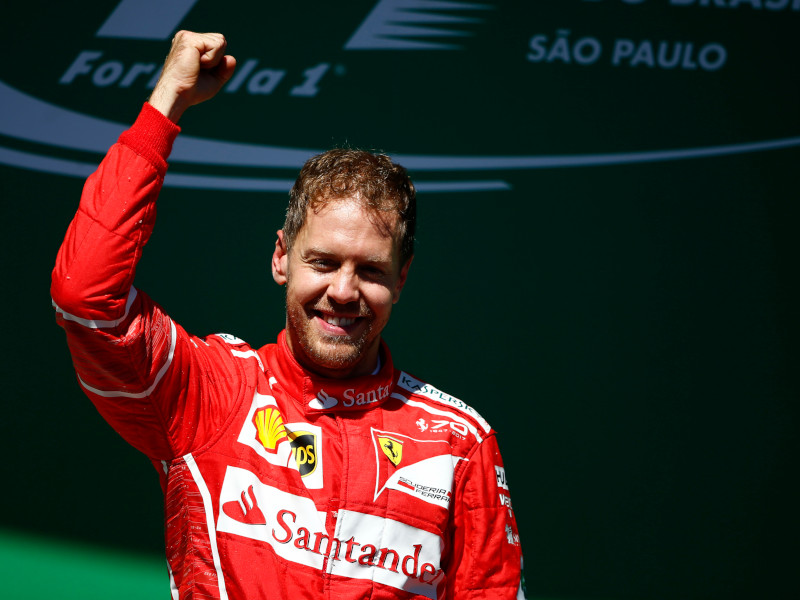 Alonso (2005, 2006), Kimi Raikkonen (2007), Jenson Button (2009) and Sebastian Vettel (2012) all secured titles at Interlagos, but the most remarkable of all surely came in 2008, when Lewis Hamilton snatched away the glory from Felipe Massa on the final lap. In a thrilling wet/dry race Hamilton moved into the position he needed to become World Champion at the penultimate corner, with dominant race winner Massa displaying a magnanimous attitude at the cruel nature of his title loss on the podium. That grace became one of the defining images of his lengthy career, as the tears rolled down his face after believing, for 20 seconds, that he had become champion. In taking that 2008-win Massa, having dominated in 2006, joined the likes of Senna, Piquet and Fittipaldi in becoming a Brazilian two-time winner of the Brazilian Grand Prix.

In recent years Brazil has remained one of Formula 1’s most exciting grands prix; in 2016 Hamilton finally won at the venue in atrocious weather conditions, as crashes galore and overtaking aplenty captivated audiences.

Last season Hamilton won again – though only after Max Verstappen’s brilliant racecraft during the early laps was undone by his negligence while battling the lapped Esteban Ocon. Hamilton’s wins sandwiched Vettel’s 2017 triumph, lifting Ferrari to 11 wins, just one behind record-holder McLaren, whose most recent grand prix win came in the 2012 finale, a success which also proved to be Button’s last at the top level.

Interlagos has hosted Formula 1 since 1990 but rumours persist that 2020 could be its last event. The current contract expires next year and recently elected Brazilian President Jair Bolsonaro declared that the event will move to a yet-to-be-constructed motorsports park in the Deodoro district of Rio de Janeiro. No contract has been signed, but after a 30-year absence Formula 1 could be sambaing its way back from Sao Paulo to Rio de Janeiro…?