What History Tells us about the Abu Dhabi GP - bookf1.com
Please wait...

WHAT HISTORY TELLS US ABOUT THE ABU DHABI GP

Formula 1’s end-of-year soiree takes place beneath the floodlights in the United Arab Emirate of Abu Dhabi; Motorsport Live takes a look at the history of the world-class event.

Formula 1 first ventured into the Middle East in Bahrain in 2004 and the United Arab Emirates was the next obvious destination. Dubai was mooted but eventually the championship settled upon Abu Dhabi, a 90-minute drive along an empty highway.

Rather than bring the sport into the city itself, an island was constructed a 30-minute drive away from downtown Abu Dhabi, with the aim of using the grand prix to convert this stunning man-made facility into a holiday destination. Formula 1 rocked up in 2009 and found facilities like no other ever experienced before, with the 5.5km circuit featuring state-of-the-art paddock hospitality, a pitlane tunnel, a constructed marina, and a hotel whose honeycombed roof covered part of the track layout. 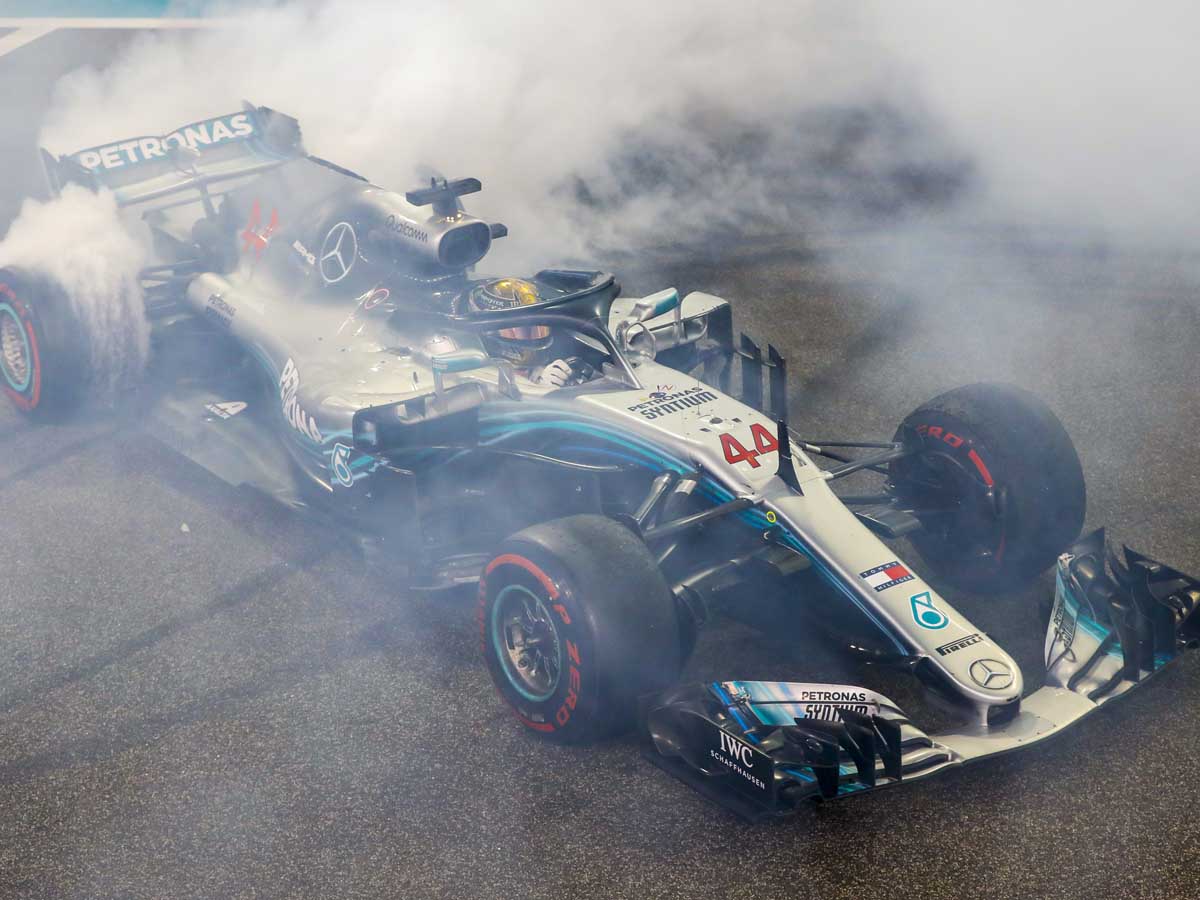 That fact the race began at sundown, and continued into the night, only added to the futuristic, almost other worldly feel of the grand prix.

So far in Formula 1 two drivers have made the Abu Dhabi Grand Prix their own - and that has had permutations in the world title battle as well, for the Yas Marina Circuit has frequently played host to the season finale. The point-and-squirt nature of the track, allied to the heavy braking zones, has suited the aggressive and attacking styles employed by Lewis Hamilton and Sebastian Vettel. 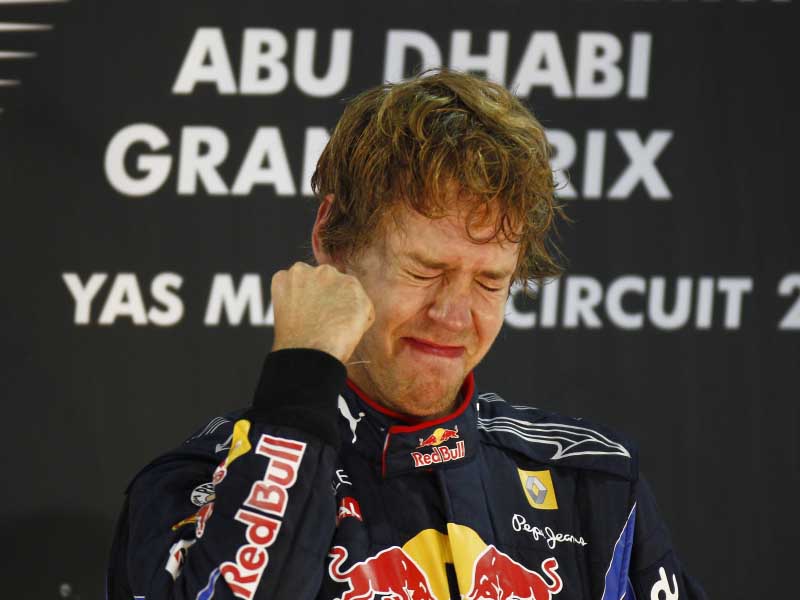 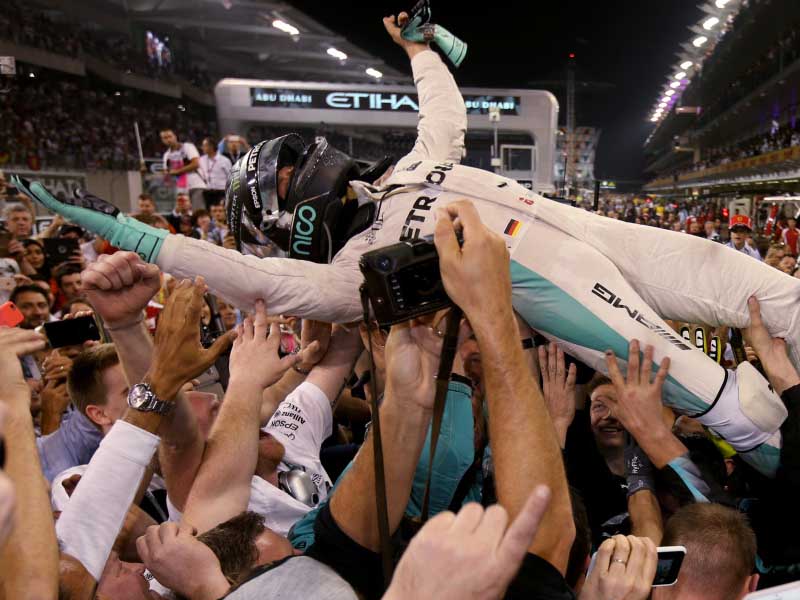 The duo signalled their intention by locking out the front row of the grid for the inaugural event in 2009 and a decade later they have taken seven wins between them at the Abu Dhabi Grand Prix. Vettel won in 2009 and 2010 - the latter victory securing him the first of four world titles - while in 2011 it was Hamilton's turn to triumph in the wake of a first-lap puncture for his arch rival.

Hamilton added further wins in 2014, 2016 and 2018, the first of his trio with Mercedes securing him a second of five world titles - and counting. That 2016 win was a hollow one for Hamilton as second spot was sufficient for team-mate Nico Rosberg to be crowned World Champion, marking the third time overall that the title has been wrapped up at the Abu Dhabi Grand Prix. 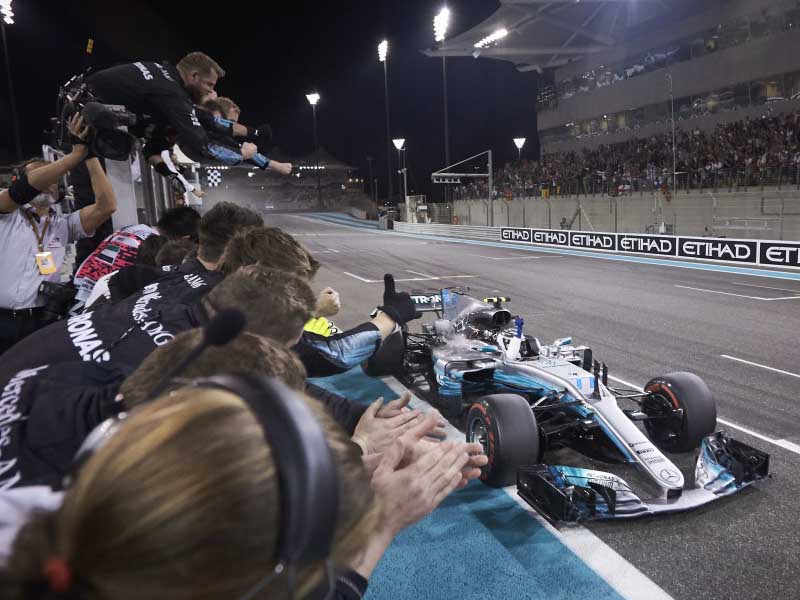 Hamilton's Mercedes team also leads the way in the overall honours, with the reigning World Champions having dominated at the venue in the hybrid era. The lack of variables at the venue, allied to the reliance on an all-round strong package, has enabled Mercedes to rack up five straight victories, three of which have been emphatic 1-2 finishes. 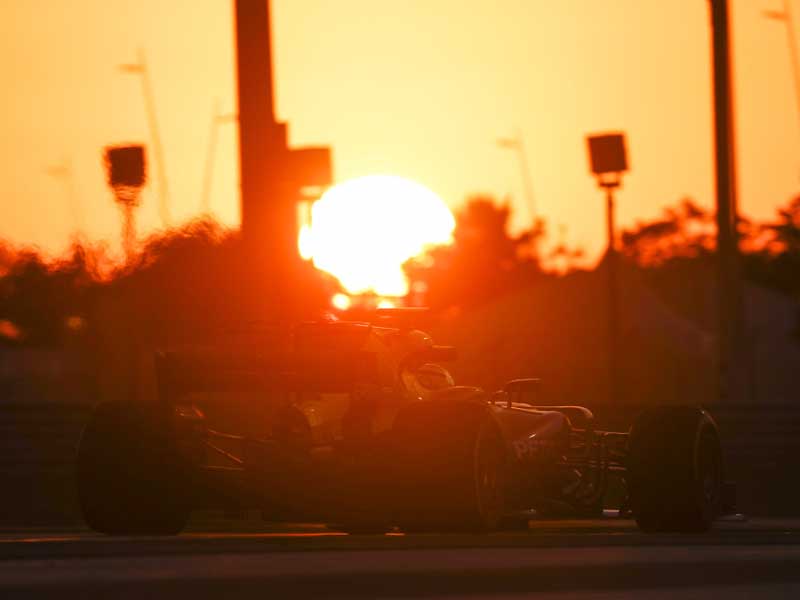 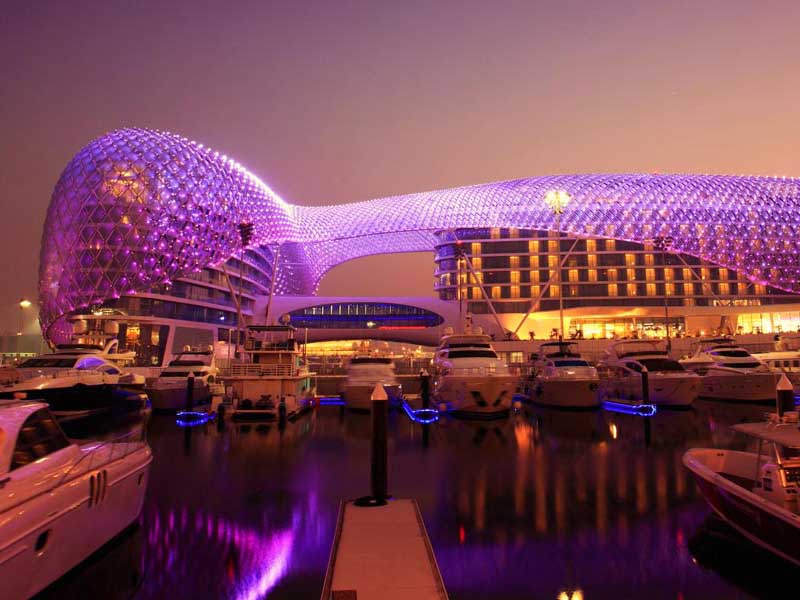 While Mercedes has raced to five wins, Ferrari has yet to taste the winner's sparkling water, with the Scuderia unsuccessful in 10 attempts at the race. It marks its worst hit rate at any grand prix on the current calendar; the closest it came was in 2012, when Fernando Alonso classified a close runner-up to the Lotus of Kimi Raikkonen.

Overtaking can be a challenge at the venue, in spite of lengthy DRS zones and two substantial braking areas, with a strong qualifying lap a key advantage; the polesitter has gone on to emerge triumphant at the most recent four Abu Dhabi Grands Prix. Tyre degradation is often very low due to the cooler evening conditions but teams still need to watch the rear rubber due to the hefty traction zones through the low-speed adverse-camber final sector. Substantial run-off means there's very little in the way of accidents, but in 2010 an early Safety Car period did catch out Ferrari and Alonso, shattering their hopes of the title, and who can forget Nico Hulkenberg's crash on lap one, last time out in 2018. 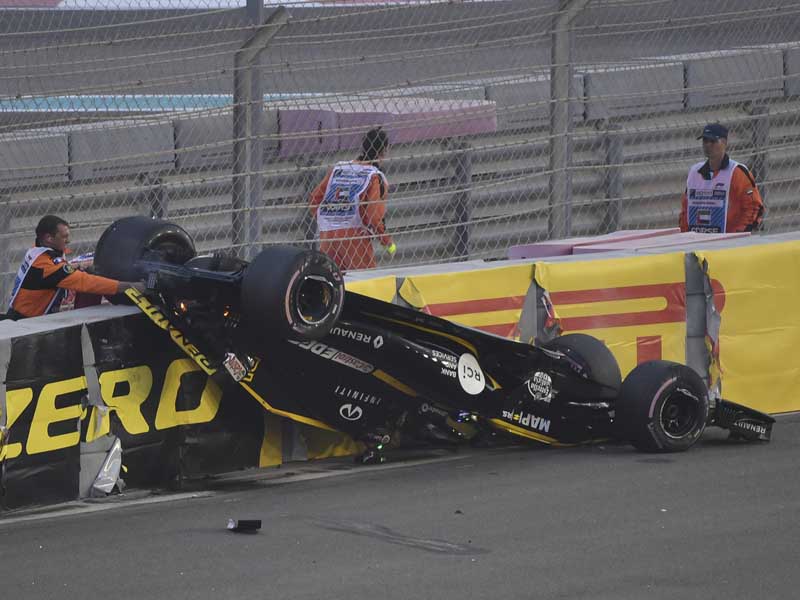 The weather is also reliable, teams don't have to worry about a burst of rain throwing a spanner into the works - and even if there is a rare shower, as in 2018, the track surface is so hot that the water does not make a difference.

In 2019 Mercedes has been the team to beat so expect the Silver Arrows to glisten brightly beneath the floodlights that illuminate the venue. Ferrari, though, will be eager to end its Abu Dhabi hoodoo while Red Bull had shown rapid pace both at the Yas Marina Circuit and through this season in the wake of its switch to Honda power units. And further down the grid each driver and team will be determined to sign off the season in style, heading off into the winter break in a buoyant mood. So don't miss out. Join Motorsport Live for the 2019 Abu Dhabi Grand Prix.