The History of the Belgian Grand Prix - bookf1.com
Please wait...

THE HISTORY OF THE BELGIAN GRAND PRIX

The Spa-Francorchamps circuit is one of the most known circuits in the world and as such is steeped in history as Motorsport Live discovers.

The Belgian Grand Prix was part of the inaugural Formula 1 World Championship and has been hosting motor-racing for almost a century, with the very first race taking place around its fearsome public roads in 1922. Motorsport Live takes a look at what history tells us about the Belgian Grand Prix.

Spa-Francorchamps is one of the most well-known motor-racing circuits anywhere in the world and even its abridged seven-kilometre version, introduced in the early 1980s, is one of the favourites of drivers. Everyone wants to win at Spa. It is a thrilling rollercoaster ride through the Belgian countryside, incorporating iconic corners such as Eau Rouge, Pouhon and Blanchimont. Through history it has been a venue at which World Champions have thrived – as the record books show us. 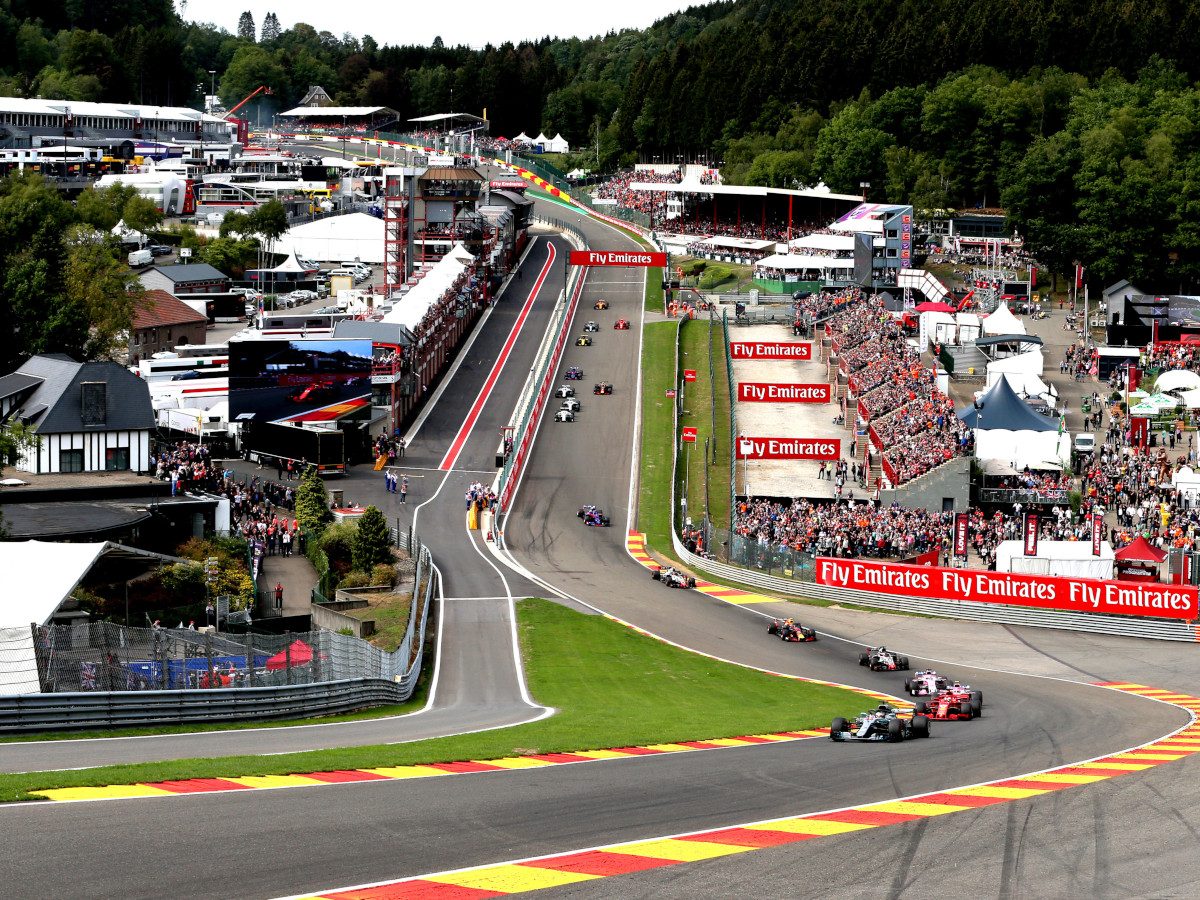 Since 1983, Spa-Francorchamps has only failed to feature on the calendar twice. Similarly only twice has a driver who was either not a World Champion, or who would go on to become World Champion, savoured victory at the venue. Those anomalies are 2008 victor Felipe Massa – who won in controversial circumstances and came within 20 seconds of becoming a champion – and 2014 winner Daniel Ricciardo, who could yet still add his name to the list of Drivers’ champions.

Ayrton Senna took five wins, including four-in-a-row, while the circuit is synonymous with statistically the greatest of all time, Michael Schumacher. He made his debut at the venue in 1991, his first win in 1992, won from 16th on the grid in 1995, and clinched his seventh and final world title in 2004, two years after his sixth and final win at the Belgian Grand Prix, sealing his place in history as the event’s most successful driver. Mika Hakkinen, Lewis Hamilton, Jenson Button, Nico Rosberg and Sebastian Vettel have all hoisted aloft the victor’s trophy at Spa-Francorchamps. Last year’s win for Vettel elevated Ferrari above McLaren as the most successful constructor at the venue, now with 13 wins to its name. 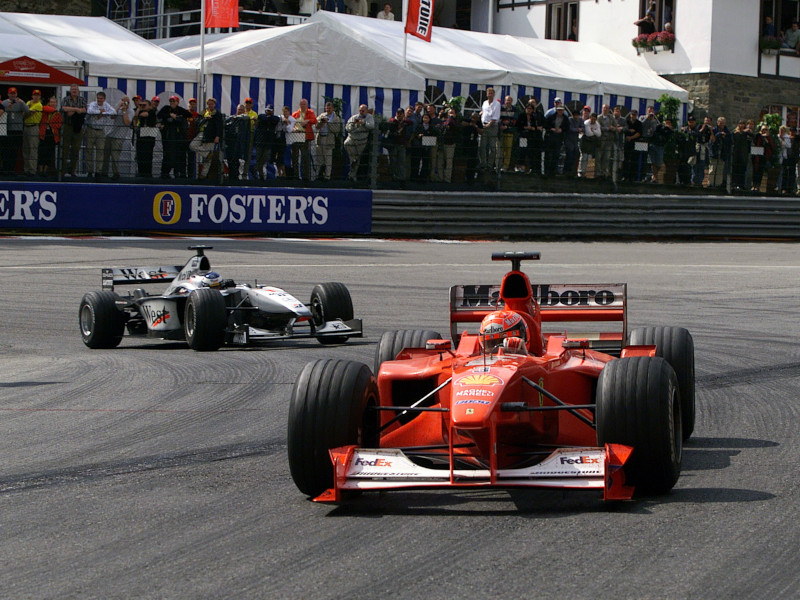 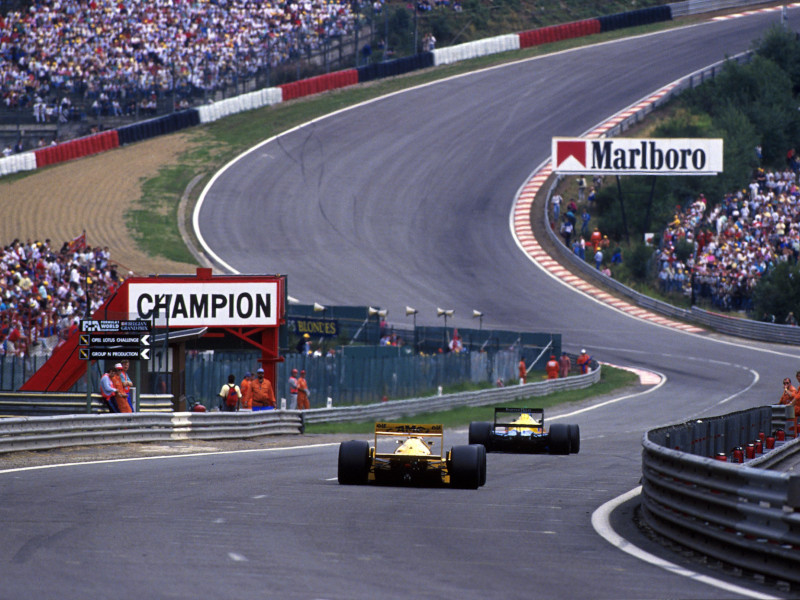 Even if World Champions have tended to triumph it’s a race that’s far from predictable.

Pole position is a natural advantage but 65 per cent of races at Spa-Francorchamps have been won from outside of the top spot, meaning Saturday success is no guarantee of Sunday champagne, as Hamilton found out in 2018. The ever-present risk of rain in the Ardennes Forest means it’s far from straightforward. Witness the 1998 rain-soaked race which featured a multi-car pile-up, a fierce clash between Michael Schumacher and David Coulthard that spilled out into the pits, and a stunning victory for Damon Hill in a Jordan – a team that has a strong history at Spa-Francorchamps in its various guises.

Jordan claimed its maiden pole position in 1994, it captured a shock 1-2 in a rain-soaked 1998 race to pick up its maiden Formula 1 triumph and in 2009 Giancarlo Fisichella took pole and a podium for the rebranded Force India team – indeed last year it locked out the second row of the grid! Perhaps its an inherent straight-line speed gain? For three of the past four years Sergio Perez has been fastest through the speed traps, clocking almost 360km/h, so can Racing Point continue the trend in 2019? 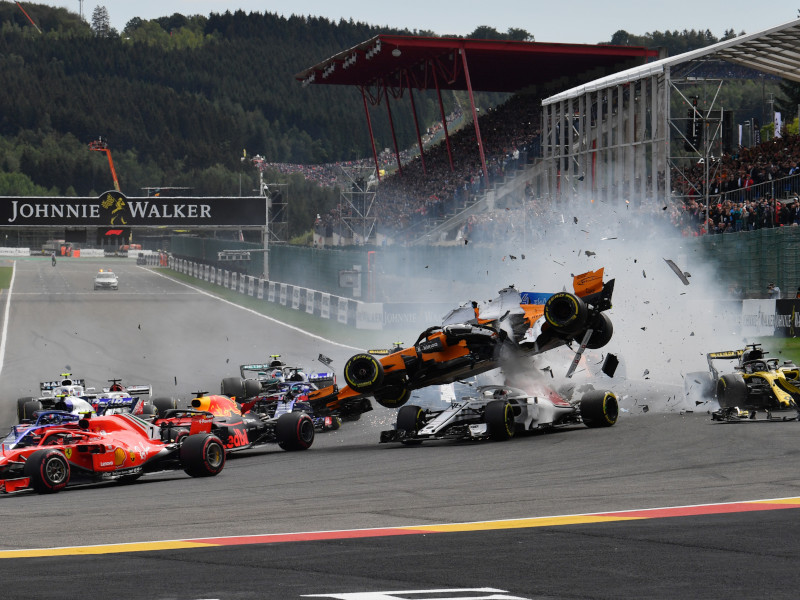 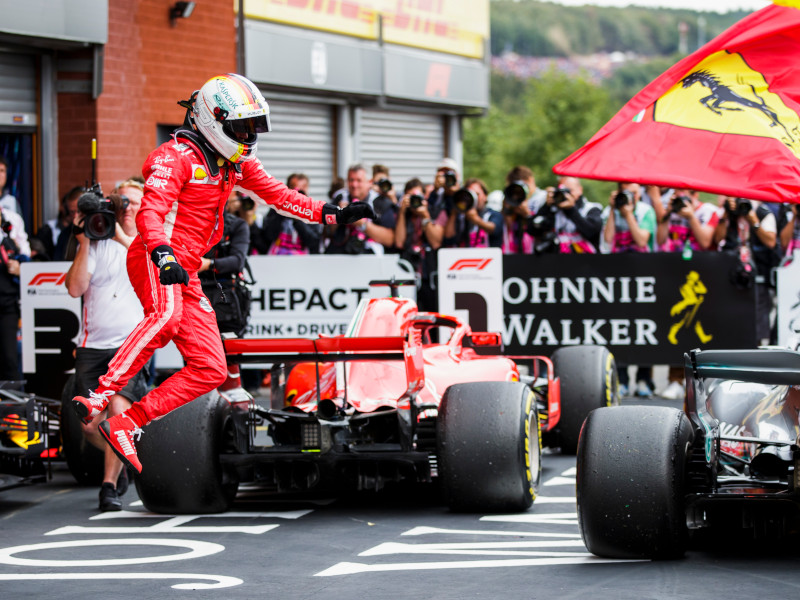 Through Formula 1’s hybrid era there’s been an average of 33 overtakes at each of the Belgian Grands Prix and each event since 2015 has featured either a Safety Car phase or red-flag period, highlighting the race’s propensity for collisions and clashes. As the first grand prix after Formula 1’s four-week summer break there’s likely to be a little bit of race-rustiness from those sitting in the cockpit. In 2018 there was a huge pile-up at La Source involving Nico Hulkenberg, Charles Leclerc and Fernando Alonso that send debris scattering over the circuit. Teams cannot bank on any strategy being safe with such a risk of the pack being bunched up, meaning those on the pit wall are kept on their toes throughout the 44-lap encounter.

It’s one of the most iconic motorsport events, set in beautiful surroundings, and where World Champions thrive, with ample opportunity for overtaking and the very real threat of sudden downpours thrown into the equation. Join Motorsport Live for the 2019 Belgian Grand Prix and click here to view ticketing options.