By Autosport's Jonathan Noble: Eric Boullier had a miserable French Grand Prix with McLaren this time last year, but now he's back in the Formula 1 fold and heading up the second event at Paul Ricard. First on the agenda? A certain traffic nightmare...

On the competitive front, ongoing difficulties with McLaren's campaign triggered his decision to resign in a bid to give it some freedom to sort a much-needed infrastructure overhaul.

On a personal front, at Paul Ricard he had taken huge satisfaction from having played his part in helping the French GP return to the Formula 1 calendar after a 10-year absence. But any joy about that was also tempered, in that case by the major traffic problems that cast a shadow over last year's event.

Fast forward to now, and life is very different for Boullier. 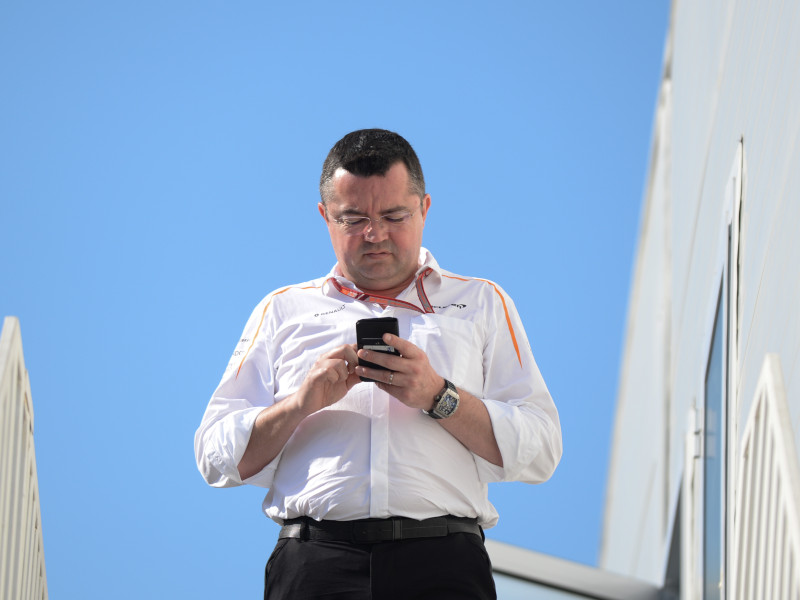 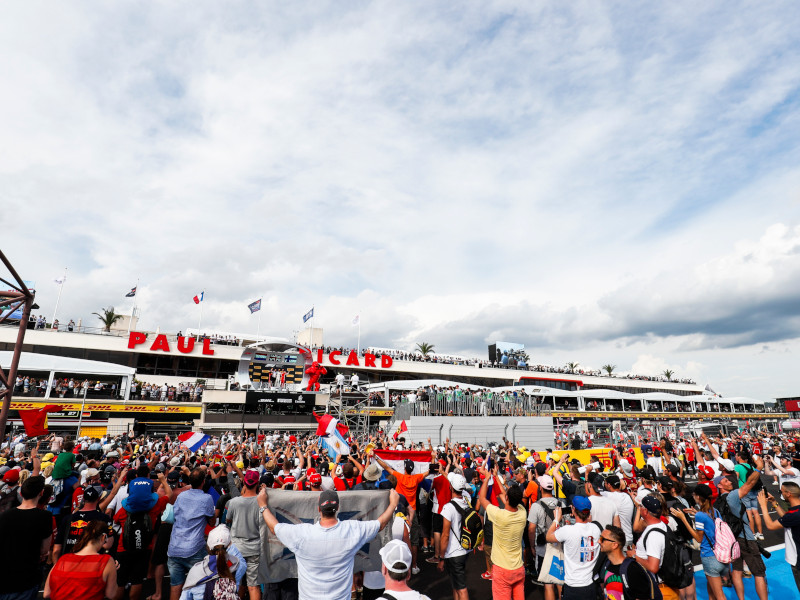 Earlier this year, having taken time to have a breather after decades of intense competition, he announced his return to a role in F1: as advisor and ambassador for the French Grand Prix.

Boullier was no stranger to the French GP organisation before, having played a part in the background to help with the race's return after the French Prime Minister gave the project the go-ahead nearly 10 years ago.

He could not give up too much time while heavily involved in running McLaren, but he said there were still some special emotions when he walked into the paddock at Paul Ricard last year.

"When you turn up at the track for the grand prix and think, 'wow, I helped to do this', you are proud of this and proud to be part of such an amazing team," he said.

"But then I was a bit disappointed that traffic was such a nightmare, when we all knew beforehand that Paul Ricard is not the most accessible track. There were also car park issues.

"The worst thing to have happened is to work so hard to revive such an experience and then to disappoint the fans."

It is obvious that sorting out the traffic chaos that marred the 2018 race is a priority: Boullier has helped put in place a €1,000,000 action plan with a complete change of approach - with the circuit taking over management of the traffic from the regional authorities.

"I think the function of the stewards is to penalise flagrantly unsafe moves, not honest mistakes as [a] result of hard racing," Andretti wrote. "What happened at the Canadian GP is not acceptable at this level of our great sport."

There will be a park-and-ride scheme at key motorway exits to keep around 4000 cars away from the vicinity of the circuit, plus there will be dedicated car pool lanes, motorcycle parking areas as well as more shuttles.

The race is also planning to use artificial intelligence technology to help better predict potential bottlenecks, as well as a bespoke arrangement with traffic navigator app Waze to make things better.

Boullier can't promise things will run without issue, but he has faith that he has done everything he possibly can.

"It is like running an F1 team: when you build a new car every year you don't know how good or bad your car will perform," he responds, when asked if he is confident the traffic situation is sorted.

"You believe it is going to be good but you never know until it is there and you see what others have done.

"The difference we have compared to running a team is that we are in control of our destiny and organisation, and territory. And we can do only better.

"So confident? Yes. 100% I am that we have improved and fixed most of the issues. Will it be enough? I don't know. How many people will turn up? I don't know. So there are still a lot of unknowns."

But Boullier's focus has not been solely on helping sort the traffic issues. He has taken a wider remit; to help build an identity for the French GP, get it on a strong commercial footing and also smooth some headaches for his former rivals as well.

"One example is that teams called me a few weeks ago and said: 'We would like to park our trucks between Monaco and the French Grand Prix while we go racing in Canada, instead of going back to England'. I told them to let me sort this out, because I know how important it is for the team operations.

"So that is what I did and it was fixed in two minutes. The race organisation would not normally understand why we have to park the trucks of the team so early; so I just dealt with the track and it was done. And it was easy."

One other key difficulty Paul Ricard faces is the biggest challenge that any new venue has: getting through the difficult second year for a grand prix. Year one is always easy to sell tickets for because of the novelty factor; getting people back regularly is a much bigger headache.

"I even met the Facebook haters to try to address everything, to make the experience better"

"I've been to 100 tracks in many countries and I've got close to many promoters," explains Boullier.

"When you are one of the actors of the show, promoters most of the time want your help to make the value for money better for the fans, and I was helping a lot of promoters in my past career, to offer them what I can to help make a better show.

"I got some good relationships with the promoters, maybe closer than some others, and when they tell you, during a dinner, about their experience, year two is always the difficult one.

"In the first one there is always the fact that it is new and people get attracted by this. So whatever fan profile comes, you fill up your grandstands. Year two, with the non-hardcore fans, they have seen it so they don't feel the need to come back. It's then you need to then build your identity to help attract the people who are going to be more regular in the future."

Paul Ricard has been pulling out all the stops to minimise the drop off this year though, with the creation of a Tour de France-style roadshow around the country to raise the race's profile. 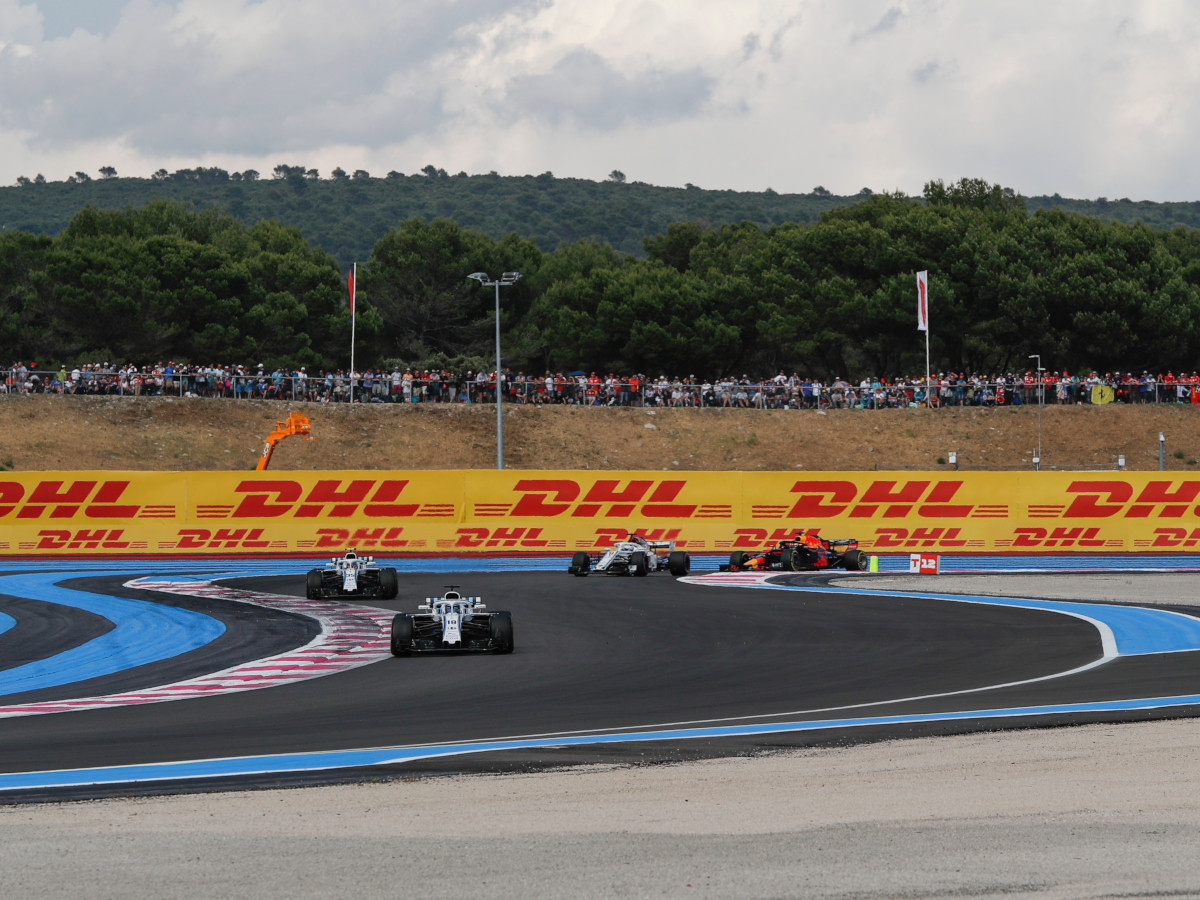 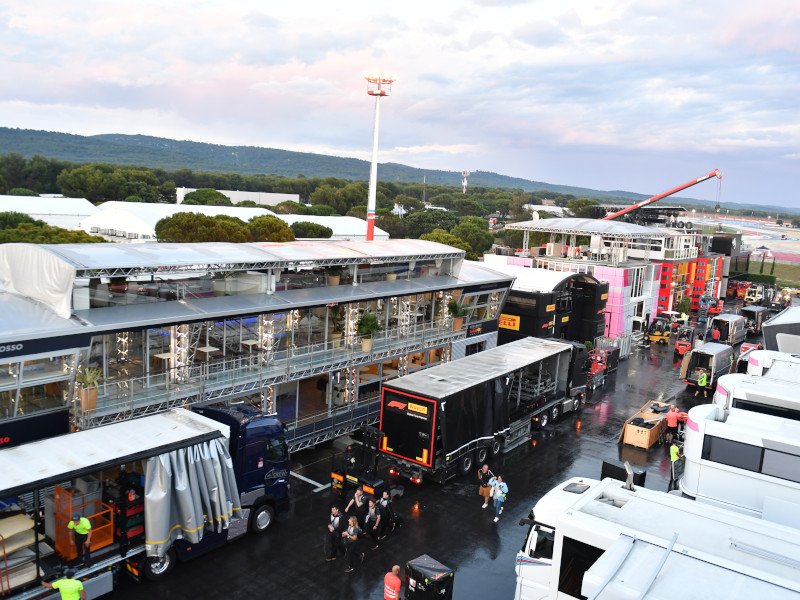 But while Boullier faces some big challenges in his new role, it is not all negative for him. One of the big joys he has found in his latest job is that he no longer faces the stress of being judged every two weeks on race performances.

"Luckily as a team boss I've been a winner... not everyone can say that. That is something that is very important," he smiles. "But it is more relaxed now!

"It is still a challenge though because you cannot miss it. The good thing is from my F1 experience, I know it is important to bring some milestones in what you are doing, but also to be autocratic and make sure that everything we did last year can be improved. That's not only the famous mobility [traffic] issue, but we want to solve any kind of problem from food and beverages, to not enough shade, any kind of thing.

"I even met the Facebook haters to try to understand not only the mobility issue, but to try to address everything, to make the experience a better experience. So there are some challenges, but definitely going from being judged every two weeks to once a year is a bit more peaceful."

Boullier is under no illusions that, after its difficulties last year, it is important the French GP runs much smoother this year. But he is realistic enough to know that there is little point setting a target of having everything working brilliantly.

"I want to have as few issues as possible, have fixed the mobility issue and to see a smile on the face of the people," he says about what it will take to mark a successful 2019 French GP.

"The best reward you can get after the race is that everyone from Liberty, teams, drivers and fans, who are all equally important, they tell you 95% that it was great.