Hot on the heels of Formula 1’s calendar announcement earlier today, the Circuit de Barcelona-Catalunya have released it’s 2020 Spanish Grand Prix ticket options for the re-instated fan favourite. Considering being part of the action in 2020? Motorsport Live takes a look why you should.

Formula 1 has a rich history in the Iberian Peninsula and has raced at several locations through Spain, including in the sun-swept south at Jerez, Madrid's Jarama circuit, and has also taken in the streets of Barcelona in the Montjuic and Pedralbes district. But since 1991 it has set up a permanent home to the north of the Catalan capital at the purpose-built Circuit de Barcelona-Catalunya. 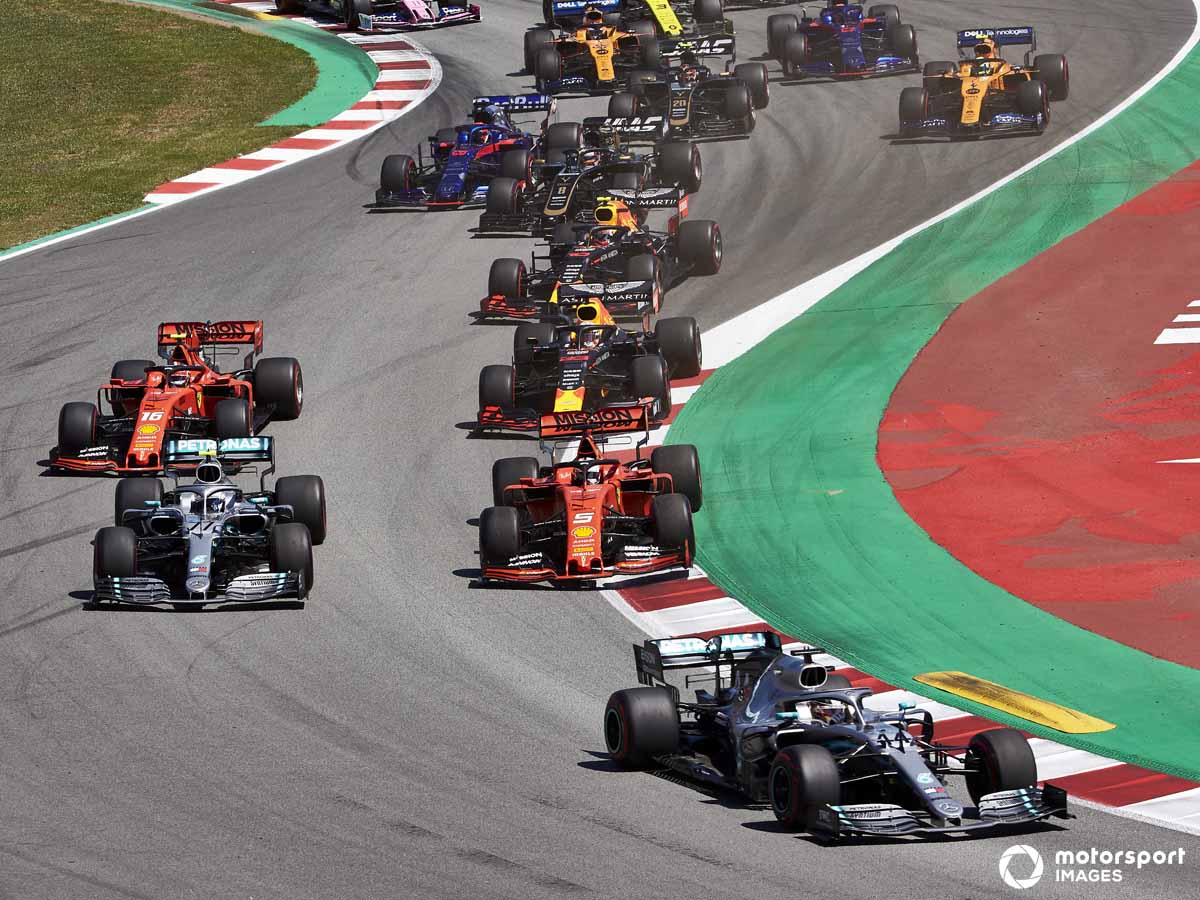 The venue, with a provisional race date of the 10 May 2020, has been witness to some enthralling events and historic moments in the history of the championship. In its inaugural event in 1991 Nigel Mansell and Ayrton Senna created one of the most iconic scenes when they brushed wheels at 200mph along the main straight, while five years later torrentially wet conditions played into the hands of Michael Schumacher, allowing him to secure an astonishing victory, his first of 72 across 11 years with Ferrari.

Nine different drivers shared the honours across nine years in the mid-2000s and early 2010s, demonstrating the event's propensity for unpredictability, which included Pastor Maldonado's shock win in 2012. The Venezuelan backed up a stunning pole position with a controlled victory on Sir Frank Williams' 70th birthday - it remains the team' last victory to date. And who can forget the 2016 race, when the dominant Mercedes drivers crashed into each other on the opening lap, paving the way for Max Verstappen to become the championship's youngest winner aged just 18, and on his debut for Red Bull Racing. 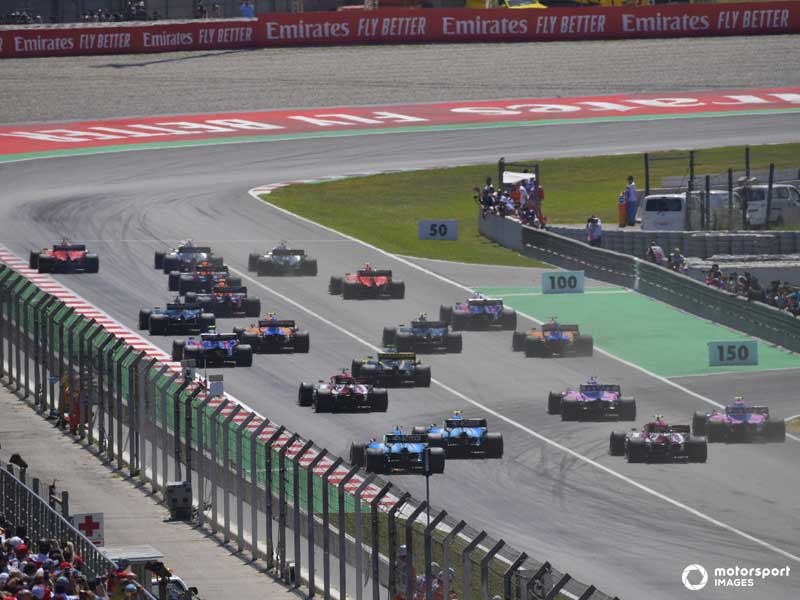 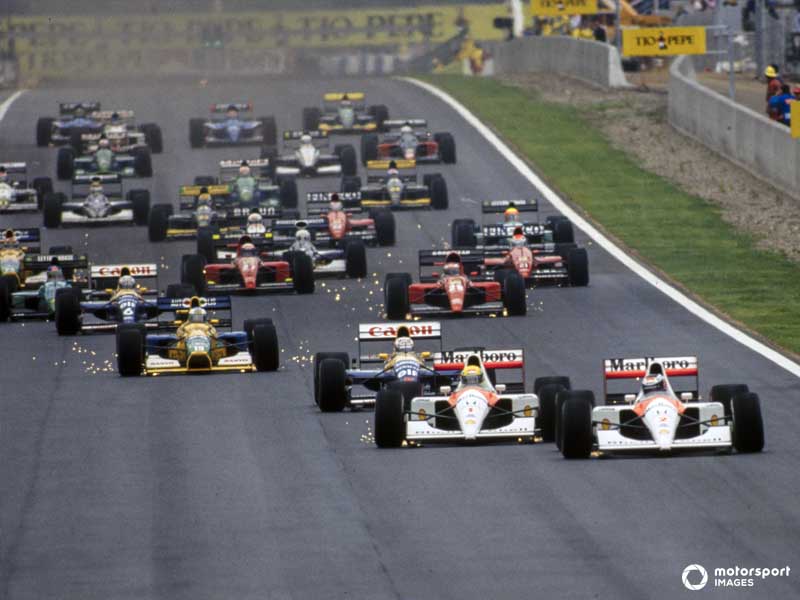 In recent years Lewis Hamilton (and Mercedes) have ruled the roost, prevailing in an epic scrap for victory against Sebastian Vettel in 2017 before controlling both the 2018 and 2019 races. It has left the Briton with four Spanish Grand Prix wins to his name, just two behind record-holder Michael Schumacher, who was the king of Barcelona on six separate occasions. Can Hamilton extend his streak into 2020? With a new one-year deal having been agreed, ahead of an anticipated long-term renewal, it gives the reigning World Champion more time to extend his winning run.

Formula 1 teams have plenty of knowledge of the Barcelona circuit courtesy of its prominence as a pre-season test venue - though the different conditions in May compared to February can lead squads down some rabbit holes in terms of set-ups and expectations, meaning it's not the straightforward encounter that many might anticipate.

Barcelona's circuit does, though, favour a strong all-round package. There are an array of low, medium and high speed bends, that test a car's aerodynamic package, handling, stability through the corners, balance and consistency. A couple of lengthy full-throttle sections means traction onto the straights is required, a good top end speed is a must, while stability and confidence under braking will also be put to the test. The length and number of high-energy corners also means the rubber gets a workout, so teams and drivers have to be careful not to abuse tyres, particularly the left-front, which receives a pounding through the long-radius Turn 3 and flat-out Turn 9.

With a great variety of grandstand and general admission vantage points, Spain is a great way to see the performance, grip and required driver skill of modern-day Formula 1. With the early summer Mediterranean weather just coming into life, not to mention being just down the road from Barcelona, one of Europe's most iconic cities makes the Spanish F1 Grand Prix one not to miss. 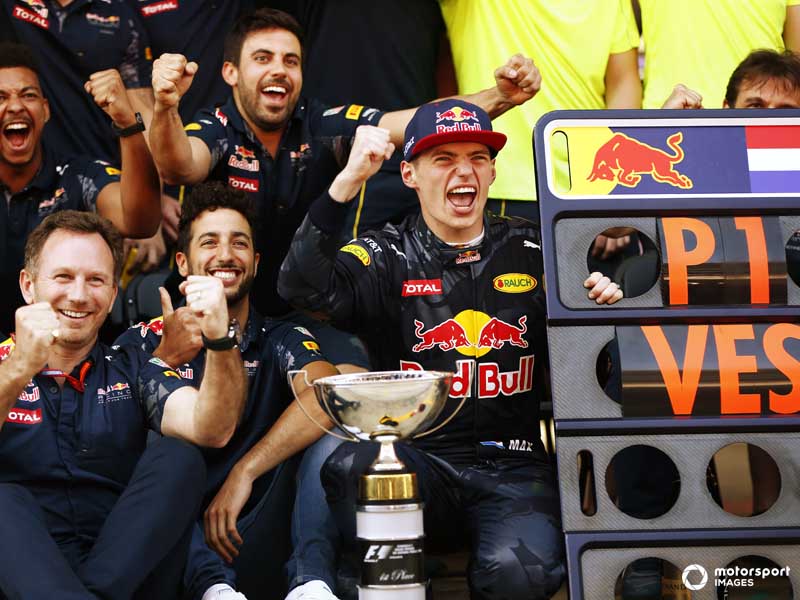 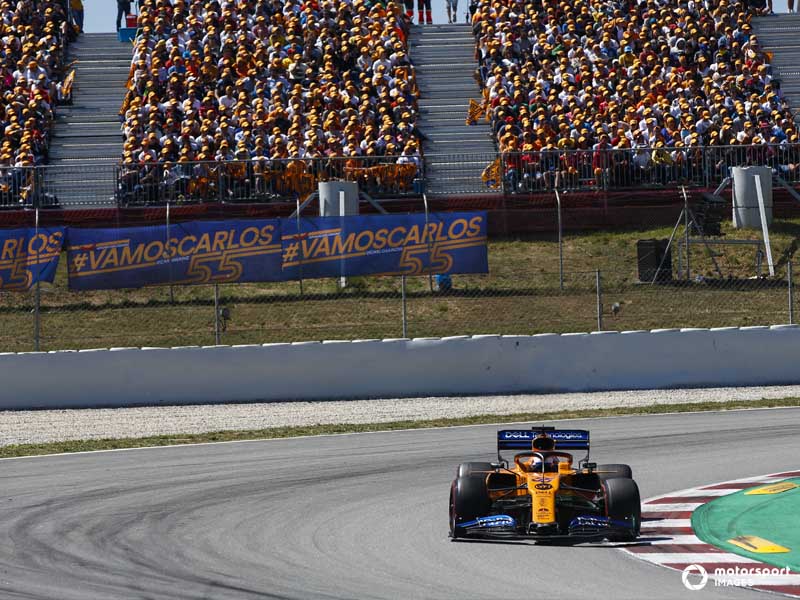 One man looking to make an impact will be Carlos Sainz Jr. Following the retirement of two-time World Champion Fernando Alonso Sainz Jr. has been left to fly the flag for Spain, and will do so again in 2020 following confirmation that he will remain part of the ever-improving McLaren squad. Sainz Jr. has a 100 per cent scoring record at the Circuit de Barcelona-Catalunya in five attempts - he'll be on the lookout to extend that streak, and perhaps even challenge for the podium positions if the stars can align come race day.

To see the whole range of Spanish Formula 1 ticket and hospitality options, visit Motorsport Live - the dedicated motorsport experience provider. Spain is part of a 22 races calendar that makes-up the 2020 championship. Motorsport Live has ticket and hospitality options for all races of the remaining 2019 season, with 7 of the 2020 races already available, including Australia, Vietnam, Monaco, Canada, Austria and Hungary. To see all options, to buy Formula 1 tickets and to sign up for notifications as soon as the other 2020 races become available, please visit Motorsport Live today.