Ferrari struck back in Formula 1, Marquez continued his cruise towards the MotoGP crown while in IndyCar one of its new generation sealed a second title. Motorsport Live takes a look at what happened in motorsport throughout September.

Fresh off his maiden Formula 1 victory at the Belgian Grand Prix Charles Leclerc doubled up a week later in Italy to end Ferrari's nine-year wait for success on home territory. Leclerc claimed pole position in a controversial qualifying session before sustaining race-long pressure from both Mercedes drivers, as firstly Lewis Hamilton and latterly Valtteri Bottas tried to push the youngster into a race-deciding mistake. 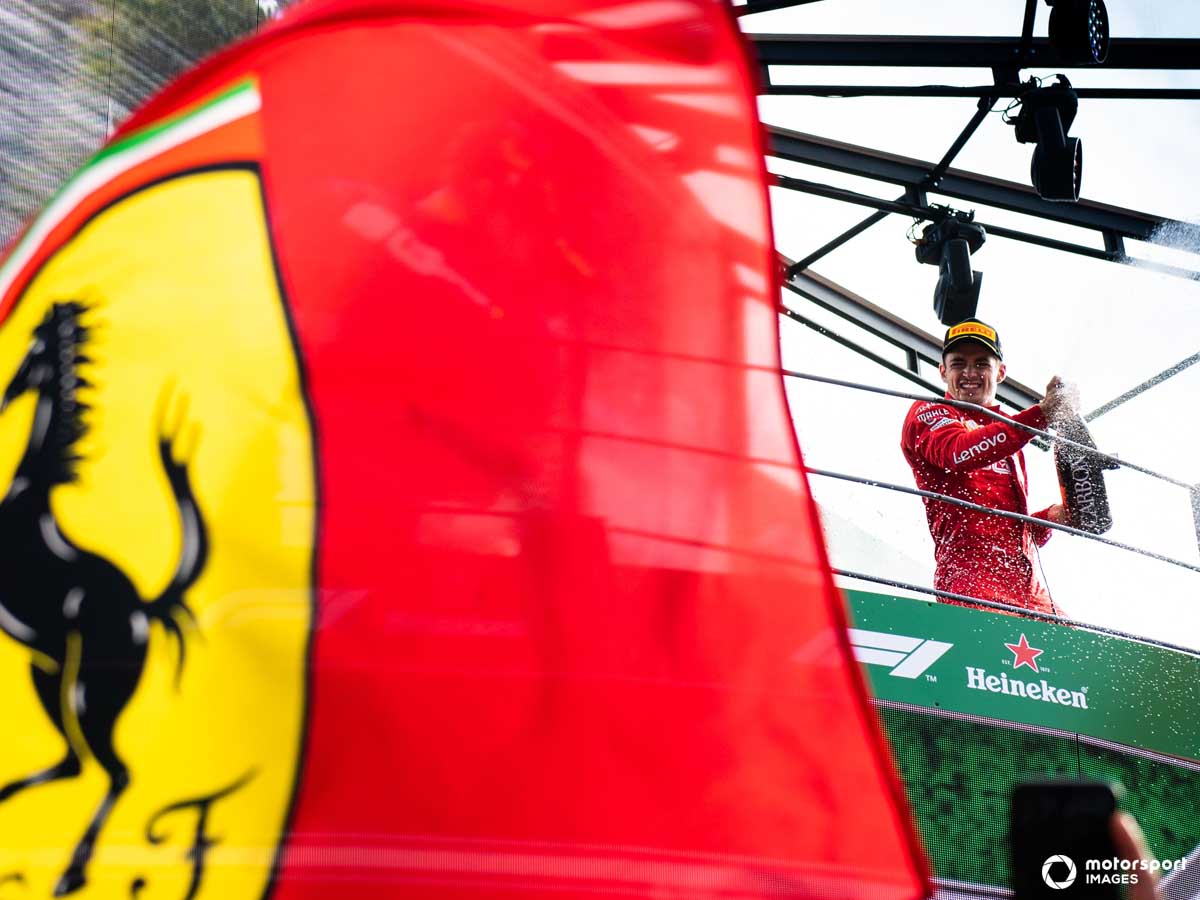 Hamilton and Leclerc briefly battled but the Ferrari ace stayed ahead and after 53 laps was first to greet the chequered flag, sending the passionate Tifosi into raptures. But it was a bad race for Leclerc's Ferrari team-mate Sebastian Vettel, who sustained a penalty and crept closer to a potential ban in the wake of a shock spin and unforced collision with Lance Stroll, meaning the four-time World Champion did not even pick up a point.

Could Vettel hit back around the streets of Singapore? That was the big question. It was Leclerc who once more shone during qualifying as he scorched to an unexpected third pole in succession, with Ferrari springing a surprise at a venue where it was anticipated to struggle. With the SF90 in a happy operating window, and buoyed by a working update package, Leclerc was able to control the pace, but the impact of the undercut tyre strategy played perfectly into Vettel's hands, and by stopping one lap before his team-mate he was able to emerge from the pit stop phase in front. A perplexed and frustrated Leclerc was denied a hat-trick of victories as he was forced to play second fiddle to Vettel, whose long-awaited first victory of the season came after a drought of 392 days. It also marked Ferrari's first 1-2 finish in over two years, and the first ever 1-2 for any manufacture under the Singapore night sky. 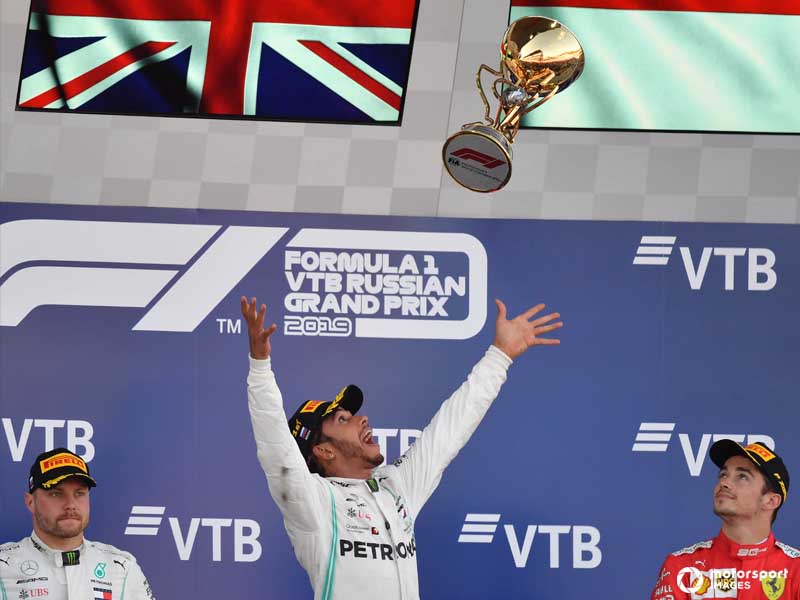 Formula 1 headed straight from Singapore to the Black Sea coastal resort of Sochi for the Russian Grand Prix, where Leclerc and Ferrari maintained its eye-catching pace. Leclerc stormed to his fourth pole on the bounce, becoming the first Ferrari driver to achieve the feat since 2001, as he collected a sixth qualifying success of the campaign. But Ferrari's prospects of sweeping up September were scuppered through a mechanical failure that triggered an ill-timed Virtual Safety Car period. Having had to cope with a spate of team orders between its drivers early on, Ferrari's hopes unwound when Vettel retired due to a hybrid issue, with the subsequent safety car phase playing into the hands of the yet-to-stop Lewis Hamilton.

The reigning champion emerged from the pit stop sequence ahead of Leclerc and controlled proceedings through to the finish thereafter to chalk up his ninth win of the campaign. It leaves Hamilton with a 73-point advantage over Mercedes team-mate Valtteri Bottas in the Drivers' Championship as he chases a sixth crown, while the Silver Arrows will head to October's Japanese Grand Prix with a one-two all it needs to secure its record beating 6th Constructors' title in a row.

By the time Formula 1 reaches Japan, MotoGP could well have crowned its 2019 champion, as the two-wheeled championship prepares to embark on its Asian voyage. Reigning champion Marc Marquez is all but guaranteed to end the year as king of the world for a sixth time - and fourth in succession - on account of the 93-point advantage he holds over sole remaining opponent Andrea Dovizioso.

Marquez went head-to-head with Petronas Yamaha star Fabio Quartararo in San Marino and pulled off a last-lap overtake to secure the victory, which he celebrated in enthusiastic style in the wake of two narrow defeats. Marquez headed to home turf at MotorLand Aragon buoyed by that success and duly dominated the weekend's action, annihilating his opponents in practice and qualifying before crushing them in race trim, taking a commanding eighth victory of the year. Dovizioso could yet deny Marquez the crown, or even prolong the title battle for one more round, but those fans heading to Thailand's Buriram Circuit for this weekend's action should be witnesses to another of Marquez's coronations. 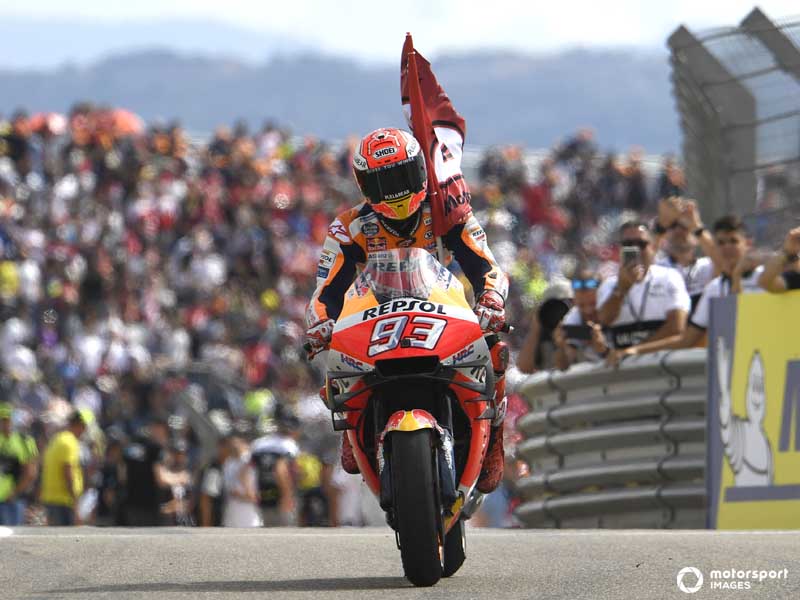 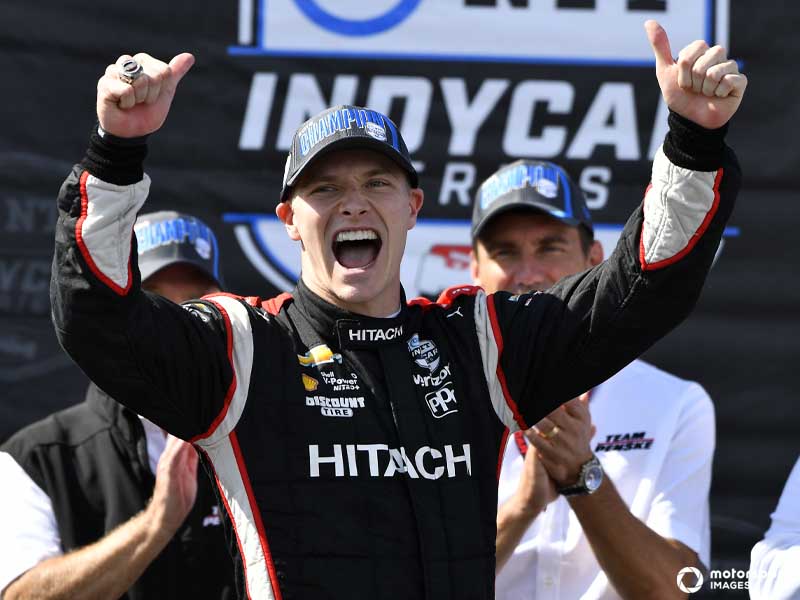 In North America the 2019 IndyCar season came to a close and it was Josef Newgarden who delivered the goods for Team Penske to take his second title in three years. Newgarden didn't mount the podium in the last four races but he bagged enough points, including eighth in the returning Laguna Seca finale, to add his name to the Astor Cup once more. Indianapolis 500 champion Simon Pagenaud finished runner-up to ensure a Penske 1-2 in the standings, closely followed by Andretti and Ganassi leaders Alexander Rossi and Scott Dixon respectively. The focus on the title battle almost overshadowed a fine end to 2019 by Colton Herta, who dominated at Laguna Seca for his second win, though he missed out on Rookie of the Year honours to Felix Rosenqvist by just five points.