MAKING A HOLIDAY OF THE VIETNAM F1 GRAND PRIX

For the first time in the sports 70-year history Formula 1 will visit Vietnam in 2020. A provisional date of the April 5 has been set for the race, bringing the championship to the capital city of Hanoi. Motorsport Live takes a look ahead to the Grand Prix, and takes a look at the city and the wider country for anyone looking to make a trip to the inaugural Vietnamese race.

Formula 1 owners Liberty Media have been eager to add 'destination events' to their ever-expanding championship and there is no doubt that the 2020 Vietnam F1 Grand Prix will perfectly fit in to that mantra. The sport's chiefs have selected the My Dinh district, located to the west of the vibrant city centre, as the home for the semi-permanent street circuit, where Formula 1's racers will reach speeds of up to 330km/h. 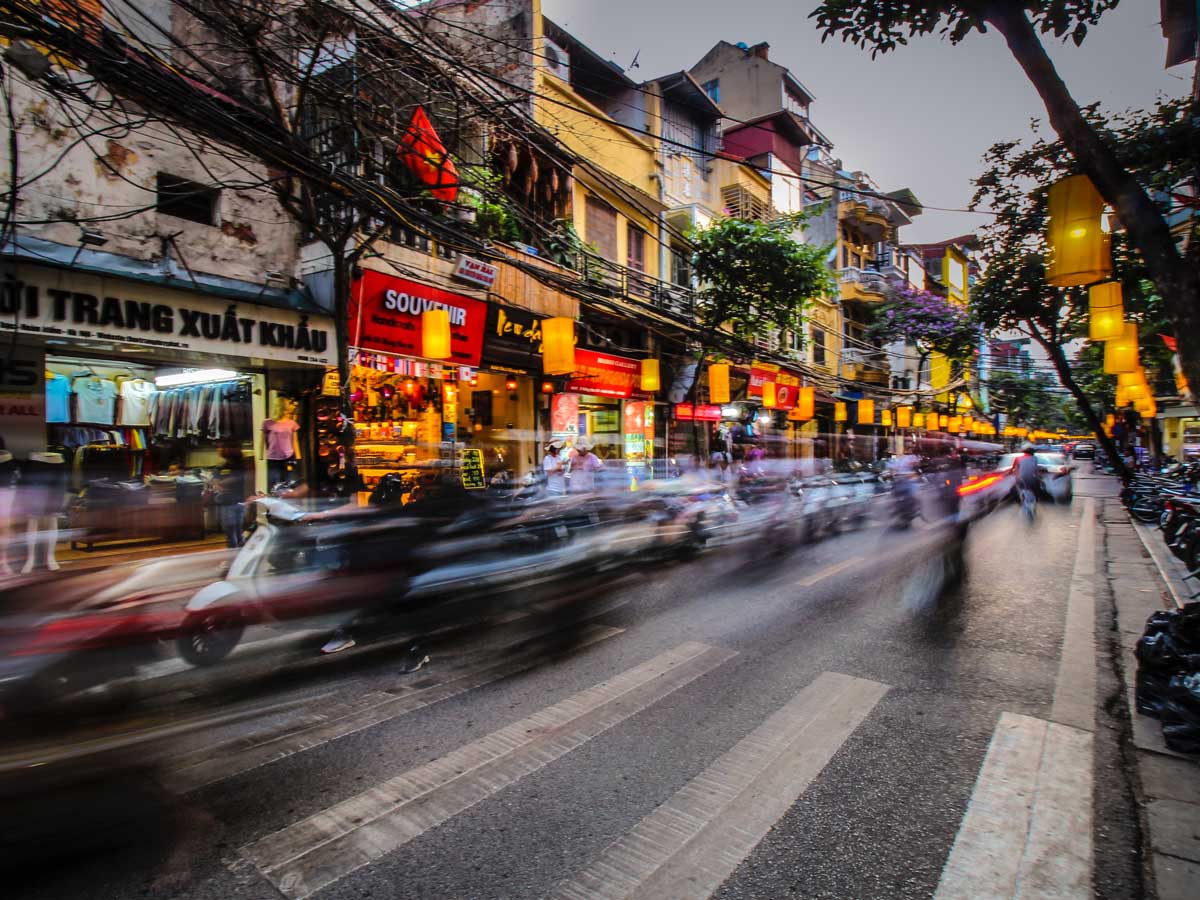 Hanoi is the capital of Vietnam. Located within central Asia, some 5.5k miles from the Europe. Flight time is 12 hours and you'll jump seven time zones, so you'll want plenty of time to relax, recharge and refresh. Hanoi has a diverse history courtesy of the leaders and dynasties that have either ruled or occupied both the city and the wider region. China, Japan and France have all had spells as an occupying force but since the conclusion of the second World War Hanoi has been independent.

So what is there to do in the city?

Plunging into the centre of Hanoi will take you to Hoan Kiem Lake, a freshwater lake that is the focal point of many public events, which features Thap Rua (Turtle Tower) in the middle. According to the legend a golden turtle god asked for emperor Le Loi's sword, which had been used to defeat the Chinese, to be returned to Long Vuong - the Dragon King - that lived beneath the surface. A short walk from the park will take you to Thang Long Imperial Citadel, a UNESCO World Heritage Site, which features several buildings and structures that withstood the destruction undertaken by the French colonialization. One of the few surviving monuments is the pyramid-shaped Flag Tower of Hanoi, a 33-metre tall structure, atop which the gold-starred red flag flutters, acting as a symbol of Vietnamese unity. 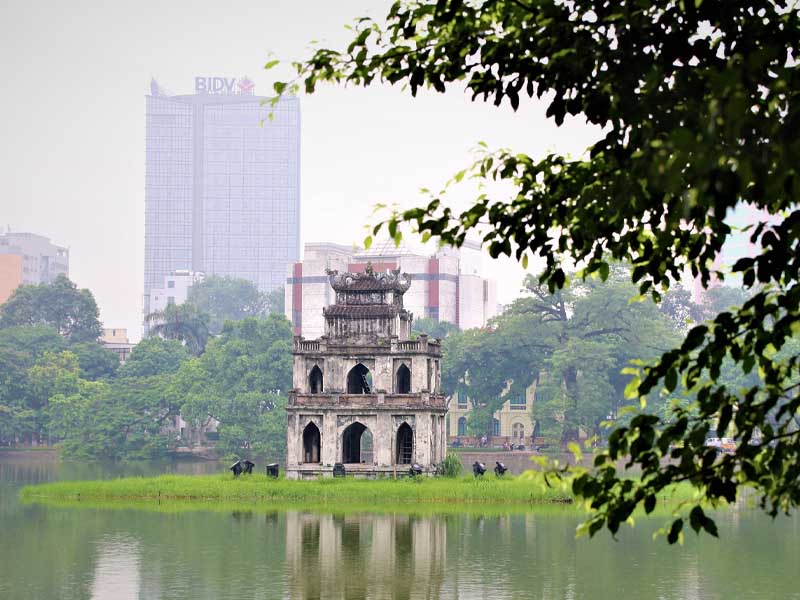 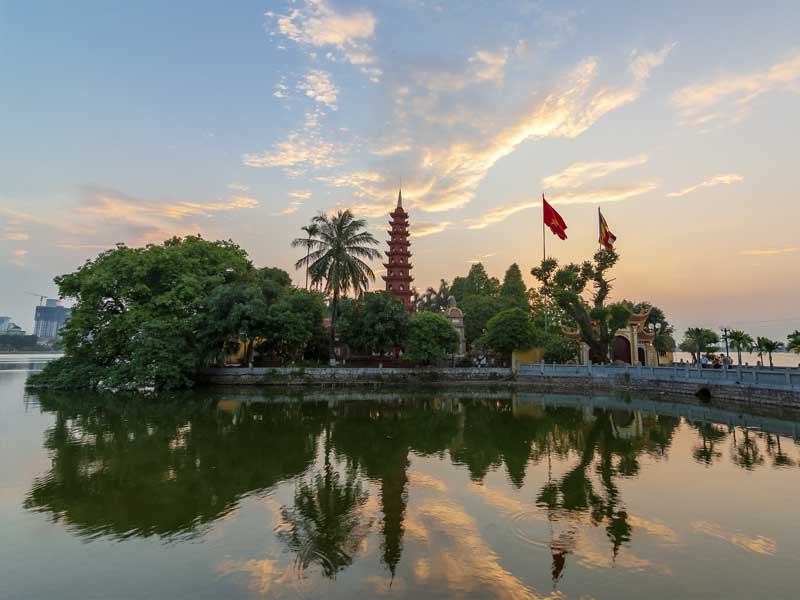 Officially Vietnam is an atheist state but many of its citizens hold religious beliefs, with various faiths intertwining and holding respect towards each other. The Buddhist One Pillar Pagoda is one of the most iconic temples in the country and was rebuilt after the French Indochina war, while the Tran Quoc Pagoda dates back to the sixth century, and is set within the tranquil surroundings of a tiny island. If you have an interest in history and politics then the President Ho Chi Minh Mausoleum contains the embalmed body of the revolutionary leader, constantly flanked by a military honour guard.

Vietnam synonymous with the decade-long civil war. One of the reminders of the horror is the Hao Lo Prison, part of which has been retained and converted into a museum. The facility was jokingly dubbed 'Hanoi Hilton' by American prisoners of war, but much of the museum is focused on the treatment received by the Vietnamese during the French colonial period. One quirky and famous district to visit is Hang Bong, where twice a day a train speeds through a cramped street, just inches from houses and market stalls. 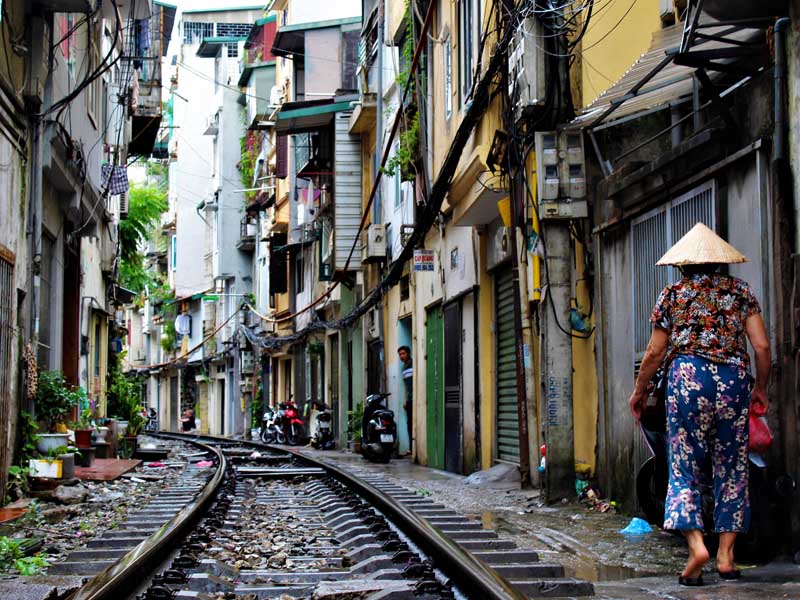 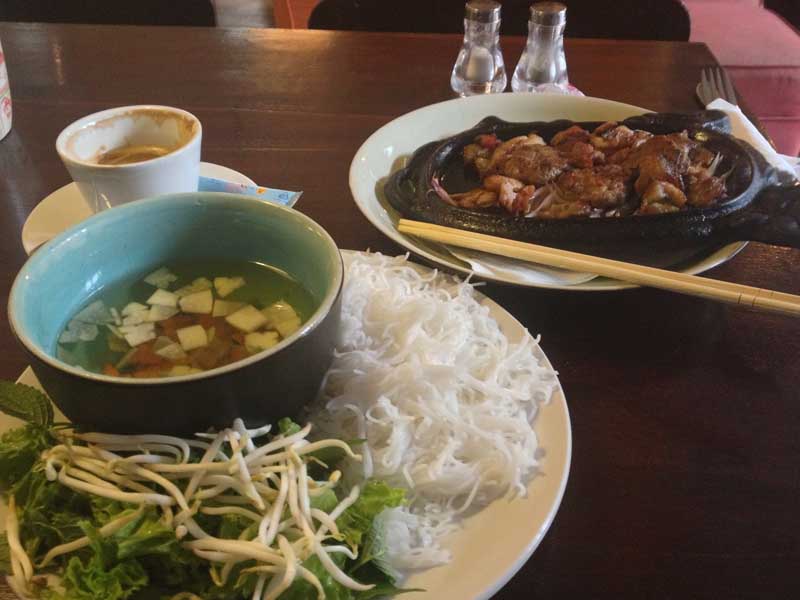 After taking in the sights and sounds of a majestic city you'll certainly want refuelling. All kinds of food and drink are available in the city but if you want a taste of the local cuisine then be sure to head to the affordable eateries or take in some street food, for simple and affordable dishes that create an explosion of taste sensations. Goi Cuon are spring rolls typically filled with coriander and pork, Banh Mi are French-inspired baguettes with a variety of potential fillings while Bahn xeo are large pancakes typically accompanied by a fish sauce. A Hanoi speciality is Bun cha - pork barbecued on an open charcoal brazier and placed atop a bed of cold rice noodles, garnished with a handful of greens. Simple but gorgeous. And to start your day you'll want Pho - a noodle soup with a light beef or chicken broth, typically flavoured with ginger and coriander. What's for dessert? Try Che Ba Mau - a multi-coloured dish that gets its name from the yellow mung bean paste, red beans and green pandan jelly, topped with a layer of ice and rich coconut cream. Or what about Banh Tieu - the crispy fried doughnut laced with sesame seeds. They are utterly addictive. But these are just a smattering of hundreds of dishes available across thousands of places, each with their own unique take both on Ha Noi and Vietnamese cuisine.

Beyond Ha Noi the entire peninsula has a wealth of sightseeing options, with Vietnam offering miles of unspoilt beaches, while its most famous attraction is surely the World Heritage Sight Ha Long Bay, located a three-hour drive to the east of the capital city. From Ha Noi you can also reach several other enticing destinations, with China a two-hour flight away, and Cambodia three hours away by aeroplane.

Vietnam is new and unexplored territory for Formula 1 but the country is rich in history and culture. Ross Brawn, Formula 1 Managing Director of Motorsport, has expressed a desire to use the new construction to test and implement new ways to facilitate closer racing and overtaking. Motorsport Live has a full range of Vietnam F1 ticket and hospitality options available for this iconic race. To buy and see the options then please click here to Formula 1 tickets today.