Making a Holiday of it – Valencia MotoGP - bookf1.com
Please wait...

MAKING A HOLIDAY OF IT – VALENCIA MOTOGP

MotoGP’s season finale takes place at the tight and twisty Ricardo Tormo Circuit near to Valencia – one of Spain’s most vibrant and energetic cities. Let Motorsport Live be your guide to what Valencia has to offer.

For the best part of two decades MotoGP's global tour has reached its conclusion in Valencia, where several world titles have been settled, often in dramatic fashion, in front of a sell-out crowd. Just a stone's throw away from the compact venue is the city of Valencia, which blends history and modernity, retaining its culture while looking to the next decade. 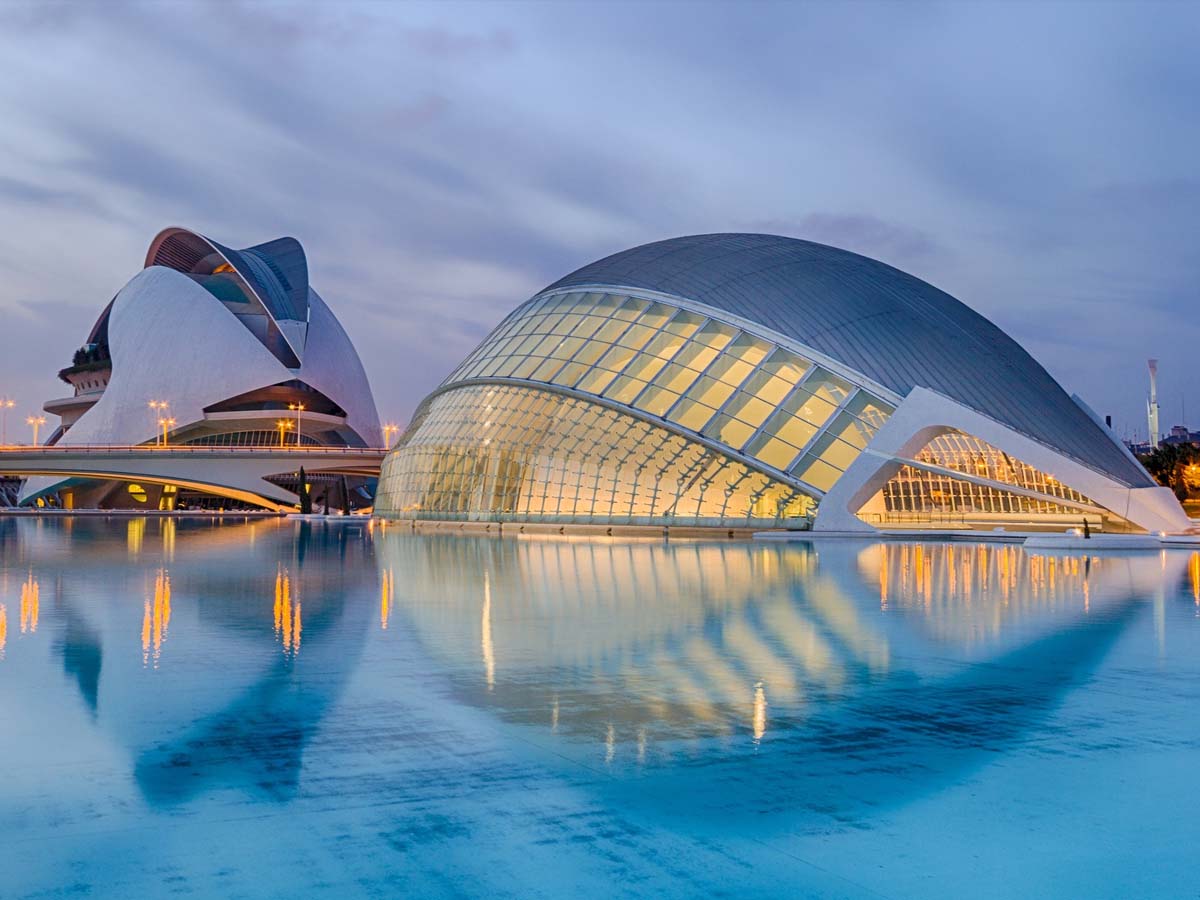 Its location makes it simple to reach from any major European airport, with a range of low-cost airlines flying into Valencia Airport, located on the outer reaches of the city. From the airport an efficient and reasonably-priced railway service will take you straight into the heart of this gorgeous city, while for the slightly more adventurous among why not hire a car and explore more of the landscape.

One of Valencia's most famous modern masterpieces is the Ciutat de les Arts i les Ciències complex, located in the seven-kilometre long sunken Turia Park that bisects the city, which was reclaimed when the eponymous river was rerouted in the 1950s to prevent further flooding. The complex, the final part of which was finalised in 2005, is made up of several buildings in an area which has an other-worldly feel, thanks to the unusual architecture. L'Hemisfèric resembles a giant eye and contains an IMAX cinema and a planetarium, the El Museu de les Ciències Príncipe Felipe takes on the shape of a whale skeleton and houses an interactive museum, while L'Oceanografic is the largest aquarium in Europe, with each building representing different sea life environments.

These are just the main three architectural wonders of a breath-taking district of Valencia - and a stone's throw away from the Cuitat Vella, the old city, where you'll find a plethora of historic buildings and archaic alleyways. 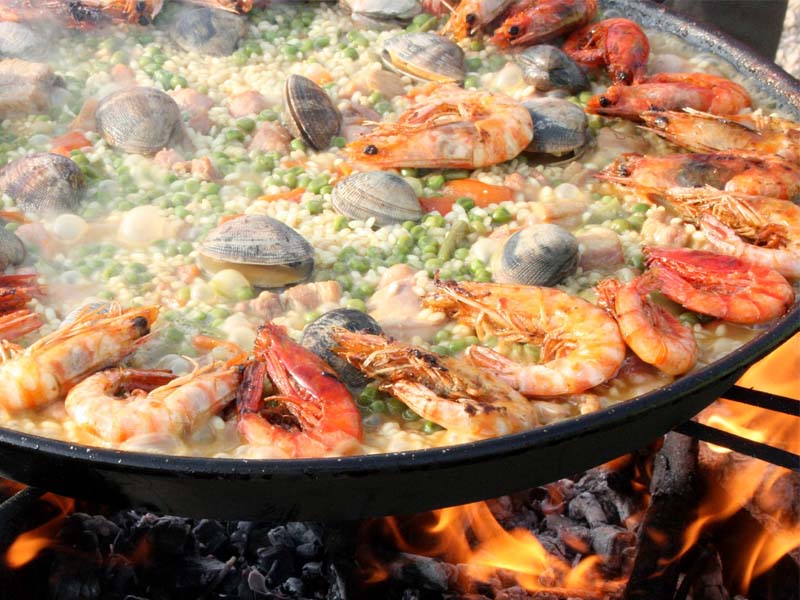 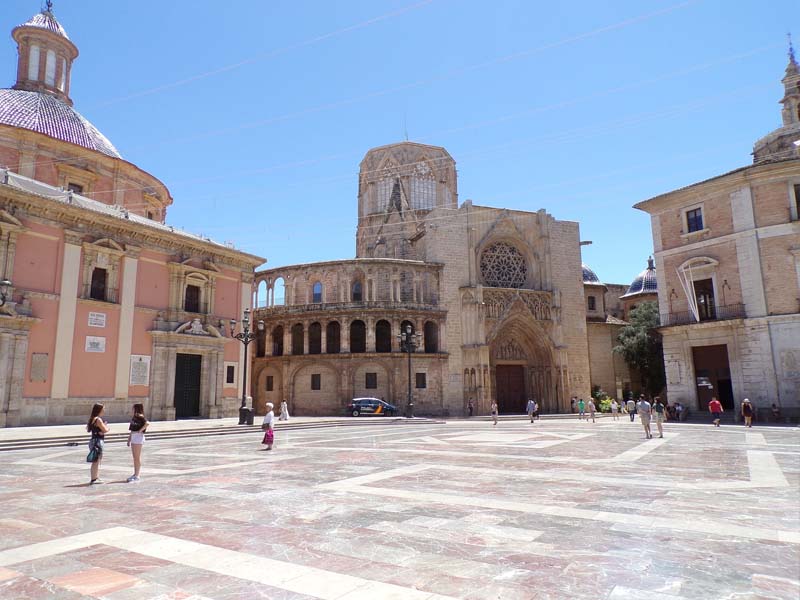 The Gothic-style Llotja de la Seda acted as a silk exchange for several centuries and was considered a UNESCO World Heritage Site in 1996, while the state-owned Palacio del Marqués de Dos Agüas houses the National Museum of Ceramics and Decorative Arts. Not to mention the Chapel of the Holy Grail; take a visit and you'll see why Indiana Jones should have taken a trip to Valencia!

The Colon Market used to be a haven for fresh produce, most prominently selling fish and meat, but the space has now been given over to several charming cafes, and occasionally live music and other events take place in the area. And while motor-racers talk about 'licking the stamp and sending it' in overtaking parlance, in real life why not check out Valencia's Post Office? The Edificio de Correos y Telégrafos is surely the most ornate Post Office in the world, now approaching the centenary of its construction.

The Cuitat Vella is also full of lesser-known sights, so why not just wander the maze-like alleyways and escape, where you'll stumble upon all sorts of street art - the El Carmen district is best for this - cafes and picturesque buildings. 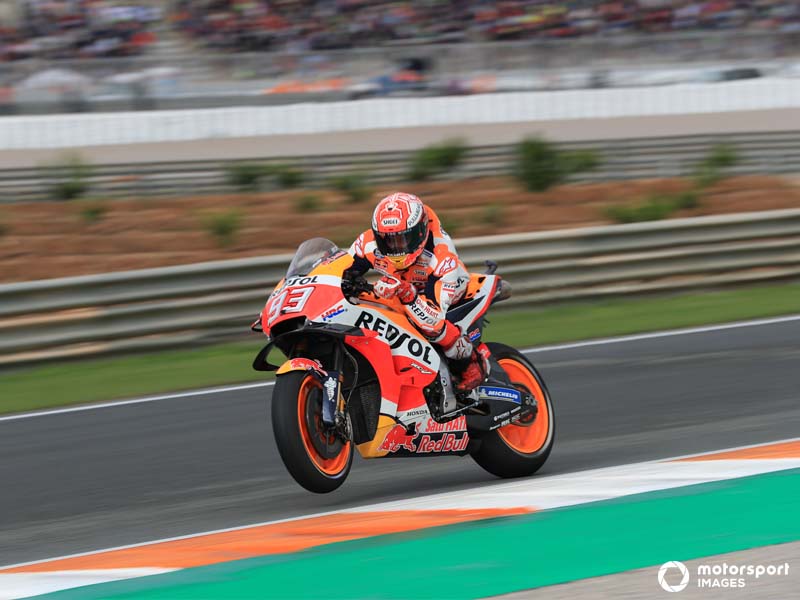 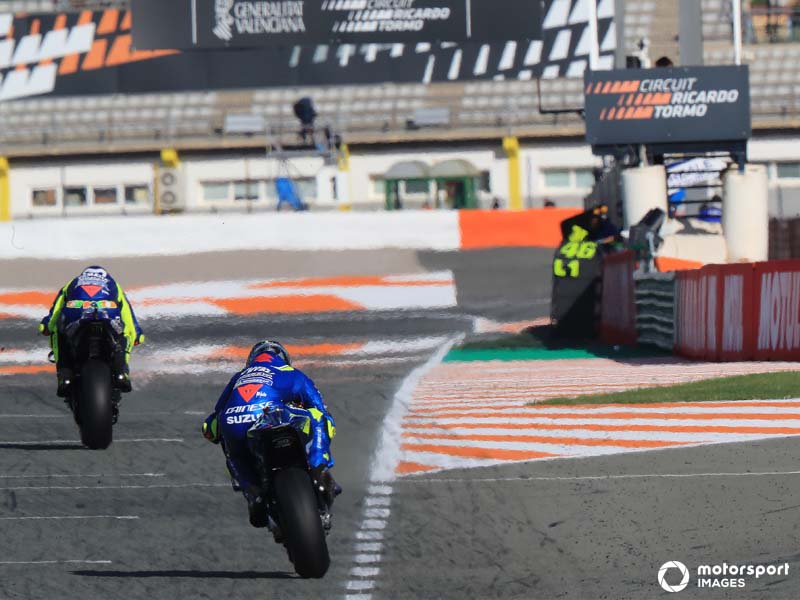 The Valencian region is also famous for its food and drink delicacies. The Iberian peninsula is renowned for its Paella and this is most pronounced in Valencia, where it is typically composed of chicken, rabbit and garrafo - a local white bean - with a layer of crunchy rice along the bottom of the traditional pan. The noodle equivalent, Fideua, is typically garnished with seafood while All I pebre is a stew that contains chunks of potato and eel, simmered in a garlic, paprika and almond sauce. Tapas is not such a Valencian past-time compared to other areas of Spain, but be sure to check out esgarraet - salted codfish and roasted red peppers - and leave room for dessert: Bunyols (fritters containing a dollop of pumpkin in the dough), Fartons (sweet sugar-glazed bread) and Turron (nougat) are typical delicacies.

And when all is said and done why not head to the beach? MotoGP's visit may take place in mid-November but the region can typically enjoy pleasant temperatures and sublime days, with over 300 days of sunshine per year. The blue-flag Platja del Cabanyal stretches for several kilometres on the outskirts of Valencia and is renowned for its golden sand and litany of bars and restaurants, providing views out towards the Mediterranean.

Valencians also love their sport: bullfighting is not as common in the city as other Spanish locations but it is still a past-time, while it is home to Valencia FC and Levante, who both play in the premier division alongside the likes of FC Barcelona and Real Madrid.

The Valencian MotoGP is one of its main events and with Valencia having so much to offer its worthy of a long trip if you're looking to escape more traditional autumnal weather. Check out all 2019 Valencia MotoGP ticket options and packages available at Motorsport Live.