Formula 1 might have ended June being described as boring and a procession, but July was anything but, with a spate of sensational shows, while elsewhere one title was won, and another inched nearer to being decided. Motorsport Live takes a look back at the four- and two-wheeled action from July.

In Formula 1 Mercedes responded to its unbeaten streak ending in Austria storming to an emphatic 1-2 finish at a thrilling British Grand Prix. The cool and cloudy conditions facilitated drivers in being able to fight tooth-and-nail for position, with Lewis Hamilton and Valtteri Bottas scrapping for the lead, much to the delight of the 141,000-capacity crowd. Bottas held on on-track but Hamilton opted for a different strategy and unleashed superior pace thereafter to emerge triumphant for a record-breaking sixth time on home soil. 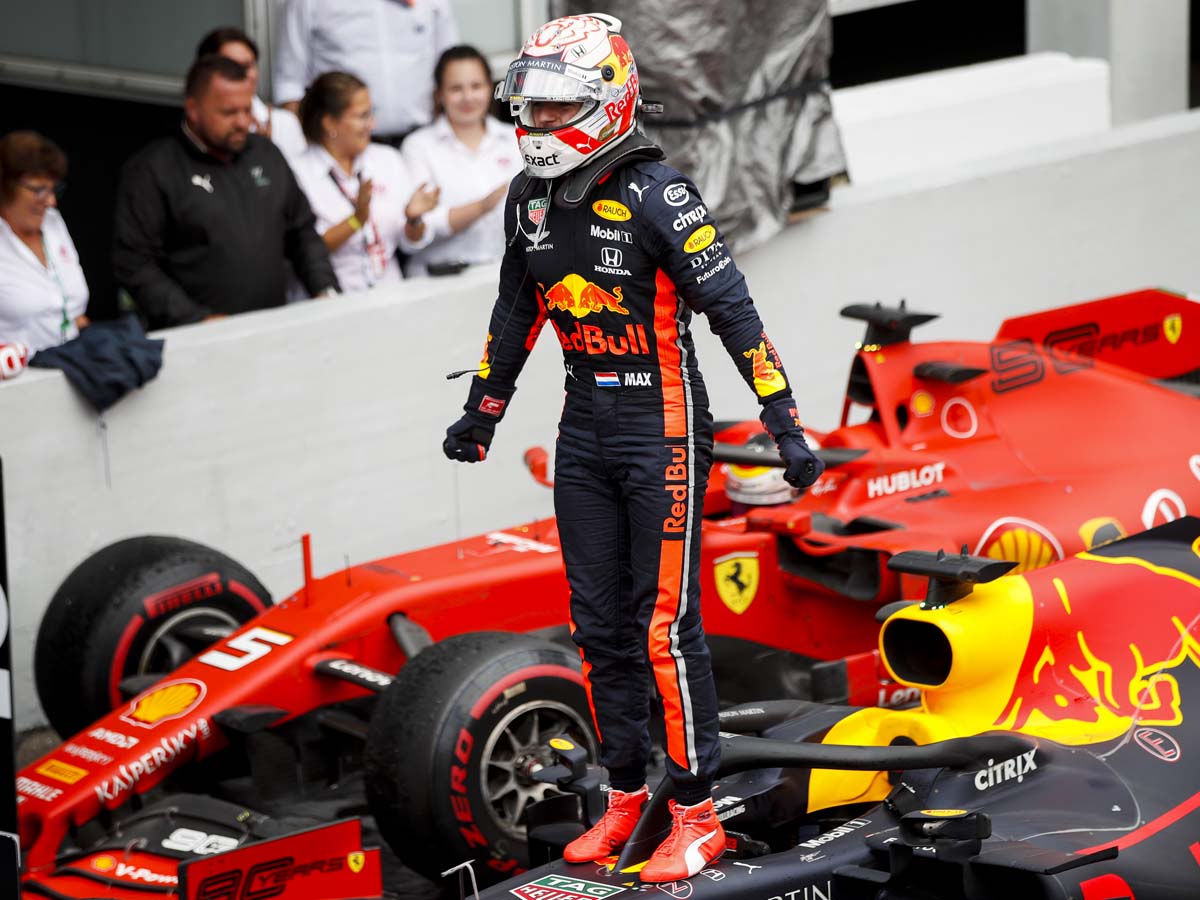 While the fight between the Silver Arrows was captivating, the battle between Formula 1's rising stars was on another level. Charles Leclerc and Max Verstappen put on some of the best side-by-side action of Formula 1's hybrid era as they pushed the limits for several laps, playing hard but fair as they duelled together. It was Leclerc who grabbed another podium - but only after Verstappen was rear-ended by the other Ferrari of Sebastian Vettel.

If Silverstone was a great display of racing, then Hockenheim proved to be a wild display of chaos. Changeable weather conditions kept drivers and teams on their toes throughout and it proved to be a disastrous day for Mercedes. Its drivers ran 1-2 for the first chunk of a tricky race but a rare mistake from Lewis Hamilton, and a calamitous pit stop, dropped him down the order, while another high-speed off restricted him to ninth. He nonetheless still extended his title advantage over Valtteri Bottas as the Finn's podium hopes were wrecked when he spun into the wall at high speed. 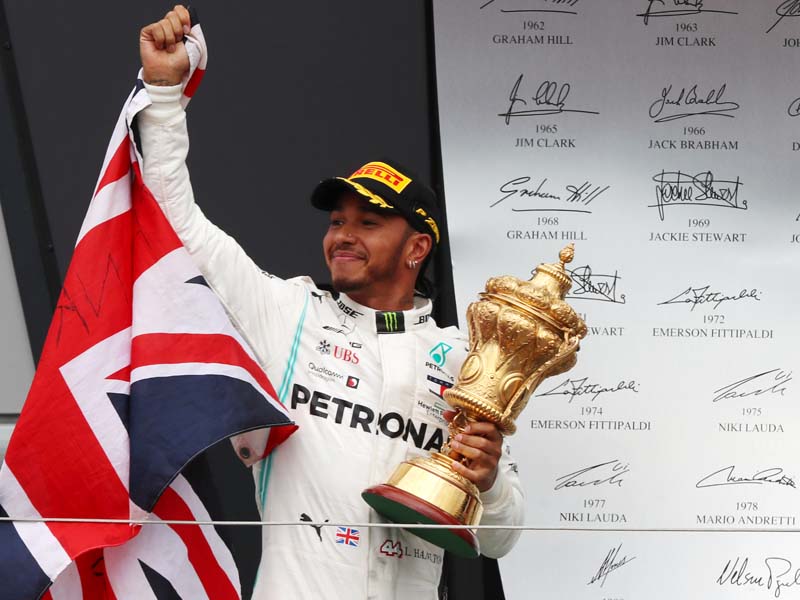 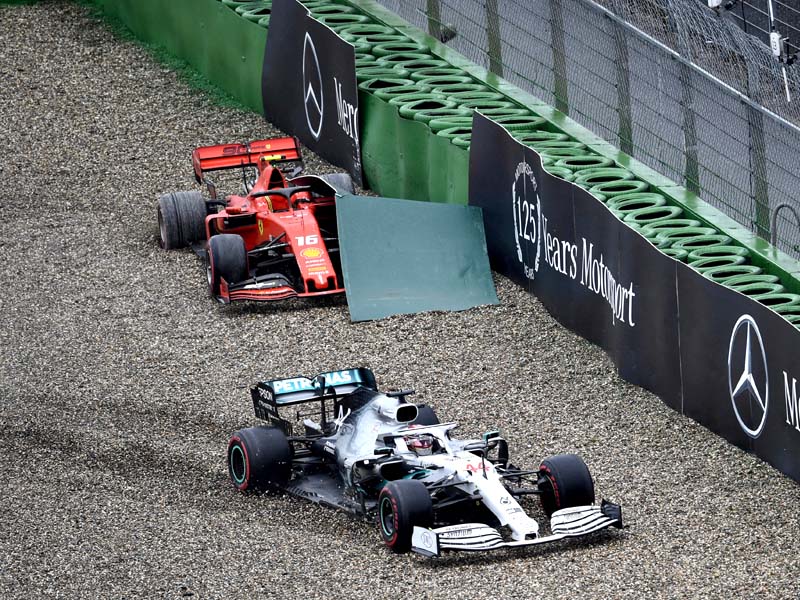 That cleared the path for Max Verstappen to take a brilliant victory, though he too was fortunate to escape after a 360-degree spin, while home hero Sebastian Vettel surged from last on the grid to finish as runner-up, cheered on by an understandably partisan crowd. And as for third? That accolade astonishingly went to Daniil Kvyat, as he took his first podium in three years and the first for Toro Rosso since 2018, prompting jubilant celebrations from the team in the pit lane. Can Formula 1 deliver such craziness at the Hungarian Grand Prix, the final race before the summer recess? See the race schedule we posted on Facebook, and tune in this weekend to find out.

MotoGP has been on its summer break for much of July, with the riders and teams enjoying a much-needed relax and recharge after an intense schedule through the first half of the campaign. Marc Marquez headed off on holiday following a dominant victory at the German Grand Prix, which made it 10 wins in a row for the reigning World Champion at the Sachsenring, a venue which features left-handers that perfectly suit the Repsol Honda man's riding style.

Marquez's commanding 58-point lead leaves him in a strong position when the circus reconvenes for back-to-back events in the Czech Republic and Austria. Yamaha displayed an upturn in performance, with Maverick Vinales triumphant in Assen and the impressive rookie Fabio Quartararo - riding a factory-spec YZR-M1 for the satellite Petronas squad - also climbing onto the podium, having taken three poles, second only to Marquez across one-lap this season. Might Quartararo soon be taking home a winner's trophy? Can Valentino Rossi fight back? The ever-popular Doctor is now in his 40s and is in one of the worst slumps of his distinguished career, but he has Misano just around the corner, and will surely be fired up to prove his critics wrong. 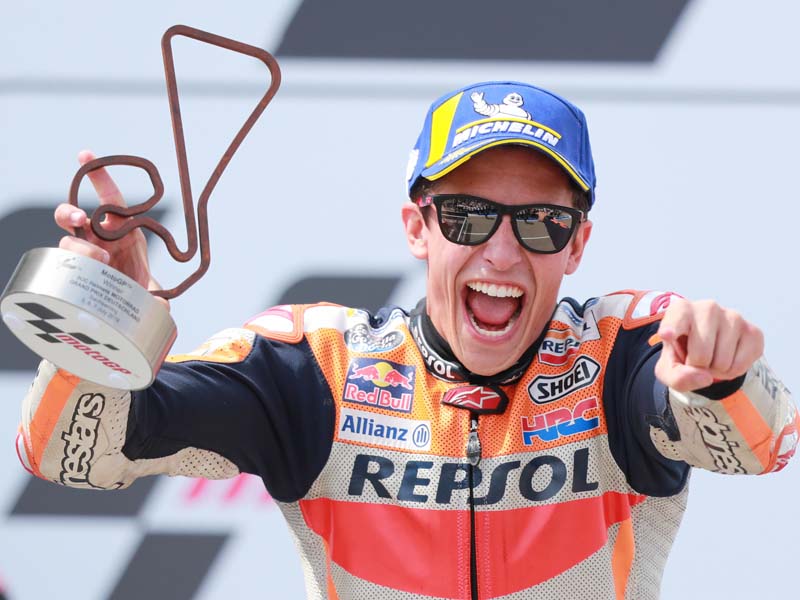 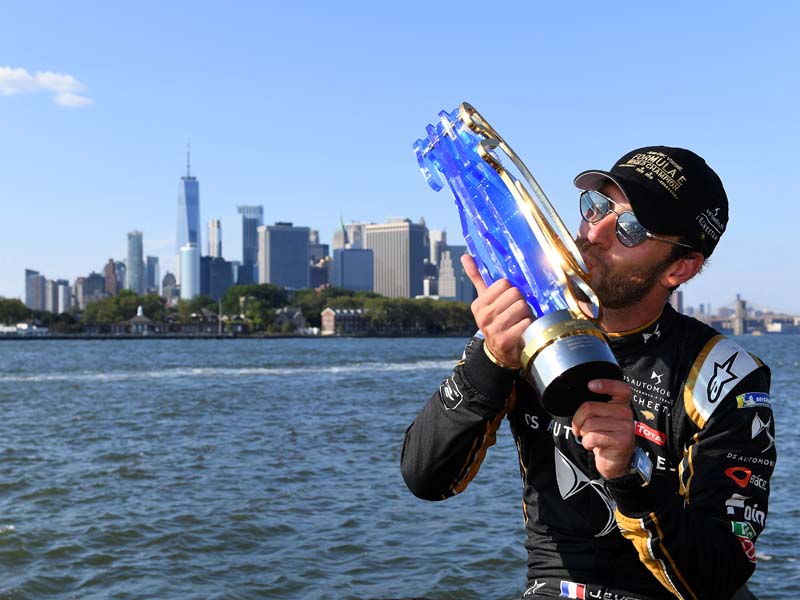 The 2018/19 Formula E season came to a dramatic conclusion in the Big Apple as the streets of New York City played host to the double-header finale of season five. Reigning champion Jean-Eric Vergne became embroiled in a controversial pile-up at the close of Race 1 but seventh place in Race 2, with results elsewhere also going on his favour, was enough to ensure he became the first two-time champion in the all-electric single-seater series. Sebastien Buemi secured the runner-up spot as he rebounded from a string of underwhelming results to cap the season with four straight podiums - including Nissan's maiden victory in the championship - ensuring the 2015/16 king entered the break on a high.

It was a season in which nine different drivers from eight teams stood atop the podium across the 13 races, with tales of woe, misfortune and 'what ifs' in one of the most closely-contested championships - but when all was said and done champion Vergne proved his class once more.

Across the Pond in IndyCar just 16 points separates the championship's two home-grown rising stars at the top of the standings, with 2017 champion Josef Newgarden and Andretti Autosport's Alexander Rossi having just four races left to decide who takes this year's Astor Cup. A crushing display at Iowa put Newgarden in control but a last-lap mistake at the sweeping Mid-Ohio course left him down in 14th spot, enabling fifth-placed Rossi to take a chunk out of his points lead. 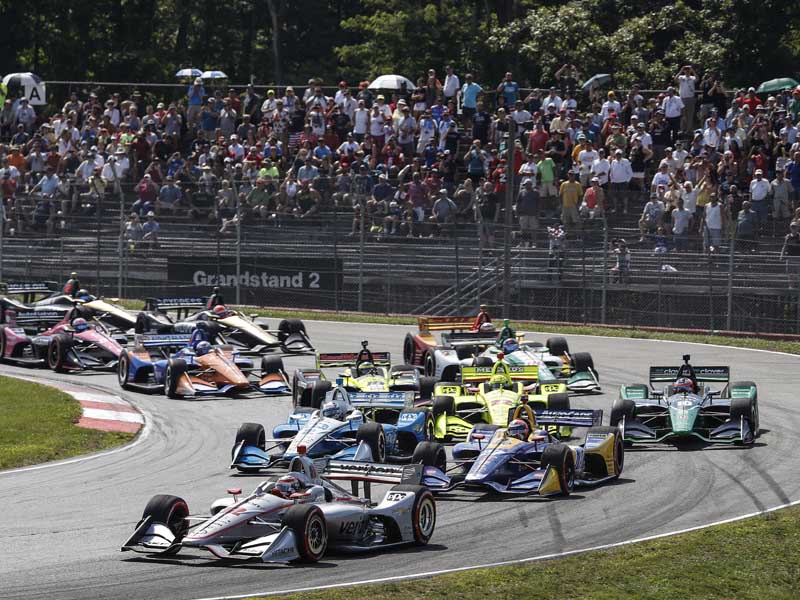 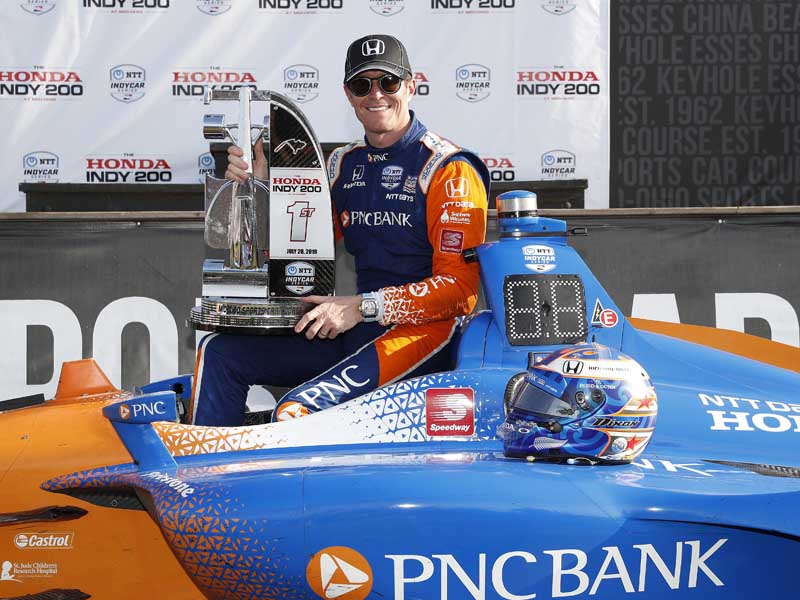 Simon Pagenaud remains in contention for the title, with the three-time winner triumphant around the streets of Toronto, while reigning champion Scott Dixon can never be discounted, particularly off the back of an enthralling dénouement to the most recent round at Mid-Ohio. Under sustained pressure from rookie team-mate Felix Rosenqvist the Ganassi driver held on by just 0.09s to chalk up win number two of the year.