The Italian Grand Prix is synonymous with high-speed frenetic action and is stepped in romanticism courtesy of its near 100-year history, pre-dating the formation of the Formula 1 World Championship. Motorsport Live takes a look at some of the best Italian Grand Prix races throughout the decades.

Entering the final round of eight that constituted the 1956 World Championship Juan Manuel Fangio held the points advantage over team-mates Jean Behra and Peter Collins. Back in 1956 Monza utilised a unique layout, with half of the layout the flat and fast road course, and the other half the oval, with the venue designed in order for drivers to avoid crossing over along the pit straight. Fangio was in a commanding position but a broken steering arm slowed his Ferrari, and team-mate Collins sportingly handed over his car, in the process relinquishing his own title prospects. Fangio went on to finish second, sharing the points with Collins, and ensuring he took his third straight championship. 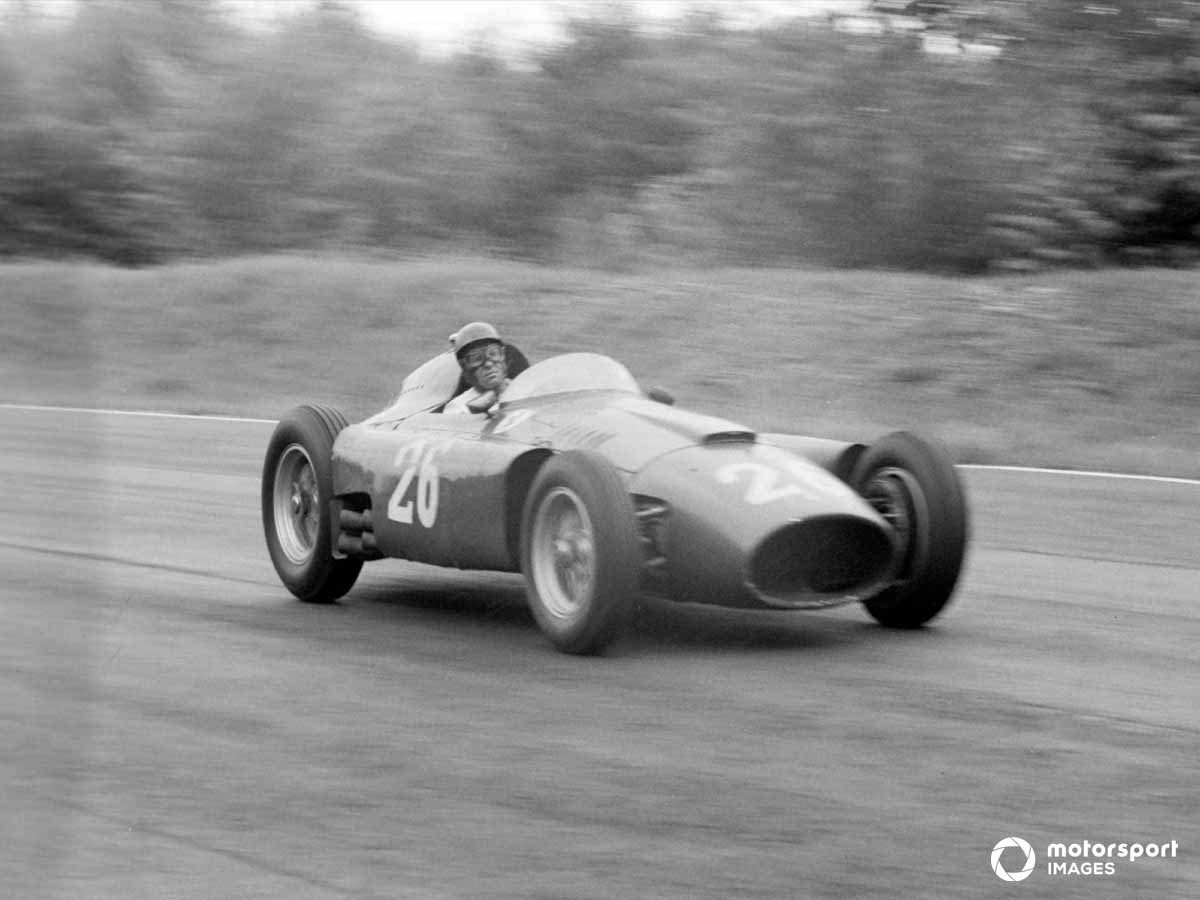 Jim Clark is regarded as one of the finest drivers ever to have competed in Formula 1, and in his final full year of competition before his tragic death he put in one of his most iconic displays. Clark pulled away from the pack but on lap 12 of 68 a puncture slowed his charge, and he re-joined the race a full lap in arrears. Clark's pace was such that he rattled through the lower order, moved back into the top 10, and with eight laps remaining took back the lead, capping an astonishing comeback. But there was another string in the tail. On the final lap his Lotus slowed and he was overhauled by John Surtees, who edged Jack Brabham to the chequered flag by just two-tenths of a second. Clark, for all his heroics, still took home third spot. 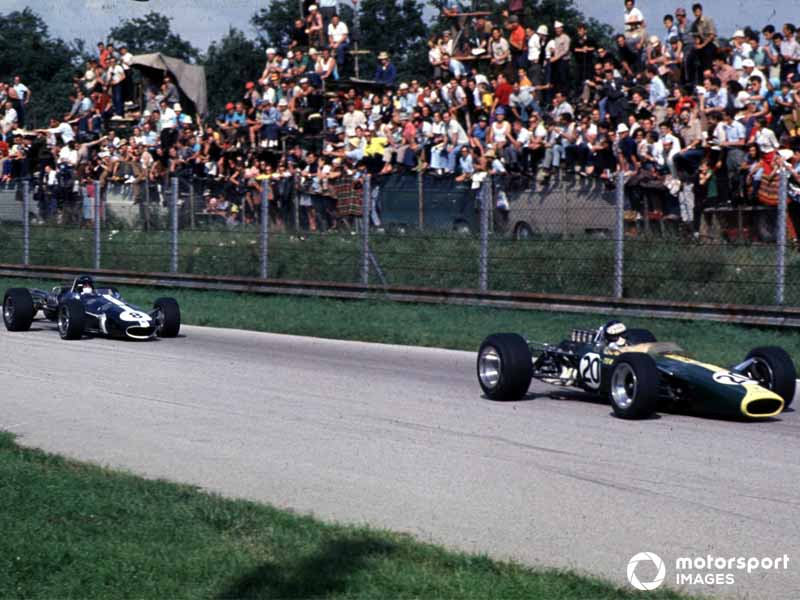 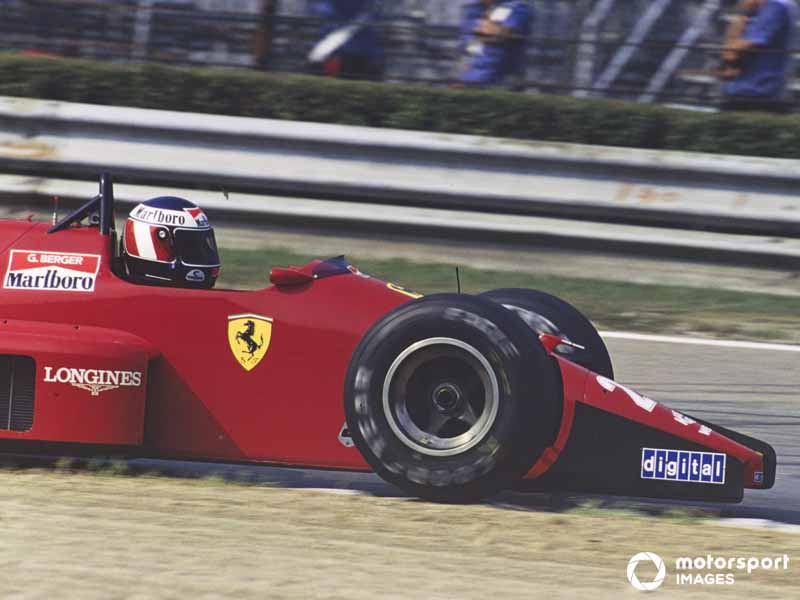 The 1988 season is best remembered for McLaren's near-total annihilation of the Formula 1 field as its MP4/4 proved to be firmly the class of the field. It won 15 from 16 grands prix - the only one it missed out on was Monza. McLaren's race began to unravel when Alain Prost's misfire proved terminal and in battling his team-mate Ayrton Senna had used up more fuel than was ideal. Senna still held the lead but when lapping Williams substitute Jean-Louis Schlesser the two cars made contact, and Senna was out. Ferrari inherited a 1-2 finish with Gerhard Berger leading home Michele Alboreto, taking the chequered flag in front of a jubilant Tifosi, just weeks after the death of team founder and motoring icon Enzo Ferrari.

The 1993 edition of the Italian Grand Prix was noteworthy for a few intriguing moments. One was the debut of Jordan stand-in Marco Apicella. A collision on the opening lap brought his race to a close and it proved to be his only start in Formula 1 - earning him the reputation for having one of the shortest grand prix careers of all time. Alain Prost controlled proceedings but a late engine failure wrecked his chances, giving Damon Hill a colossal lead, which he preserved to take victory. But the race is famous for a finish-line clash between Minardi team-mates Pierluigi Martini and Christian Fittipaldi. Fittipaldi clipped Martini and was launched into a perfect flip, with his car landing and continuing to cross the finish line. Remarkably, despite the collision and acrobatics, Fittipaldi was classified eighth, one spot behind Martini. 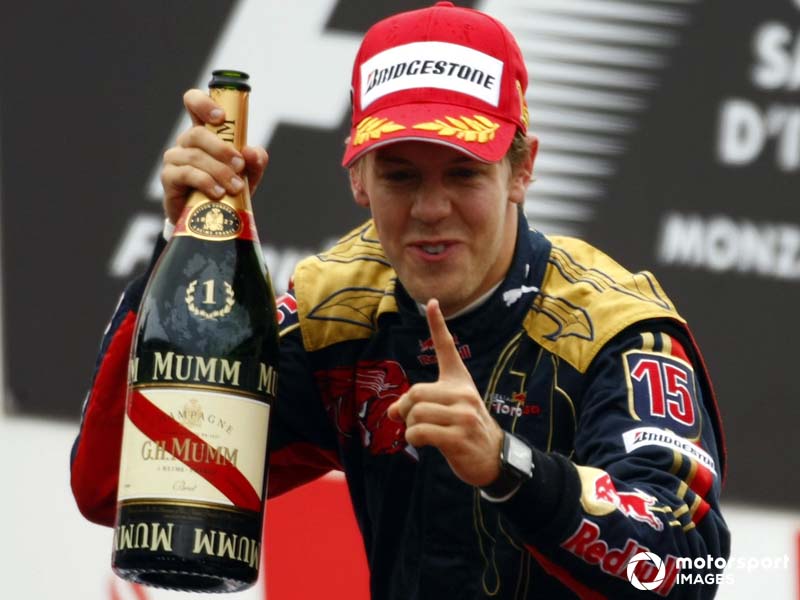 Unseasonably cold and wet conditions affected Monza in 2008 and it resulted in a home victory - but not for the team many expected. Sebastian Vettel and Toro Rosso had enjoyed a stellar season yet there was still widespread shock when he took pole position. Many anticipated the likes of Ferrari and McLaren would quickly demote Vettel in race trim but after a rolling start, he streaked clear and controlled proceedings. Vettel crossed the line over 10 seconds clear of Heikki Kovalainen to become Formula 1's youngest winner and giving Toro Rosso its maiden win on home soil. It proved to be the first of 52 wins, and counting, for the four-time World Champion, and remains Toro Rosso's sole success in Formula 1.

The Italian race takes place in little under a week, but with the race planned for 4th-6th September 2020, it's never too early to start planning your 2020 vacation. Motorsport Live will have a range of Italian F1 ticket and hospitality options available, so sign up for notifications on when the tickets are available. To buy and see the options available for the rest of this season and 2020, visit us at Motorsport Live.