Lewis Hamilton is the second-most successful driver in Formula 1 history with 82 victories and five – soon to be six – world titles, as he chases down Michael Schumacher’s record. Motorsport Live takes a look at the best venues for the Mercedes ace. 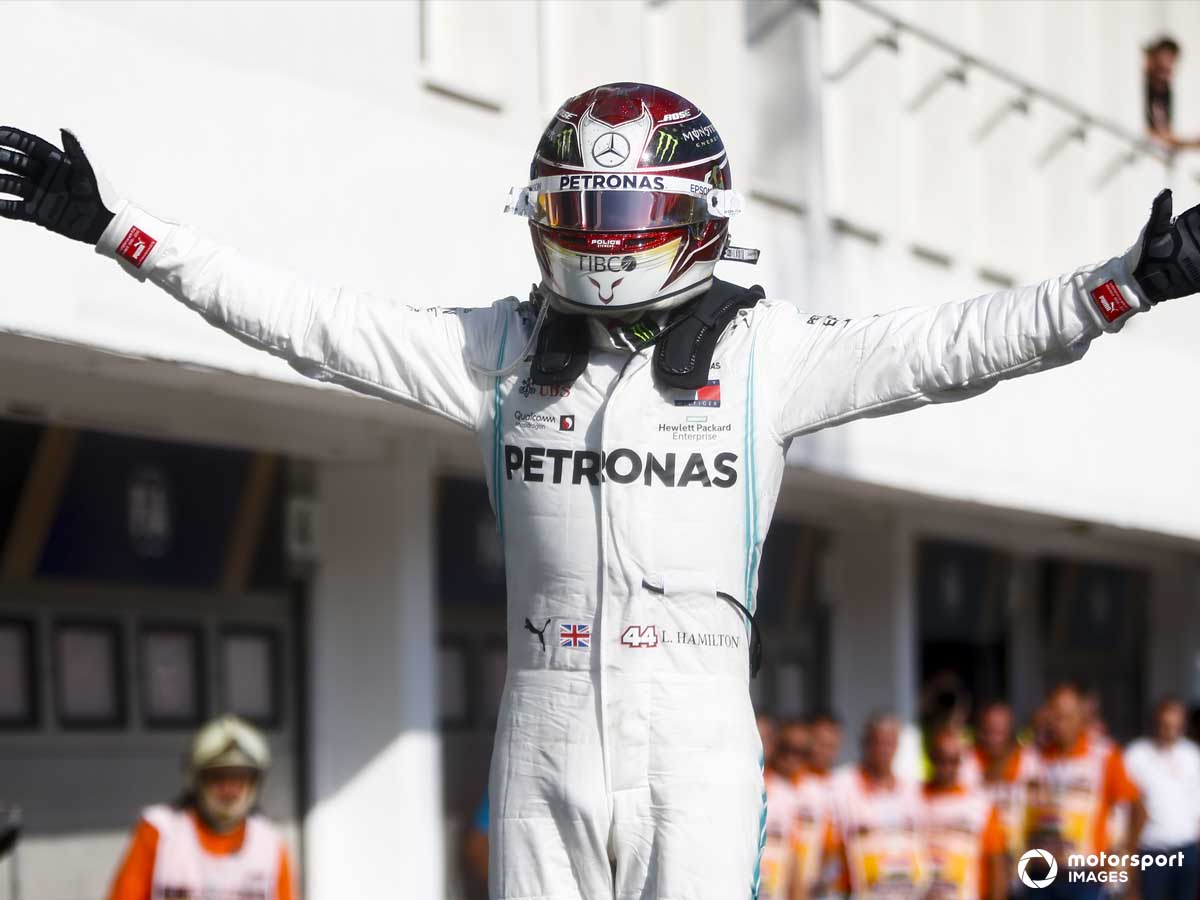 Through the opening stages of 2007 it was clear that Formula 1 had a megastar in waiting in the form of Lewis Hamilton, such was the nature in which the Briton propelled onto the main stage with McLaren. In just his seventh grand prix Hamilton remained cool and calm in a race of attrition to pocket his first win from his maiden pole position, becoming one of the sport's youngest winners at the age of just 22. Since then Montreal has been a happy hunting ground for Hamilton as he triumphed in tyre-limited grands prix in 2010 and 2012, while since joining Mercedes he has added to his trophy collection at the Circuit Gilles Villeneuve. A hat-trick of wins across 2015, 2016 and 2017 was joined in 2019 as he finished second on-the-road but was promoted to the top step by Sebastian Vettel's controversial time penalty.

The 2020 race is already on sale, and you can get Canadian Grand Prix tickets and hospitality options by booking with Motorsport Live. 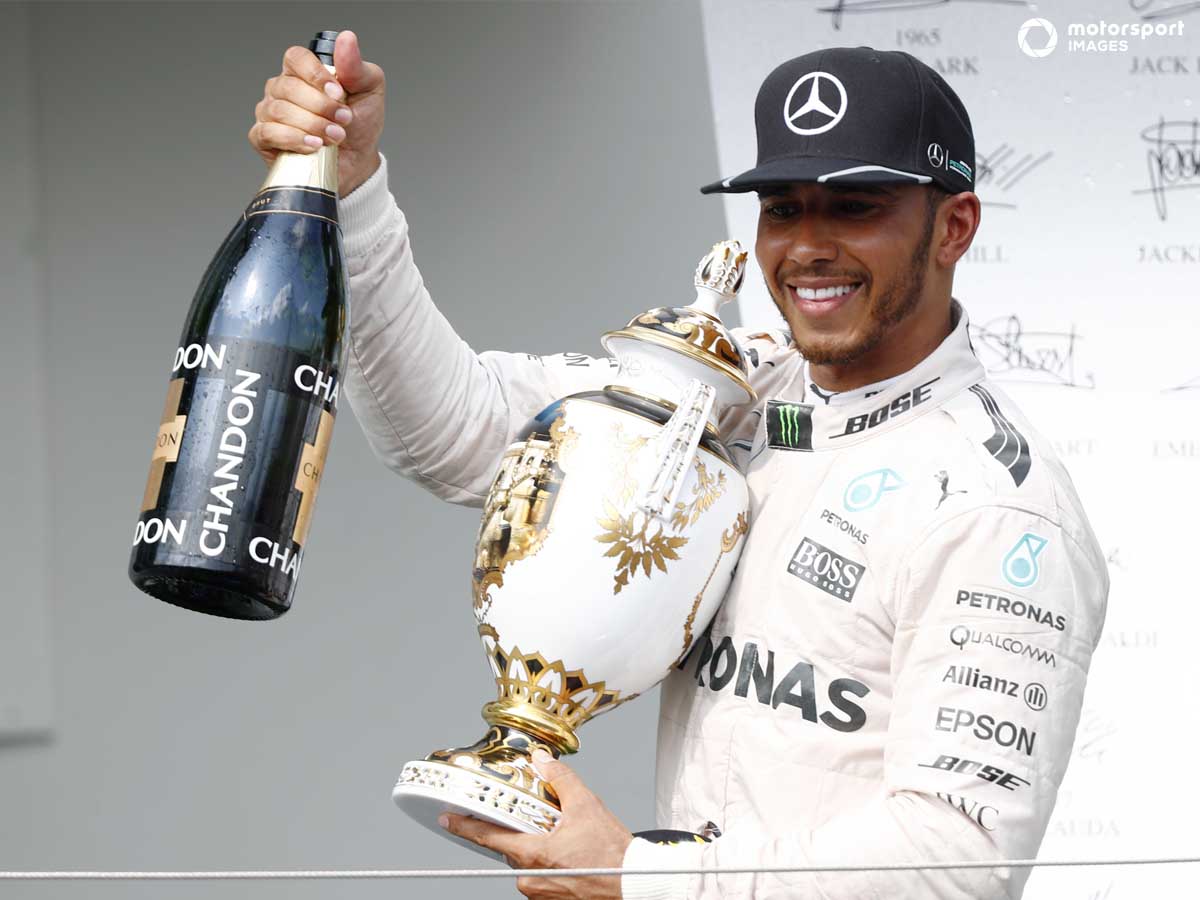 Hungary's Hungaroring equals Montreal as Hamilton's most successful circuit, having also claimed victory at the tricky venue on seven occasions. Hamilton's first visit to the venue in Formula 1 led to the win in acrimonious circumstances in the wake of his spat in qualifying with McLaren team-mate Fernando Alonso. The Spaniard was penalised, it triggered the start of Spygate, and the politics saga that brought about a hefty fine and championship exclusion for the team. In a difficult 2009 for McLaren Hamilton delivered a morale-boosting victory while in 2013 it was the location for his maiden win in Mercedes overalls, and his sole non-hybrid success with the Silver Arrows. After wins in 2016 and 2018, his triumph in 2019 was achieved in superb fashion as on a different tyre strategy he hunted down and overhauled Max Verstappen in a scintillating finale to the grand prix.

You can already book your 2020 Hungarian Grand Prix tickets and hospitality options, already available with other 2020 races through Motorsport Live. 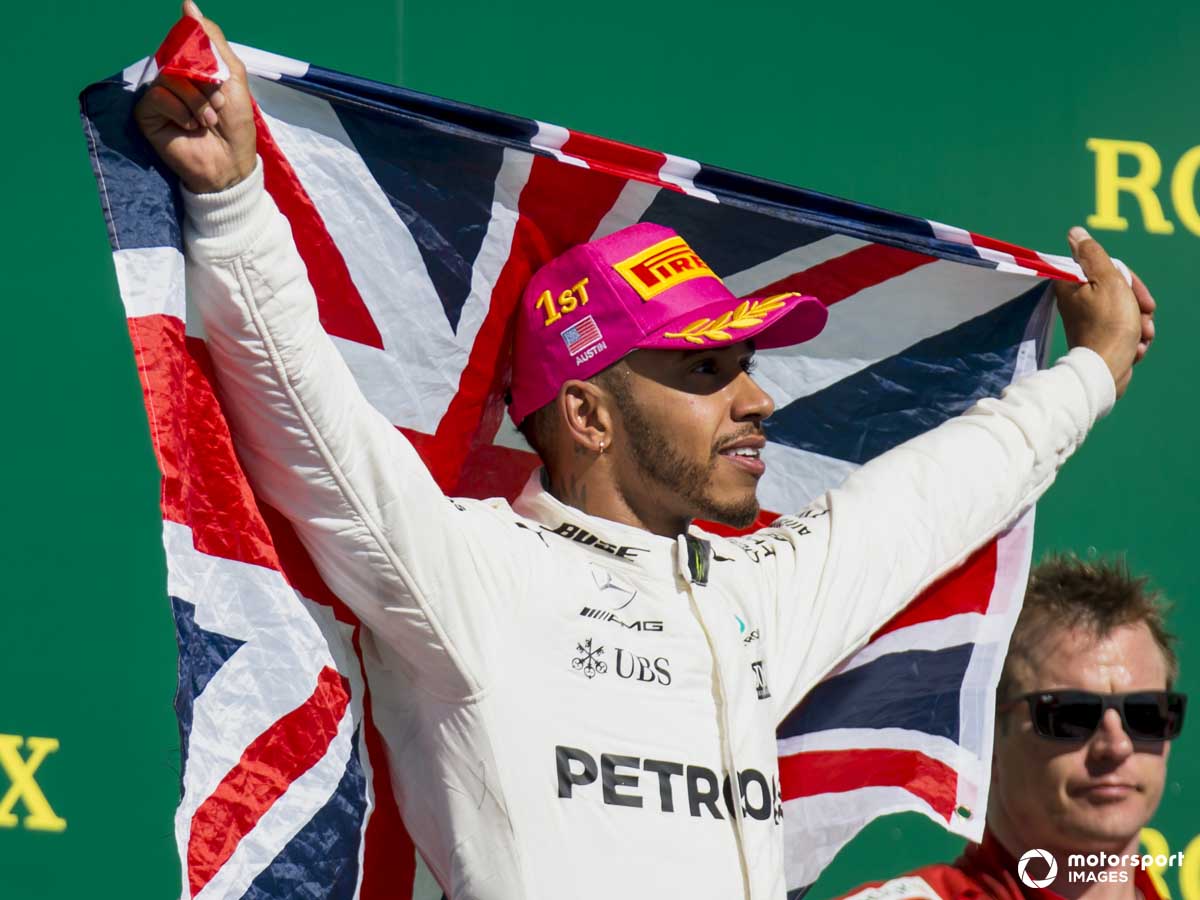 Hamilton is well-loved in the United States and he had always been partial to the country, with his mood no doubt assisted by his on-track results in the country. Despite F1 not racing in the States between 2008 and 2011 Hamilton has taken six victories, edging Alonso in the championship's final foray to Indianapolis in 2007, before emerging as the king of the Circuit of the Americas. The purpose-built Texan venue joined the roster in 2012 and its inaugural grand prix is remembered for the titanic tussle between Hamilton and Sebastian Vettel, in which the Briton emerged on top. Hamilton added further wins in 2014, 2015, 2016 and 2017, with his victory in 2015 ensuring he clinched the crown with several races to spare. Such is his prowess on US soil that he has only twice left the country without the victor's trophy. Can he make it seven this year?

This year's race takes place between 1st - 3rd November, with many 2019 United States Grand Prix tickets and hospitality options still available. Be there with Motorsport Live. 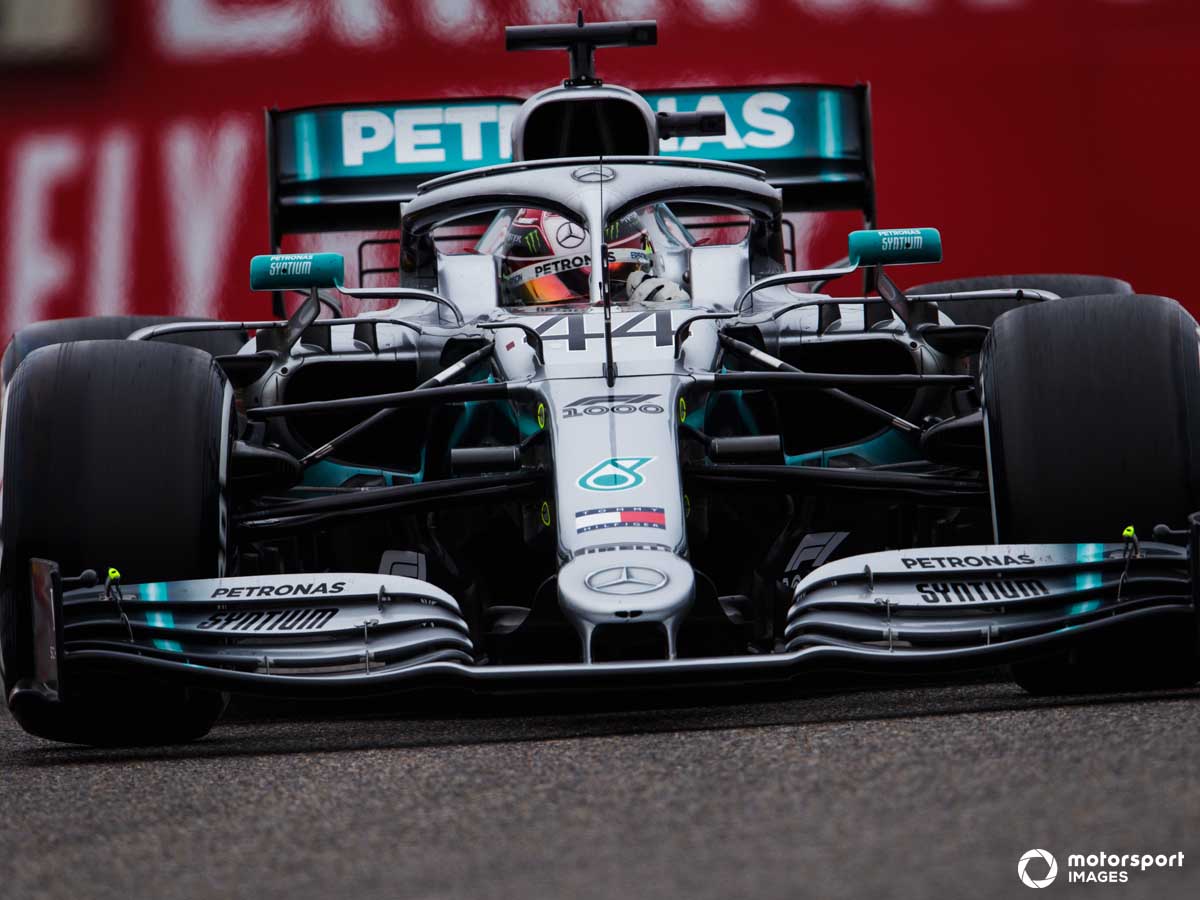 Hamilton's most infamous moment in China probably came in 2007, when victory - and the title - was agonisingly lost when he slid into the pit lane entry gravel trap on excessively worn tyres. He hit back next time around and since then he has added another five wins at the Shanghai International Circuit. That included a thrilling hunt of Vettel in 2011, sweeping past into the lead with a few laps to go, and wins with Mercedes in 2014, 2015 and 2017, the latter won in the early stages as he put in a commanding display in the wet. In 2019 Hamilton fronted a Mercedes 1-2 to maintain the squad's irrepressible start to the campaign, and that win ensured that he will go down in history as the victor of Formula 1's 1000th grand prix.

Shanghai International Circuit are yet to go on sale for 2020, but you can register for notifications of Chinese Grand Prix tickets and hospitality options, soon to be available through Motorsport Live. 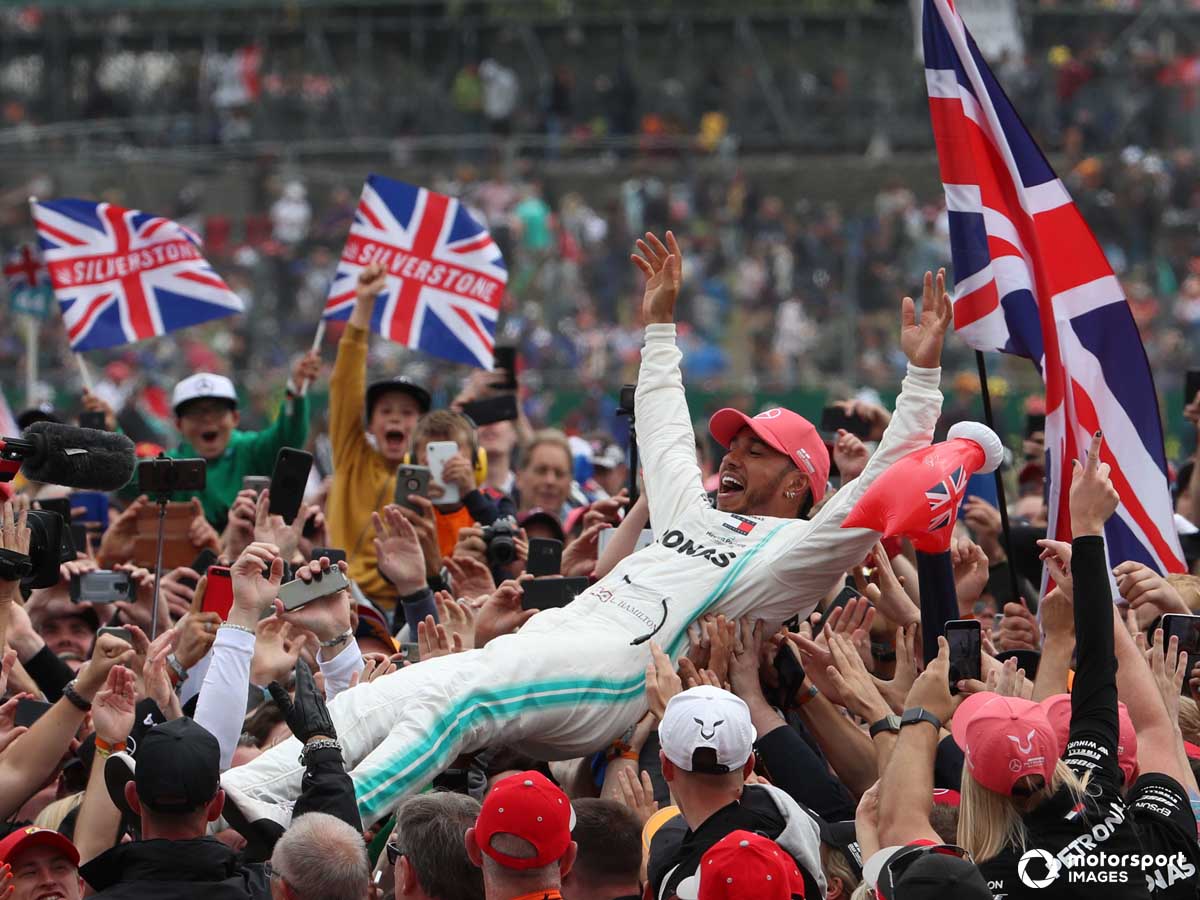 There's no place like home and that's certainly the case for Hamilton. He claimed pole in 2007 and, while he missed out in race trim, one year later he delivered an enthralling victory for home spectators as he dominated in atrocious conditions, greeting the chequered flag over a minute clear of his nearest opponent. In 2014 he came from sixth on the grid to triumph, finally adding a second win after years of missed chances and setbacks, and that proved to be the catalyst for more success, as he proved untouchable in 2015, 2016 and 2017, while in 2018 he recovered from a first-lap collision to surge from last to second. In 2019 he made it six after overhauling team-mate Valtteri Bottas in a superb scrap and once more the 140,000 who packed into Silverstone were left with the winner they desired.

We are still currently awaiting the sales date for 2020, but you can register for notifications of British Grand Prix tickets and hospitality options, soon to be available through Motorsport Live.