This month, Chris explains the rules behind the action behind some of our favourite racing series.

As long as there have been wheels on a track, there have been claims of foul play in racing. Chris explains the rules and regulations keeping each series together, and tells some tales of contentious penalties past!

Whilst Formula 1 was only established in 1950, Grand Prix racing had been taking place since 1894. Formula 1 was considered a "gentleman's sport", but some basic rules and regulations were in place. These however were mostly around weight and engine sizes of cars to try and equalise the field. Little thought was given towards driver safety, as death was considered an acceptable risk in the pursuit of winning races.

As racing has evolved over the last seventy years, the rule book has increased considerably. The formation of the Grand Prix Drivers' Association started pushing the issues of driver safety from 1961, though most of the rules added had been in retrospect of an incident earlier in that season. As sponsorship and live television broadcasts became more influential in the sport, public opinion sided with the drivers and as Formula 1 hit its stride in the seventies, driver safety, circuit facilities, and FIA safety inspections. 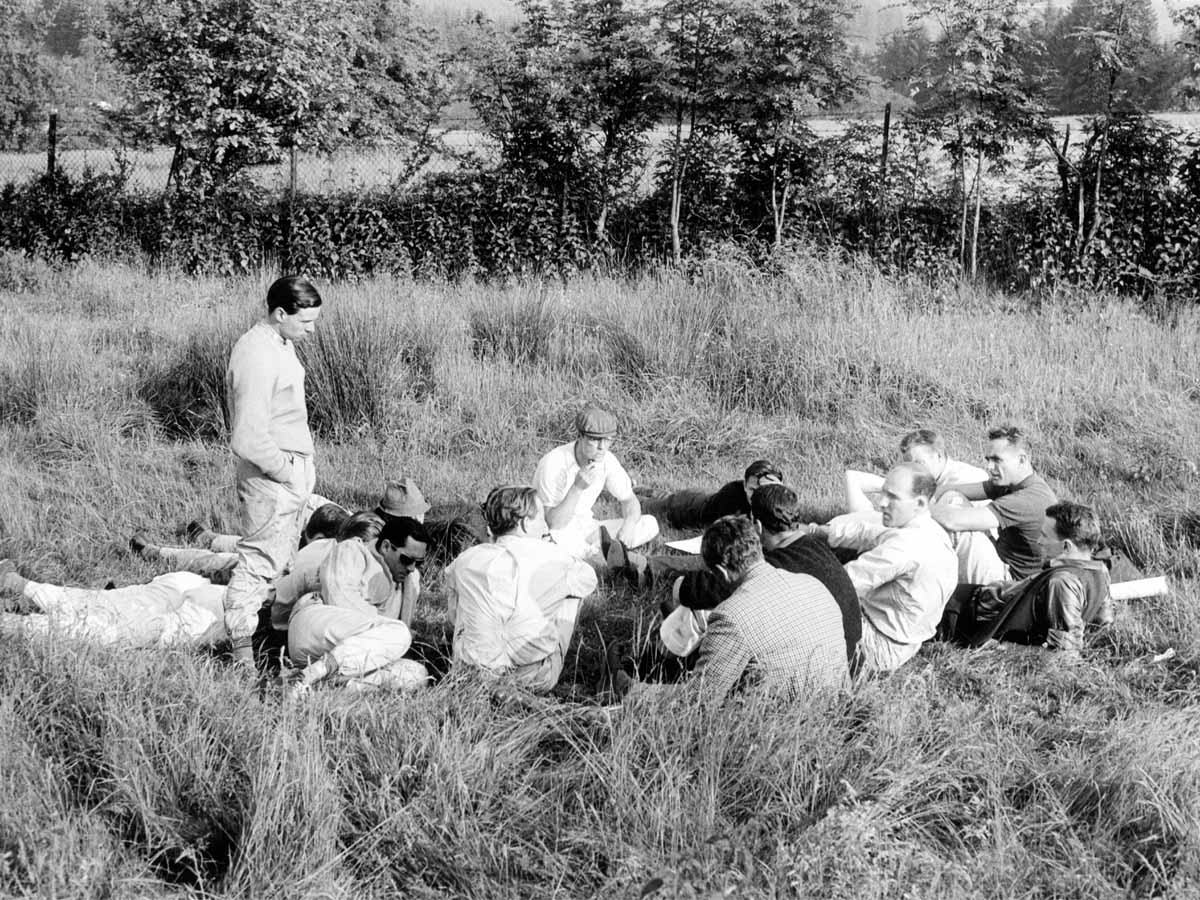 By the eighties, sponsorship brought money into Formula 1 like never before and with it teams were quickly forced to become more corporate. This brought in stricter rules around designs and confidentiality that remain iron clad today. Few can forget the infamous "Spygate" scandal that rocked Formula 1 in 2007, when it was revealed that McLaren had obtained plans and drawings of their rival Ferrari from an ex-employee. It later emerged that the leak was exposed by an unhappy Fernando Alonso, who was having a torrid year at McLaren after being upstaged by rookie Lewis Hamilton. This led to a $100m fine, their disqualification from the championship, and the 2008 car plans being reviewed by the FIA to ensure they didn't contain Ferrari's intellectual property.

At race meetings, these rules were becoming so complex, they were becoming even detrimental to the sport. As Formula 1 entered the new millennium the next wave of rules aimed at cost cutting and making the sport more affordable to smaller teams came into force. This was a big change. The 90's excesses of having separate engines for qualifying and racing went out the window, and teams were required to make the engine last for many races at a time. Should they go over a number of components a year, grid penalties would be dished out liberally.

This was very unpopular, not only with teams and drivers, but for the fans. Their favourite driver would get automatic penalties for races before they had even gone into qualifying. The most extreme example of this was for Jenson Button, who received a seventy-place grid penalty at the Mexican Grand Prix in 2015. Additionally, these sweeping punishments made their way onto the circuit too. Driver contact was penalised heavily, and in the same season at the Hungarian Grand Prix, Pastor Maldonado received three penalties in the race. With the "blame game" full in force, drivers were becoming overcautious, abandoning overtaking attempts for fear of getting a penalty of either time added on, or and grid penalty at the next race. 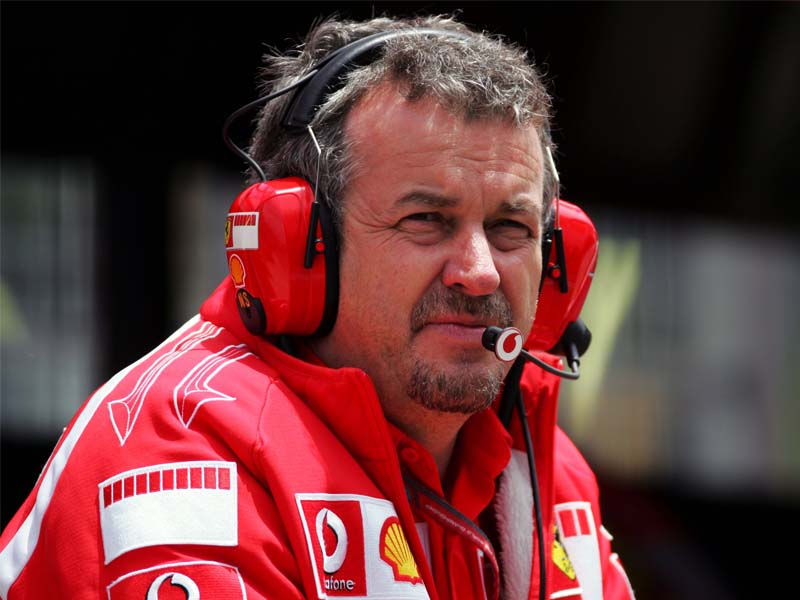 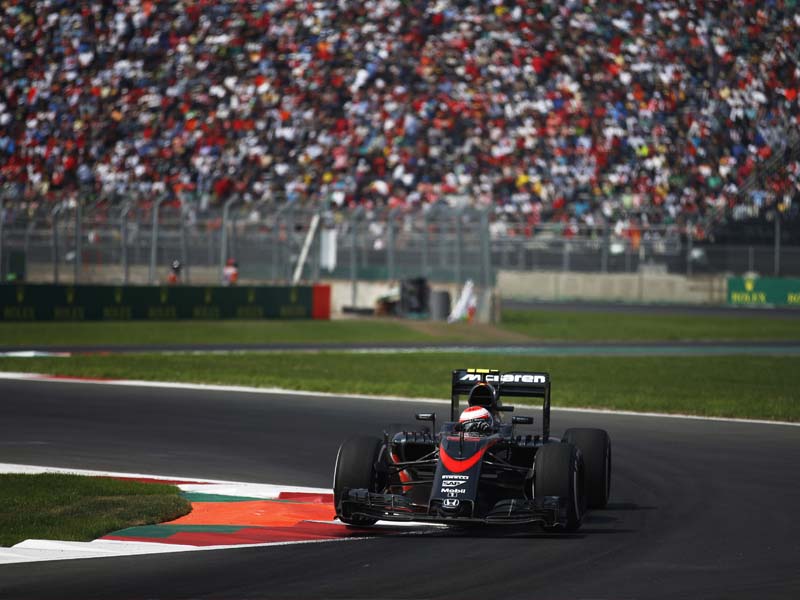 Suffice to say common sense prevailed, and these rules were relaxed, leading to a collective sigh of relief from us fans! Contact in overtaking was ruled as a racing incident, as long as no singular driver could be held responsible for the incident. A contentious moment in the 2018 season was when Max Verstappen attempted to lap Sebastian Ocon at the Brazilian Grand Prix. Going through the opening turns, Verstappen made contact with Ocon, which led to the famous bust up in scrutineering. Ocon should have made more effort to let him by, but Verstappen should have known better and given Ocon more room. It was an unfortunate incident, but one that will stay in memory thanks to Verstappen's angry reaction post-race. Additionally, the penalties were simplified for those having broken component life regulations. Whilst they can still be put in place, once on the back row, the penalties stop there. Never again will someone receive a seventy-place penalty!

Today the rules are enforced by a group of driver stewards, who hold experience from decades of racing. On behalf of the FIA, they review each incident or complaint, and apply quick justice on the track. A great example of this was the Mexican Grand Prix in 2016. Max Verstappen locked his breaks whilst defending heavily from Sebastian Vettel in the closing laps of the race. He had to take to the grass in order to keep his place, leaving track limits. As the race ended, and he completed the top three, the stewards reviewed the move and penalised him five seconds, handing the final podium position over to Vettel. These quick-thinking reviews and decisions help reduce confusion when these decisions would often change later in the week after the race in the past.

The rotating panel of stewards was at first deemed controversial, with the panel being inconsistent from one event to another. Back in 2016, Toro Rosso pairing Daniil Kvyat and Carlos Sainz publicly called out the stewards on inconsistent decisions between races. When two drivers collide, at least one of them will be unhappy with any steward's decision. This is just racing!

To help monitor drivers and their consistency with offences, the FIA can have penalty points applied to their Super Licence. Should a driver reach twelve points within a twelve-month period, they will automatically have to serve a one race ban. Nobody has yet triggered this, but repeat offenders such as Max Verstappen and Romain Grosjean have come close. 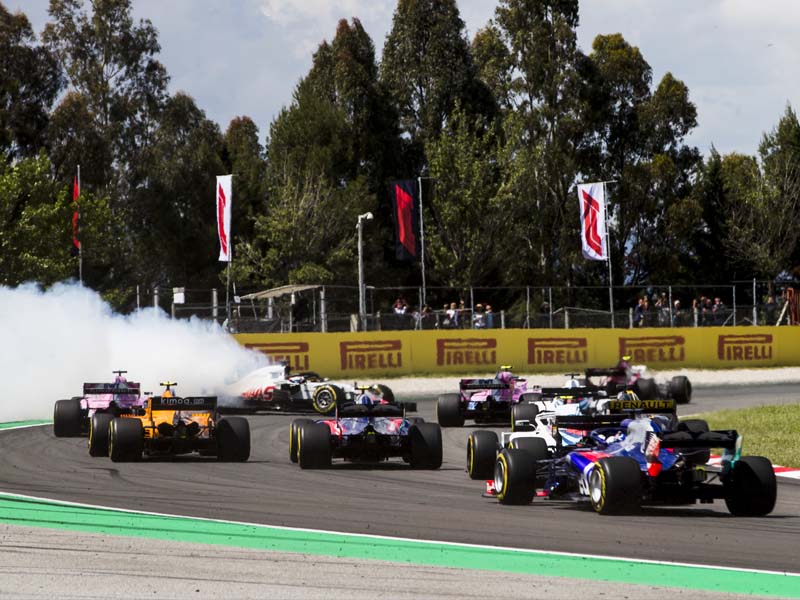 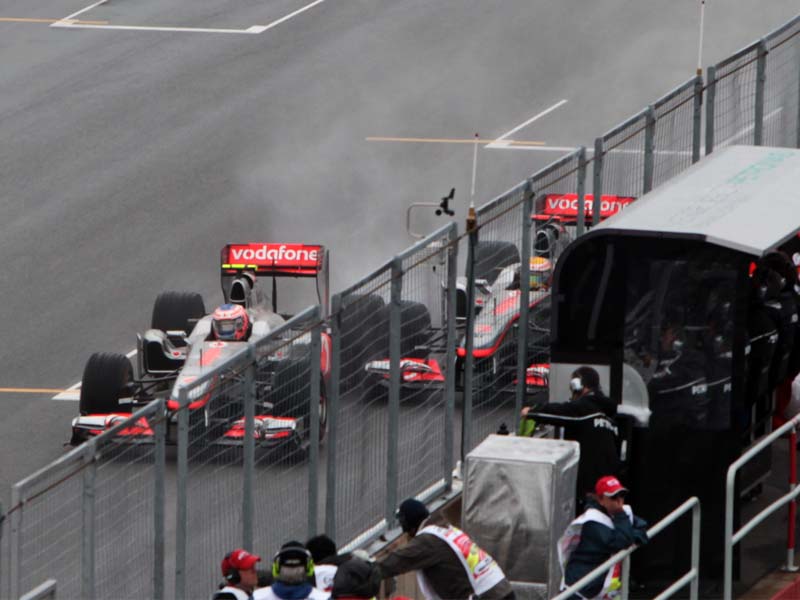 For more serious incidents, instant penalties can be applied on track. Drive through penalties can be given, consisting of a visit to the pits without stopping. The slow speed penalises the driver by an average of twenty seconds. More serious demeanours can include a stop/go penalty. This means the car will stop in its pit box, and a ten second stop is mandatory. Mechanics may not touch the car whilst the time is being served, but many teams will then roll this into an early pitstop if required the moment the ten seconds have passed. Time penalties of five or ten seconds can also be applied, and just added to the total time at the end of the race.

Jenson Button has probably the most success of any one of these incidents. In a very wet extended Canadian Grand Prix in 2011, Jenson made six pit stops, including one penalty after colliding with his teammate Lewis Hamilton. His final charge with dry tyres on a drying circuit allowed him to force Sebastian Vettel into a mistake on the final lap, taking his highest rated win of his career!

Rules are necessary in any sport, especially in Formula 1 where these is so much at risk. Pride is the last thing to consider when there's the money and reputation of the team and sponsors involved, not to mention the safety of the drivers themselves. As with any other sport or politics, decisions will always be divisive based on who the outcome benefits. Regulations and the attached penalties have been varying in nature for decades, but it's certainly something that is becoming clearer in recent years, and I would hope will continue to in the future. The next big test is ahead, with the 2021 regulations being vastly different to those of our current cars. I wait with baited breath…