CHRIS EXPLAINS - THE EVOLUTION OF MOTOGP

MotoGP is currently enjoying its eighteenth season of racing, but the history of the sport goes back to 1949, making it the oldest established motorsport world championship. Chris explains the evolution of the championship, from the early beginnings on the Isle of Man, to the sports media empire it is today.

MotoGP has long been at the forefront of two-wheeled motorsport. With a grid full of legends, personalities, and dream marques, they command a loyal fan base worldwide who make annual pilgrimages to their favourite riders' local circuits to cheer them on. Whilst MotoGP itself is only in its eighteenth year, this was a rebranding of the Motorcycle Grand Prix Championship that began back in 1949.

History shows us that as long as we've been able to walk, we've wanted to race. From horses to horsepower, we've raced it all! Once bicycles started being modified to run a motor, racing developed quickly. In the early nineteen-hundreds, national and European racing series were developed, but it wasn't until 1949 that the FIM (the governing body - Federation Internationale de Motocyclisme) was formed, and the first World Championship began. A full year before Formula 1.

Motorcycle Grand Prix was separated from production-based categories of racing, as the bikes developed were purely of a racing breed and not available to the public. Whilst this established it as the top tier of racing, the partner series World Superbike Championship established itself as the production championship. Today, both MotoGP and WSBK are operated by Dorna.

Motorcycle racing was historically broken down across four engine size categories - 50cc, 125cc, 250cc and 500cc. The first season was very much an Anglo-Italian affair, with nine of the top ten riders, and all but three manufacturer entries coming from the two countries. For the opening few seasons, the pendulum swung back and forth, but come the end of the fifties MV Agusta were the team to beat, dominating the premier class for seventeen years from 1958-1974 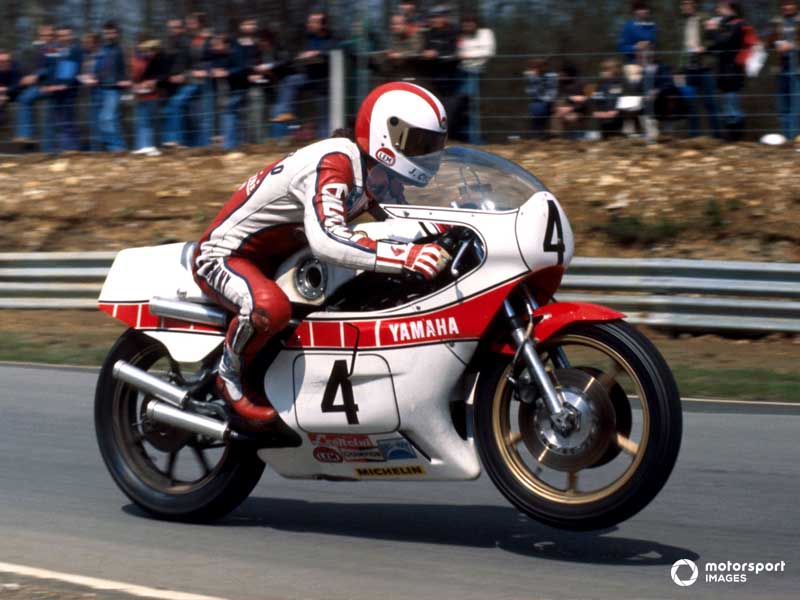 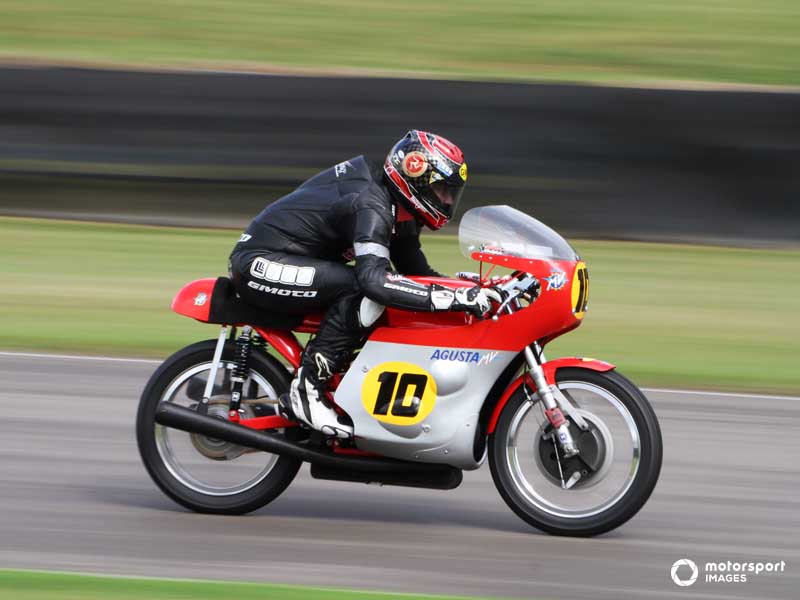 The sixties saw another industrious nation step into the fray, with Yamaha, Suzuki, and Honda all entering from Japan. The level of competition pushed development forwards, but at a huge cost to the teams which saw many leave by the end of the decade. In reaction to this, the FIM brought in their first range of engine standardisation rules, luring many manufacturers back to the sport. The period also saw legends of motorsports celebrate championship success, including Mike Hailwood and John Surtees.

The seventies saw the playing field level out as engine rules brought parity to the field. It was Yamaha who dethroned MV Agusta, with the legendary Giacomo Agostini (winner of fifteen World Championships and ten Isle of Man TT's) beating the team he had previously had so much success with.

The eighties and nineties saw the 500cc premier class really define itself with the changing of the guard bring much success. Champions such as Giacomo Agostini and Barry Sheene made way for personalities such Randy Momola, Eddie Lawson and Kevin Schwantz. The Japanese manufacturers celebrated much success also, with Yamaha, Suzuki, and Honda battling it out at the top level. The next legends of the sport also started to rise, with Australian Mick Doohan dominating the sport for five years in a row before an unfortunate series of injuries forced him to retire. As he stepped aside, a young Italian named Valentino Rossi took his first championships in the 125cc and 250cc divisions 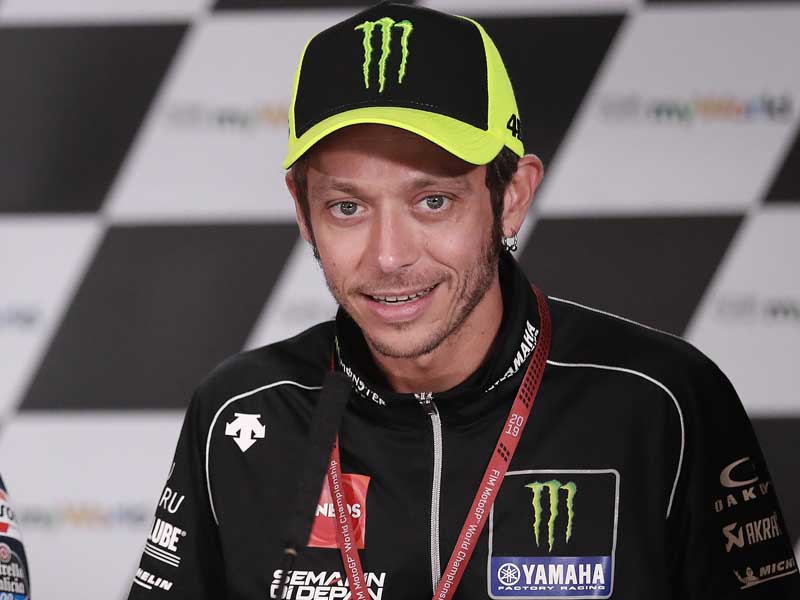 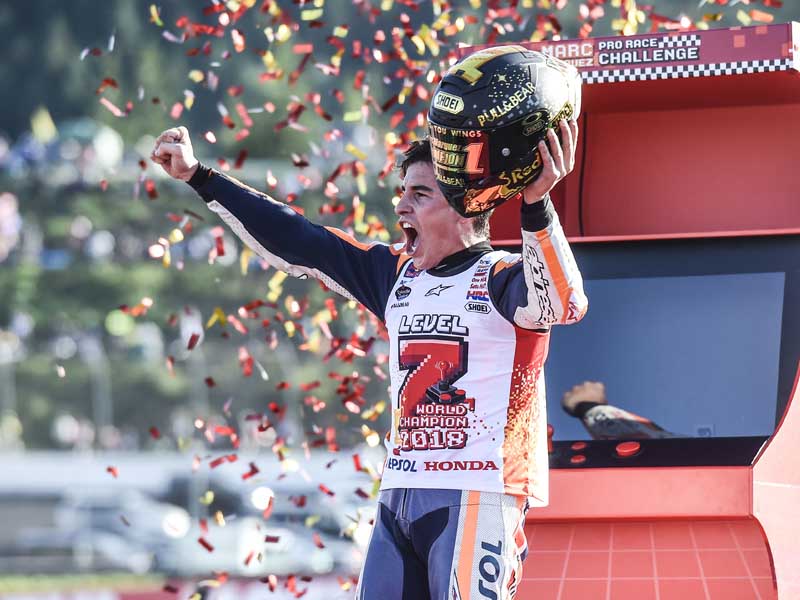 The new Millennium soon brought forward a new brand, as Motorcycle Grand Prix became MotoGP, and with it a change in the engine sizes and rider approaches. MotoGP moved to 1000cc 4-stroke (alongside for first year only a 2-stroke 500cc option). This was also reduced to 800cc between 2007 and 2018. Moto2 moved to 600cc, Moto3 moved to 250cc and as of 2019 an all-electric MotoE class. Rather than riders taking part in more than one event over the weekend, it was becoming more common for the lower engine sizes to become a ladder into the premier class. This has helped to develop the sport to the level it is now, and with us having seen titans over the past 18 years. Valentino Rossi has been incredibly successful and has the largest fan base of nearly any rider on the planet. His fans dub him the GOAT - greatest of all time. Riders have risen to his level many times over the years, with well-earned championships for the likes of Jorge Lorenzo, Nicky Hayden, Dani Pedrosa, and Casey Stoner. As Rossi nears the end of his career, the next legends story is already being written as Marc Marquez and his partnership with Honda continues to dominate the sport today. He is surely on his way to his eighth title this year.

The future of MotoGP is bright, and as always, they manage to advance racing and technology at an impressive pace. 2019 has seen the inaugural season of the MotoE championship, as MotoGP have pioneered their own electric equivalent to petrol engines in-house. Having kept it in-house, they've also been able to enjoy their current links, with many teams from MotoGP having entries, and household names from previous seasons who have been replaced in MotoGP teams returning to the track in MotoE. MotoE has fit right on to the current MotoGP schedule, so you can see MotoE when attending many of the European rounds of the MotoGP Championship.

The fear of retiring legends is only surface deep. With Rossi no doubt stepping back and Marquez on top, there is a new generation of future race winner on the horizon with riders such as Fabio Quartararo, Francesco Bagnaia, and even 16-year-old Can Oncu, who shocked all with a win on his debut in Moto3 in Valancia last year.