How the colours of the car can reflect identity, status, history, and finances!

At the advent of Grand Prix racing, teams were a mixture of private entrants and manufacturers making their way into motorsport. Racing wasn't necessarily for marketing purposes at this point, it was for honour. Teams at the time would race in the colours of their country. Thus, British teams would be green (British Racing Green), French teams were blue, Italian teams were red, and German teams were white.

The first to break from this was Mercedes in 1934, with the German firm choosing to polish the metal of the car rather than painting it to reduce the weight of the car. This is how they became known as the Silver Arrows. As the years went on, more teams started breaking tradition, developing their own identity. Ferrari did not embrace this, in fact taking ownership of the Italian red. 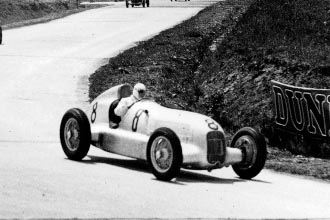 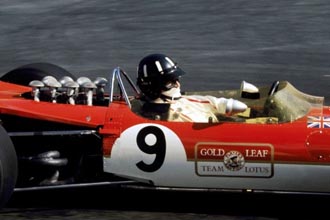 Colin Chapman's Lotus team remained in the British Racing Green for many years, introducing a yellow front and stripe to the car. All this would change however in 1968, when Chapman signed a lucrative sponsorship deal with Gold Leaf tobacco. The car was then painted in red, gold, and cream, representing the brand's colour scheme. This was the first instance in Formula 1 where a team took the colours of their sponsor.

In the seventies, the market value of Formula 1 expanded greatly, and every part of the car became real estate. From fashion labels to airlines, and tobacco companies to gentleman's clubs, money started to roll in for the teams and all it cost was a coat of paint! Iconic liveries, such as the John Player Special Lotus, and the red and white Marlboro McLaren, stood out on the grid.

This is where a division started to show in the sport between constructors. Only teams with financial backing from their owners could race in their preferred colours. When Renault entered in 1979, they took the Renault yellow, combined with the dark blue of France. Not requiring huge amounts of sponsorship, their suppliers such as Elf have blended into the scheme. 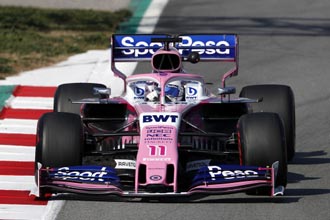 Today this is the cars owned by the manufacturers. Mercedes have remained silver whenever involved in the sport, and Ferrari remain red, with only the shade changing over the years. You couldn't imagine these cars in a different colour. Meanwhile, other constructors that rely more on sponsorship still rebrand the cars, such as Haas with their new deal with Rich Energy, and Racing Point F1's "Pink Panther", branded to the colours of sponsor BWT.

The livery of a car is its identity. It influences everything from the visual appeal of the car, to the teamwear and branding. Within Formula 1, it's often a statement of power, whether it's a historic team boasting its heritage and success, or a smaller team showing off the brands it can attract and finances. To the fans, it can help influence what they purchase, whether it's the brands they buy, or the cap and t-shirt they may wear in support.

Your chance to win! Tell me about your favourite car or bike livery by posting it on Instagram, Facebook, or Twitter with the hashtags #MotorsportLive and #FavouriteLivery, and I will pick one lucky winner who will win a £200 Motorsport Live gift voucher!