APRIL'S RACING ROUND UP

With the 2019 Motorsport season in full swing, we take a look at all the action that took place in April.

The 2019 motorsport season kicked up a gear through April as Formula 1, MotoGP, IndyCar and Formula E all delivered scintillating racing and some unpredictable results. Motorsport Live keeps you up to date on a breathless month of competition. 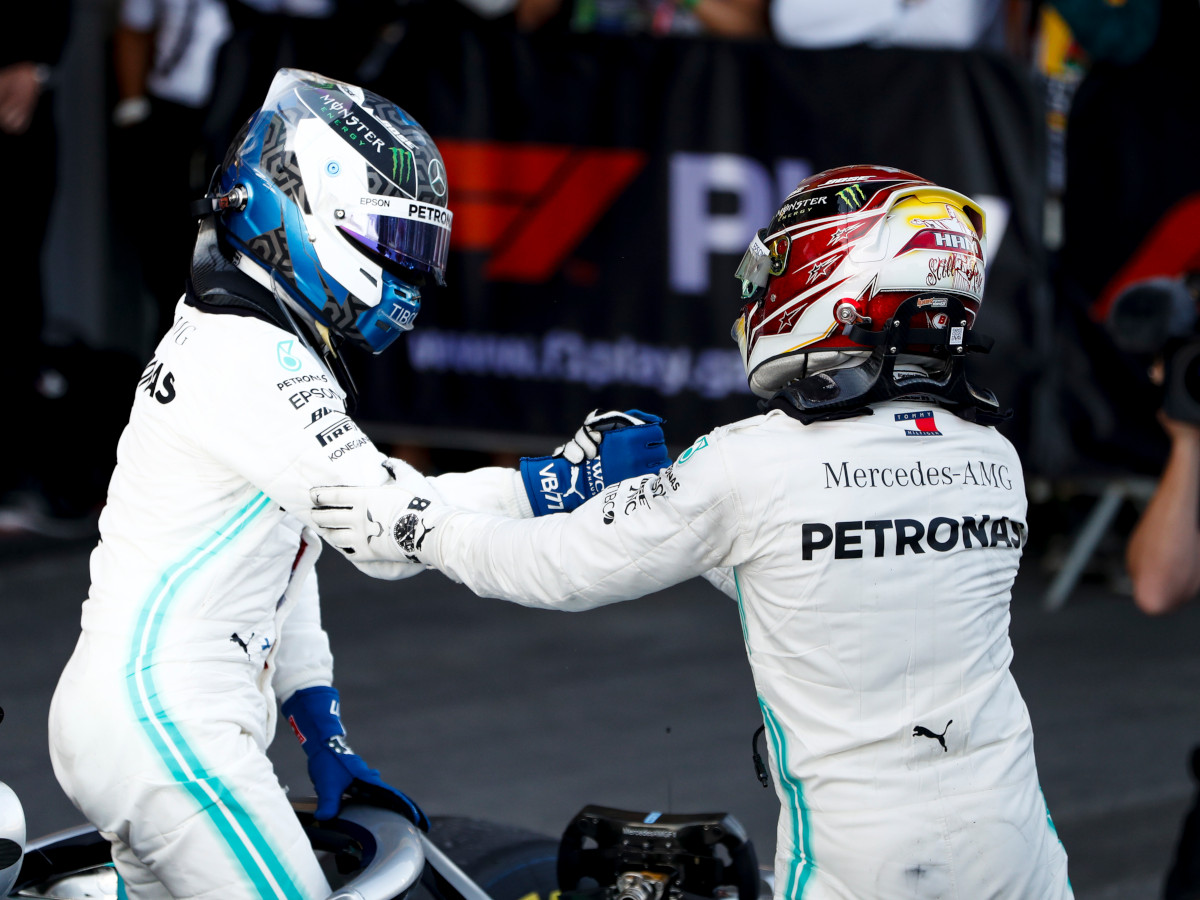 In Formula 1 Mercedes maintained its unbeaten start to the season with two more emphatic displays in China and Azerbaijan, locking out the front row of the grid and taking a 1-2 result at both of those grands prix. Lewis Hamilton held the edge in China but it was Valtteri Bottas who bounced back in Azerbaijan to snatch the lead of the championship by just a single point. It also puts Mercedes in an advantageous position as it chases a record-equalling sixth straight title, 74 points ahead of the flailing Ferrari outfit.

The Williams Team are Marooned at the back, they had another horrible month. Can the team salvage its season and show any promise? The next two rounds beginning in Spain, where updates are scheduled, and Monaco, where an off-the-pace team can sneak a result, could define the team's season. 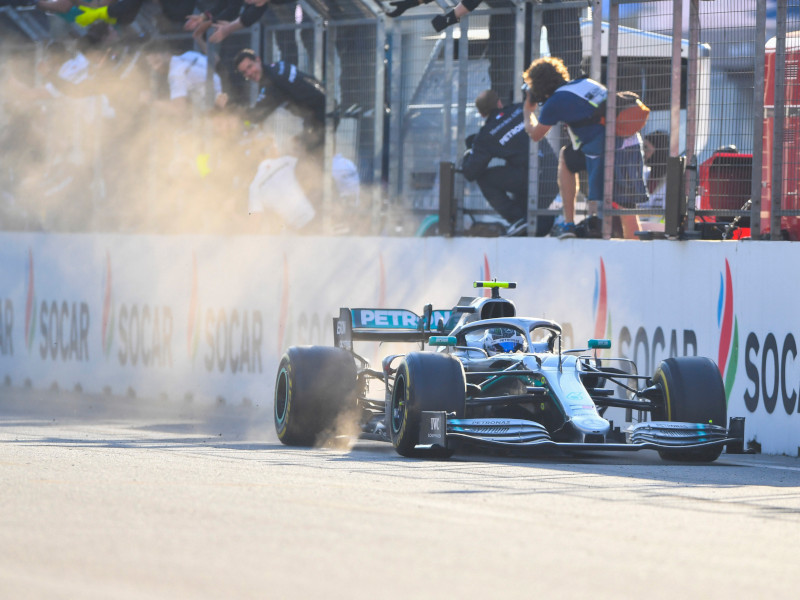 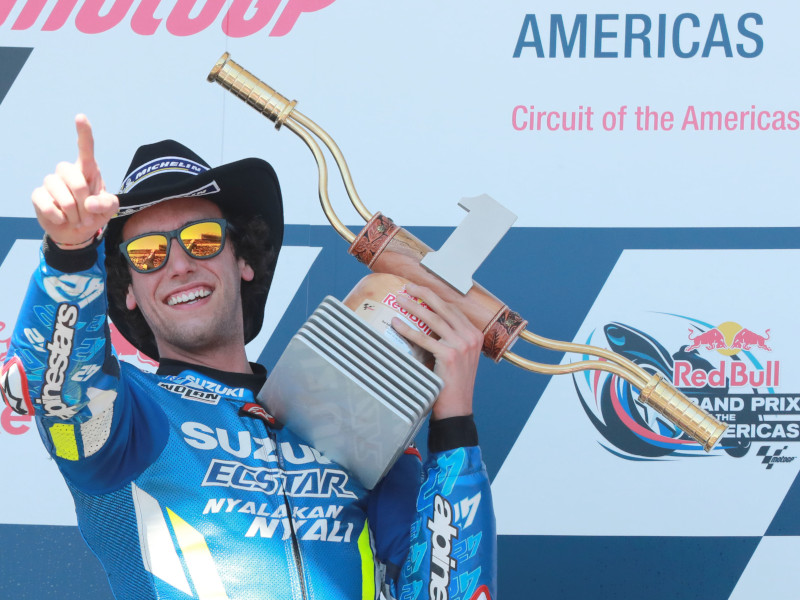 The ABB FIA Formula E championship returned to Europe to visit the historic centres of Rome and Paris. The category's wild season showed no signs of stopping. Mitch Evans gave Jaguar its first major motorsport success in almost three decades as he triumphed in a thrilling Rome E-Prix.

The weather gods unleashed rain and hail on the drivers in Paris, and it was Virgin's Robin Frijns who remarkably made it eight different winners from the first eight races of the year, giving the Dutchman the lead of the championship.

On both occasions Andre Lotterer finished runner-up to ensure he is well-placed in the title battle, just a point behind new leader Frijns. It is far from a head-to-head between Frijns and Lotterer as there are still 150 points up for grabs across the remaining five races of the current campaign and just 29 points covers the top 10 drivers in the championship. It's a wide-open affair that won't be sorted until the double-header around the streets of New York, however next up for the series is a trip to motorsport's most famous venue: Monaco. Who will rule in the tight confines of the glamorous Principality? 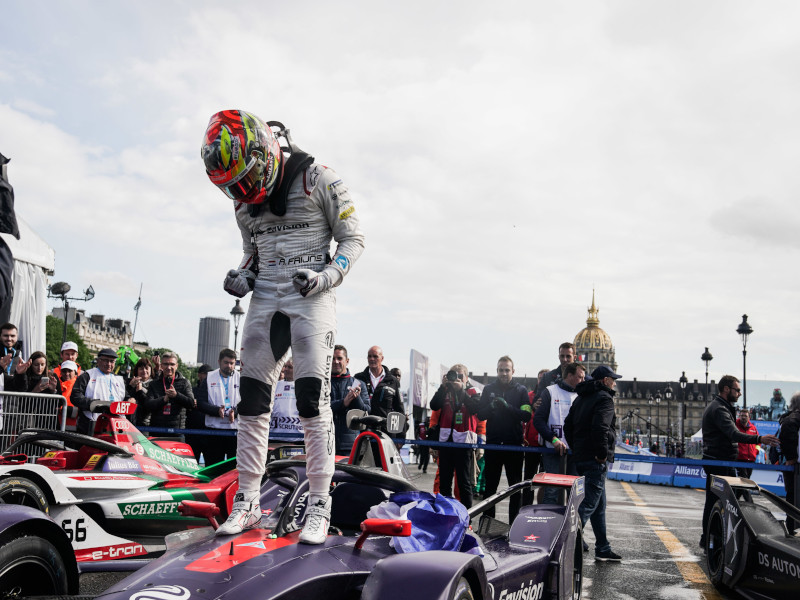 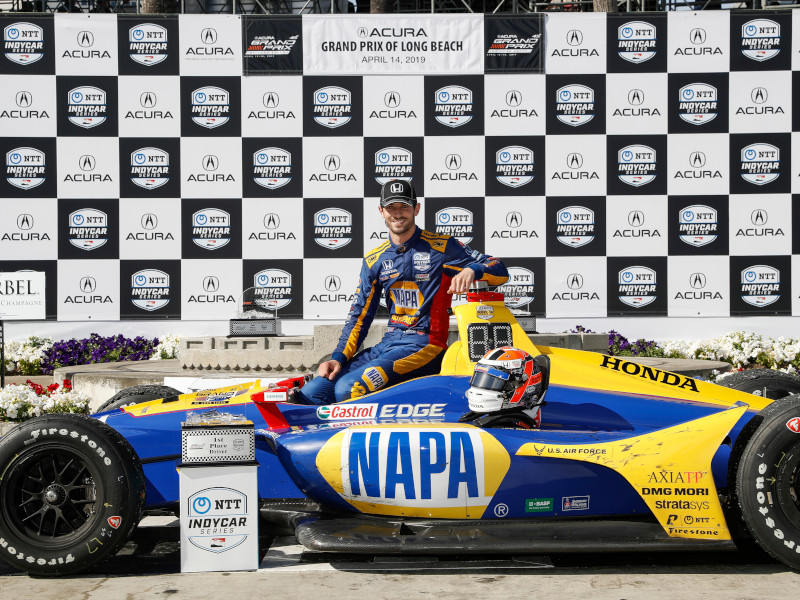 In terms of wide-open title fights MotoGP can add its name to the list after a shock result at the Grand Prix of the Americas circuit in Austin. Marc Marquez has made the Texan venue his own across the years and he looked set to romp to another dominant victory, but a mistake sent him tumbling to the ground and for the first time a non-Marquez rider picked up the winner's trophy. That honour went to Suzuki's Alex Rins, who prevailed in an old-school duel with the evergreen Valentino Rossi, giving the youngster his maiden win in the premier class. The Austin result elevated Andrea Dovizioso to the lead of the championship, meaning the pacesetting riders from Ducati, Yamaha, Suzuki and Honda are split by just nine points, demonstrating the relative equality of the four major biking manufacturers. Can anyone steal a march on the opposition when the two-wheeled series races into the European heartlands of Jerez and Le Mans this month?

Across the Pond in IndyCar two iconic venues, Barber and Long Beach played host to two separate examples of classy domination. At the Alabama circuit, 2017 Indianapolis 500 winner Takuma Sato romped to victory, while a week later his predecessor Alexander Rossi cruised to Victory Lane in his home state for a second successive year to underline his status as a title contender.

Rossi now holds P2 in the standings, but up front is Penske's Josef Newgarden, whose impressively consistent start to the year has given him a commanding advantage in the points battle, with the 2017 champion surely eager to add a second title to his collection.

All eyes are now on the month of May with teams and drivers setting up camp in the state of Indiana for the world-famous Indianapolis 500. Who will be the recipient of the bottle of milk when the chequered flag brings 200 laps of frenetic action to a close on May 26? A strong field means there's a litany of potential contenders - among whom will surely be Fernando Alonso, preparing for his second tilt at the 500-miler with McLaren, as he chases the completion of motorsport's Triple Crown.

Over in tin-top land the World Endurance Championship has had a month off but it races back into Spa-Francorchamps this weekend, the final preparation round prior to June's Le Mans 24 Hours. Can Toyota's leading trio of Fernando Alonso, Kazuki Nakajima and Sebastien Buemi secure a triumph that could seal the title, or will team-mates Mike Conway, Jose-Maria Lopez and Kamui Kobayashi take the fight down to the day-long classic in France? There will also be renewed local interest in the upcoming event, with ex-F1 racer and GP2 champion Stoffel Vandoorne joining LMP1 podium finishers SMP Racing for his home round.