Abu Dhabi joined the Formula 1 calendar in 2009 and has already established itself as a firm end-of-season fixture. Motorsport Live looks to the Emirati escape.

Formula 1 first ventured into the Middle East in Bahrain in 2004 and five years later the Gulf state was joined by United Arab Emirate Abu Dhabi, with the futuristic Yas Marina Circuit constructed on the man-made Yas Island as part of a project that made the venue the most expensive Formula 1 track in the 70-year history of the championship.

That included state-of-the-art facilities, floodlights in order for the Grand Prix to take place at stunning sunset, not to mention the Monaco-inspired harbour and Yas Viceroy hotel that changes colour during the race and traverses the circuit, meaning Formula 1 drivers quite literally drive beneath the luxury accommodation from which race-goers can view the action. 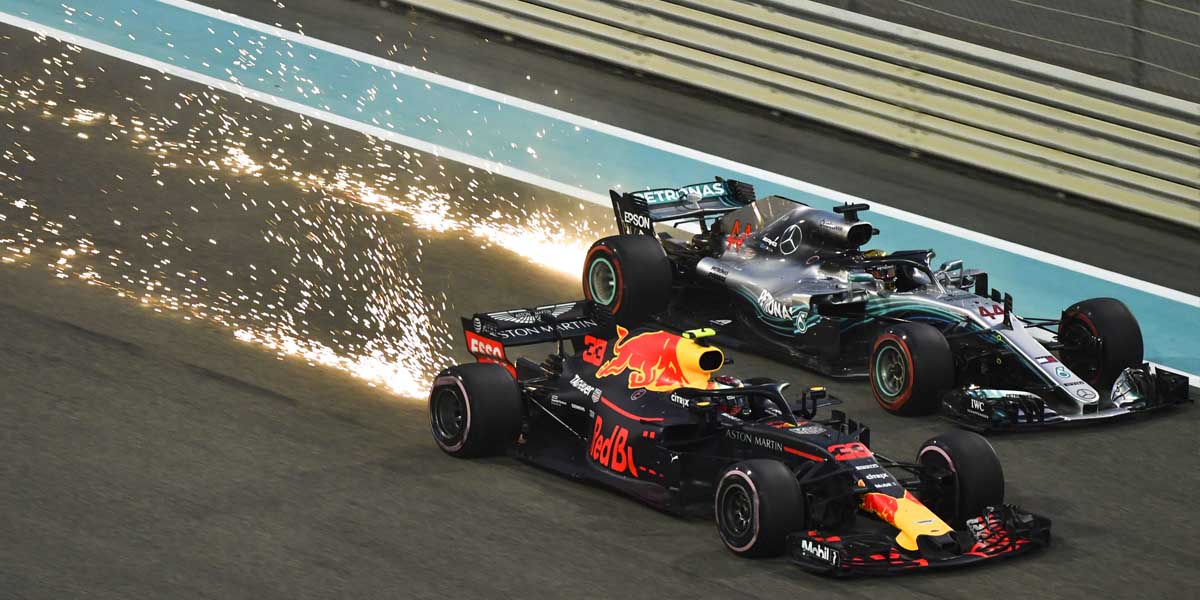 The Abu Dhabi Grand Prix has on three occasions been the venue at which the new World Champion has been crowned. In 2010 Sebastian Vettel rose from third to first in the standings in a pulsating Grand Prix to snatch the title from under the nose of Fernando Alonso, with the stunned Red Bull ace taking the mantle of the youngest ever World Champion. Could that all change this year?

Four years later it was Lewis Hamilton's turn to taste the victory rose water as he emerged on top of a fierce season-long battle with Mercedes team-mate and nemesis Nico Rosberg, but two years later the German turned the tables, as Hamilton's go-slow tactics couldn't prevent Rosberg from securing the runner-up spot he needed to be World Champion. It proved to be Rosberg's final act in Formula 1 as he walked away from the sport mere days later. Will the destination of the 2019 championship be decided at Yas Marina? Given the expected close nature of this year's competition, and Yas Marina's place as the season finale, it represents a real chance the World Champion will only be crowned when the chequered flag is waved after 55 laps of frantic action this December. 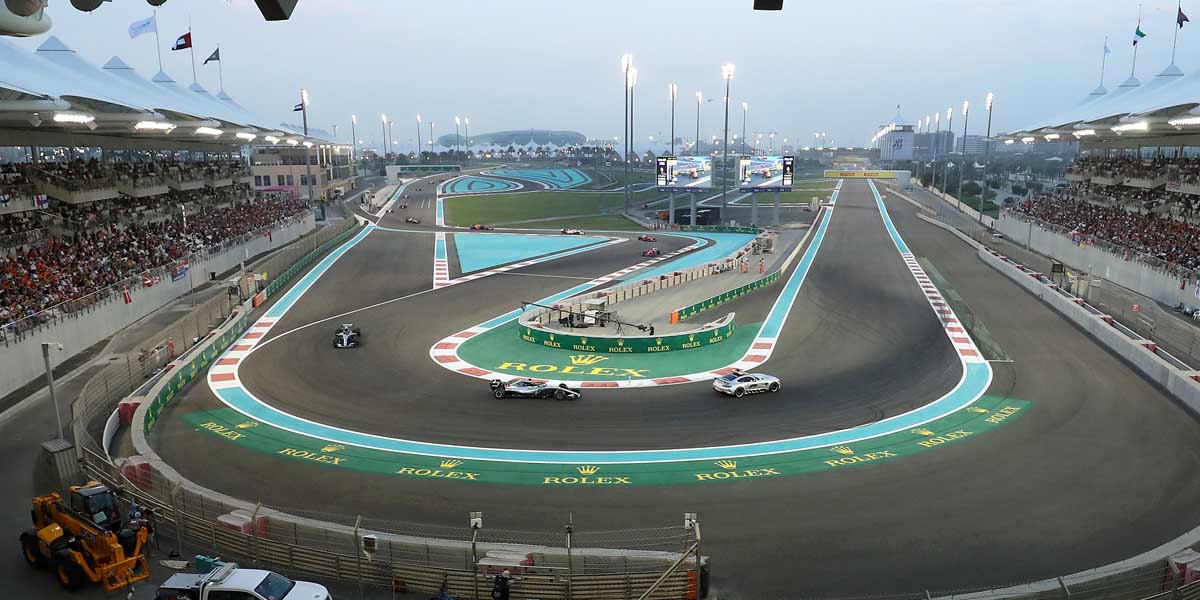 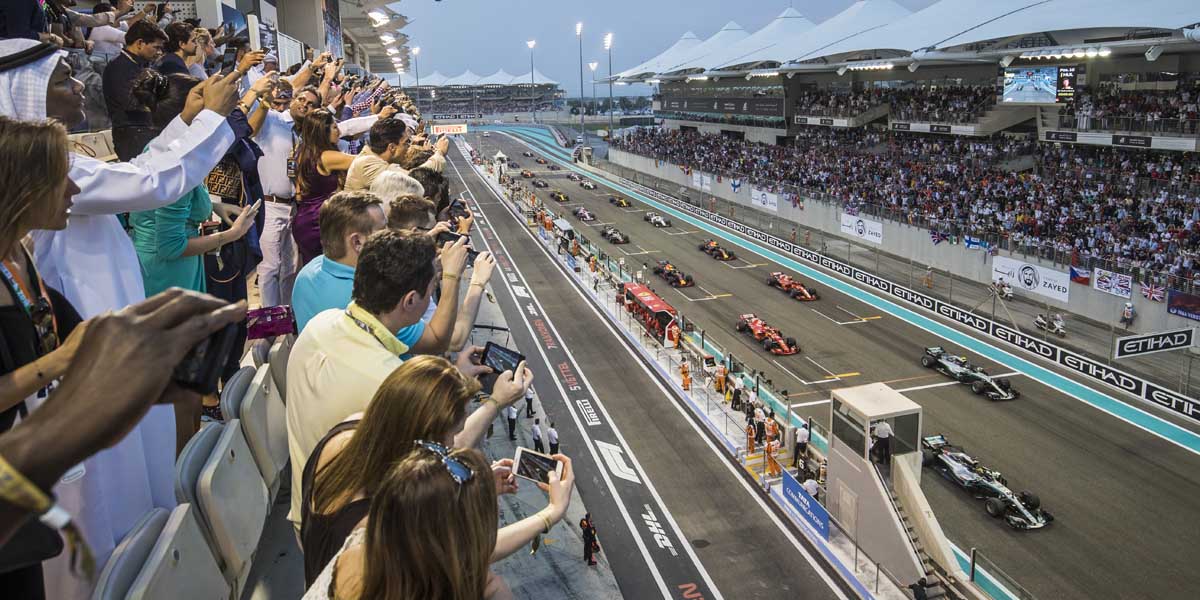 Yas Marina itself has ample places from which to view; if you can't quite afford a spot in the harbour or the Viceroy Hotel, then there's the permanent and well-maintained grandstands that stretch along the main straight and that peer over the action zones at Turns 8/9, where Renault's Nico Hulkenberg dramatically rolled out on the opening lap in 2018, and Turns 11/12, where most of the overtaking battles take place. Or if you just want to chill there's the hill that overlooks the fast Turn 2, and fine weather is guaranteed, with Abu Dhabi enjoying near-year-round sunshine and warmth. And if you want to step into the paddock gates then Motorsport Live can offer you exclusive access, while Red Bull and McLaren have bespoke offerings for fans to purchase.

Away from Yas Marina Yas Island itself has a plethora of activities to keep everyone entertained, most prominently the adjacent Ferrari World theme park, a monument to the Maranello giants that includes a large exhibition area and the fastest rollercoaster in the world. Just across the road is a golf course and beach while further around the island is the Du Arena - where the post-race concerts have previously featured Guns N'Roses, The Who and Sam Smith - while Yas Waterworld is the perfect place to chill out on a hot desert day. For those who want to shop 'till they drop Yas Mall is one of the largest shopping complexes on the planet, featuring miles upon miles of various boutiques and restaurants from around the globe. Yas Island itself is just a 10-minute drive away from Abu Dhabi International Airport, which services all major airlines and cities, and which itself is undergoing a massive extension project which is set for completion in the coming years. 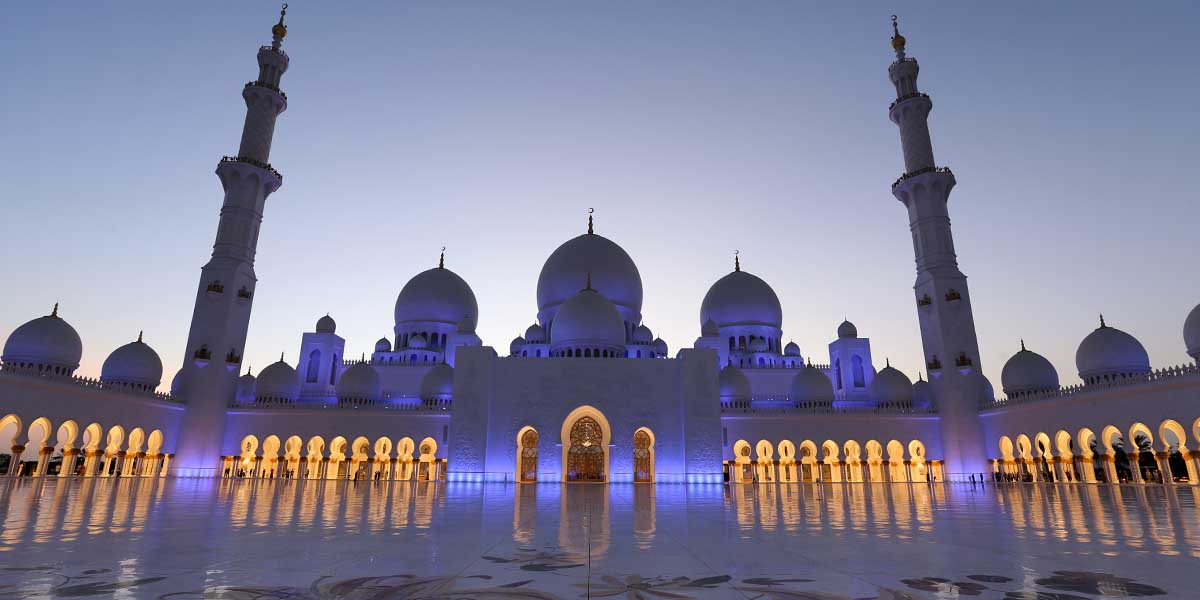 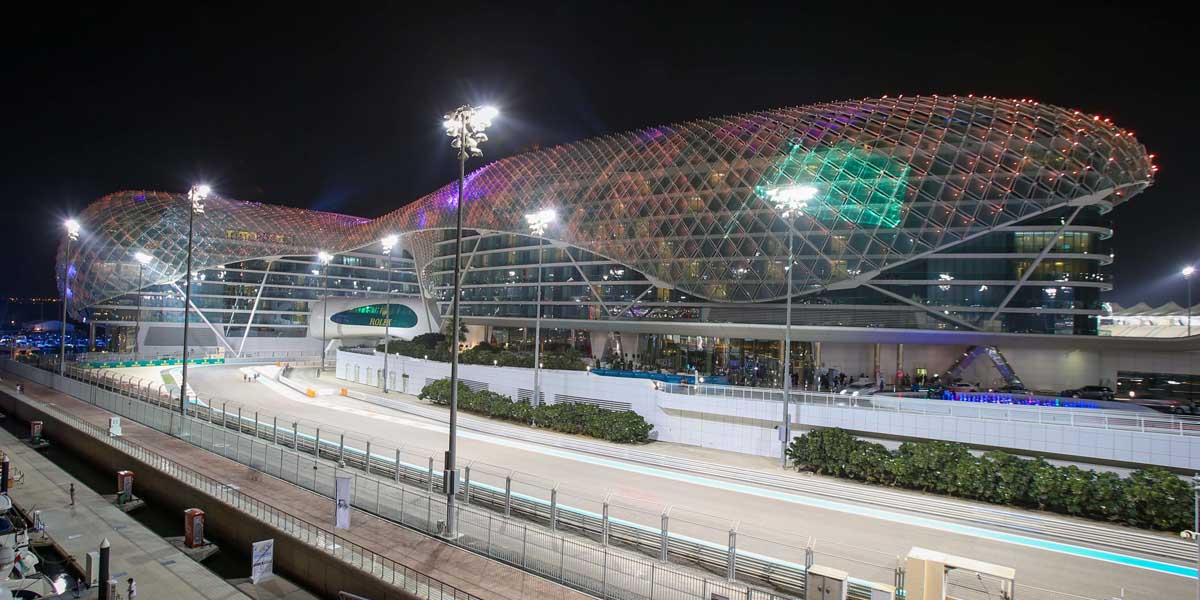 Two of Abu Dhabi's landmark tourist attractions are just a 15-minute drive away from Yas Island, with the Grand Zayed Mosque one of the most visited religious buildings in the world. The jaw-dropping construction is a must-visit for any tourist, with free access, and is particularly stunning at sunset and in the early evening. For art lovers there is The Louvre, located on Saadiyat Island, which houses thousands of artefacts and paintings from, and is covered by a staggering honeycomb structure. A quick hop from there will take you to the centre of Abu Dhabi, which is a clash of cultures as fast-developing modernity meets old Arabia.

A potential Formula 1 title-decider at a world-class venue with guaranteed good weather, and an endless list of other things to see and do? What are you waiting for? Book today with Motorsport Live.