The hours before a Grand Prix are vital for a driver to prepare both his physical and mental state. Nico Hulkenberg's performance coach MARTIN POOLE explains the routine of both Renault drivers in the hours before the lights go out.

Sunday morning is different from the other days of a grand prix weekend because it is much more relaxed - the mood changes. On Saturday morning in particular, the build-up to qualifying is quite intense because of the nature of the session. Both Nico and Daniel Ricciardo have to perform at a high level for a short amount of time in qualifying, and you can't really approach a long race distance in the same way. Now most races start at 3.10pm local time, that makes Sundays quite drawn out.

Whatever happens on Saturday, it's important to draw a line under the result of qualifying. We know where we are starting and you can't change that, so it's important to focus on what is possible from that grid position. 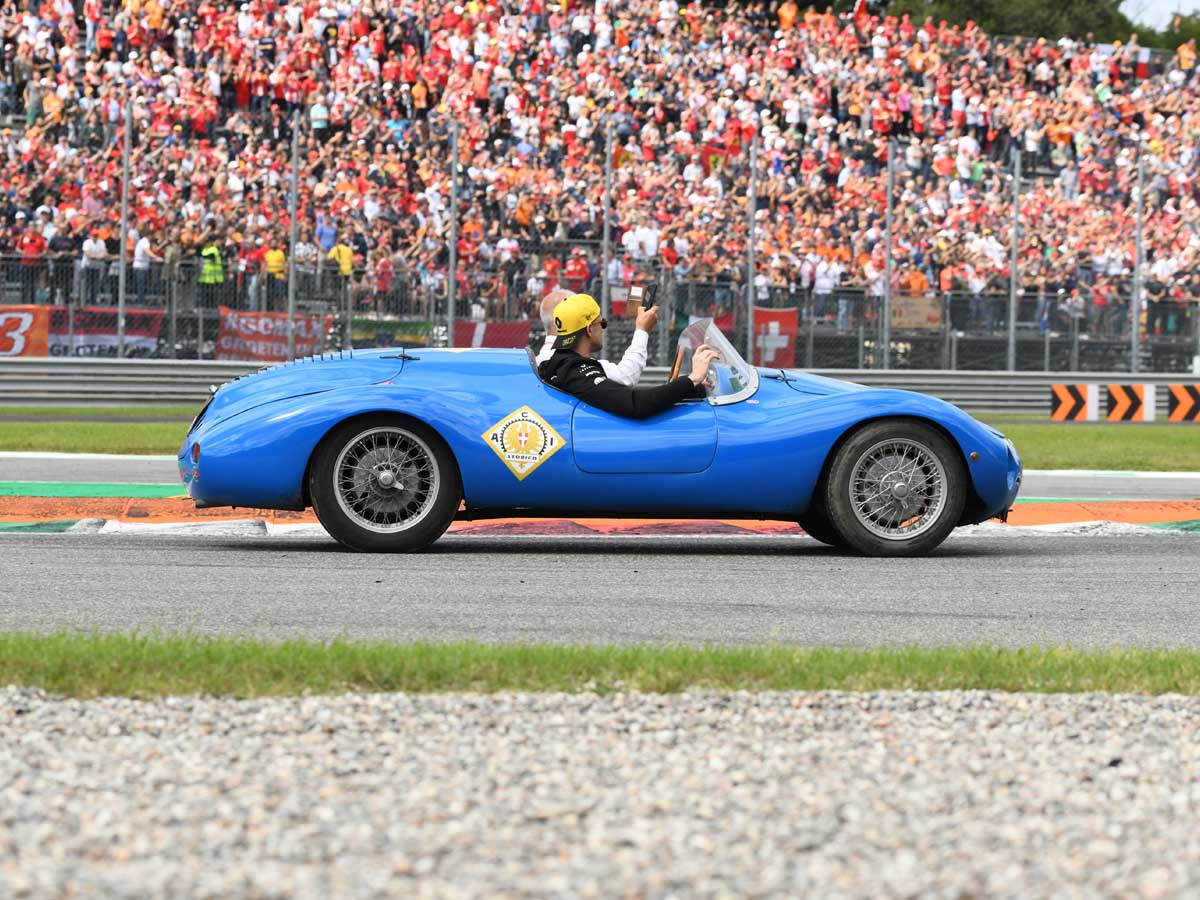 I've worked with Nico for three years now and he quite likes to get up and get going. Drivers will often start by doing some warm-ups and activation at the hotel on Sunday morning.

This is just a way of waking up the body and physically getting it loose and ready. Things like progressive stretching and perhaps a bit of light cardio. That can either be a gym-based exercise, such as a static bike or cross trainer, or maybe a jog. Nothing too dynamic, so no sprinting or playing any sports. 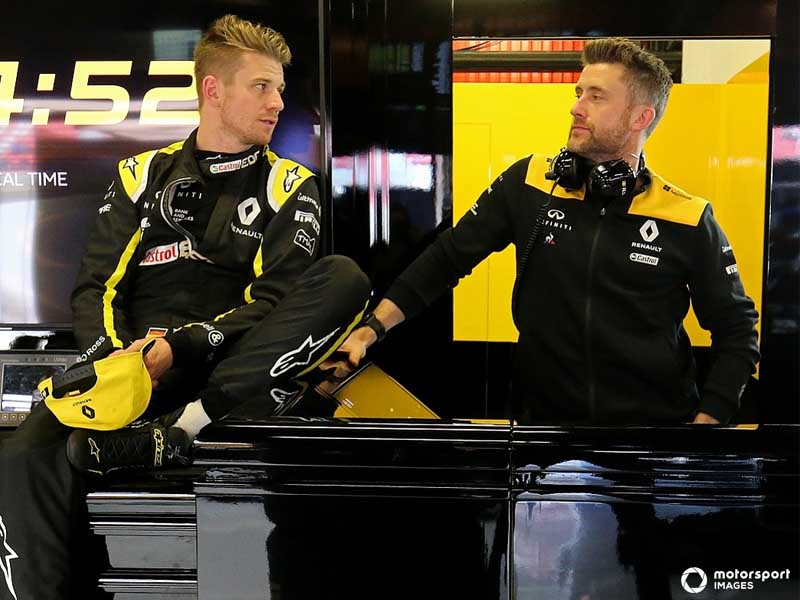 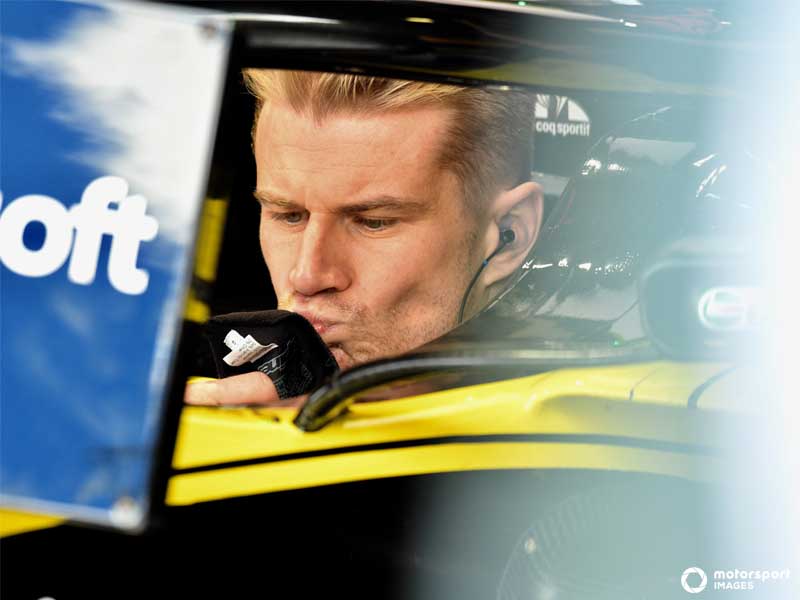 Nico and I tend to do a relaxing sports massage on Sunday to start getting him physically ready. This also gives us a chance to chat about how he's slept or how he's feeling about the race.

We normally have breakfast in the Renault motorhome. Nico might then have a snack mid-morning and have lunch just before the drivers' parade. After the drivers' parade we don't have too long before he has to go to the garage to get strapped into the car. In his drivers' room, this is where Nico will just have a bit of quiet time and some contemplation. He'll close his eyes for a few minutes and will visualise the race. The first corner, first lap, race strategy, that type of thing. We don't discuss too much at this point.

We will follow the relaxation time with some more intense activation. As he gets closer to getting to the grid, the adrenaline builds and this is his last chance for a little break from that. 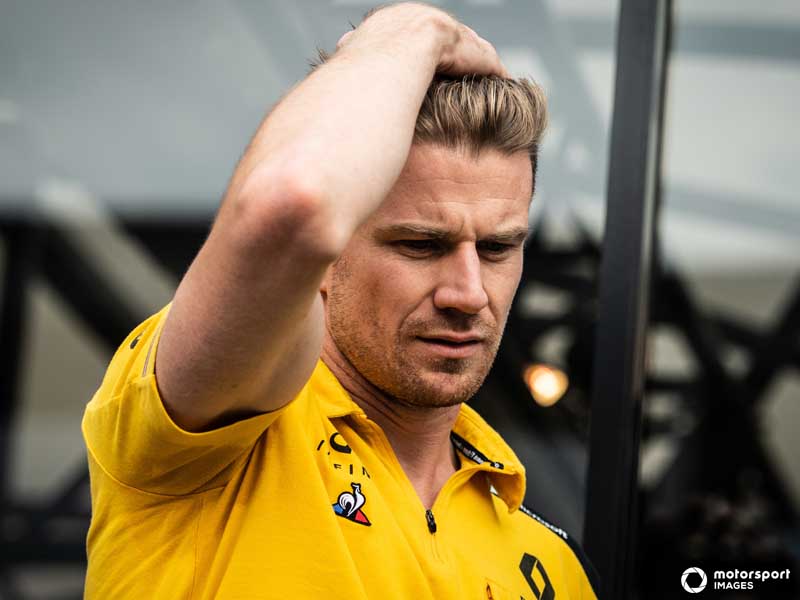 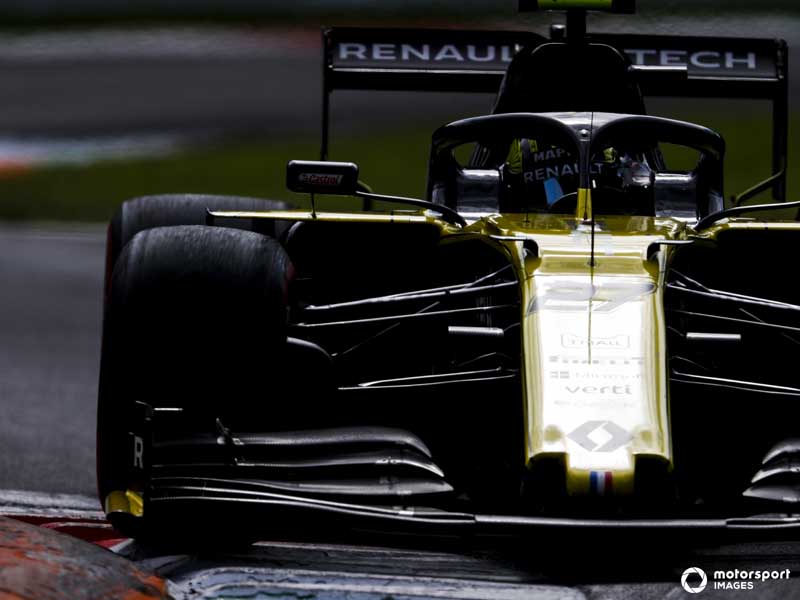 We'll start an activity and whatever it is, we'll do it with a bit of fun and have a laugh. It's important to have this release. Whether it's a bit of football, a few reaction drills where we throw and catch balls - inevitably we'll start to throw them at each other, like a couple of kids!

With the intensity of a grand prix looming, it is important to have these moments to relax and ease the pressure. Then he can stroll into the garage and he's ready to go...