5 ICONIC MOMENTS FROM THE SINGAPOREAN GP

The Singapore Grand Prix is just around the corner. It will be the 12th staging of F1's first night race, and it looks like it will be as exciting as the previous events. It might even leave fans with some more iconic moments, just as the other races have done. But they will have to be extra special. Otherwise they won't top these 5 iconic moments from the first 11 years of the Singapore Grand Prix.

In 2017, Lewis Hamilton and Sebastian Vettel were neck and neck in the standings going into the Singapore Grand Prix. Then the Ferrari flub happened. Vettel started the race in pole position, but was knocked off the track on lap 1 no less. Vettel, teammate Kimi Raikkonen, and Red Bull's Max Verstappen were in close quarters, with the Ferrari drivers flanking Verstappen on both sides. The young Dutchman touched Raikkonen's tyres, which sent him careening into Vettel's car. All three drivers were forced to retire early due to the crash. Without three of his rivals, Hamilton went on to win the race. Vettel, on the other hand, lost considerable ground in his World Championship run. 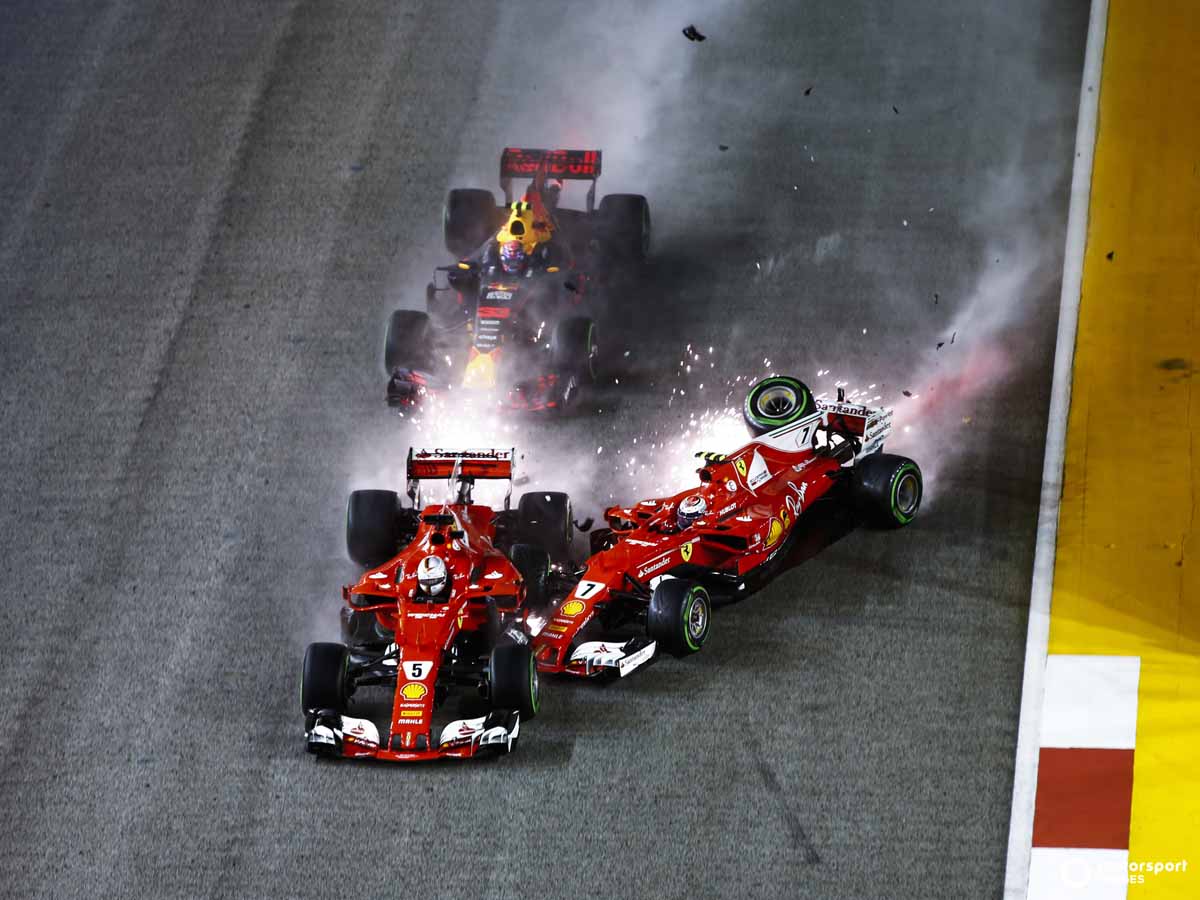 There is a saying that the first time is always memorable. That much is true for the inaugural Singapore Grand Prix, which is still being talked about to this day. A guide to this season's F1 race tracks notes how Fernando Alonso won the first Singapore Grand Prix in 2008. His victory, though, was controversial. A recap of that drama-filled night in Marina Bay recounts the events of "Crashgate". On lap 14, Alonso's teammate Nelson Piquet Jr., crashed his Renault into the wall, setting off a chaotic chain of events. As the dust settled the beneficiary was obviously Alonso. Then race leader Felipe Massa was the biggest casualty, as in the ensuing madness his team botched his pit stop when they failed to release the fuel hose. Massa emerged from the pit-lane trailing, and was unable to recover. The controversy took on a life of its own a year later. Piquet, since released by Renault, confessed to the FIA that the crash was, indeed, deliberate. He went on to admit that it was a ploy to help Alonso win. His victory has since been overshadowed by "Crashgate". 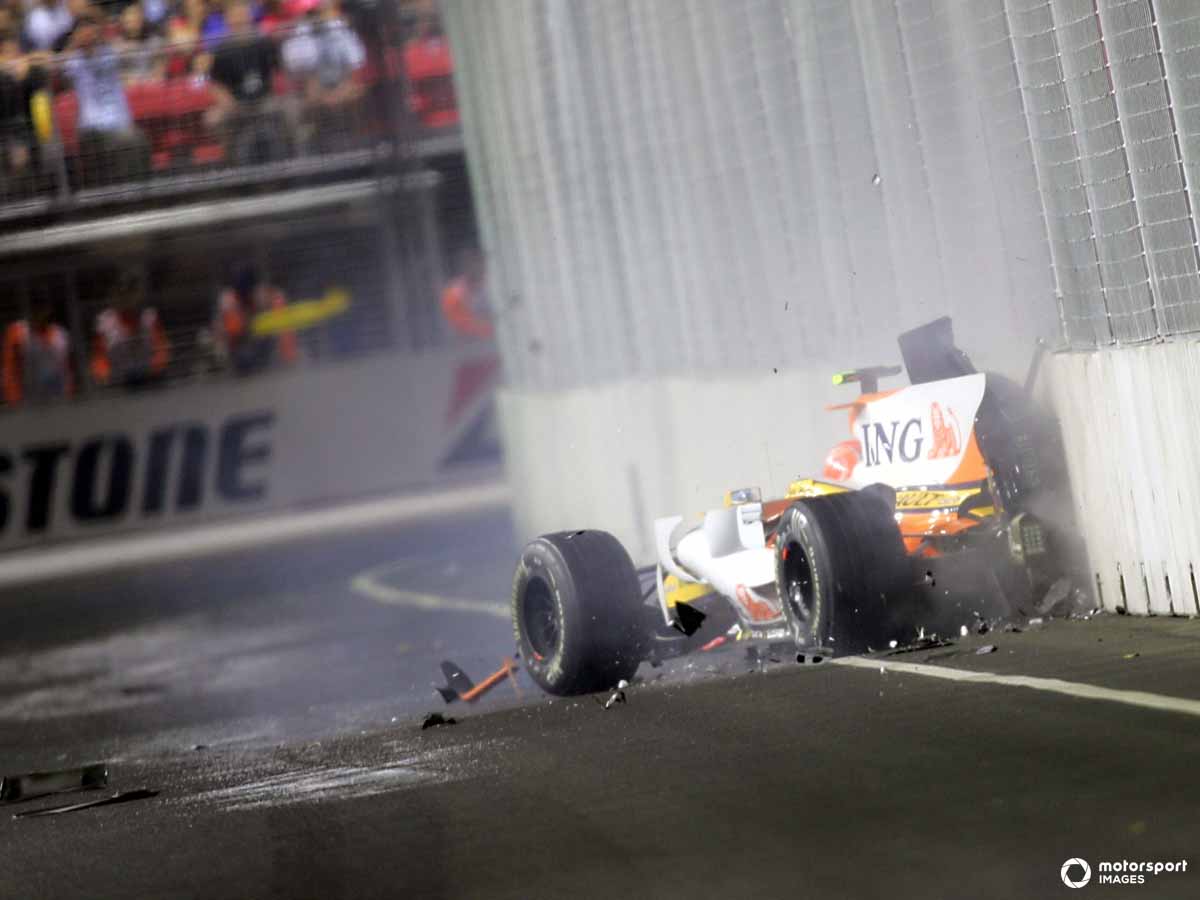 Schumacher gives it a go

Michael Schumacher is an F1 icon, but he never got the chance to race in the Singapore Grand Prix. In 2010, though, Schumacher gave fans the ultimate thrill. On a Friday practice session the seven-time world champion drove out of the paddock, and gave the Singapore racetrack a go. Yes, it was only practice, but it was a special moment to see the F1 icon on the track. That's reason enough to include that very special moment on this list. 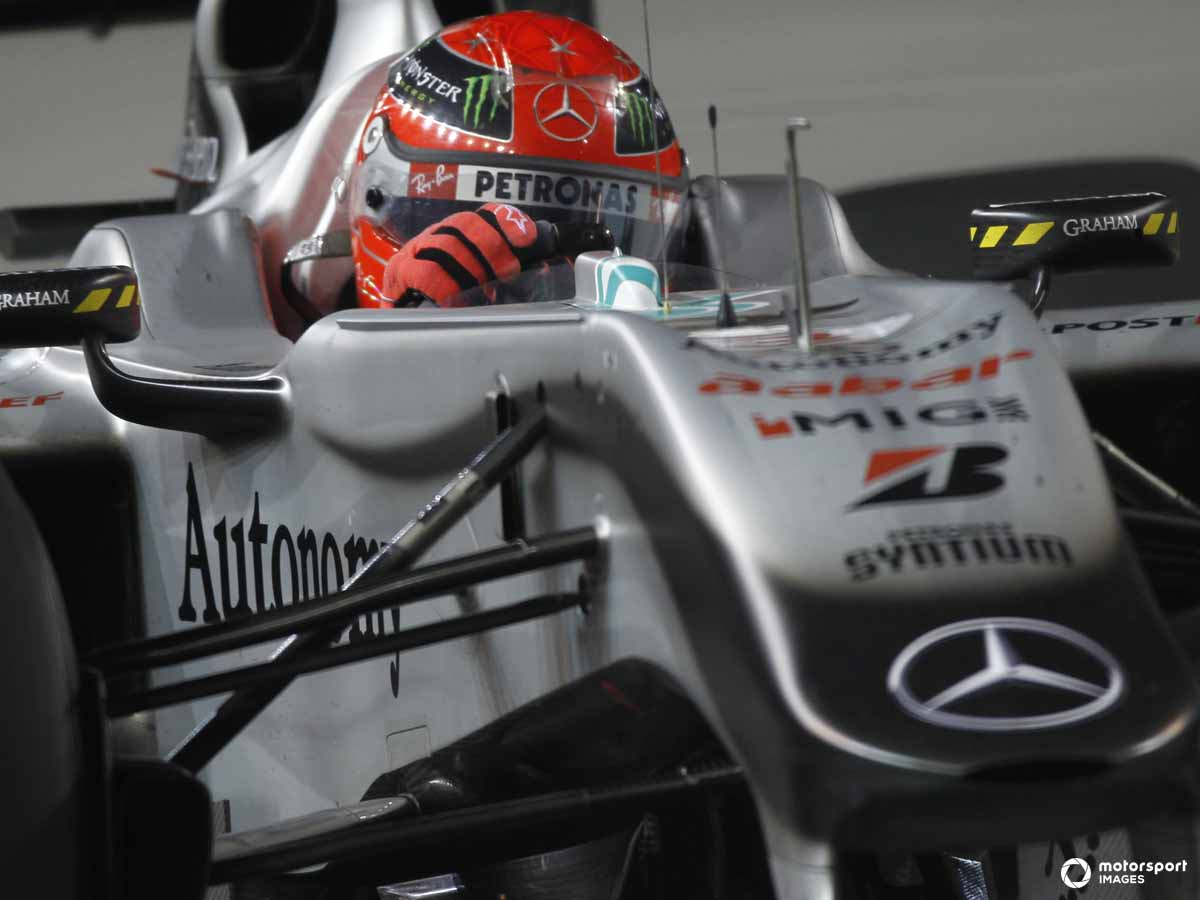 The aforementioned Alonso makes a second appearance on this list, but not due to controversy. In 2013, Mark Webber was already on the final lap when his engine failed. That's when Alonso gave Webber a free ride. The Spaniard stopped his Ferrari at Turn 7 then asked the Australian to climb in. Webber obliged. In doing so the two gave F1 fans one of the sport's most iconic images: that of a driver giving a rival a helping hand. 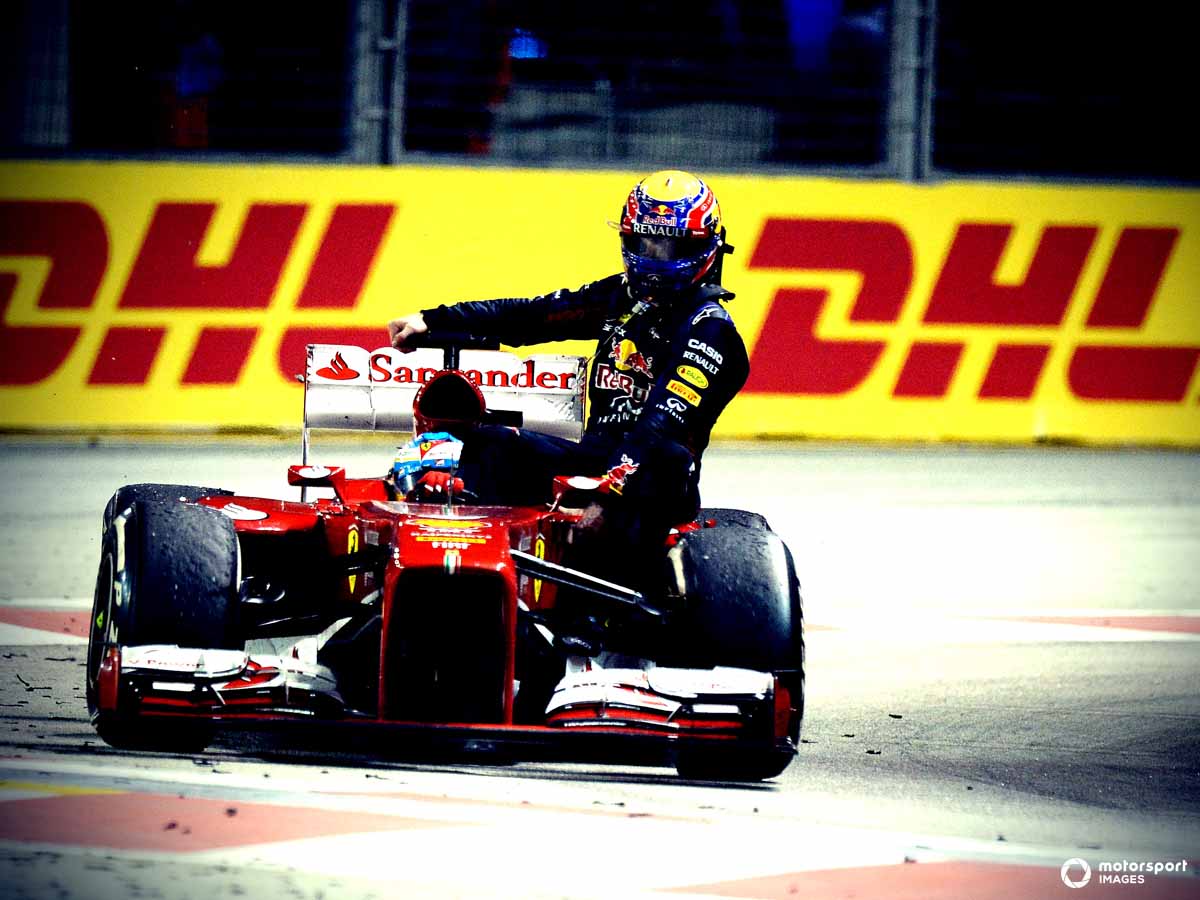 There is a man on the track 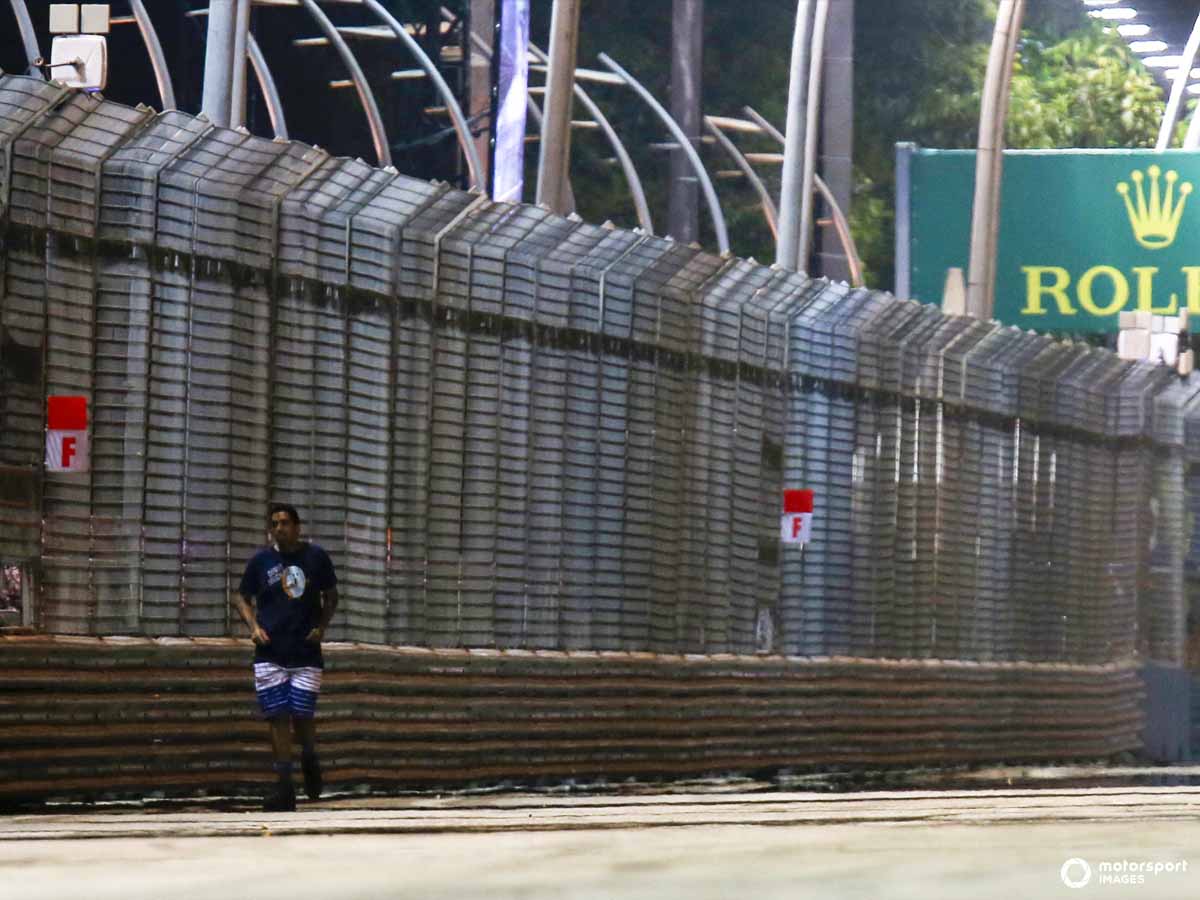 Article written only for the use of motorsportlive.com
By Cara Montgomery