Motorsport is all about precision, skill and professionalism, but it's also renowned for its social scene. So, where do you go if you want to work hard and play hard? Let Motorsport Live takes a look at some of the best party (racing) venues in the world.

Motorsport is all about precision, skill and professionalism, but it's also renowned for its social scene. So, where do you go if you want to work hard and play hard? Let Motorsport Live takes a look at some of the best party (racing) venues in the world.

Think of glitz and glamour or motor racing and Monaco undoubtedly comes to mind. The principality is home to the rich and famous and Grand Prix racing has been taking place around the streets of the tiny city since 1929. But in Monaco the frenetic action is almost a distraction to the social scene, which ramps up through the week courtesy of the event's extended schedule compared to normal grand prix.

Parties take place throughout the course of the four-day 'weekend', with Thursday night's festivities kick-starting a sequence of hair-raising spectacles that includes Friday evening's Amber Lounge, which takes place in the grounds of the iconic Hermitage hotel. And where else can you actually party on the track? Each day a range of bars and clubs, the most famous being La Rascasse, open their doors, with the dance floor spilling out onto the tarmac. 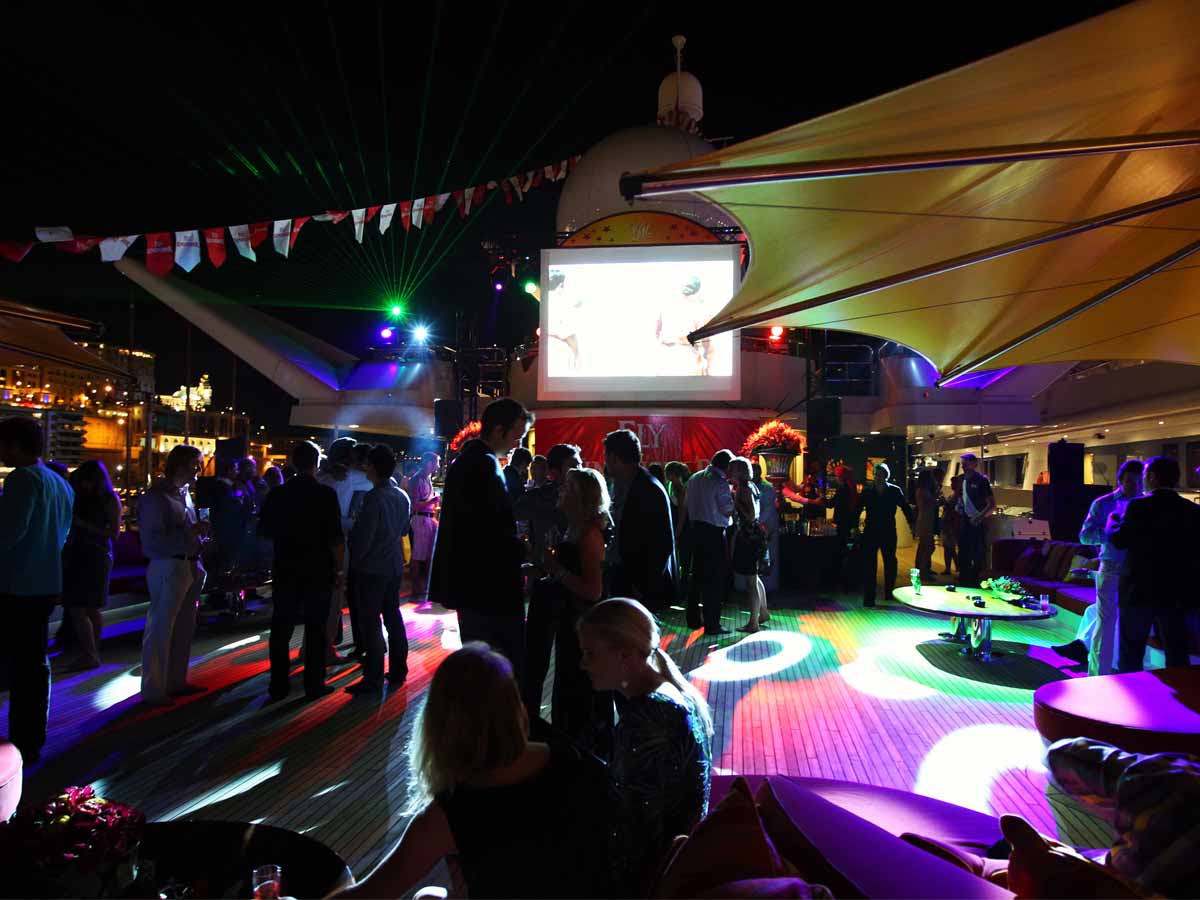 You don't have to just limit your nightlife to the land; Monaco's harbour is full of some of the world's finest boats and superyachts throughout the weekend, with the parties continuing long into the morning, when the bleary-eyed and hungover have the noise of race engines as their alarm call.

Formula 1 ventured to Singapore for its first night race in 2008 and across the last decade the city has established itself as one of the go-to venues on the ever-expanding schedule. The event takes place in the heart of the city while the timing of the race sessions, taking place in the evening, means you can head straight from the race track and into the party atmosphere.

The Singapore Grand Prix's stand out feature though was the concept of a weekend long festival, incorporating the world's best music artists with the rush for Formula 1. So success has this concept been the format is now replicated at many other events, but this is the original, and remains the best - and this year there are some big names that have been confirmed for Marina Bay. Swedish House Mafia, Muse and Red Hot Chili Peppers are all to headline the main stages on a weekend that will also feature Gwen Stefani, Fatboy Slim and Hans Zimmer. 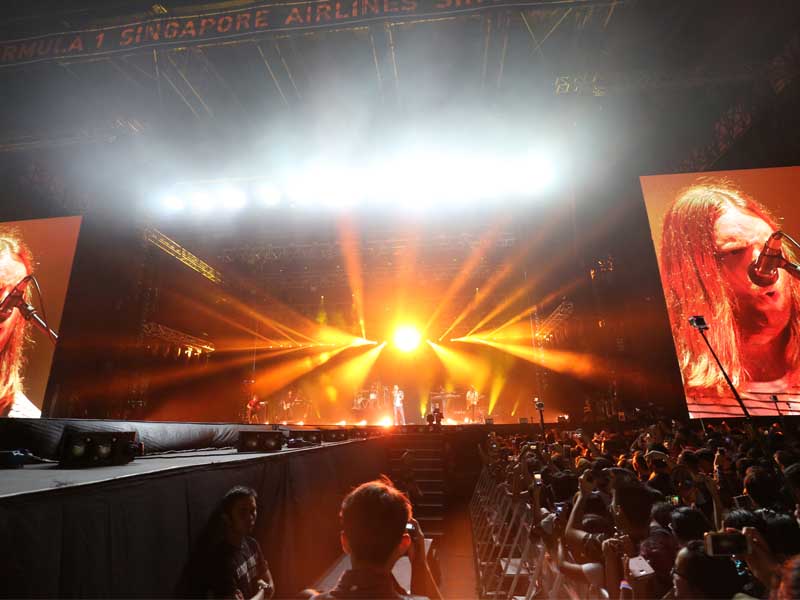 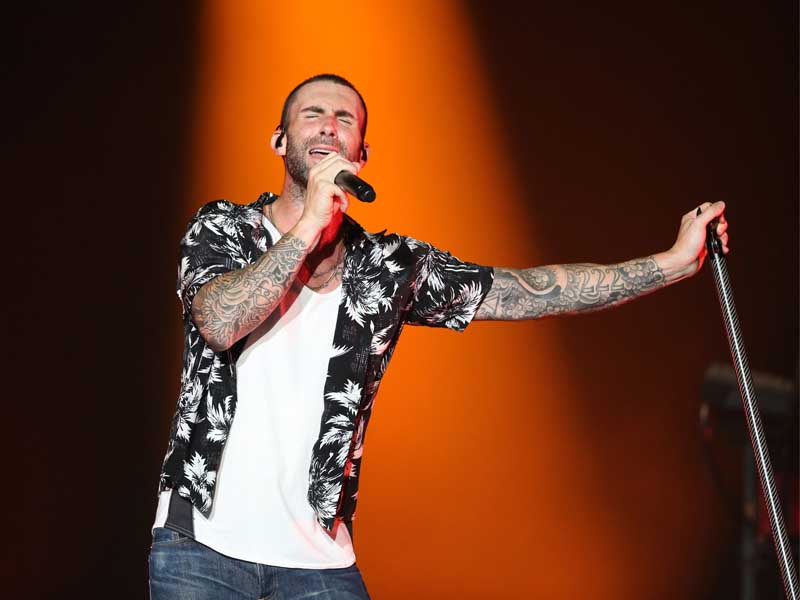 Formula 1's hectic nine-month whirlwind tour of the globe holds its concluding round on the man-made Yas Island in Abu Dhabi, United Arab Emirates. The entire island was built in just 18 months and is the most expensive race venue ever built, with a purpose-built marina adjacent to the track, whose centrepiece is the Yas Viceroy hotel. The two-building structure is linked by a walkway and a honeycombed roof that illuminates at night and dominates the skyline. 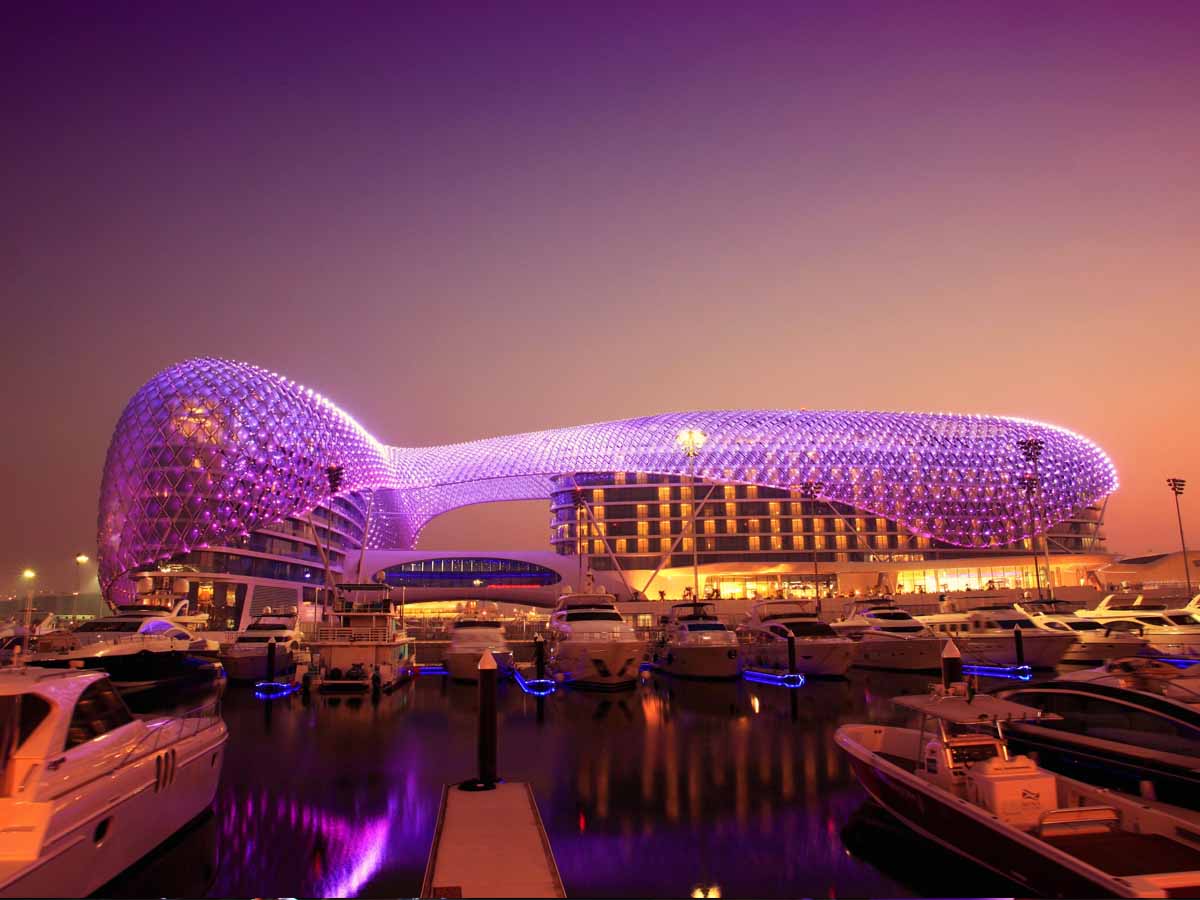 An array of hospitality options are available for the Abu Dhabi Grand Prix while hot and sunny weather is guaranteed, making it the perfect venue for a winter chillout. Yas Island itself has a range of hotels and nightclubs, while if it's the music scene you're out for then the du Arena plays host to the post-event concerts, this year set to be headlined by The Killers. If you want to see out the season in style then be sure to make the trip to Abu Dhabi - and stay out until the sun rises to mark the start of the winter break…

Since 1996 Formula 1 has been making an annual pilgrimage to Victoria's primary city, Melbourne, and all but twice the ever-popular Albert Park circuit has hosted the season-opening event, which turns into a week-long extravaganza. The chilled-out nature of this vibrant and sports-mad city makes it the perfect venue to officially launch a new season. 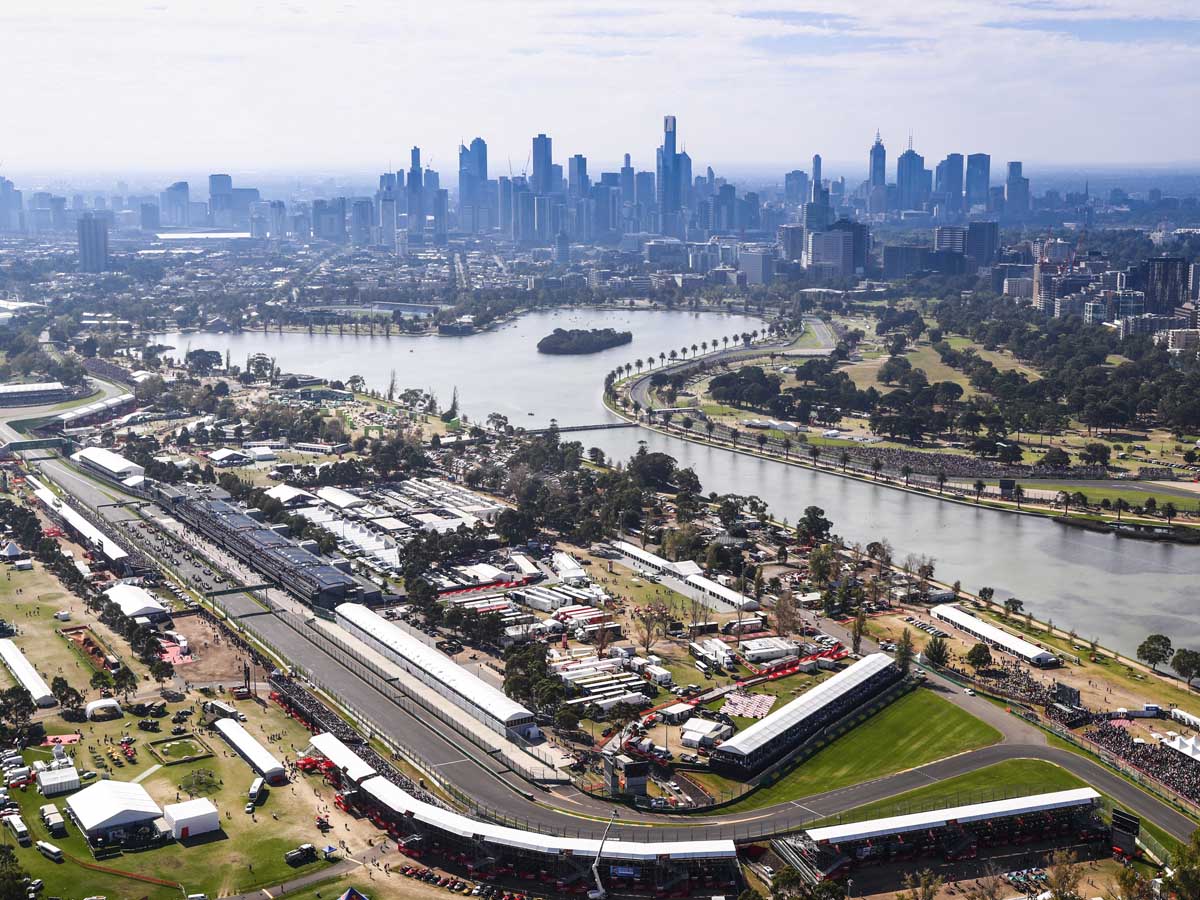 Be sure to check out the bars and clubs adjacent to the Yarra River on Southbank, or head to the famous St. Kilda beach, where the fun continues long into the early hours. In 2019, it also presented the first opportunity Formula 1 fans have to watch the inaugural Formula 1 season launch party, a new extravaganza to bring drivers, teams and fans together. The Australians certainly know how to put on a frenzied show, as demonstrated by the 2019 season launch which took place among the fans in the heart of Melbourne's Federation Square, with all 20 drivers in attendance. 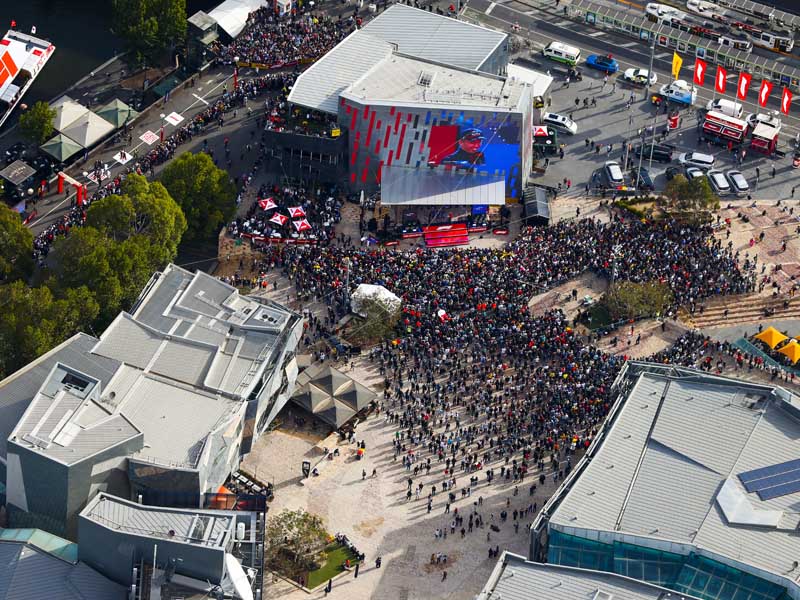 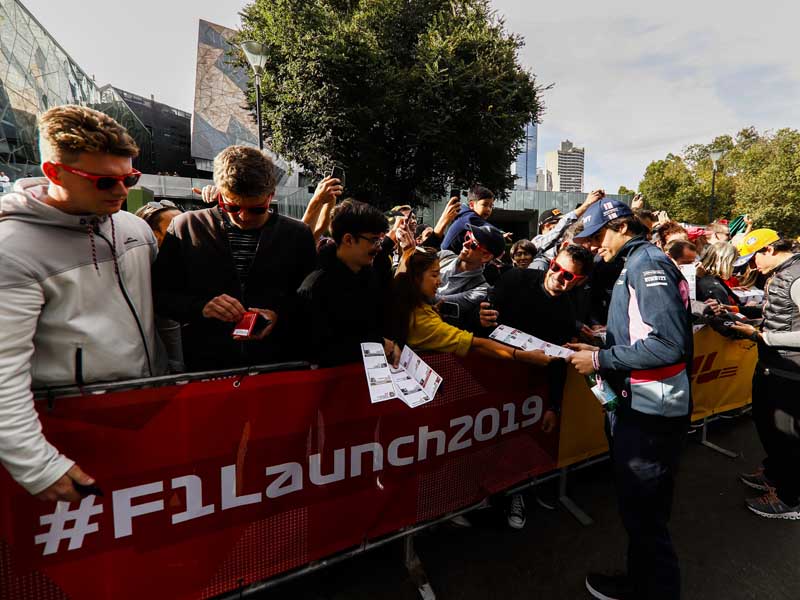 MotoGP's season draws to a close at the Ricardo Tormo Circuit, a stone's throw away from the beautiful city of Valencia, which blends history and modernity together in perfect fashion, alongside miles of golden sands adjacent to the Mediterranean.

A passionate race-mad city, once the racing has concluded the end-of-season parties take Valencia to another level. Breaking out and lasting late into the night across the cities many bars, restaurants and clubs, Valencia rounds out the season in its own unique style. Famous for its nightlife, where cafes turn into miniature concerts halls, featuring live music exhibitions from both traditional and more modern styles, it's a definite party location.

Be sure to join in the fun with Motorsport Live, with a range of ticket and hospitality options still available.