What History Tells Us of the Japanese F1 GP - bookf1.com
Please wait...

WHAT HISTORY TELLS US OF THE JAPANESE F1 GP

The Japanese Grand Prix is one of Formula 1’s favourite courtesy of the spectacular Suzuka circuit and its devoted fans. Motorsport Live takes a look at the history of the event in the Land of the Rising Sun.

Formula 1 first visited Japan in the 1970s with a pair of races at the Fuji Speedway, and its debut event resulted in the culmination of the 1976 World Championship. James Hunt took a podium to deny Niki Lauda the title in atrociously wet conditions, after the Austrian – who suffered a near-death crash only months beforehand – withdrew. Fuji also hosted a couple of races in 2007/08 but for the bulk of the last three decades the Japanese Grand Prix has been synonymous with the fast and flowing figure-of-eight Suzuka Circuit, which made its debut in 1987. 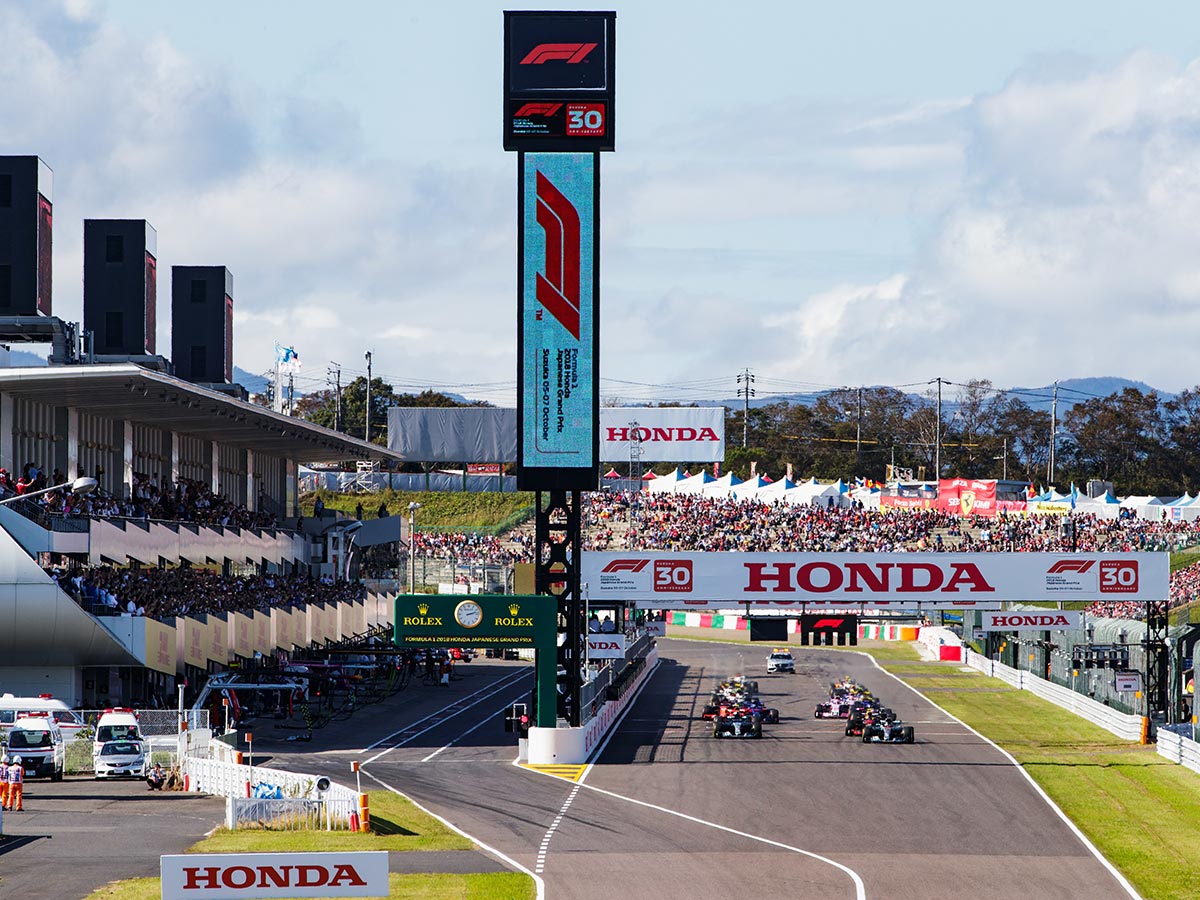 Suzuka’s placement near the end of the season means it has been the venue for some titanic – and controversial – title deciders throughout its long tenure on the Formula 1 schedule. In 1989 and 1990 it was the venue at which Ayrton Senna and Alain Prost collided; in 1989 the title was settled in Prost’s favour while one year later Senna took back the title, having orchestrated a collision with his opponent at the first corner.

In 1996 Damon Hill wrapped up the crown with an emphatic victory while in 1998 and 1999 Mika Hakkinen delivered championships for McLaren. One year later it was the scene of one of the greatest head-to-head races in Formula 1 history as Mika Hakkinen and Michael Schumacher found a new level in both qualifying and the race, streaking clear of their opposition by almost a minute. Schumacher won and, in the process, brought to an end Ferrari’s two-decade wait for a Drivers’ title. 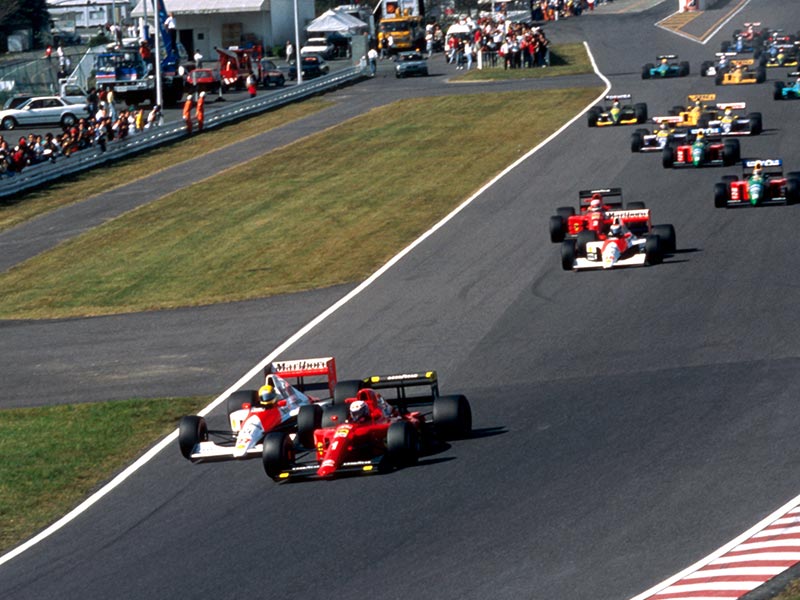 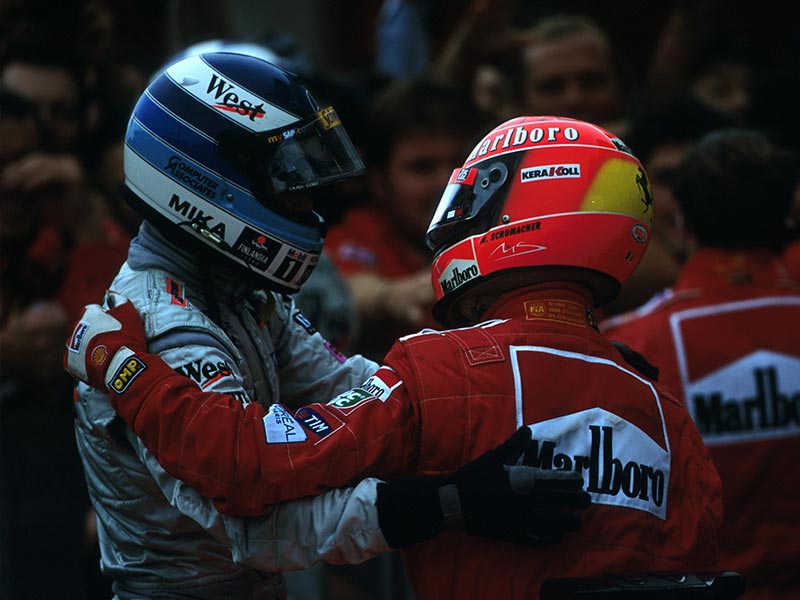 In recent years the elongated schedule has put paid to Suzuka’s status as a title-deciding season finale but in 2011 Sebastian Vettel clinched the crown with breathing space left in the year.

The revered Suzuka track is the only figure-of-eight circuit on the calendar and is among the favourites of the Formula 1 drivers courtesy of its frenetic layout, featuring the fast Esses section, the tricky narrow-apex Degner Curves, and the long-radius Spoon corner. It has been largely unchanged since its construction in 1963. The narrow track width, limited run-off and spate of inter-linking sections means it is regarded as the ultimate test of man and machine. Drivers need confidence in the handling and stability of their respective cars while it is the litmus test of downforce and aerodynamic efficiency.

The aerodynamic maestros - Red Bull - claimed four wins in the V8 era, while in the hybrid phase Mercedes has asserted a stranglehold on the event. The Silver Arrows have taken five wins on the bounce, with Lewis Hamilton victorious on four occasions, but could it face a renewed threat from Red Bull this season? The team now with a Honda power unit, which has shown impressive performance growth over the last 12months has helped power a maturing Max Verstappen to victory in Austria and Germany and ended the marque’s 13-year wait to return to the top step of the podium. Could Honda, on home soil, at the circuit that it owns, takes an emphatic victory in front of an adoring home crowd?

The Japanese fans get behind their own and are among the most devoted spectators at any grand prix. The locals line the road to the circuit for a chance at glimpsing their heroes, fill the grandstands as early as Thursday, and sit in honourable silence late into the evening to give motivation to the mechanics tinkering on the cars in the garage. In terms of attire they are unbeatable. The throng of supporters don home-made hats, handcrafted shirts and other assorted gear, with some even coming dressed in full replica race suits! No doubt Suzuka will erupt if a Honda-powered car wins the race. 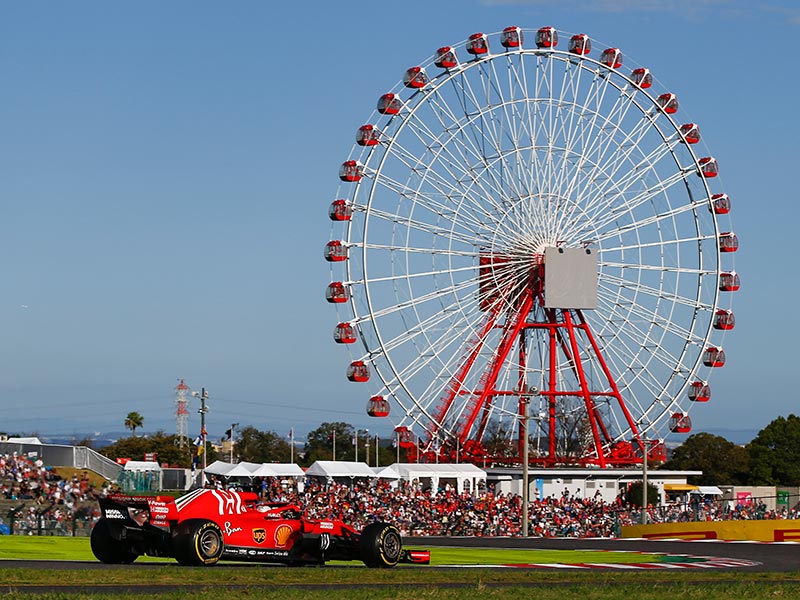 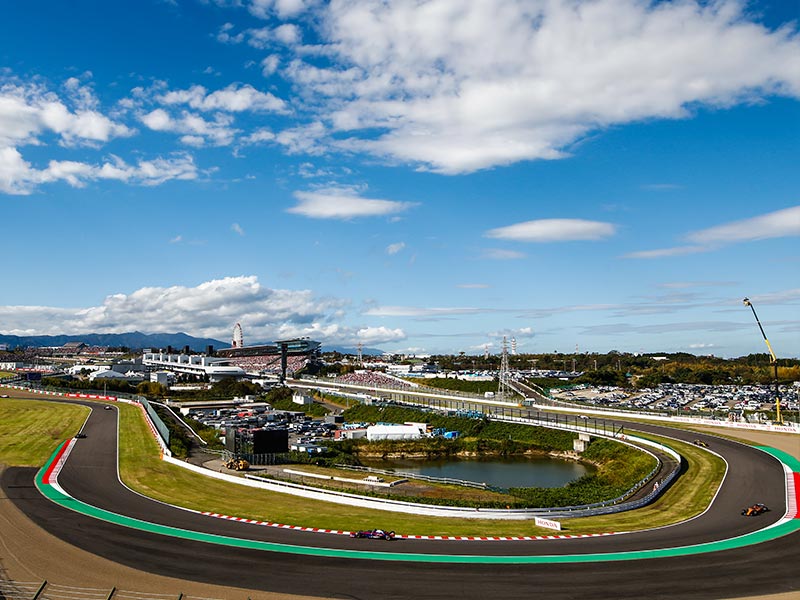 Mercedes and Red Bull have largely shared the spoils in 2019, albeit with Leclerc’s two recent wins in Spa and Monza, its finely balanced. While Ferrari’s SF90 powered is undenied, it’s unlikely to be suited to the downforce-focused track. Nonetheless, Ferrari has taken seven wins in Japan – second only to McLaren – and will surely be in the mix for the leading places.

It is one of the standout circuits on the Formula 1 calendar, produces a scintillating spectacle, and is located in a country that must be near the top of anyone’s bucket list. You won’t want to miss the 2019 running of the Japanese Grand Prix. With only weeks to go, Motorsport Live still has availability of all Japanese F1 ticket and hospitality options. To buy and see the options then please click here to buy Formula1 tickets today.