A round up of our activities at Autosport International

The National Exhibition Centre set the scene for fantastic Autosport International 2019, and we at Motorsport Live were delighted to have our official brand launch at the show. This annual pre-season event covers all areas of motorsport, both professional and grass roots, from karting right up to Formula One. Featuring the very latest in motorsport, automotive and performance engineering technology, alongside cars and exhibitors from every level of motor racing. 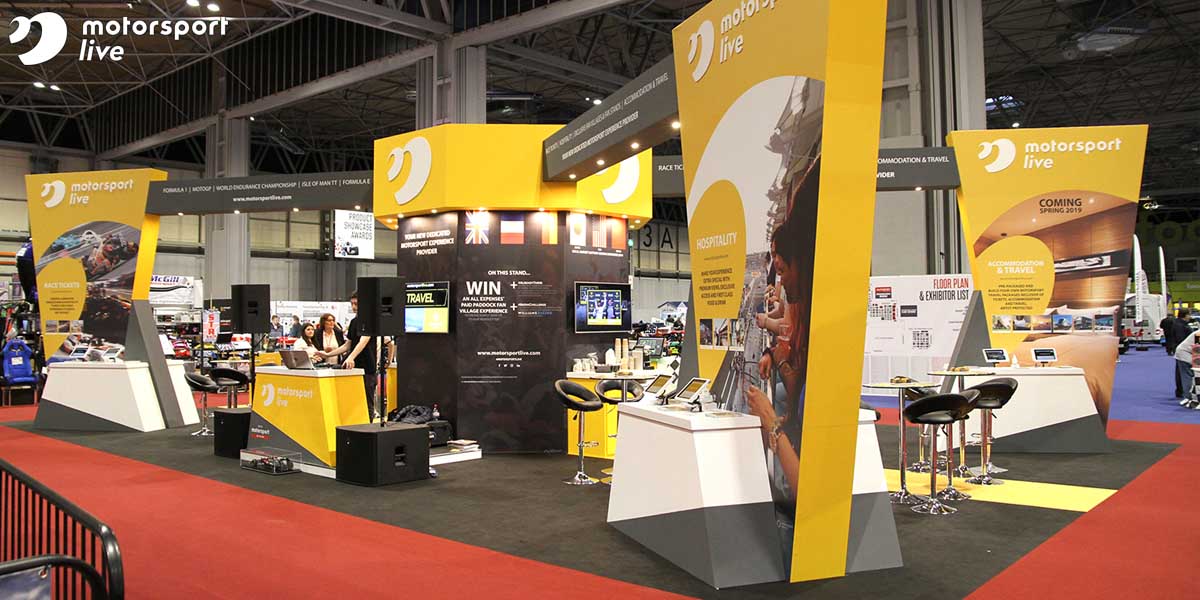 Our Batak Challenge was a popular event on the stand. Used by professional drivers to improve their reaction times, players had 30 seconds to press as many buttons as they can. The highest score at the end of the show won a Williams Race Day experience for two at the team headquarters in Grove, Oxfordshire. The winner of this event was Liam, who scored 65, at 2.2 buttons pressed per second!

Fans also had the chance to be whisked away and join their favourite driver on the podium of their imagination, through our green screen wall and on-stand photographer. Once your photo had been taken (complete with your chosen props!), the you could choose your race background and add drivers / riders to the image. 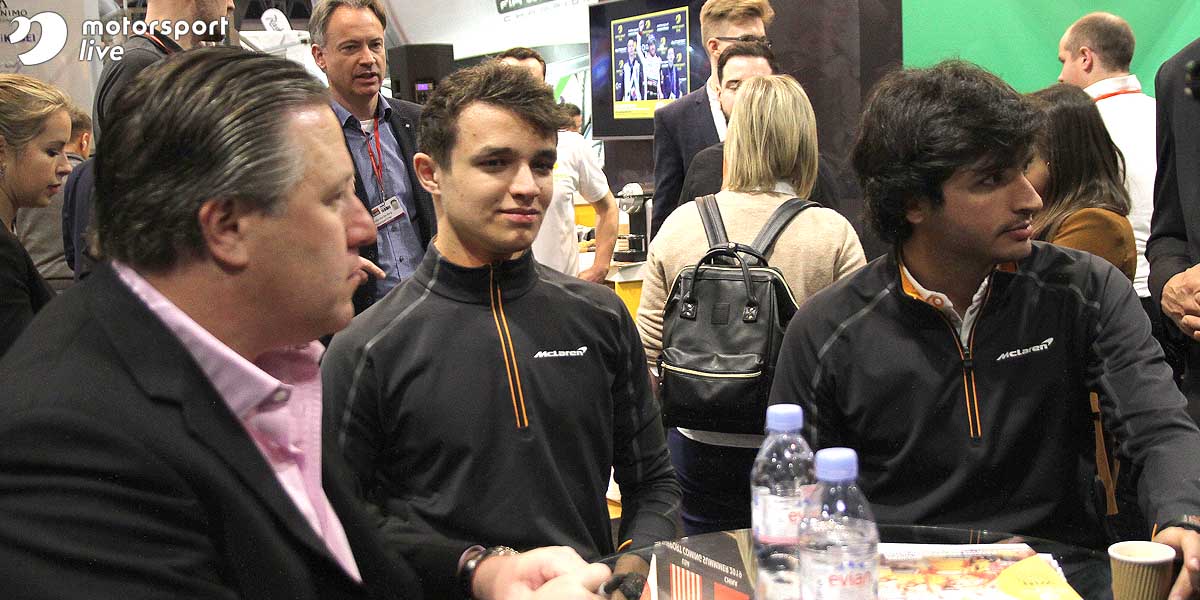 On Saturday morning, we were excited to be joined by McLaren drivers Carlos Sainz and Lando Norris, and McLaren CEO Zak Brown. They had a tour of the stand, followed by an impromptu autograph session for fans. Later on, the Aston DJ Society took to the stand, who dropped some tracks for us, bringing the atmosphere of our exclusive Fan Village products! 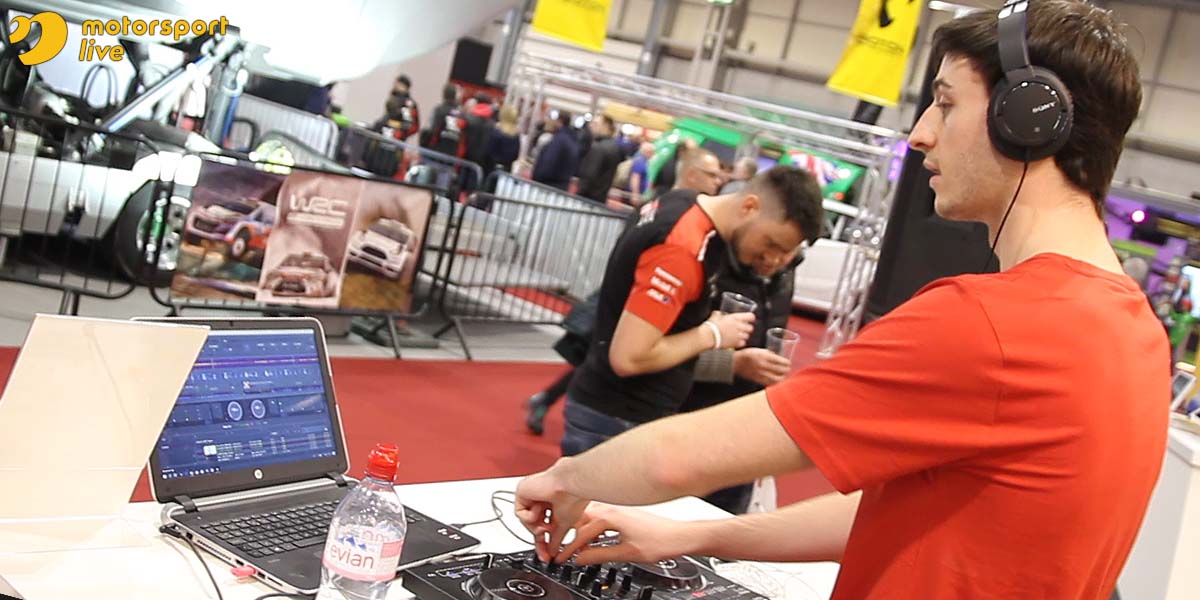 Freelance illustrator Chris Rathbone took a seat on the stand over the weekend, working on a special commission for us. Attendees were able to watch him draw live, and chat about his work. Chris is synonymous with sports, having worked on projects for Red Bull Racing, Formula E, and the NBA. He also has created personal commissions for Lewis Hamilton and Daniel Ricciardo. 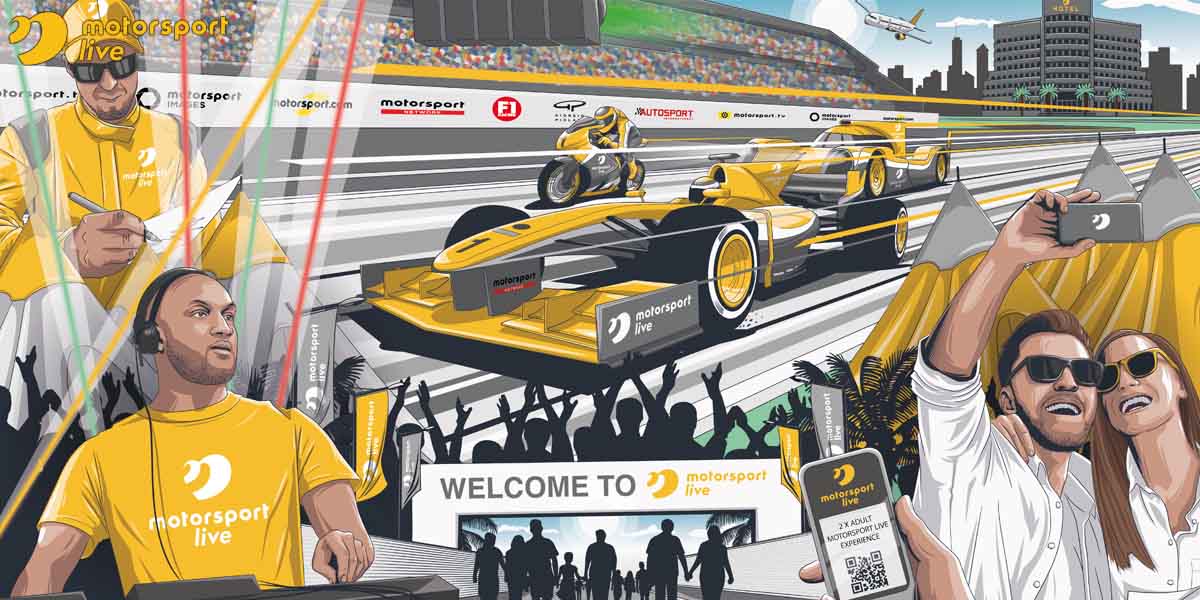 Across the NEC, thousands of exhibitors filled the halls with the most prestigious road and racing cars. F1 Racing had a car from each Formula 1 team on display, whilst in the Performance & Tuning Car hall, you could see everything from the new McLaren Senna sportscar, to the luxurious hypercars of the elite.

We would like to thank everyone who joined us over the event for our launch. Our launch would not have been so special without you.