Everyone knows that in motorsport breaking a rule can lead to receiving a penalty, but at what point does this become detrimental to the event? Motorsport Live takes a look through the types of penalties that can be dished out, and some exciting instances of this happening in the past.

As in any drama, sometimes the driver with the most dedicated fans isn't the week-on-week winner, but the anti-hero. The Max Verstappen's and Andrea Iannone's of this world bring excitement and unpredictability to their respective events with daring overtaking moves, the exchange of paint, and taking liberties with the track limits. No bad deed goes unpunished, and the Stewards have a raft of penalties available to them ranging from a ticking off, a time penalty, a drive through penalty, and even exclusion from an event outright. 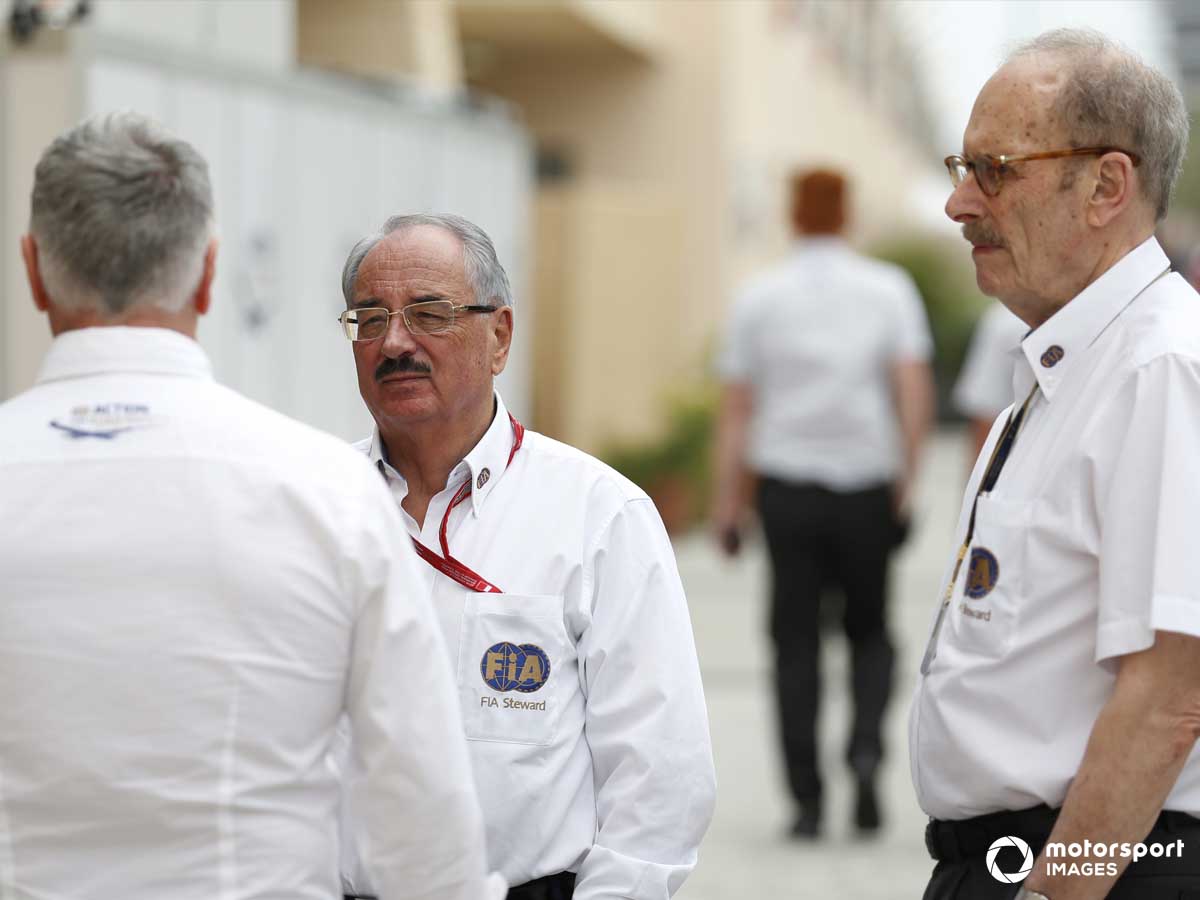 Formula 1 has made many a contentious decision in the past, and is in the spotlight of constant scrutiny from fans and competitors alike. Decisions had been unreliable, inconsistent, and sometimes completely unjust. Former Scuderia Team Principle Jean Todt was elected President of the FIA in 2009 and has since worked hard to offer more consistency and fairness in F1. The introduction of consistent Steward panels made up of FIA Stewards and one former f1 driver has cleaned up the consistency of the sport. Additionally, the FIA have shown the ability to be reactive and change in the face of adversity, and not just cling to a rulebook screaming their judgement.

A great example of this occurred this season. In an incident at the Canadian Grand Prix this year, Sebastian Vettel was judged to have forced Lewis Hamilton off track whilst re-joining the circuit and received a five second post-race penalty, giving the win to Hamilton and demoting him the second. This proved unpopular with fans and competitors alike, so over the summer break the FIA approached teams about reintroducing the black and white flag, to which all agreed. The black and white flag is the motorsport equivalent of footballs' yellow card, and acts as a final warning to a competitor that they have broken a rule. Any repeat incident would result in a black flag, disqualifying the competitor from the event. Sure enough, at the Italian Formula 1 Grand Prix it was judged that Charles Leclerc did not give Hamilton enough room whilst defending his position and forcing him off track in a similar situation. Stewards showed the flag to Leclerc, warning him against this behaviour, but not interrupting the spectacle. Leclerc held off Hamilton to win the race in front of an adoring Tifosi, and the integrity of the race was not in question as it was in Canada. I really think this was a win for Formula 1.

Other penalties can still be given, mostly based around adding to the race time. For most events, this is the simple addition of 5/10 seconds to the final race time, which can potentially send people down the finishing order. Sometimes, this can be enforced during the race with a drive-through or stop-go penalty, which further inconveniences the driver with the time taken in the pits too. Teams cannot touch the car during the penalty, so there is no silver lining in these circumstances.

Penalties can be given for a variety of reasons including impeding, hitting, or disadvantaging an opponent, or disrespecting the limits of the circuit (which can be viewed as either gaining an advantage, or unsafely re-joining the circuit). The Italian Grand Prix this year was a good example of this. When Vettel spun off the circuit after losing control in the Ascari chicane, he didn't check if the track was clear and pulled straight out on Lance Stroll, who spun off taking avoiding action. Ironically, the frustrated Stroll only went on to repeat the same mistake. Vettel was given a 10-second stop go penalty, and Stroll a drive-through as the Stewards sympathised with him for being forced off in the first place. Vettel also received three points on his licence. Any driver receiving twelve points over a twelve-month period will instantly receive a one race ban from the next event. 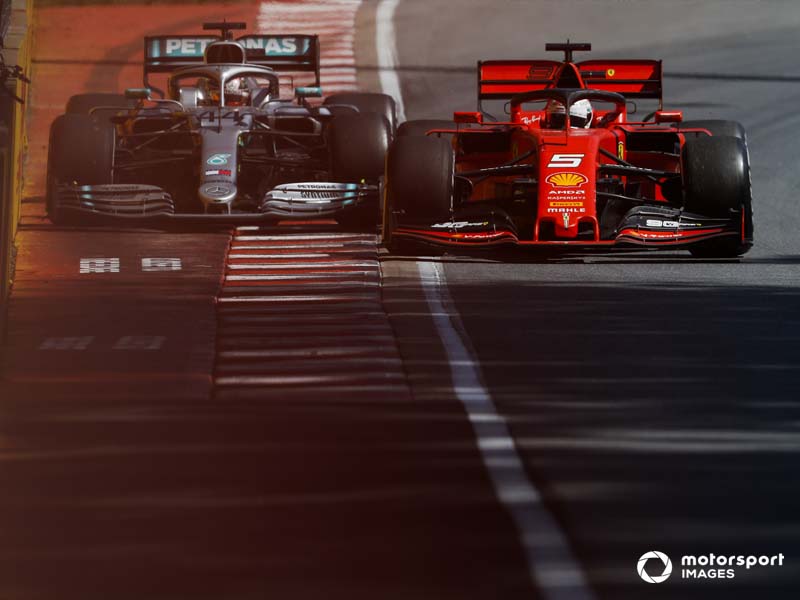 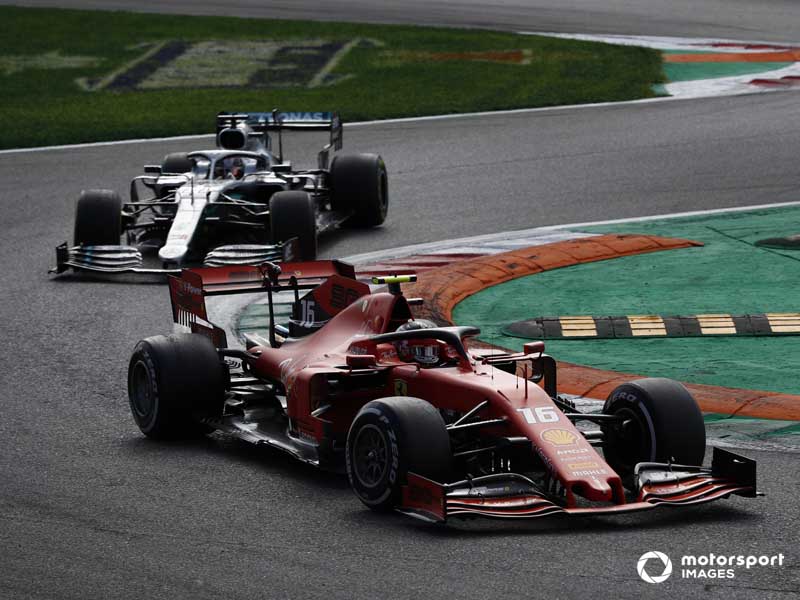 The day of dictators is certainly in the past. Todt has proven himself much more of a relaxed leader than polarising characters such as Max Mosley and Jean-Marie Balestre. The former was made famous by his autocratic approach, lecturing drivers that he was the rule, and even influencing the results of races when he saw fit. Any fan of age remembers Balestre's influence in robbing Ayrton Senna of both a race win and a World Championship at the 1989 Japanese Grand Prix. Senna was facing down rival and teammate Alain Prost in Suzuka, and when Prost turned into Senna to prevent him taking the lead of the race. Senna was able to re-join the track (via the only safe way possible) and win the race. As the chequered flag fell, Balestre intervened with Prost and the Stewards, tenuously claiming that Senna must be disqualified for not completing full distance because of the metres of the track missed by driving through the runoff area. Racing is better without this kind of interference, which was entirely political at the time.

There are still Japanese Grand Prix 2019 tickets and hospitality options available. Say you were there and book with Motorsport Live. 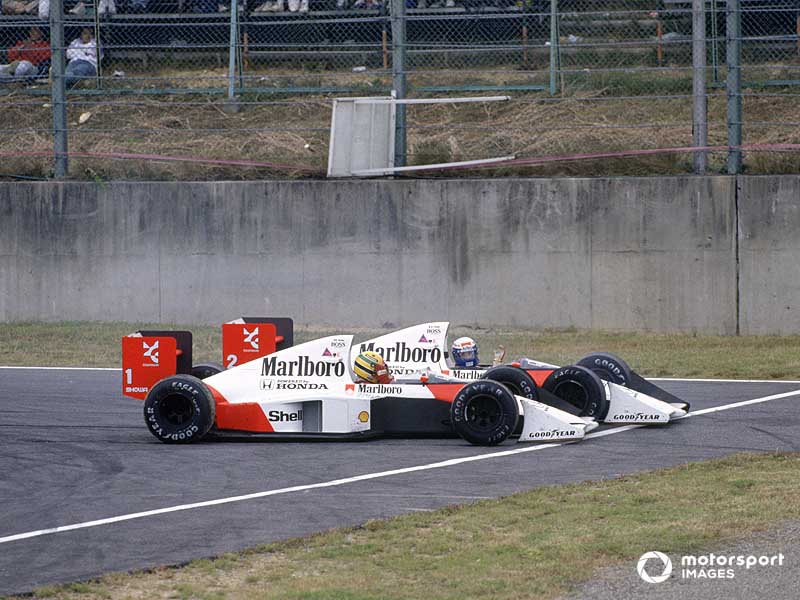 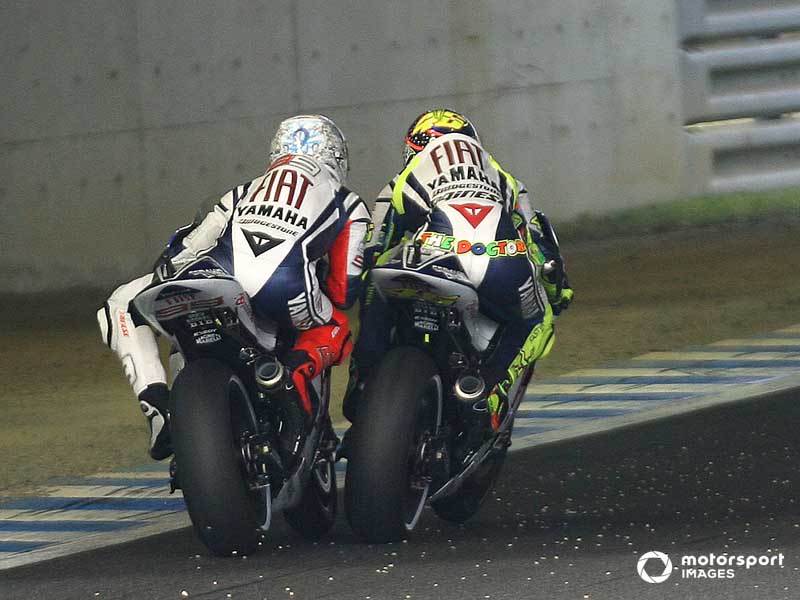 An interesting alternative penalty type introduced this year has come from MotoGP. On top of the usual tools at the Stewards disposal, they now have introduced a Joker Lap. This interesting approach to penalties is essentially replacing the ride through by having an alternative sector of the circuit to drive through that is longer than the regular lap. This punishes the rider, but doesn't detract from the spectacle of the race. The idea is borrowed from Rallycross, when they have a six lap race, but one lap (of the drivers' choice) must be the longer lap. Great job MotoGP! This is yet to be implemented under race conditions, however this will help prevent instances such as in Argentina in 2018, when Marc Marquez was charging recklessly through the field and caused an accident with Valentino Rossi. Whilst fans don't agree whether the penalty was too hard or too soft, allowing a longer lap would have kept him on the pace whilst he made his bid for a win from the back of the grid.

Why not make your way to the beautiful spa resorts of Termas de Rio Hondo? Tickets are available for the Argentine MotoGP 2020, and you can be part of the annually sold-out crowd with Motorsport Live.

Penalties aren't just limited to drivers or riders, and are often given out to teams. With rules around the design and fuel of cars, and the tight regulations around the life-span of engine parts and gearboxes, we more frequently see them given out when a team runs out of parts. In fact, with each car only allowed three engines a year, teams even plan when to take the punishment long before the race they actually serve the penalty. This type of infraction is punished with a grid penalty of three to five spaces, meaning if the car qualifies on pole, it will actually start from fourth or sixth. This is by part too, so you could take three penalties at one race!

This isn't the only time that teams get penalised though. In the event that something happens that is beyond the reach of the Stewards, the FIA can appoint investigators and even bring teams in front of the World Motor Sport Council. Previous times that this happened include "Spygate" back in 2007, when it was revealed that Nigel Stepney at Ferrari had been passing design information on to McLaren. The ramifications were devastating, disqualifying McLaren from the Championship and fining them $100m. The team also had to provide their 2008 designs to the FIA to rule out the use of these designs in their car, but this was cleared, and Lewis Hamilton went on to win the World Championship that year. 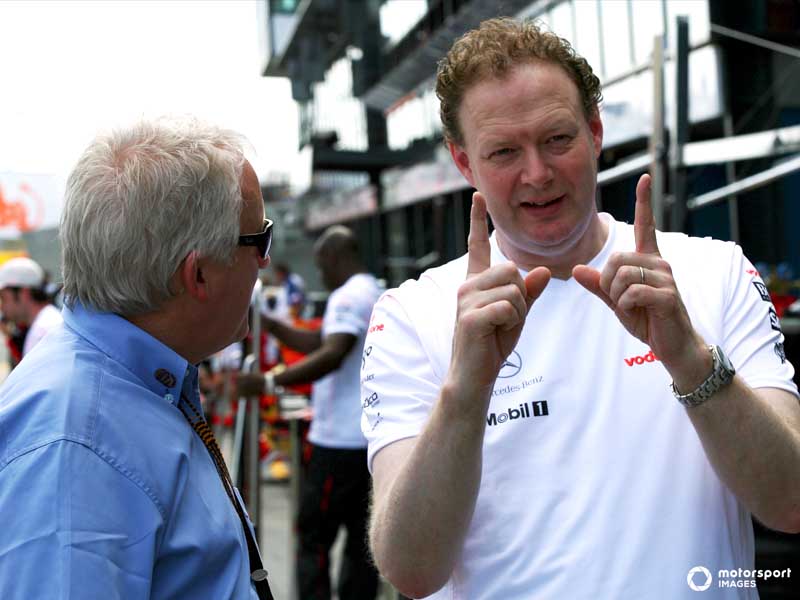 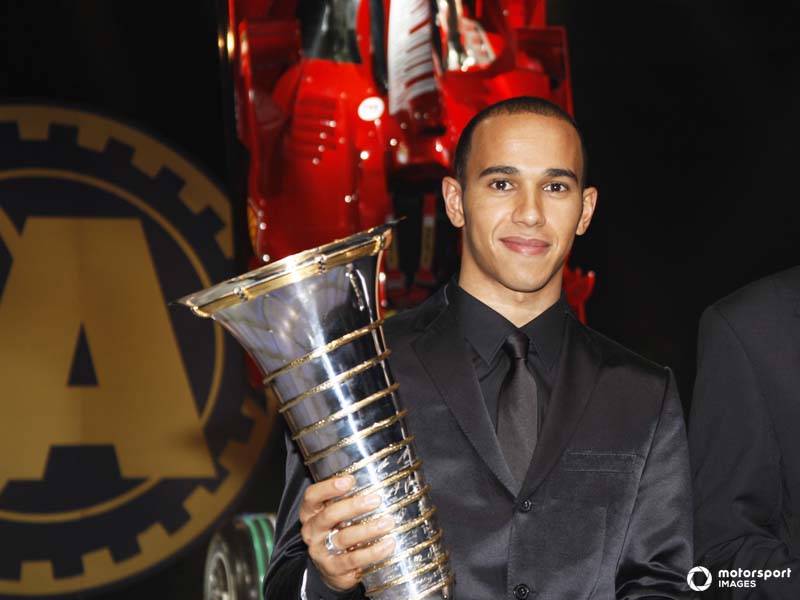 In 2009 the World Motor Sport Council were called to action again, when it was revealed the Nelson Piquet Jr had been told to intentionally crash at the 2008 Singapore Grand Prix, handing a win to his teammate Fernando Alonso. Renault F1 did not contest the charges, and were disqualified from Formula 1 entirely, suspended for two years should any other cheating come to light over that period. Team Manager Flavio Briatore and director of engineering Pat Symmonds were both banned from the sport, though these bans were later overturned in the French legal system. It was a heavy time for Formula 1, but this incident is not just about false results, it also involves the safety of the driver involved and anyone around them. It's understandable that the team's title sponsor ING left shortly after the verdict.

Rules and penalties remain an important part of sport, but it's important to remember that there is a fine line between punishing an errant driver and punishing the result. We love our sport because we love seeing our favourite races on the very limit, and I agree that pushing the boundaries of these rules are punishable offences. However, the punishment needs to fit the crime, and punish the driver and or team - not the sponsors, investors, and most of all - the fans. By all means, if a racer drives into the side of another intentionally or cuts a corner on the track to gain an advantage; punish them. If they rub paint because they are on the knives edge, let them race!