Five of the best tracks for Mercedes - bookf1.com
Please wait...

FIVE OF THE BEST TRACKS FOR MERCEDES

Mercedes has emerged as the ones to beat in Formula 1’s hybrid era with an unprecedented hit rate of championships, wins and podiums. But where has Mercedes been particularly outstanding? Motorsport Live takes a look at the five of the best tracks for the manufacturer.

Formula 1 kicks off its season at the Australian Grand Prix in Melbourne and in four of the last six years it has been Mercedes that have started the party Down Under in style. In the hybrid era Mercedes controlled proceedings around the Albert Park Street Circuit, and having had to settle for second-best in 2017 and 2018, it hit back in style this year. Valtteri Bottas seized the initiative off the line and dominated to win by 20 seconds, while Lewis Hamilton finished as runner-up for the fourth year in succession off the back of his sixth straight Melbourne pole position. The Silver Arrows have not yet been beaten across one lap at Albert Park throughout the history of the hybrid era. 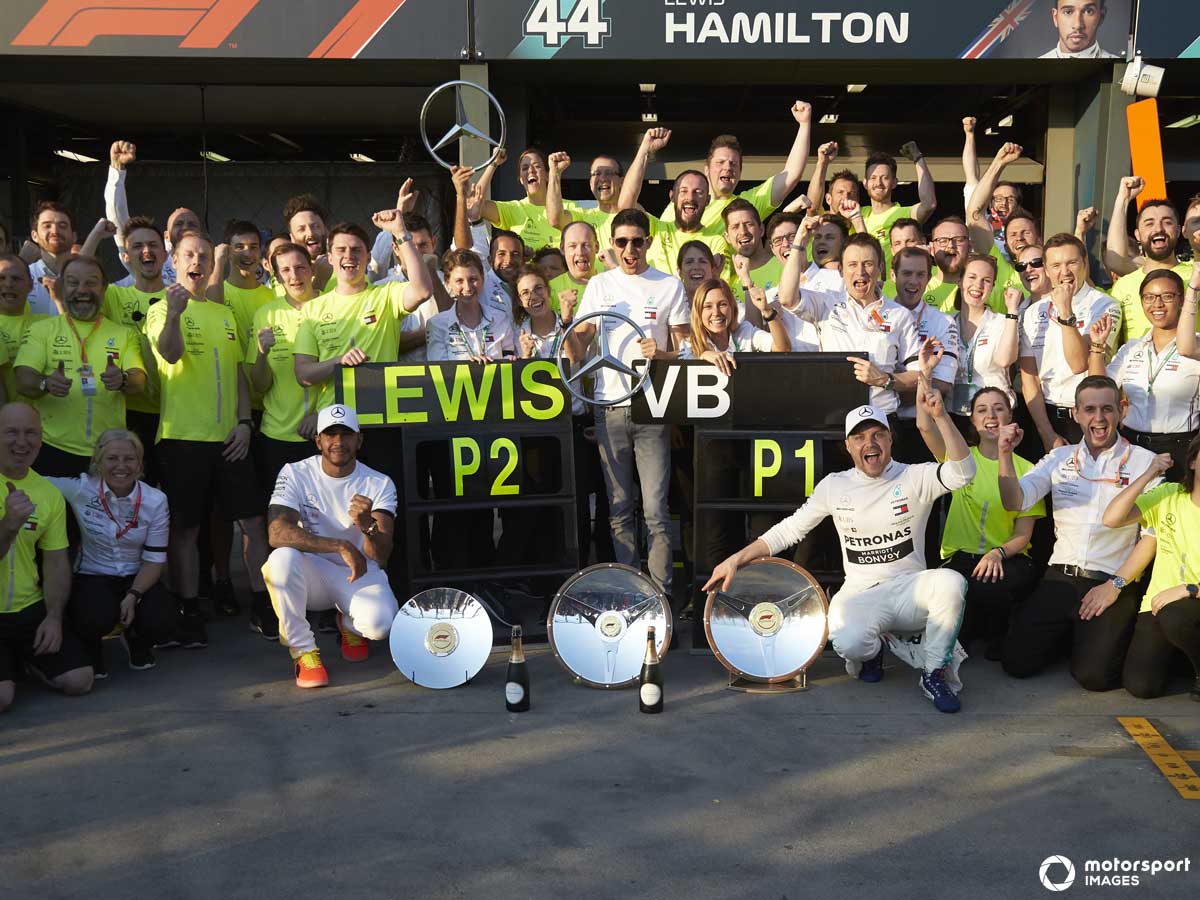 All ticket and hospitality options for the Australian 2020 Grand Prix are now on sale. To buy and see the options then please click here to buy Formula1 tickets today.

Formula 1's traditional pre-season test venue has been a happy hunting ground for Mercedes in the hybrid era, albeit with its most memorable moment there probably coming for all the wrong reasons! Mercedes has typically held the standout package around the Circuit de Barcelona-Catalunya, which places a strong emphasis on overall downforce, aerodynamic efficiency, as well as power unit prowess. Mercedes romped to victory in 2014, 2015, 2017, 2018 and 2019, making it five wins from six (including four one-two finishes), with Lewis Hamilton triumphant on four occasions. A scintillating 2017 scrap with Sebastian Vettel was settled in his favour while for the last two years he has been ruthlessly efficient to greet the chequered flag comfortably in the lead. But what of the missing trophy in its collection? That is down to the infamous first-lap 2016 clash between Hamilton and Nico Rosberg, as the souring relationship between the Mercedes drivers boiled over, leaving their pair of dominant W07s in a heap in the gravel trap. 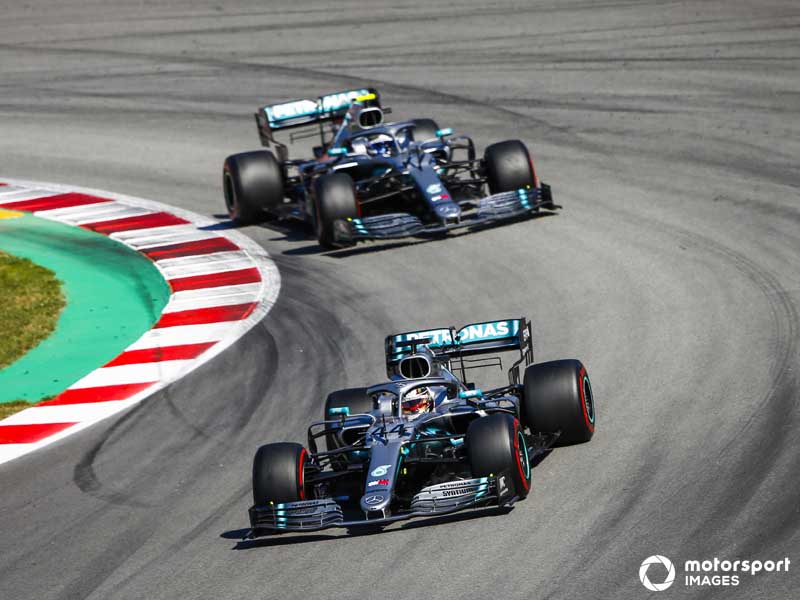 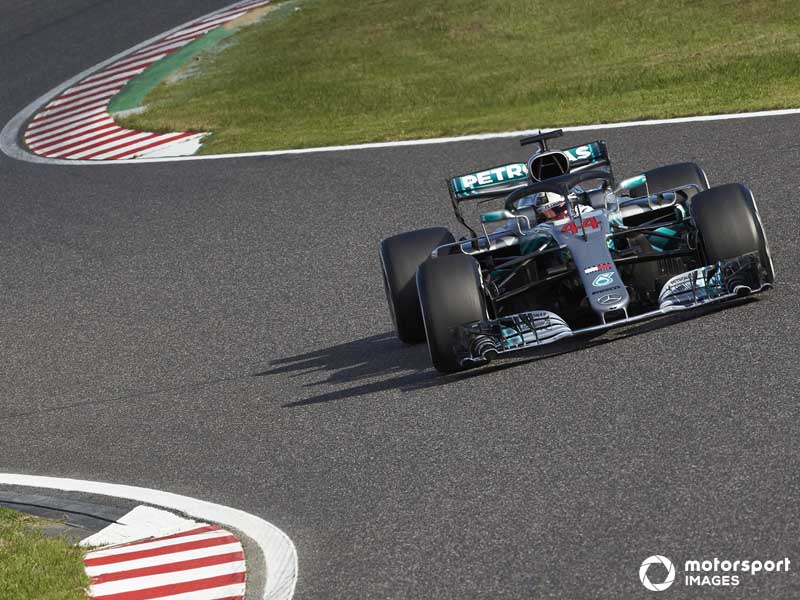 After early disappointment that Barcelona would drop off the calendar for 2020, subsequent discussions and a extension of funding support lead to the race returning for the 2020 calendar. All ticket and hospitality options for the Spanish 2020 Grand Prix are now on sale. To buy and see the options then please click here to buy Formula1 tickets today.

The sweeping curves of Suzuka that form Formula 1's only figure-of-eight circuit has been ruled by Mercedes throughout the hybrid era. The team has taken five straight pole positions and five successive victories, four of which have been emphatic 1-2 finishes in front of the passionate Japanese spectators. Lewis Hamilton passed Nico Rosberg for the win in the rain-shortened 2014 race and added another victory 12 months later, before Rosberg turned the tables in 2016. It proved to be Rosberg's last win in Formula 1 before he walked away upon wrapping up that year's World Championship. Hamilton kept Max Verstappen at bay in 2017 while last year he stormed to a pole/win double, setting a new track record in the process, as he captured a victory that all but sealed the world title.

Motorsport Live still has a full range of Japanese F1 ticket and hospitality options available. To buy and see the options then please click here to buy Formula 1 tickets today.

Formula 1 has only been visiting Russia since 2014 but Mercedes has seven wins at the country's grand prix. Why? Well back in 1913 and 1914 Benz triumphed at the Russian Grands Prix that were held around the roads of St. Petersburg, long before the establishment of the Formula 1 World Championship. It would be another century before the Russian Grand Prix was established and since it rolled into Sochi in 2014 Mercedes has ruled the roost. Hamilton claimed the honours in 2014, a win that sealed the team's first Constructors' Championship, and added further success in 2015 and 2018. In 2016 it was Rosberg who took home the main trophy, and one year later his replacement at Mercedes - Valtteri Bottas - soaked up the pressure from behind to take his maiden Formula 1 victory.

Motorsport Live still has a full range of Russian F1 ticket and hospitality options available. To buy and see the options then please click here to buy Formula 1 tickets today. 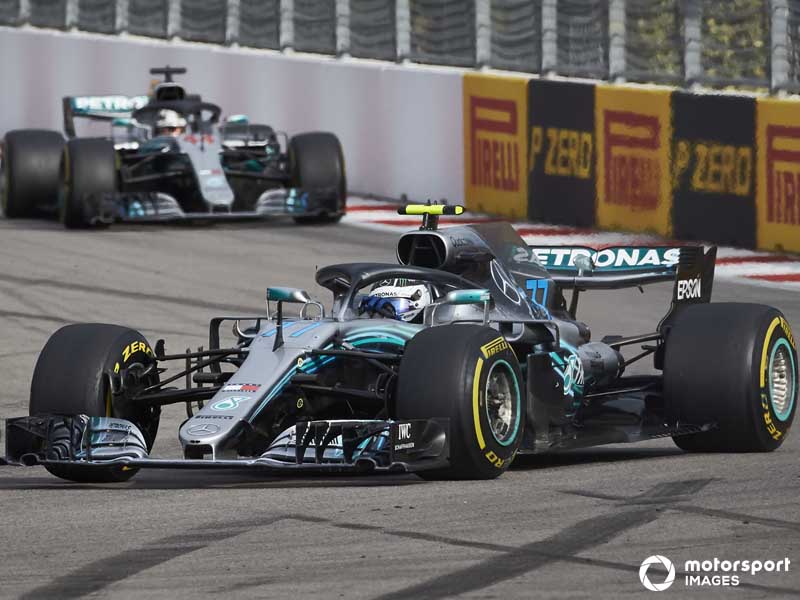 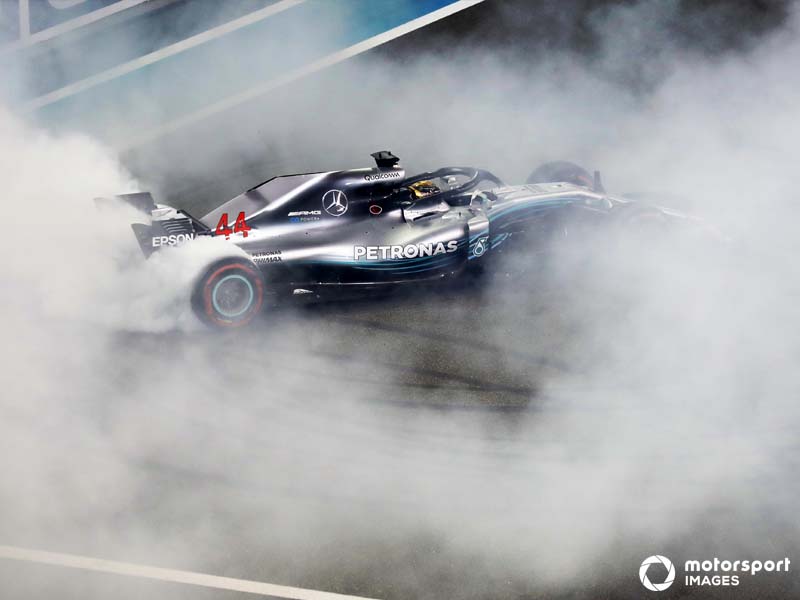 Abu Dhabi's Yas Marina Circuit has been the scene of Formula 1's season finale for several years - and on each occasion it has been the Silver Arrows that have sparkled in the twilight races. In the hybrid era Mercedes has locked out the front-row of the grid on each occasion, with its various machines holding substantial one-lap pace at the circuit, which features long straights and a sequence of low- and medium-speed complexes. Lewis Hamilton triumphed in 2014 - clinching the title with victory - while one year later Nico Rosberg capped the campaign on a high. Rosberg had to play second fiddle to Hamilton during a tense denouement to the 2016 race and season, but his runner-up spot was sufficient for him to secure the world title. Valtteri Bottas saw out his first year with Mercedes on the top step of the podium in 2017 while last year it was Hamilton who surged to victory, finishing his fifth title-winning season in imperious fashion. And you can still be part of the action this year with Motorsport Live - check out our range of ticket options and hospitality packages for this December's Abu Dhabi Grand Prix.

Motorsport Live has the full range of Abu Dhabi F1 ticket and hospitality options available. To buy and see the options then please click here to buy Formula 1 tickets today.