Sport invokes passion as thousands of fans pledge their support and passion behind their heroes and motorsport it is no different. Some events stir the soul a little more than others, and Motorsport Live takes a look at some of the best atmospheric races on the calendar.

Motor-racing has been taking place at the Autodromo Nazionale Monza for almost a century, and the mere mention of the circuit's name invokes memories of the drivers who have raced on the hallowed tarmac. The parkland setting heightens the feel of the arena - some say that the trees whisper and hold secrets - but ultimately it is the people who enhance the event like no other. 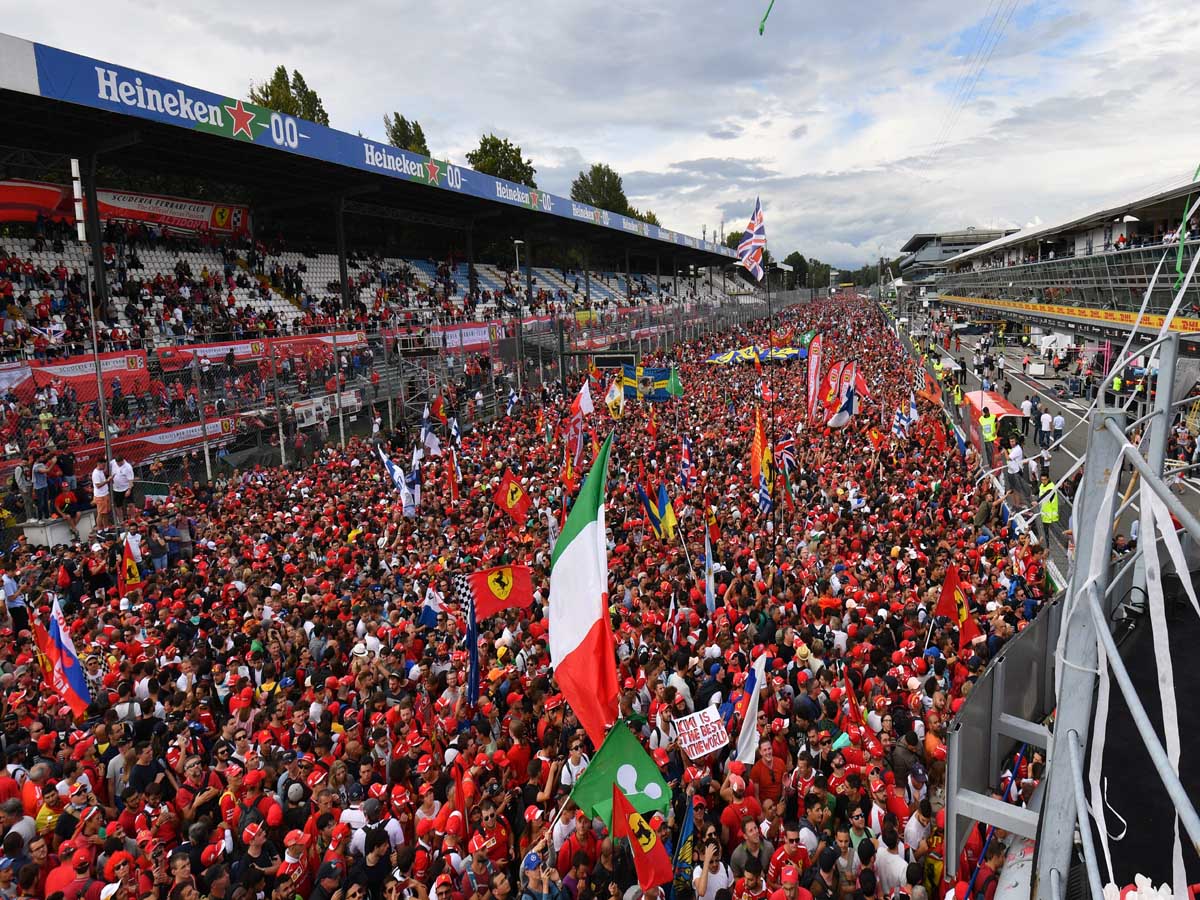 It is the home grand prix for the fabled Ferrari team. The throngs of spectators who adore the Prancing Horse, known as Tifosi, do not merely regard Ferrari as a team to support but an institution bordering on religious. Their adulation is unquestionable from dawn to dusk, as they fill the grandstands and grass banks to cheer on the red cars each lap, while regarding their opponents as the pantomime villains of the piece.

Formula 1 returned to Mexico in 2015 and the championship immediately rekindled its love affair with the circuit, its city and the country. Hundreds of thousands of passionate Mexicans - for whom this is the sole opportunity each year to witness Formula 1 in action - fill the grandstands, the grass banks and any spare space they can find throughout the course of the weekend. 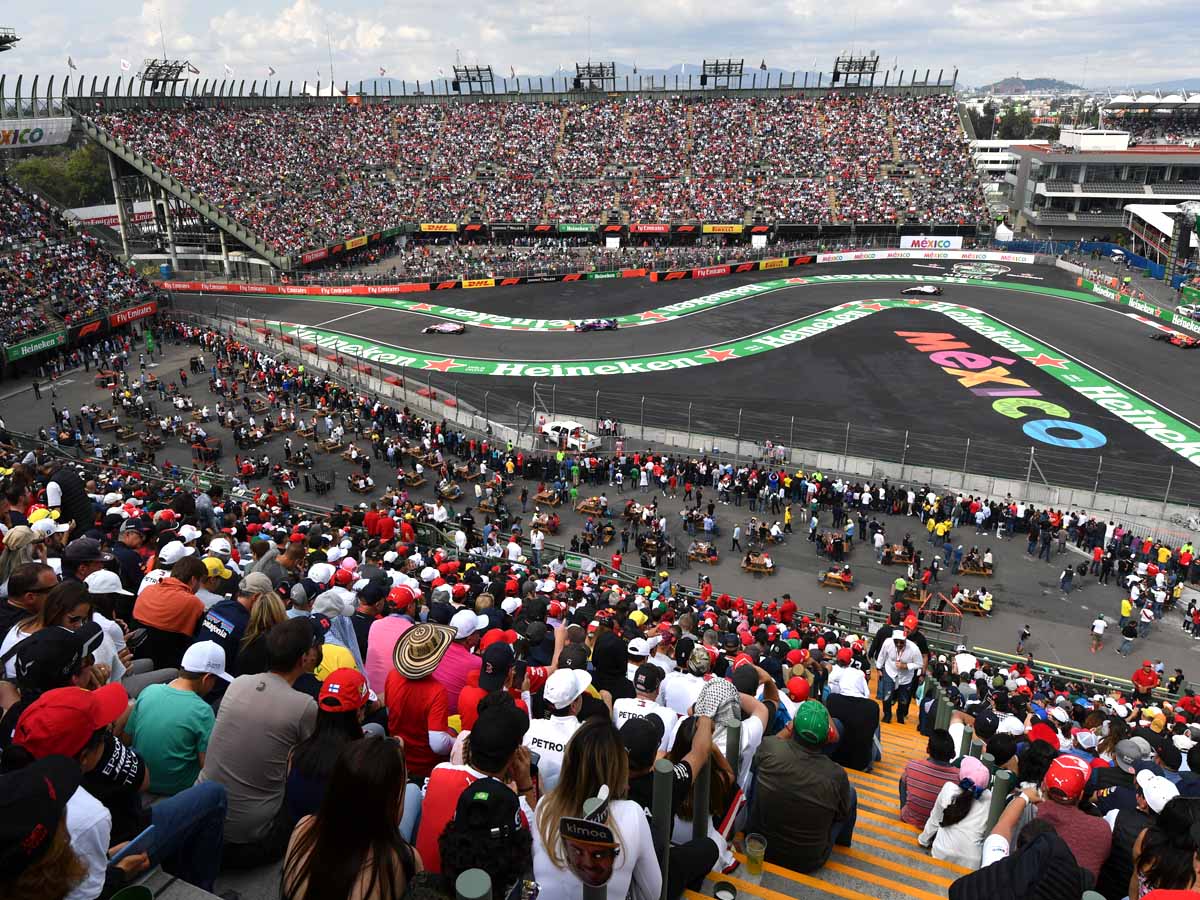 They create a carnival atmosphere, full of vibrant colour, reflecting some of the best attributes of the country as a whole. The highlight of course is the Foro Sol baseball stadium. The three-sided gargantuan structure dominates the skyline around the Autodromo Hermanos Rodriguez and allows up to 30,000 spectators to have a fantastic view of the final sector of the track, and of the podium ceremony, which is undoubtedly one of the best of the season.

The natural peace around the verdant hills of the beautiful Tuscany region is broken each year when the 1000cc engines on MotoGP machinery blasts into life. The undulating high-speed Mugello Circuit has been the home of MotoGP's Italian Grand Prix since 1994 and it is a pilgrimage for bike fans each year, who flock to the circuit to cheer on their heroes. The small villages and towns adjacent to Mugello open their doors to the two-wheeled fraternity but the rural nature of the venue means that it turns into party central throughout the weekend, with a healthy portion of the spectators - fuelled not just by passion, shall we say - staying on site. 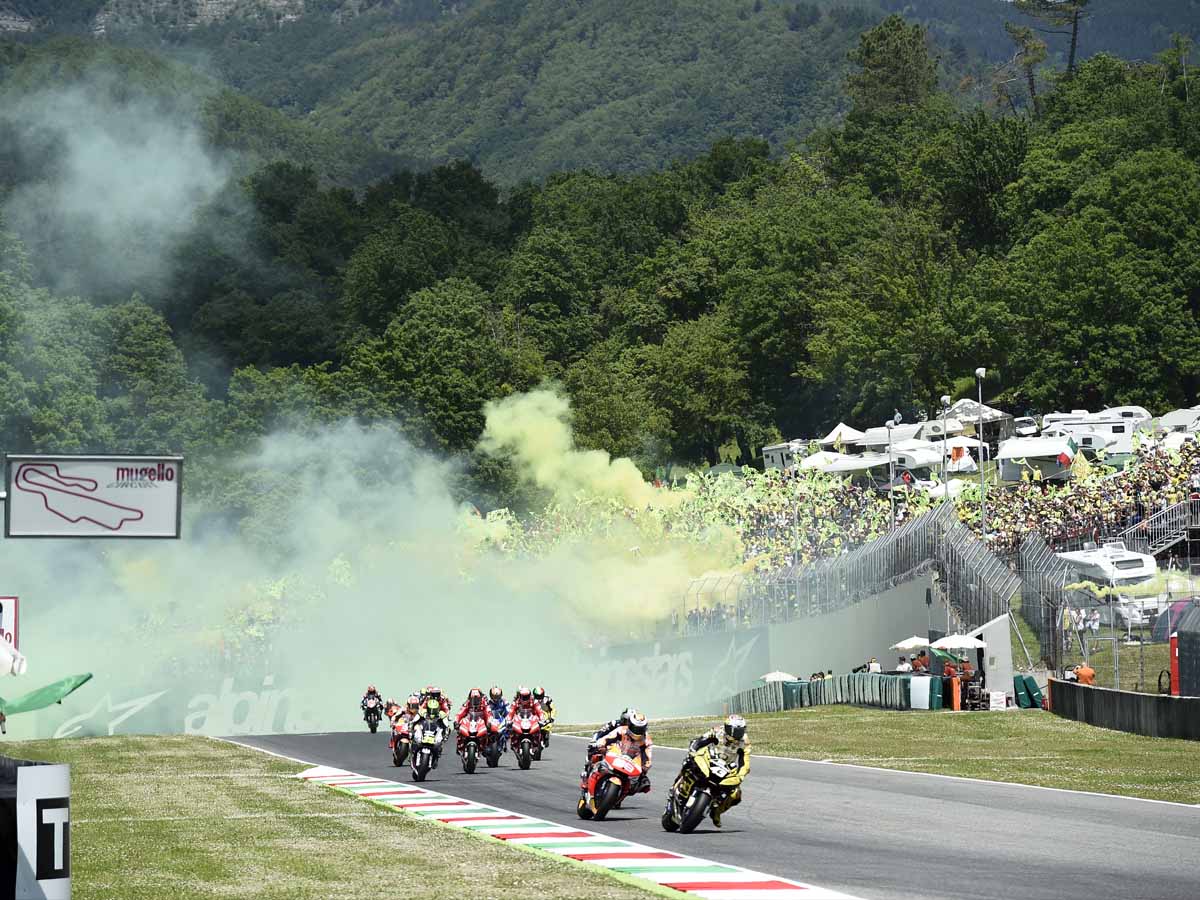 And those locals throw their support between the home heroes: namely the likes of Ducati, Andrea Dovizioso, Danilo Petrucci and of course The Doctor himself - Valentino Rossi. Even on subdued years the fans don the yellow synonymous with the 40-year-old legend, setting of flares and banging drums in support of the nine-time world champion.

Italy's sun-kissed Rimini coast plays host to one of the final European rounds of the campaign with the San Marino Grand Prix taking place in the back yard of the iconic Rossi. It is the ultimate experience for fans of the legendary Yamaha racer, who was born and raised in nearby Tavullia, and who still trains on his world-famous ranch, teaching both himself while schooling the next generation. 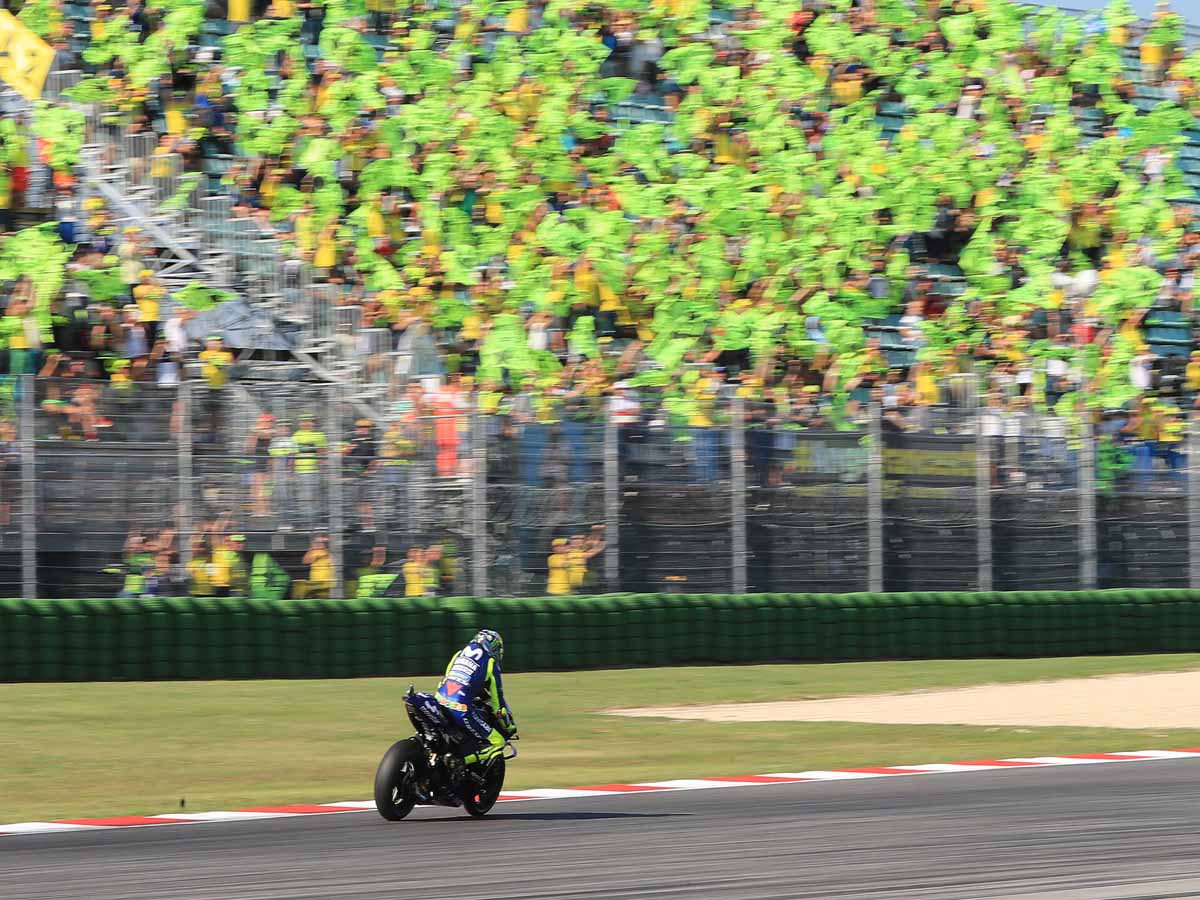 The atmosphere reaches a peak on race day with Ducati and its pair of riders also receive a substantial amount of support. That buoyant mood is also helped by its location, with the Misano circuit - now named after the late Marco Simoncelli - just a stone's throw from the charming town of Rimini, giving the whole event a late summer holiday vibe.

The ultimate pilgrimage for sportscar fans, maybe all motorsport fans, has is without doubt the Circuit de la Sarthe - better known as Le Mans. The 24-hour race is undoubtedly the most famous motorsport event in the world as the best manufacturers and high calibre drivers converge on the eight-mile circuit, racing through the night, watched on by an estimated quarter of a million spectators. 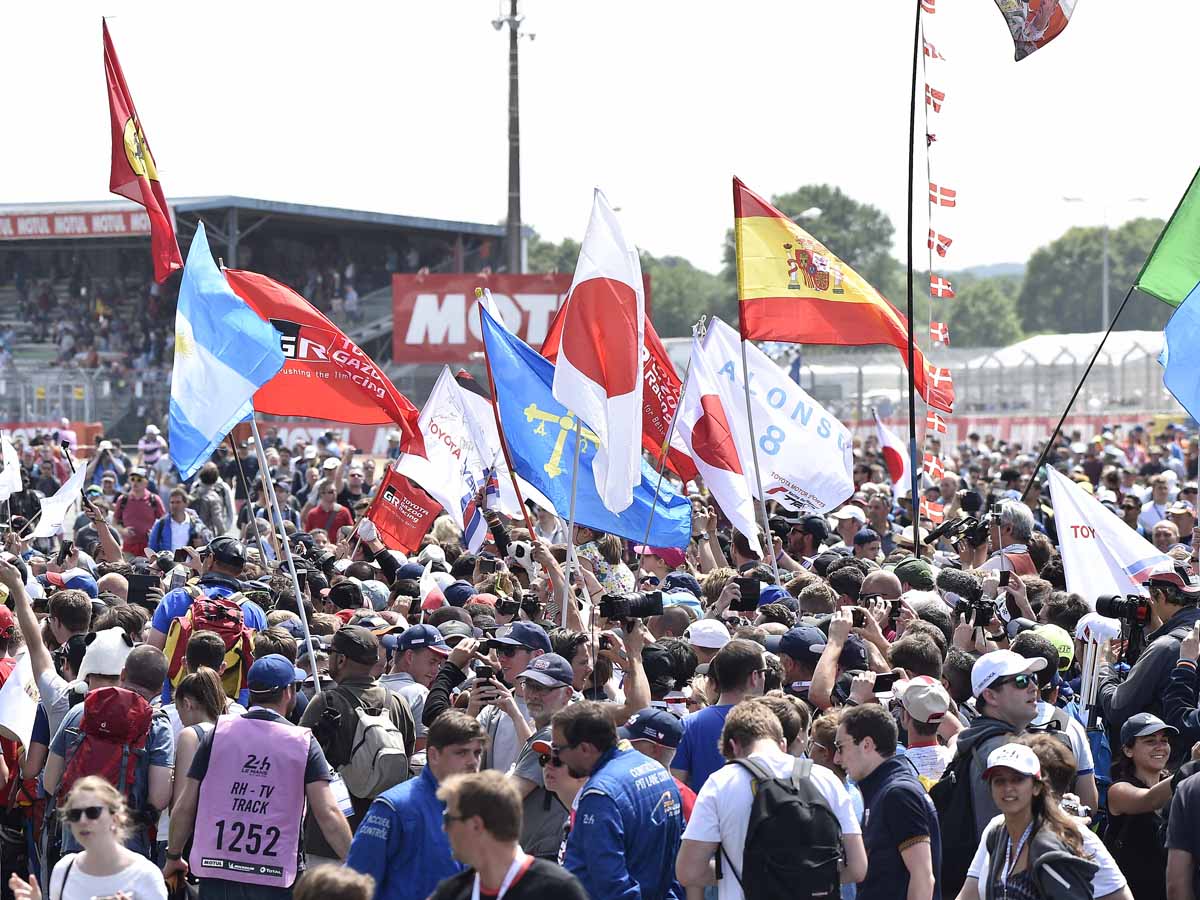 But it's not just about the racing. The event turns into a carnival, with a funfair and other activities, while the build-up takes the teams and drivers to the streets of Le Mans for the traditional parade, attended by the masses. It is an event that dates back almost a century and long may it continue.

To buy and see the options then please click here to buy WEC tickets today.