We take a look at the history of the Australian MotoGP and the tracks that have hosted the event over the years.

Australia has been home to top-level two-wheeled competition for over 100 years and through the century has delivered more than its fair share of thrilling action. Motorsport Live delves into the history books, charts some of the current contenders, and has a look at where might provide the action for 2019.

The inaugural Australian Motorcycle Grand Prix was held in 1914 and the race was irregularly held at a variety of venues until in 1989 it received World Championship status, establishing itself at Eastern Creek in the early 1990s. But it is at its current location that MotoGP has thrived in the country. 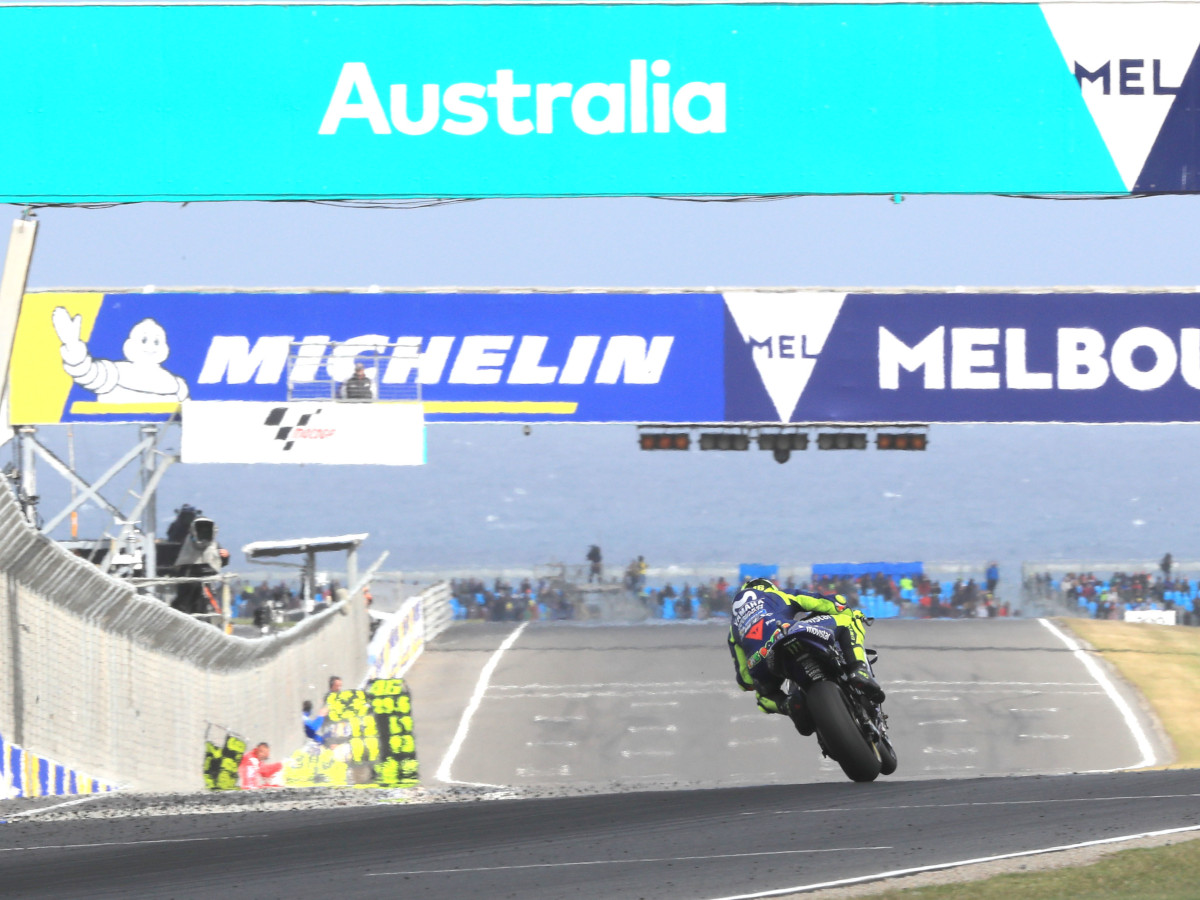 In 1997 MotoGP returned to the fast and flowing Phillip Island circuit, located on the eponymous island that provides a staggering backdrop of one of Australia’s most beautiful coastlines. In the early 2000s ‘The Doctor’ himself – Valentino Rossi – was the rider to beat but he was dethroned by the emergence of a home hero in the form of Casey Stoner.

Having departed his native Australia in his teens to make the UK his base in pursuit of two-wheeled glory, Casey Stoner thrived each time the championship returned to his birthplace. Stoner won six straight premier class races at Phillip Island in the course of his seven-year career, bowing out after his fabulous 2012 triumph, aged just 27, as he turned his back on a sport in which he was one of the standout riders.

No-one since has managed to get a firm grip on Australia’s MotoGP race; in 2015 the miraculous Marc Marquez triumphed in an astonishing race-long four-bike battle for victory that was only settled on a ferocious last lap, with the layout of the circuit equalising the relative strengths and weaknesses of various manufacturers.

It is a race widely regarded by spectators as the best venue in the 70-year history of the World Championship. Marquez doubled up in 2017 but in-between it was Cal Crutchlow’s turn to rule the roost, while last year Maverick Vinales was top gun as he brought his and Yamaha’s lengthy win drought to a thrilling conclusion. 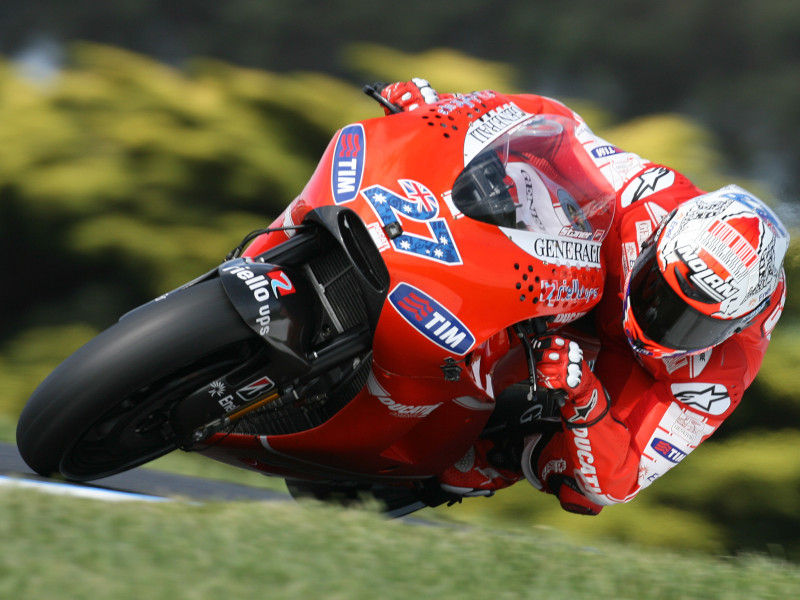 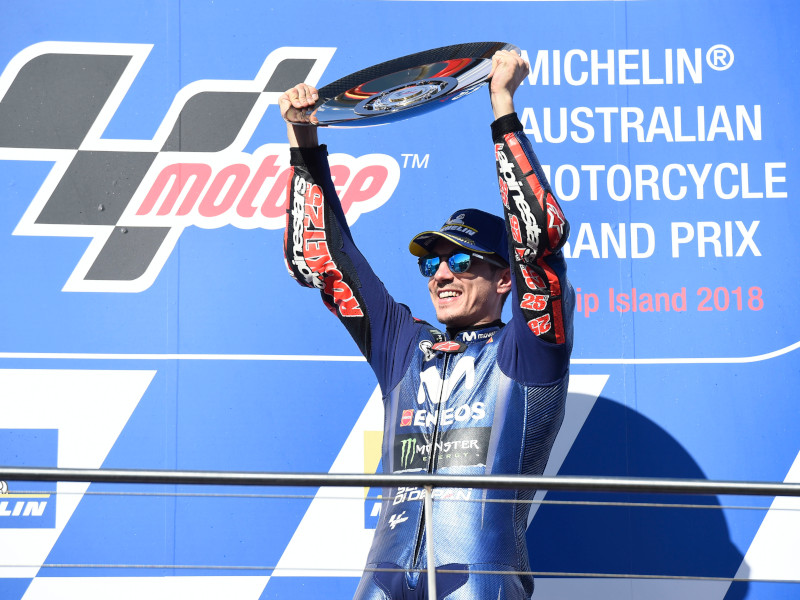 Two-time winner Marquez must be regarded as the favourite as he chases a sixth premier class title in seven years but it won’t be an easy ride for the Repsol Honda ace, whose pursuit of Australian success in 2018 was halted when he was rear-ended by the rapid Johann Zarco, who has since swapped Yamaha leathers for those of KTM. Marquez will have to contend with a threat from the other side of the garage courtesy of three-time World Champion Jorge Lorenzo, who took victory at Phillip Island with the factory Yamaha team in 2013, while incumbents Vinales and Rossi have always gone well at the island venue.

Vinales’ successor at Suzuki, Alex Rins, has been a standout competitor in 2019 and his maiden win at Austin propelled him into the big time. He style is similar to Rossi’s where subdued Saturdays are followed by electric Sundays.

What of Ducati? It’s been something of a bogey circuit for the Italian marque in recent seasons with the long apex medium-speed turns accentuating the Desmosedici’s weakness, but given Andrea Dovizioso’s form and the tenacity of Danilo Petrucci then neither of the factory duo can be ruled out.

Perhaps they won’t be the lead Ducati as home hero Jack Miller has ditched a troublesome satellite Honda for a near-factory Ducati operated by the crack Pramac squad. Miller has already taken a 2019 podium and been involved in lead battles, so can he advance fair in Australia? 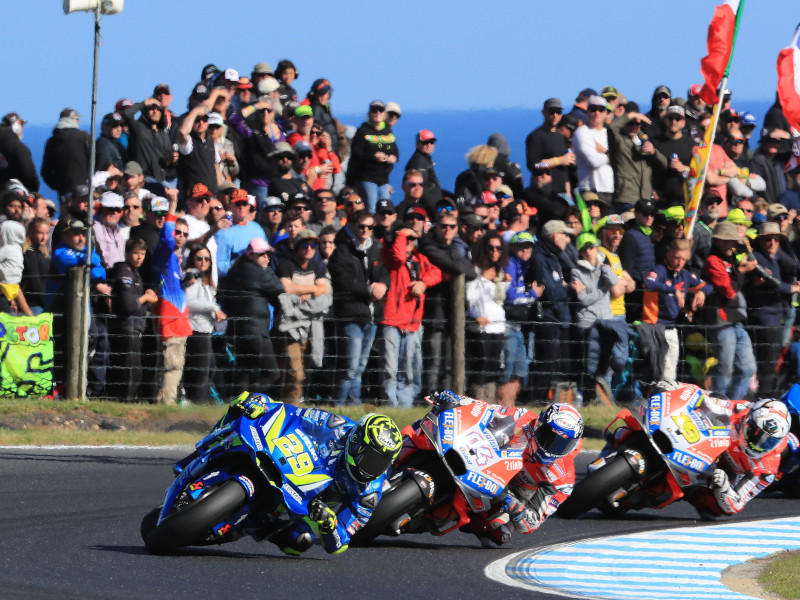 Action can happen anywhere on the short 2.7-mile Phillip Island Circuit, though thrilling slipstreaming battles make the pit straight a favoured vantage point, along with the rapid right-hander at Turn 1.

Another spot for action is the Turn 4 hairpin, the slowest on the circuit, and surely one of the most precarious for riders, with the right-hand bend coming after a long fast left-hander, meaning that side of the tyre has often cooled – and is accentuated by the typically chilly weather conditions the riders encounter come October. It was a spot which caught out champion Marquez in 2016 as he hit the deck in emphatic fashion, with his Honda RC213V clattering through the dirt as his win hopes ended.

MotoGP’s visit to Phillip Island is sure to be a thriller once more this time around and don’t forget that junior categories Moto2 and Moto3 – which had a 15-bike battle to the line in 2018 – also deliver an encapsulating spectacle. You won’t want to miss out. For a full range of ticketing options check out Motorsport Live here.

To book tickets for the Australian MotoGP, please Click here.