MotoGP visits all four corners of the globe and there’s plenty for spectators to soak up at each grand prix. But what are the standout events among a packed list of high-octane action? Motorsport Live takes a look five of the best fan experience grands prix.

The final round of the MotoGP World Championship takes place at Valencia's Ricardo Tormo Circuit each November, with the leading series and its junior categories often featuring a tense title decider. The relatively flat and open circuit packs in a lot into a small surface area and as a consequence the majority of the track is visible from any of the grandstands that surround the venue. 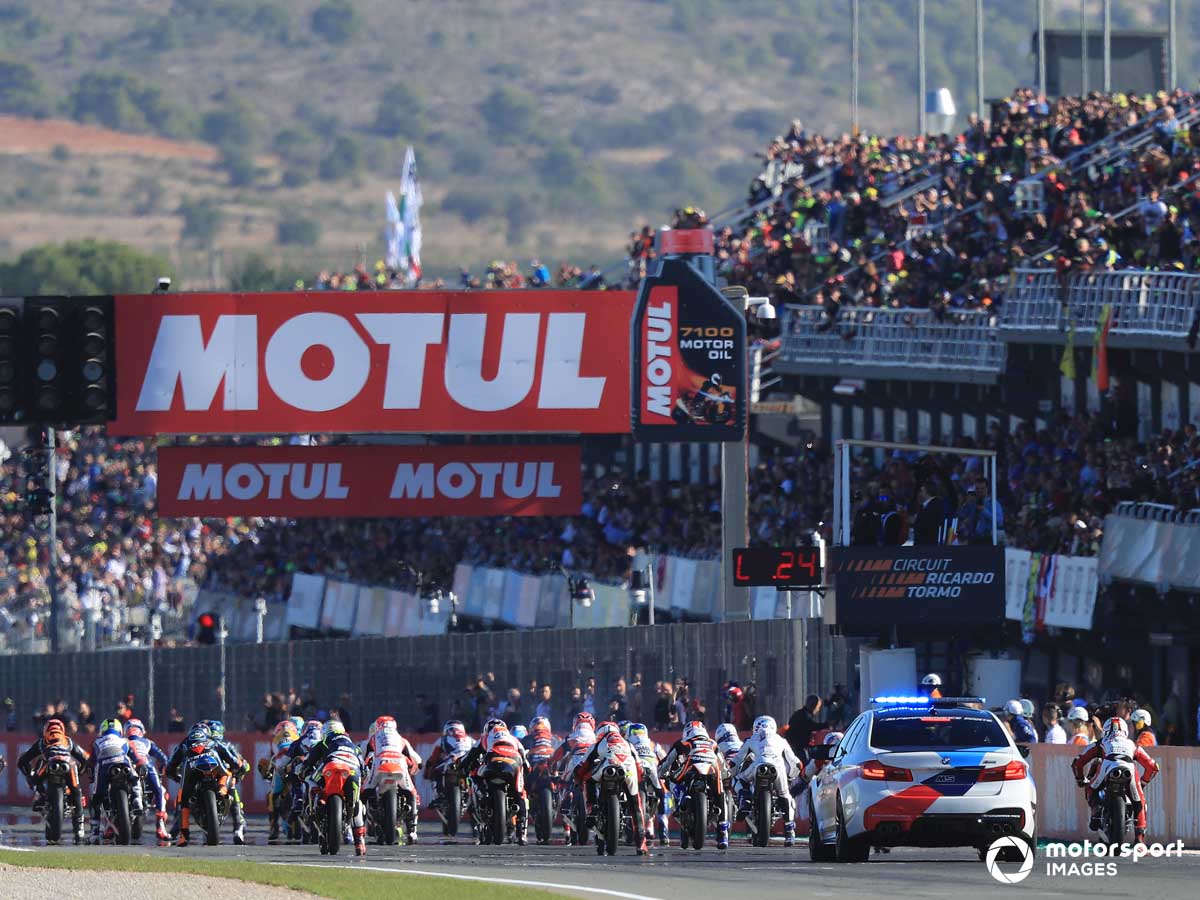 There's often a partisan atmosphere courtesy of its status as the season showdown while the weather in November frequently makes for fine viewing conditions. The sport's leading manufacturers - Yamaha, Honda and Ducati - have shared victory across the past three years, and in 2018 Suzuki and KTM finished on the podium, meaning it's wide open between MotoGP's cluster of teams. Tickets are still available for the 2019 running of this blue riband event, so check out the packages available courtesy of Motorsport Live.

With only two months and 6 rounds to go until the season finale, Valencia will be here before you know it. Renowned for its party atmosphere after the race, you could be there to soak up the atmosphere. Motorsport Live still has the full range of Valencia MotoGP ticket and hospitality options available for the 2019 season finale. What you waiting for?

MotoGP historically visited Buenos Aires and after a prolonged absence the championship made a much-welcomed return to Argentina in 2014. Instead of the country's capital city it ventured to the Rio Hondo circuit in the rural Santiago del Estero region. It can be a challenging venue to reach for foreign spectators, requiring a connecting flight after a long journey, but once there you'll find a passionate fanbase who get behind all of the premier class competitors. 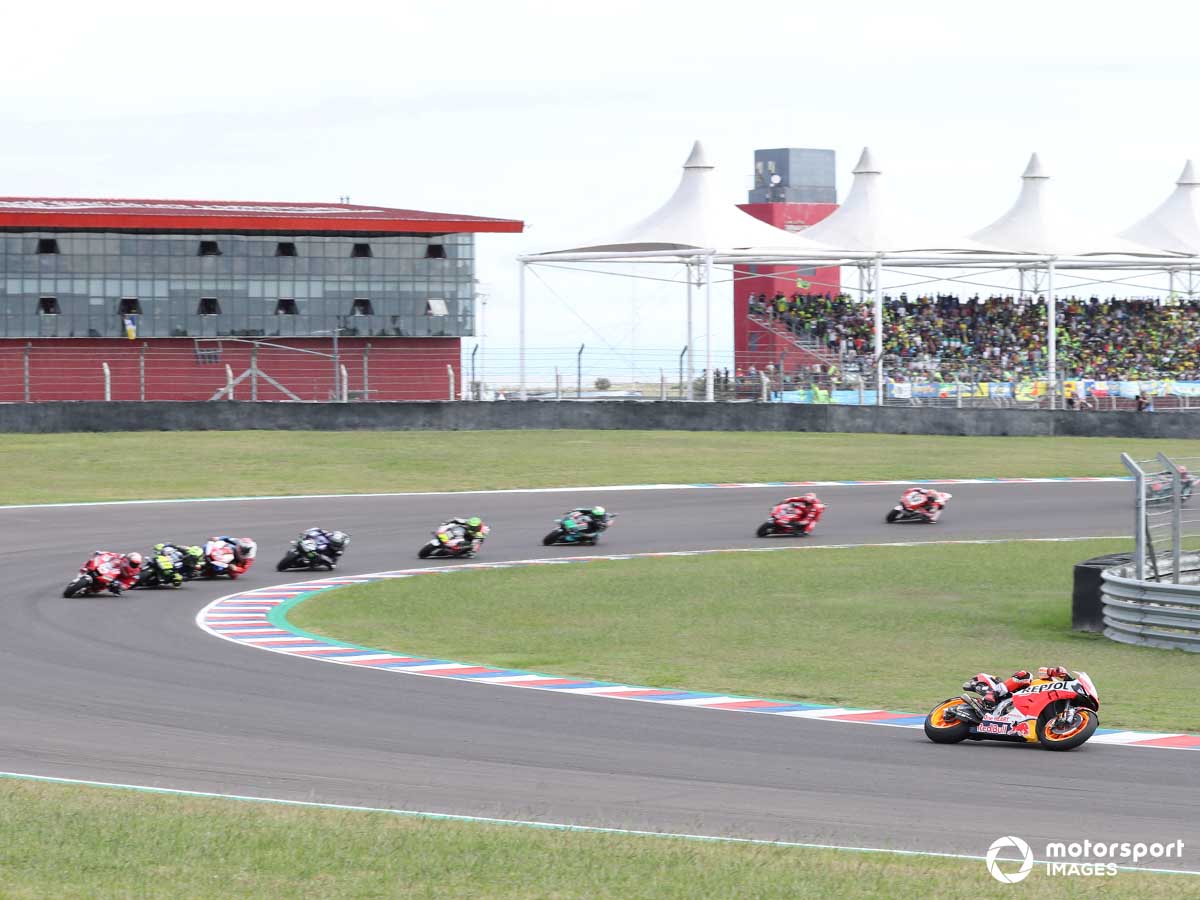 It has been a happy hunting ground for reigning champion Marc Marquez, taking three wins, with the adaptable Spaniard flicking his Repsol Honda RC213V around the Argentine venue. Honda has four wins from six, courtesy of Cal Crutchlow's stunning 2018 triumph, while Yamaha took the other two races, meaning their opponents are playing catch-up in the all-time ranking.

Assen: The Cathedral of Speed. It is the longest-running event on the MotoGP calendar and two-wheeled action has been taking place in Assen for almost 100 years. The fast and flowing circuit has been redesigned through the decades but it remains a fearsome test of rider and machine, with high-speed sections and a final chicane that has led to more than one controversial last-lap showdown. 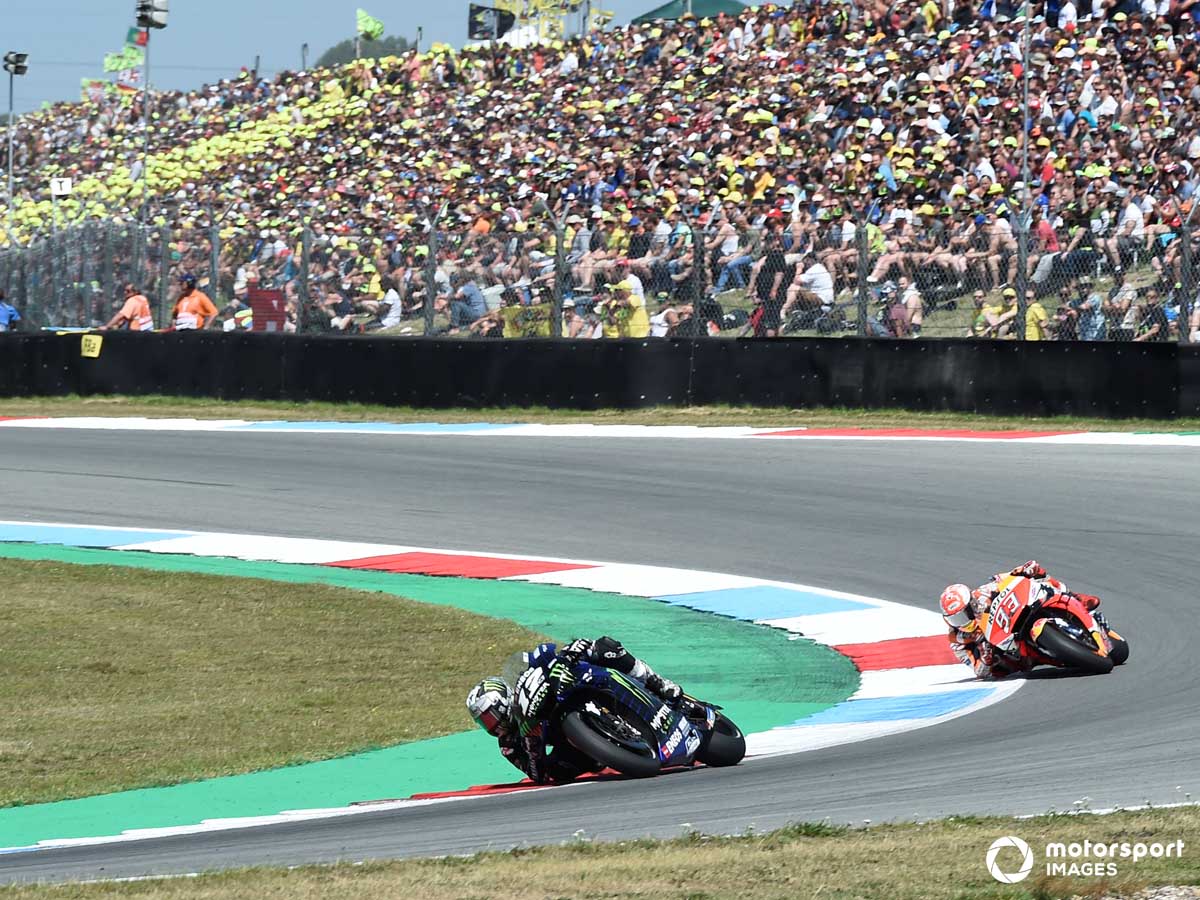 The event used to be held on Saturday but in recent years has taken place on Sunday, bringing the race in line with other Grand Prix. The greats have all triumphed at Assen and in recent seasons it has been a straight duel between Yamaha and Honda, with the Japanese marques taking the last 11 wins between them. Can that streak continue into 2020? Be sure to join in the wild Dutch party to find out.

Motorsport Live has the full range of Netherlands MotoGP ticket and hospitality options are not yet available, but are expected soon. To be notified as soon as these tickets become available, register you interest in this event today at Motorsport Live.

MotoGP makes two trips to Italy on an annual basis, with the verdant sweeping hills of Mugello hosting the country's nominated grand prix, and Misano taking up the San Marino moniker. When you think of Italy what springs to mind? Undoubtedly passion - and that is in rich supply at both events, with the spectators flocking to the respective circuits to give partisan support to nine-time World Champion Valentino Rossi. 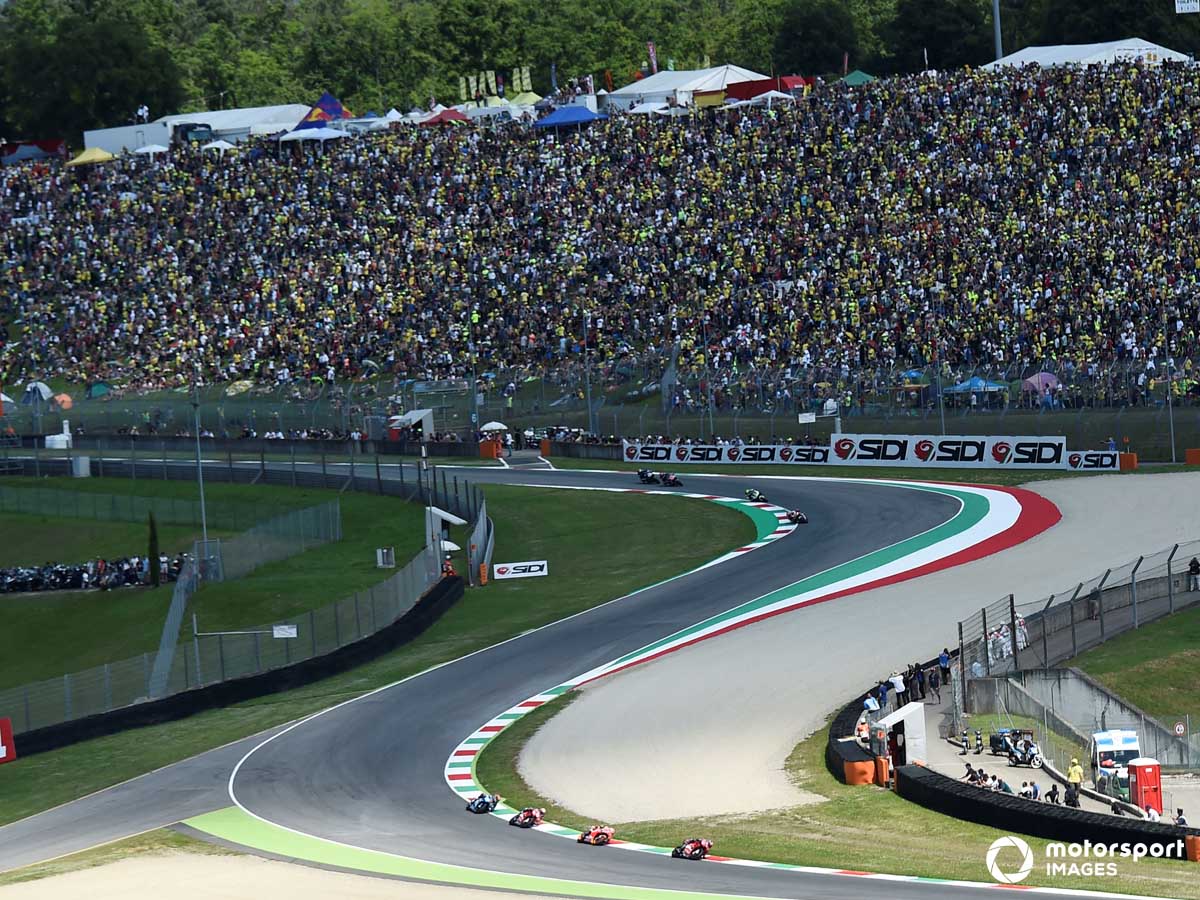 The lengthy main straight at Mugello often leads to sensational slipstreaming action and battles to the chequered flag, with the 2019 race settled in favour of home hero Danilo Petrucci by just 0.043s. The locals fill the grandstands and the grass banks from dawn to dusk from Friday through Sunday, turning the races into festivals in support of their favourites. Ducati have won the last three events at Mugello, making it a happy ride home for the Italians.

2020 Italy MotoGP ticket and hospitality options are not yet available, but are expected soon. To be notified as soon as these tickets become available, register you interest in this event today at Motorsport Live.

MotoGP's new season roars into life at the purpose-built Losail International Circuit in Qatar. It is the only two-wheeled race to take place at night, with the array of floodlights located around the venue creating a stunning spectacle. The temperate conditions make for a pleasant watch while the spate of medium-speed corners, allowing for different lines, and the kilometre-long pit straight, means the riders typically battle closely as they shake off the rust from the lengthy winter break. 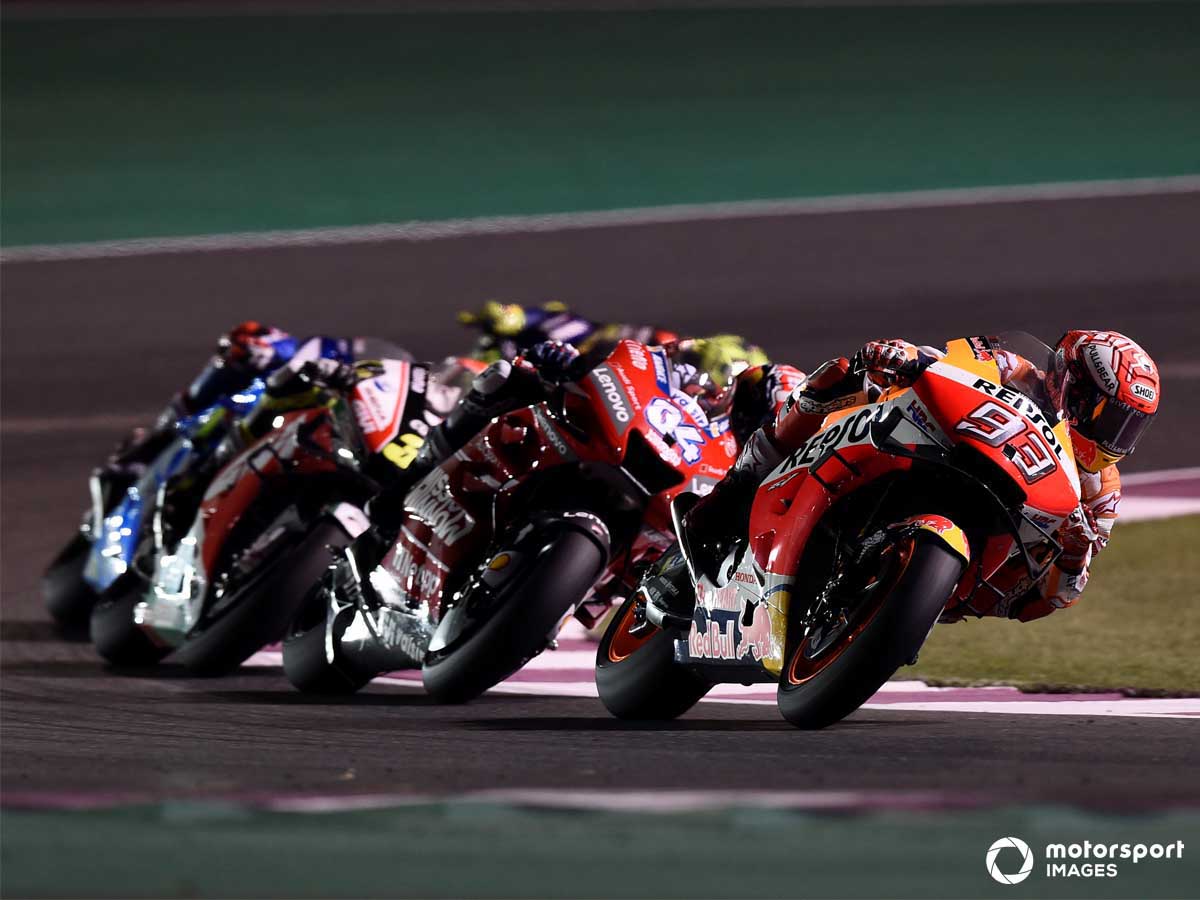 A gap of just 0.023s and 0.027s has split top two Andrea Dovizioso and Marc Marquez after 45 minutes of breathless racing across the last two Qatar Grands Prix. The world-class facilities and affordable prices make Losail high on the list for anyone wanting to combine a tantalising season-opener with a quick break in warm weather. Stay up-to-date with the latest offers from Motorsport Live for March 2020's event.

2020 Qatar MotoGP ticket and hospitality options are not yet available, but are expected soon. To be notified as soon as these tickets become available, register you interest in this event today at Motorsport Live.

Each of these events have their own unique flavour and whichever one you choose you will not be disappointed. Whatever racing you are into, with Motorsport Live, your motorsport experience provider, you can be sure of getting tickets to the racing you love. To see all MotoGP options and buy MotoGP tickets today, visit Motorsport Live. Where will you go next?