Motorsport Live looks at the tracks where Marc Marquez has performed well over the years.

‘Marvellous’ Marc Marquez is a mantra often utilised in order to describe the mercurial talent of the reigning MotoGP World Champion, who has already realigned the statistics in the record books. But what are the best circuits for the Repsol Honda rider? Motorsport Live takes a look through the stats and ponders Marquez best five tracks...

Marquez doesn’t have the ‘King of the ‘Ring’ nickname for nothing. He has not been beaten at the Sachsenring since 2010 and has taken six straight wins at the undulating venue since graduating to the premier class in 2013. Marquez’s impeccable record has nonetheless had its ups and downs. The most extraordinary moment came in 2016 when a tyre gamble left him skating through the gravel, but he remained upright, avoided the barriers, and went on to triumph. The abundance of left-hand turns at the circuit perfectly plays to Marquez’s strengths, courtesy of his dirt track upbringing and training, while historically Honda’s RC213V has coped well with the short, sharp corners in the tight confines of the Sachsenring.

To book tickets for the Sachsenring MotoGP, please click here. 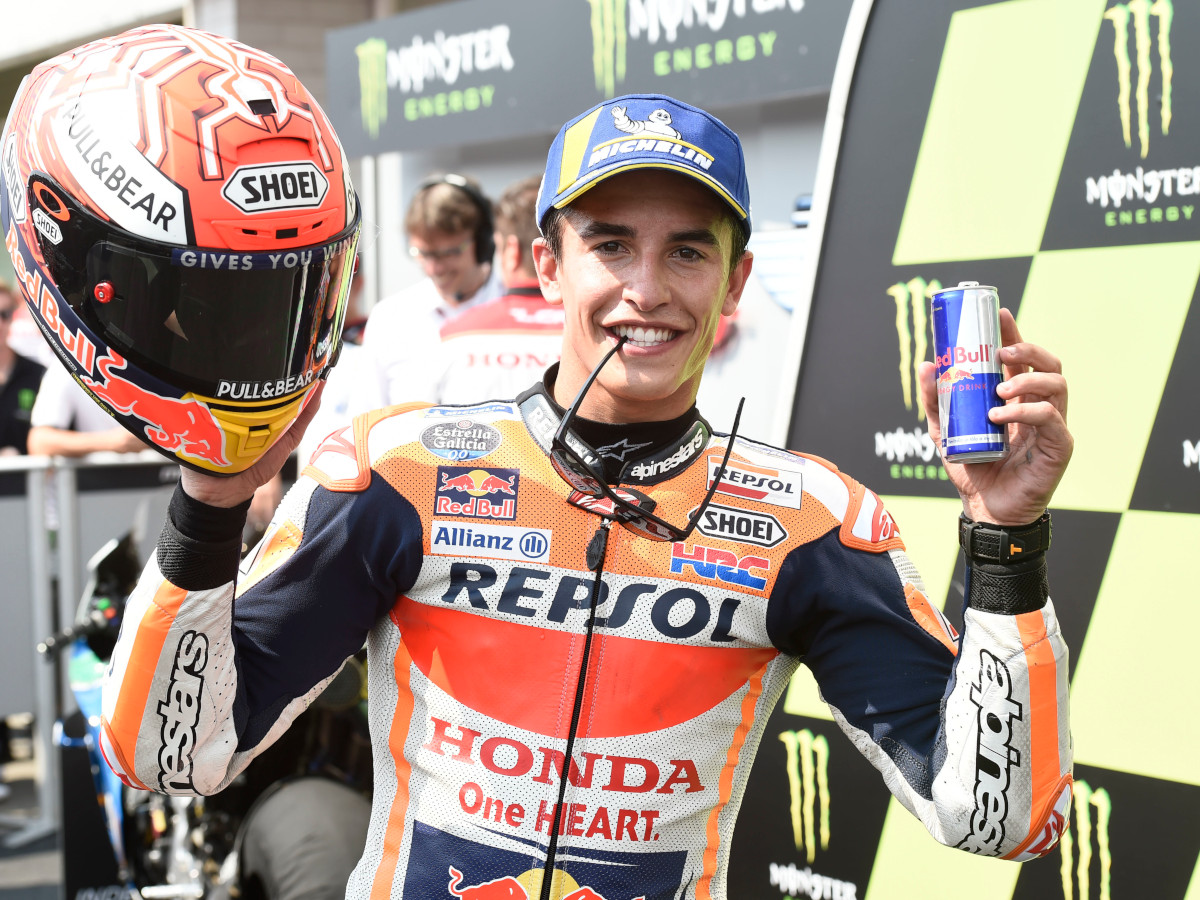 MotoGP has four Spanish venues but it’s at MotorLand Aragon where Marquez truly excels. In hailing from nearby Cervera the grand prix is in effect a truly home event for the 26-year-old, with the MM93 fan club always a vocal presence. Marquez has four wins in the premier class at the rural event and is unbeaten since 2016. Another win eluded him in 2014 when, with the title already in effect under lock and key, a dry tyre gamble backfired and he was pitched off his RC213V, costing him the lead and a likely win. Last year’s event was doused in controversy as a Turn 1 clash with Jorge Lorenzo left his future team-mate with a fractured ankle.

To book tickets for the Aragon MotoGP, please click here.

Misano is firm home territory for both a fired-up Valentino Rossi and the Ducati team but still Marquez has managed to snatch two wins in MotoGP, off the back of three straight victories in 125cc and Moto2 at the venue. An inspired tyre choice in wet/dry conditions catapulted Marquez into the lead during his troublesome 2015 season while two years later similarly slippery weather played to Marquez’s natural feel and he triumphed. With five wins overall Marquez has tasted the champagne more than any other rider at Misano, while if he can add to his tally in 2019 it’ll draw him level with arch rivals Lorenzo and Rossi on premier class victories.

To book tickets for the Misano MotoGP, please click here. 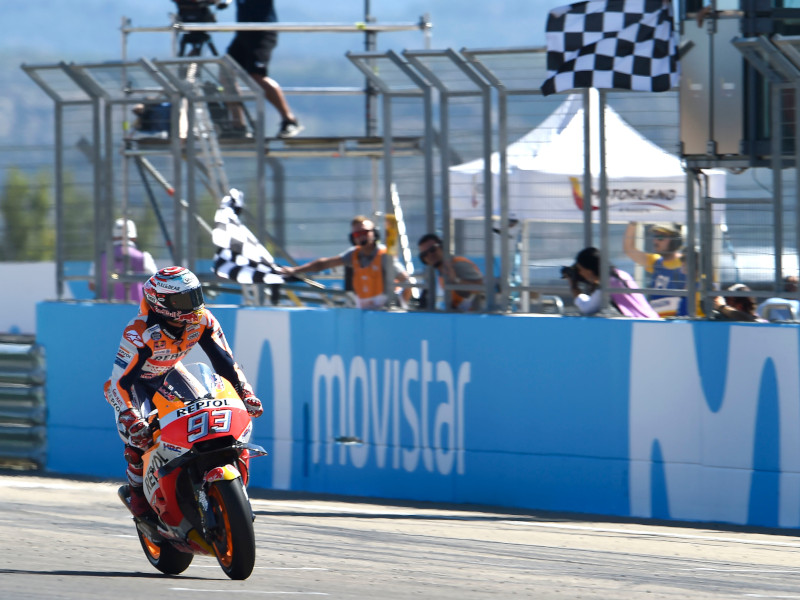 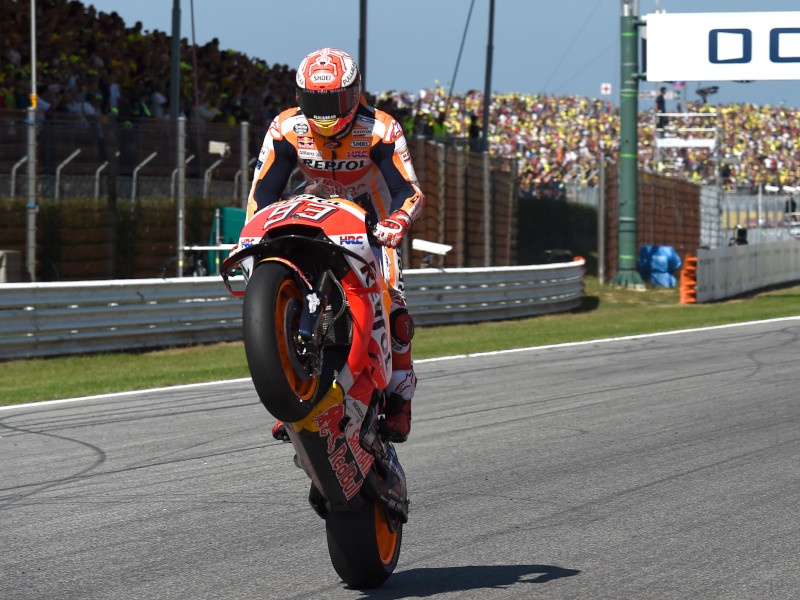 Honda’s home track has been a happy hunting ground for Marquez of late. Marquez triumphed in both 2016 and 2018 and those respective wins meant he wrapped up the world title in front of Honda’s senior hierarchy and its passionate spectators. In between those victories he played second fiddle by just a quarter of a second to Andrea Dovizioso after an epic scrap in atrocious weather conditions, while he also won at the venue in both 125ccs and Moto2 prior to his step up to the top level. The low speed corners that allow Marquez to exploit his natural aggressive style often works wonders at Motegi, and he’ll be determined to give Honda more success at the circuit.

To book tickets for the Motegi MotoGP, please click here. 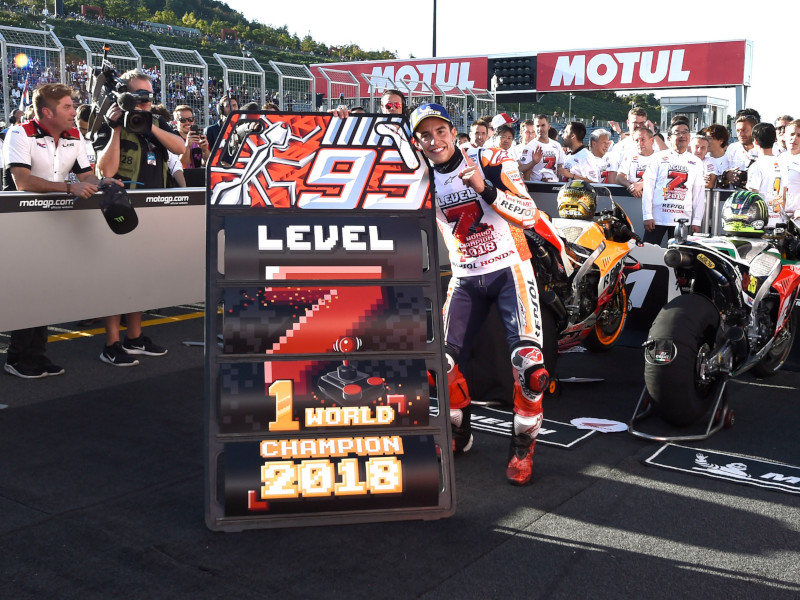 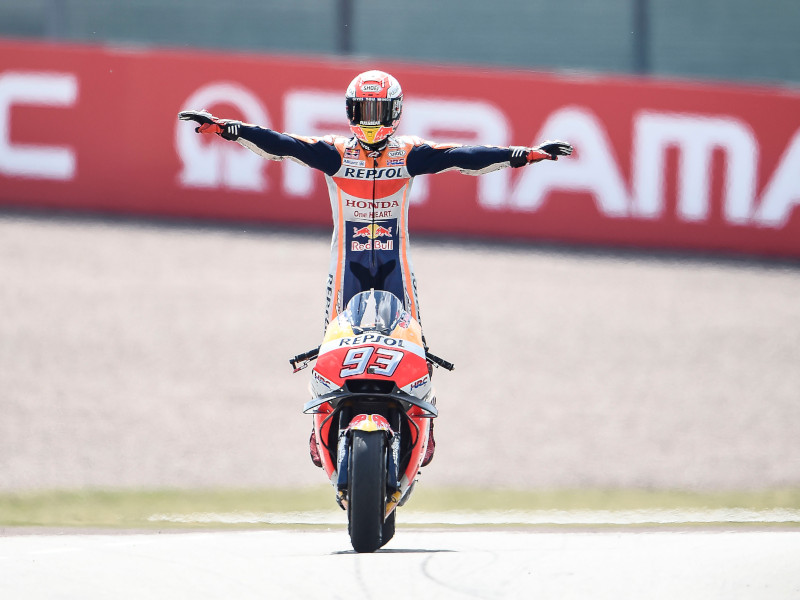 MotoGP’s traditional post-summer break opener has typically been a strong venue for the five-time champion, who has never finished outside of the top four in the Czech Republic. Marquez triumphed at Brno in 2013 and remained a front-runner throughout, before finally adding to his win tally in 2017, en route to the crown. The only major blot came in 2014 when his astounding streak of 10 wins came to an end at the country, but his overall statistics have more than made up for that little blip.

To book tickets for the Brno MotoGP, please click here.

With 13 races left of the season, there is a lot of action still set to happen. Marquez is a title favourite, but Dovizioso, Rins, Petrucci and Rossi are all in contention. To experience the action of MotoGP, book tickets with Motorsport Live, your dedicated ticket provider for all circuits on the MotoGP calendar in 2019.